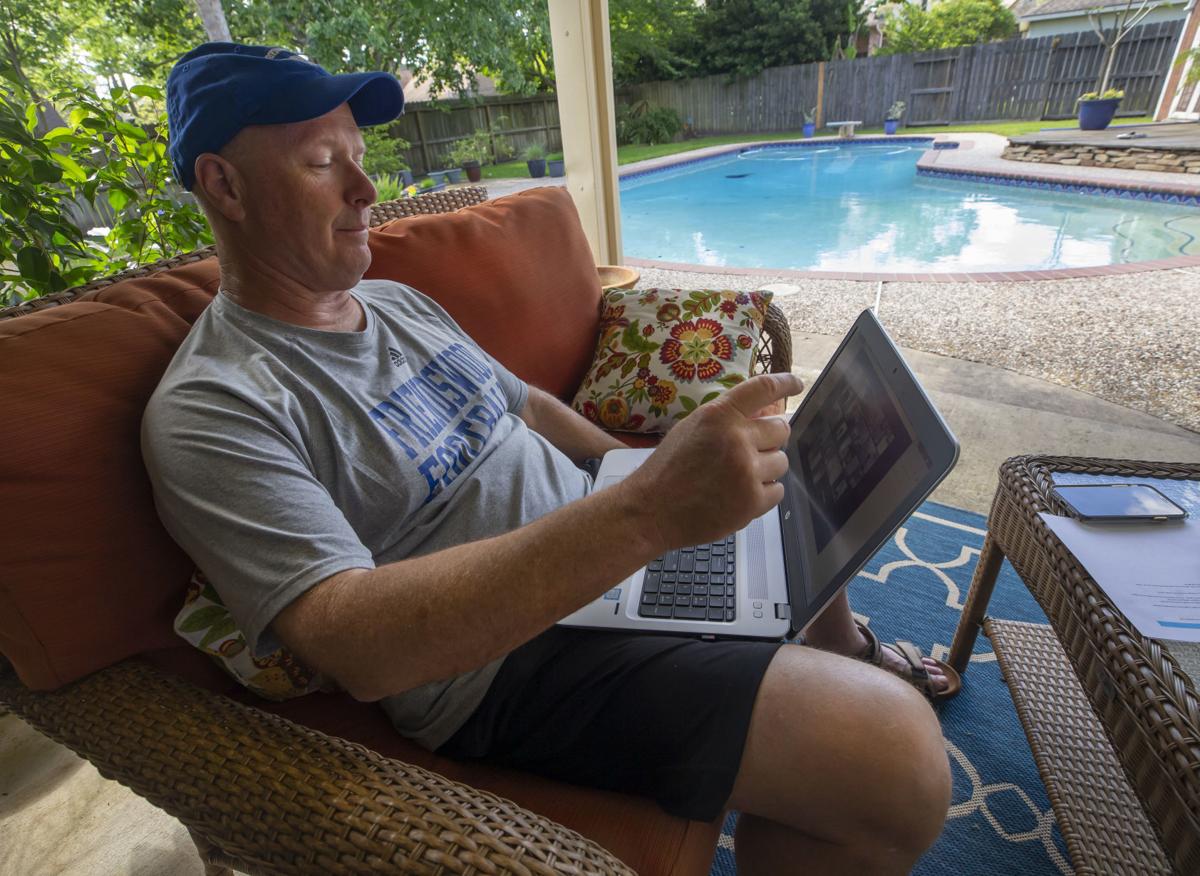 Friendswood head football coach Robert Koopmann uses his laptop to conduct a meeting with his coaches and players at his house in Friendswood on Wednesday, April 1, 2020. 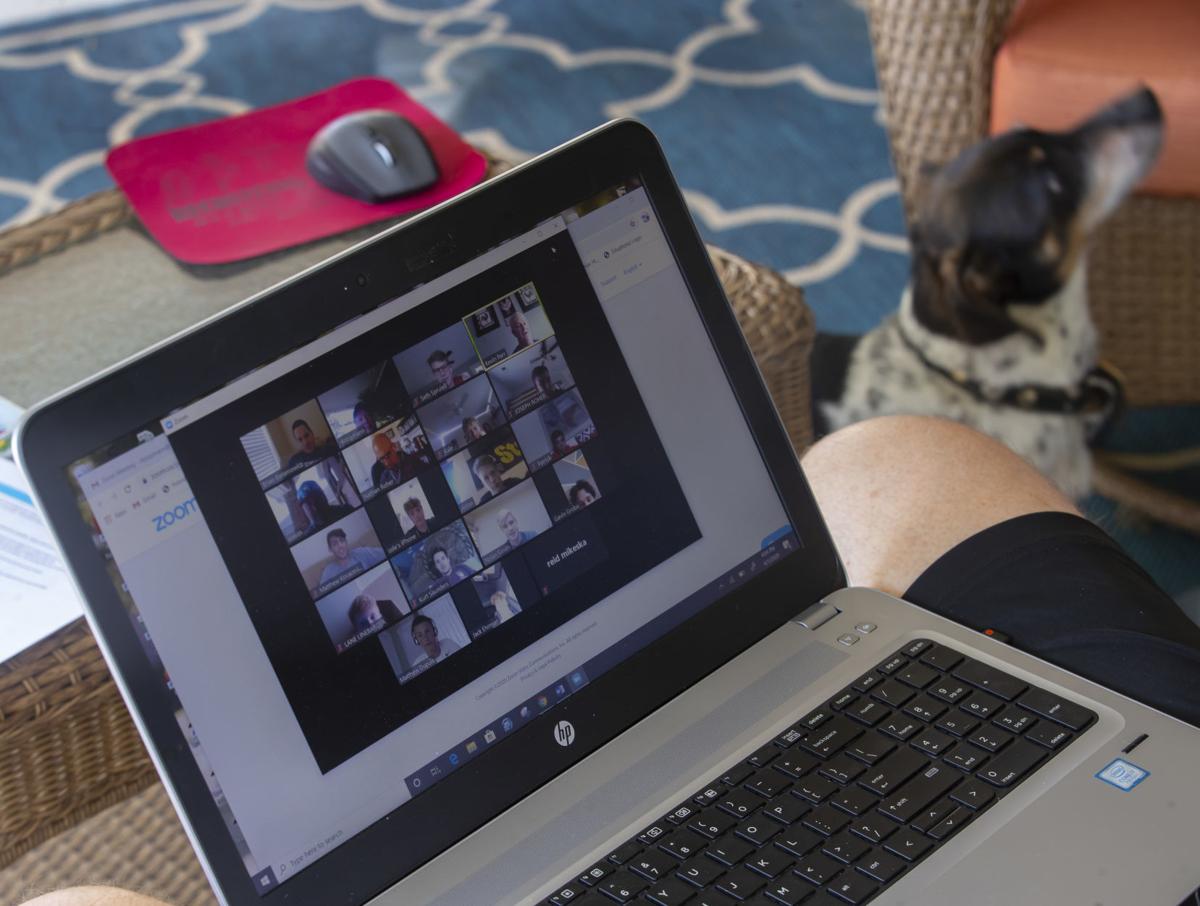 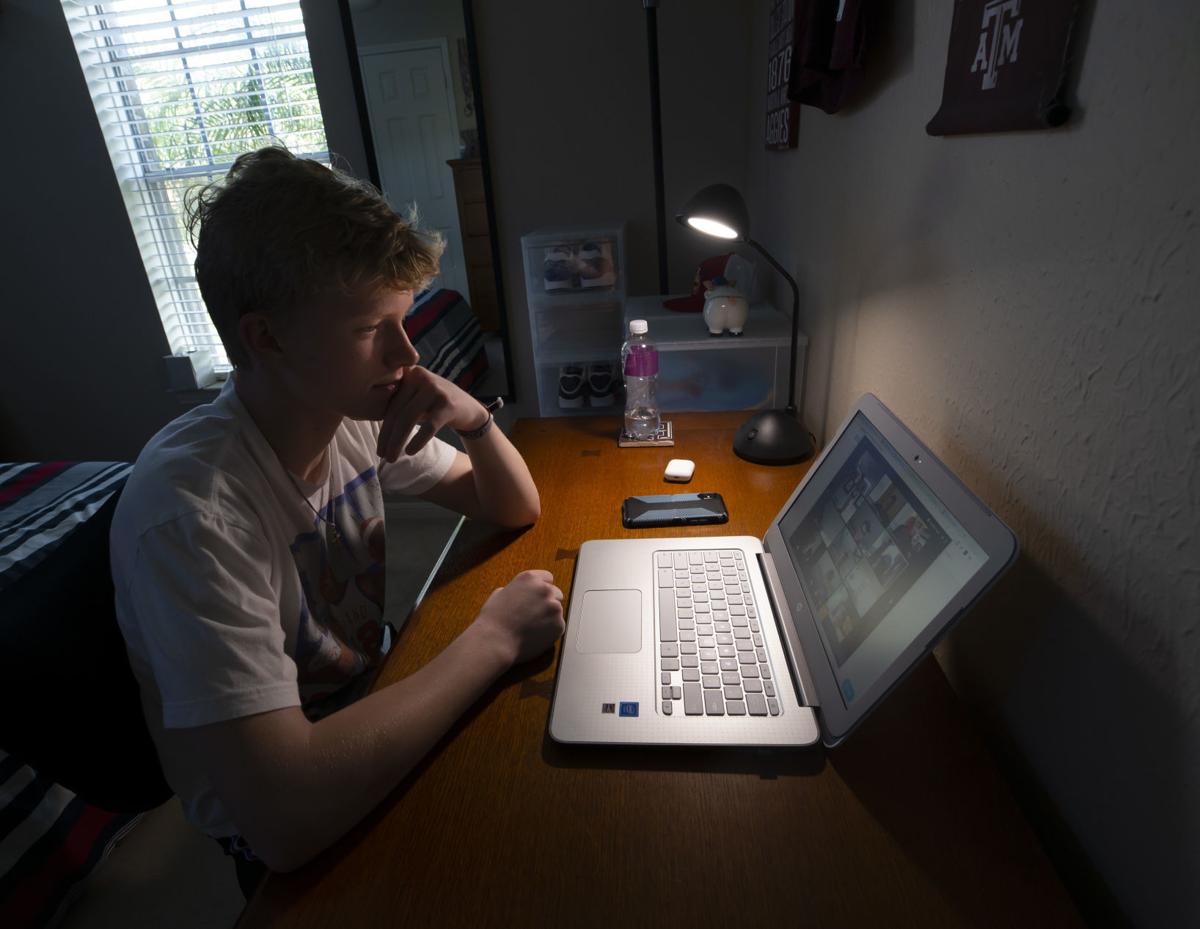 Friendswood High School football player Kale Koopmann participates in an online meeting lead by his father, head coach Robert Koopmann, and other coaches at his house in Friendswood on Wednesday, April 1, 2020.

Friendswood head football coach Robert Koopmann uses his laptop to conduct a meeting with his coaches and players at his house in Friendswood on Wednesday, April 1, 2020.

Friendswood High School football player Kale Koopmann participates in an online meeting lead by his father, head coach Robert Koopmann, and other coaches at his house in Friendswood on Wednesday, April 1, 2020.

When Clear Springs head softball coach Jennifer Knight logged into a teleconference meeting Friday with her Chargers players, it was the first time she had seen their faces in almost a month.

The Chargers are supposed to be in the middle of what was shaping up to be a promising season, and Knight would normally see and coach her players on a nearly daily basis. But, there’s nothing normal about what’s going on in the sports world, far and wide, right now.

“You forget just how much you love and miss them,” Knight said. “You forget until you see them again, and it was just nice to see everyone.”

With schools closed until at least May 4 because of coronavirus concerns, Galveston County coaches are turning to teleconferencing apps to continue coaching their student-athletes. The University Scholastic League recently amended its restrictions on coaches being able to coach players while schools are closed, allotting as much as an hour a day.

Clear Springs’ Zoom meeting was more about checking on how players were doing as opposed to discussing strategy or watching game video, Knight said. Going forward, the team will use the Zoom app to meet every Friday afternoon.

“It was nice to see everyone’s face after not seeing everyone for so long,” Knight said. “It was a different experience, but it was interesting to me just how easy it was to fall back into how we normally are. Everyone was as silly as ever.”

In a news release issued Friday, the UIL reaffirmed its commitment to allow suspended high school sports seasons to finish, so spring sports are remaining as engaged as current stay-at-home orders will allow.

“UIL has given us some hope that we might get a chance to play again, so we want to make sure we’ll be ready if we get the opportunity to come back and get to play,” Knight said.

Although they’re not in season, under normal circumstances at this time of year, the Friendswood Mustangs football team would still be in full football mode — practicing as if they were in season

Last week and going forward for the foreseeable future, though, Friendswood head football coach Robert Koopmann, along with his assistant coaches, will review game video and teach players from their respective homes.

“I had never gone on Google Meet or Zoom before a day in my life,” Koopmann said Wednesday from his back porch during a wide receivers meeting being conducted on the Google Meet app. “So, we’ve learned some technology here.

“Kids learn differently,” Koopmann added. “Some kids — especially, offensive linemen — you can put it on a whiteboard, and they’ll get it. Some have to learn on the field. I’ve found out a majority of the kids need to be on the field to get it and to learn it. So, we’re losing that, but everyone is. We’re in the same boat as everyone else.”

The Dickinson Gators football team was supposed to gear up for its annual spring game, but Friday, they, too, were conducting football business via Google Meet instead.

In this particular meeting, the Gators’ offensive linemen met with assistant coaches Tom Martin, Ben Stewart and David Wilkinson to review pass and run blocking schemes, as well as the team’s standards for offensive linemen and some inspirational quotes.

Wilkinson closed the roughly 40-minute long coaching session with some words of encouragement during this uncertain time.

“Make the best of this situation, gentlemen,” Wilkinson said.