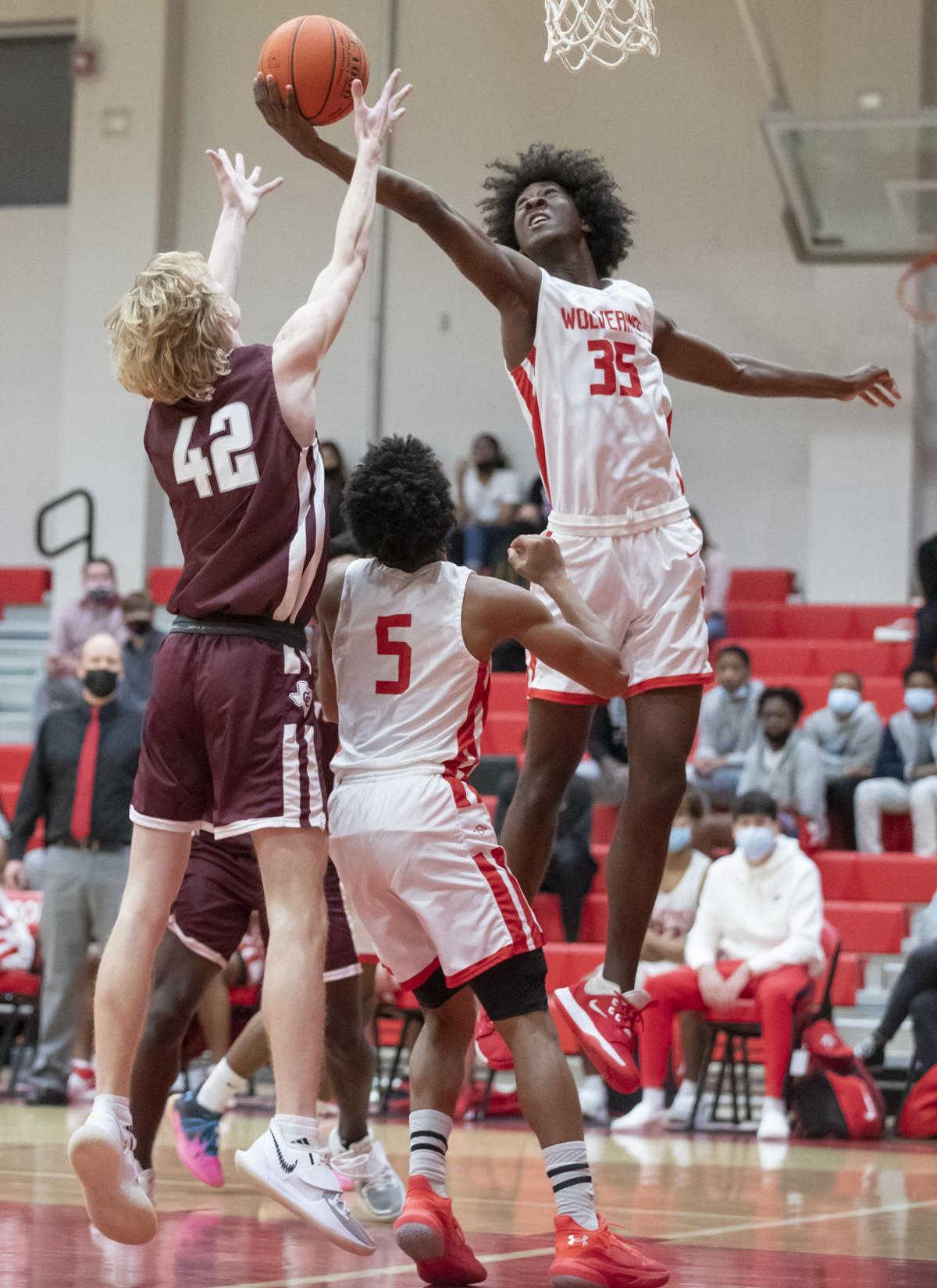 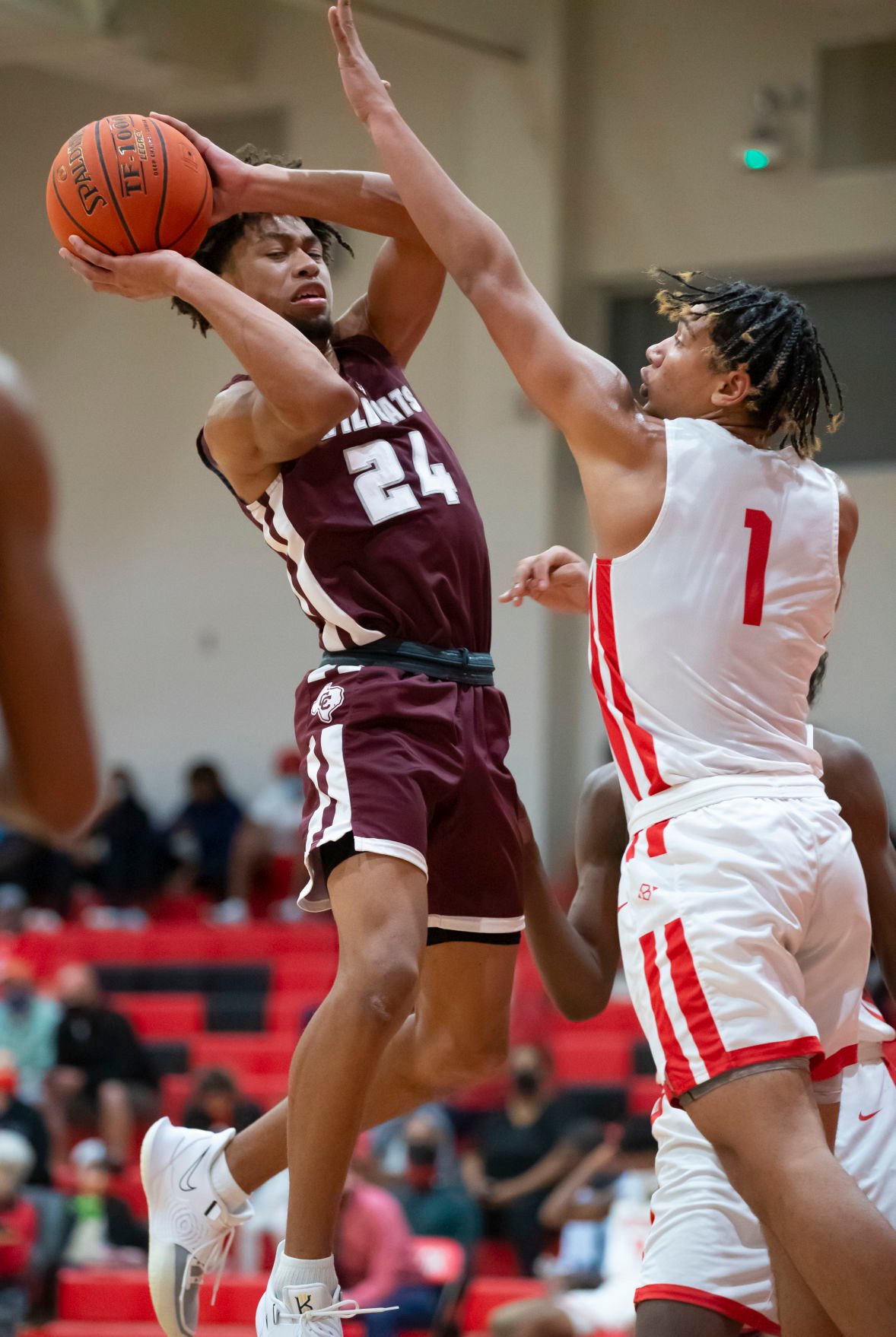 Clear Creek’s Jeremiah Cams goes up for a shot against Clear Brook’s Christian Bradshaw during the second quarter at Clear Brook High School in Friendswood on Thursday, Dec. 31, 2020. 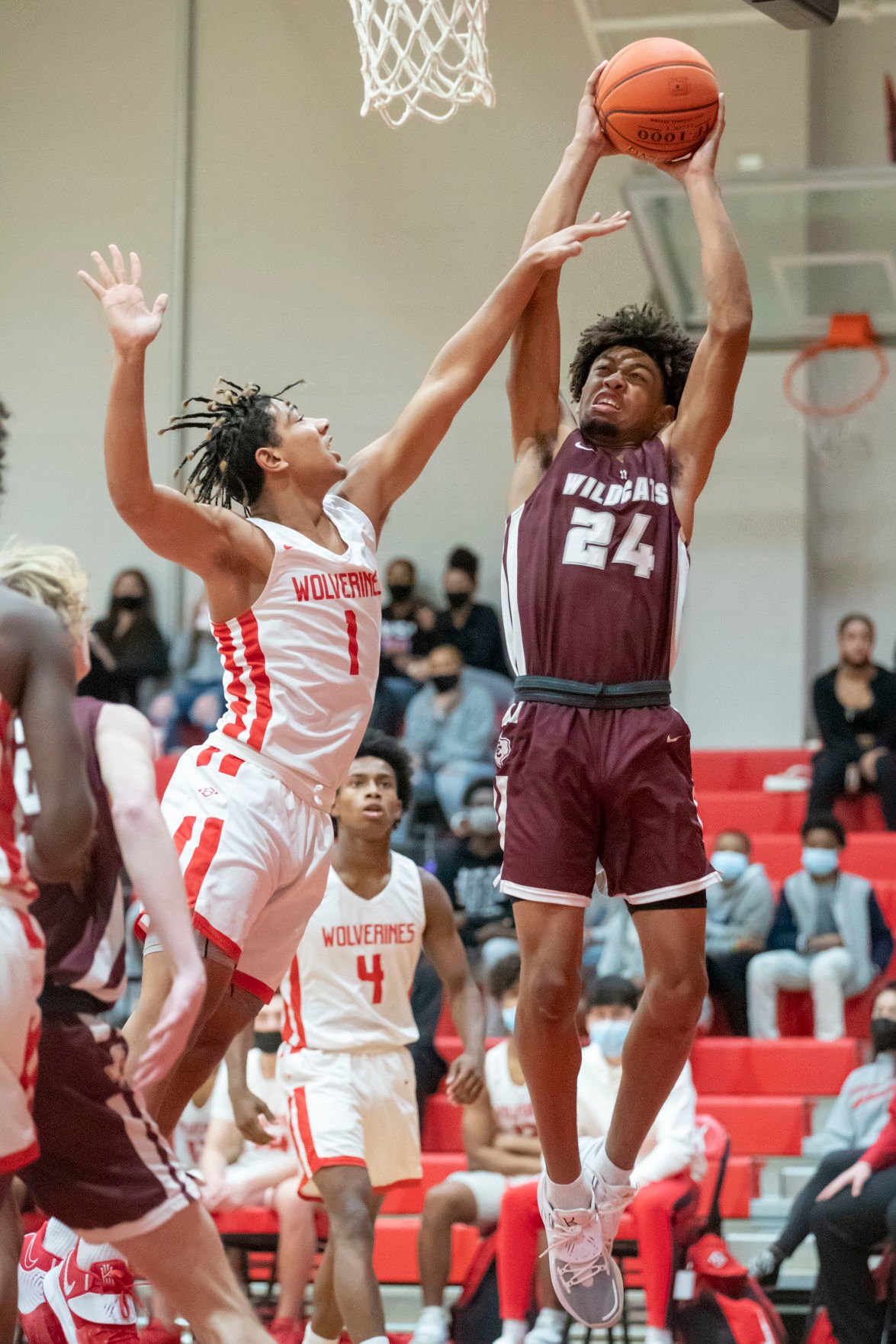 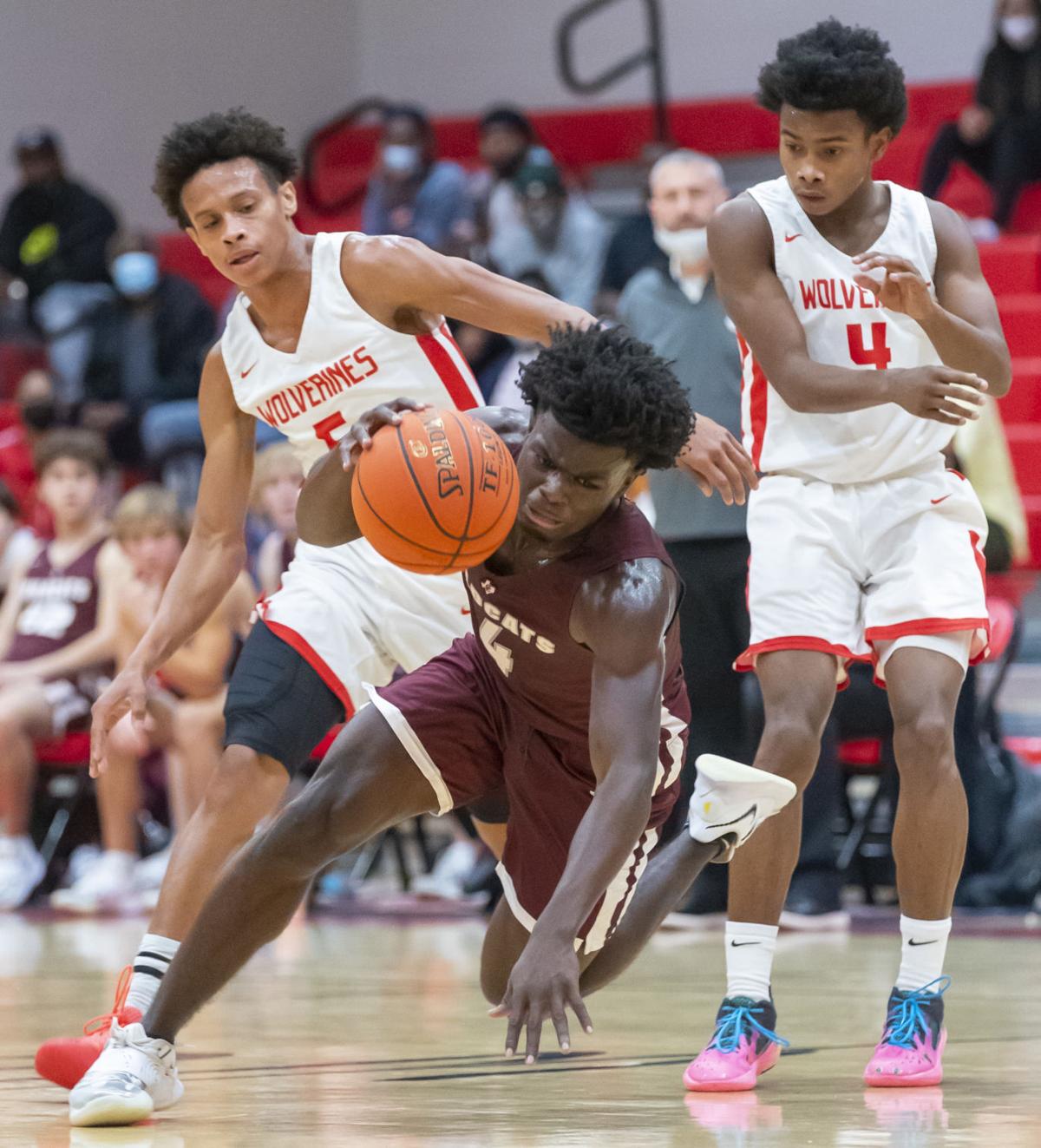 Clear Creek’s Maurice Pinnock loses his footing while moving the ball up the court during the first quarter against Clear Brook at Clear Brook High School in Friendswood on Thursday, Dec. 31, 2020.

Clear Creek’s Jeremiah Cams goes up for a shot against Clear Brook’s Christian Bradshaw during the second quarter at Clear Brook High School in Friendswood on Thursday, Dec. 31, 2020.

Clear Creek’s Maurice Pinnock loses his footing while moving the ball up the court during the first quarter against Clear Brook at Clear Brook High School in Friendswood on Thursday, Dec. 31, 2020.

Clear Brook’s speed and tenacious defense helped the Wolverines build a sizable early lead, and they were able to maintain their advantage until the final whistle in a 75-64 win over the Clear Creek Wildcats at home Thursday.

“What makes us really difficult and what has helped us win games is our speed and quickness,” Clear Brook head boys basketball coach Nathan Janak said. “We’re going to guard for 94 feet, we’re going to pressure people, and we’re just going to try to make the game a faster game.

“The kids have bought into what we want to do defensively, and they love to practice defense and love to play defense in the game,” Janak added. “That has really paid off for us this season.”

A 3-pointer knocked down by Coleman Kramm gave Clear Creek a 5-4 lead at the 6:06 mark of the first quarter, but then Clear Brook exploded for 14 unanswered points over a 2:37 stretch in what turned out to be a crucial scoring sprint for the Wolverines.

The Millender brothers, Ke’Mauri and Marcus, led Clear Brook’s first-quarter run with five points apiece, and the other four points came on a pair of buckets in the paint from Christian Bradshaw.

“We came out with a lot of energy, and we were pretty quick defensively,” Janak said. “That’s kind of what makes us go, and that was the game plan. Our challenge right now is to play like that for longer stretches. We talked after the game about being more consistent. If we want to be a really great team and win a lot of district and qualify for the playoffs and try to win some playoff games, we have to be more consistent.”

Back-to-back 3-pointers from Maurice Pinnock ended Clear Creek’s dry spell, but Clear Brook answered with a 7-0 run that stretched from late in the first quarter to early in the second.

The Wolverines took a 45-28 into the halftime break, and led 65-46 at the midway point of the fourth quarter before the Wildcats made one final push to try to claw their way back into the game.

A 3-pointer from Kramm ignited an 11-2 run that got Clear Brook’s lead down to 67-57 with 1:10 left to play, but Ke’Mauri Millender went 6-for-6 on free throws after that to help the Wolverines preserve the win.

“In both our games this week, we played better after the opening quarter; the problem is we need to come out of the gate faster,” Clear Creek head boys basketball coach Wes Bryan said. “We’re struggling understanding the urgency of the game.”

Ke’Mauri Millender scored a game-high 27 points and pulled down six rebounds to lead Clear Brook. Younger brother Marcus Millender chipped in 16 points, and Bradshaw added 12 points and six rebounds. Tosh Lyons was a beast on the boards with a game-best 12 rebounds to go along with four points.

The Millender brothers combined to shoot 20-for-25 at the free throw line, while the rest of the team made 1 of 2 from the charity stripe.

Kramm led Clear Creek with 23 points, which included five made 3-pointers — half the team's total made 3-pointers. Pinnock had 17 points, and Jeremiah Cams stuffed the stat sheet with 13 points, 11 rebounds and four blocks.

The Wildcats (0-2) continue a busy week with their third district game in four days 1 p.m. Saturday at Clear Lake.