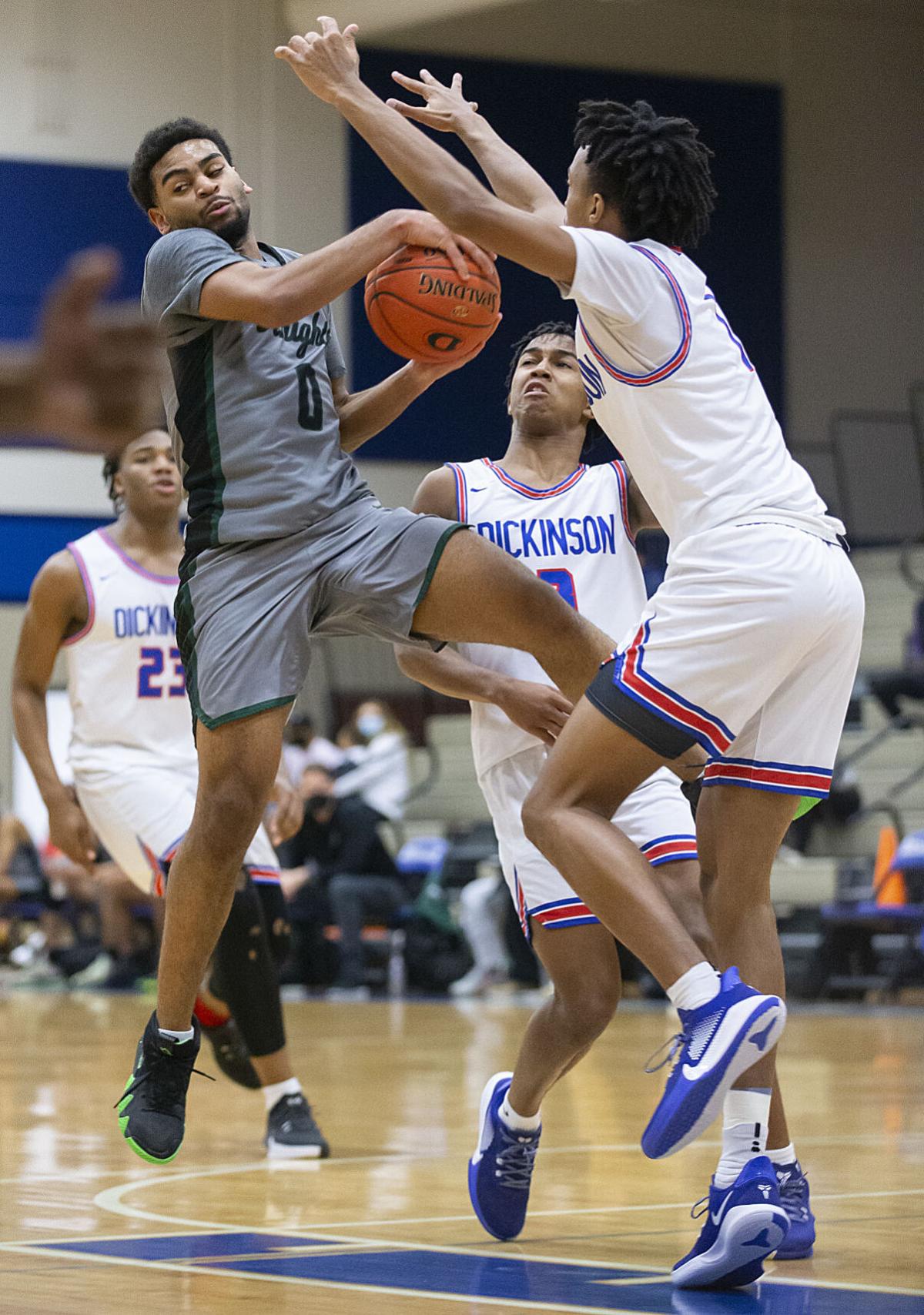 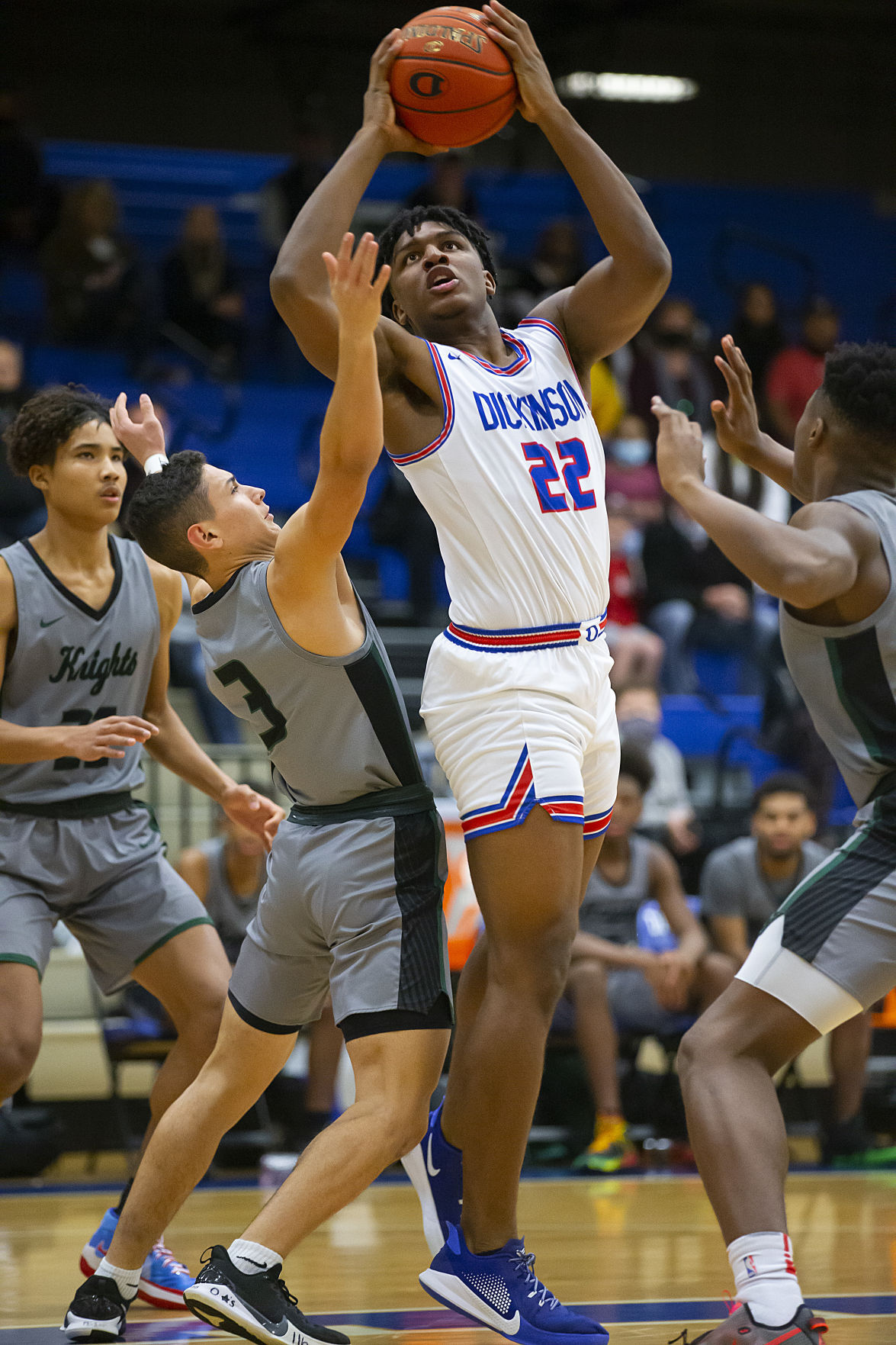 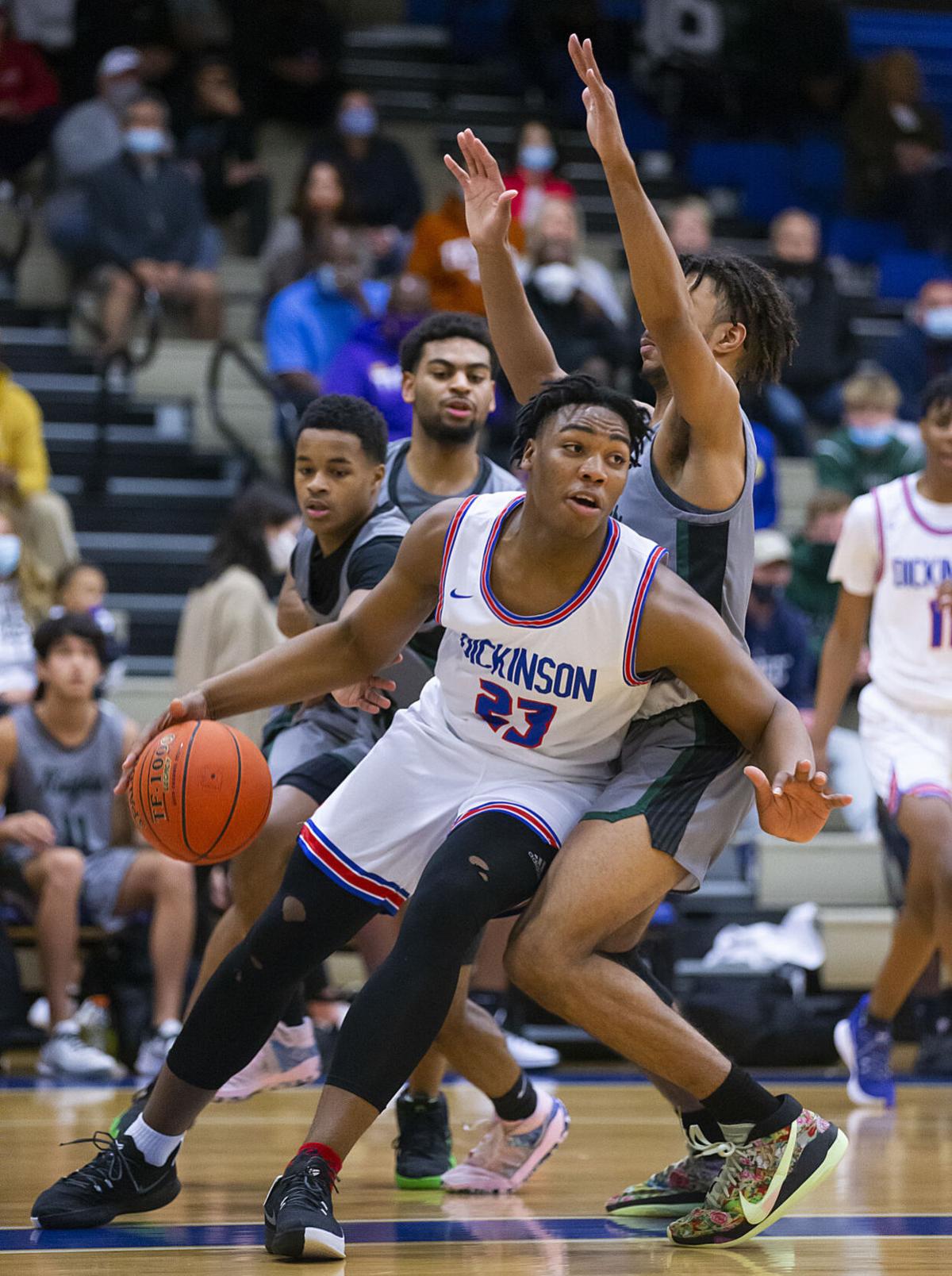 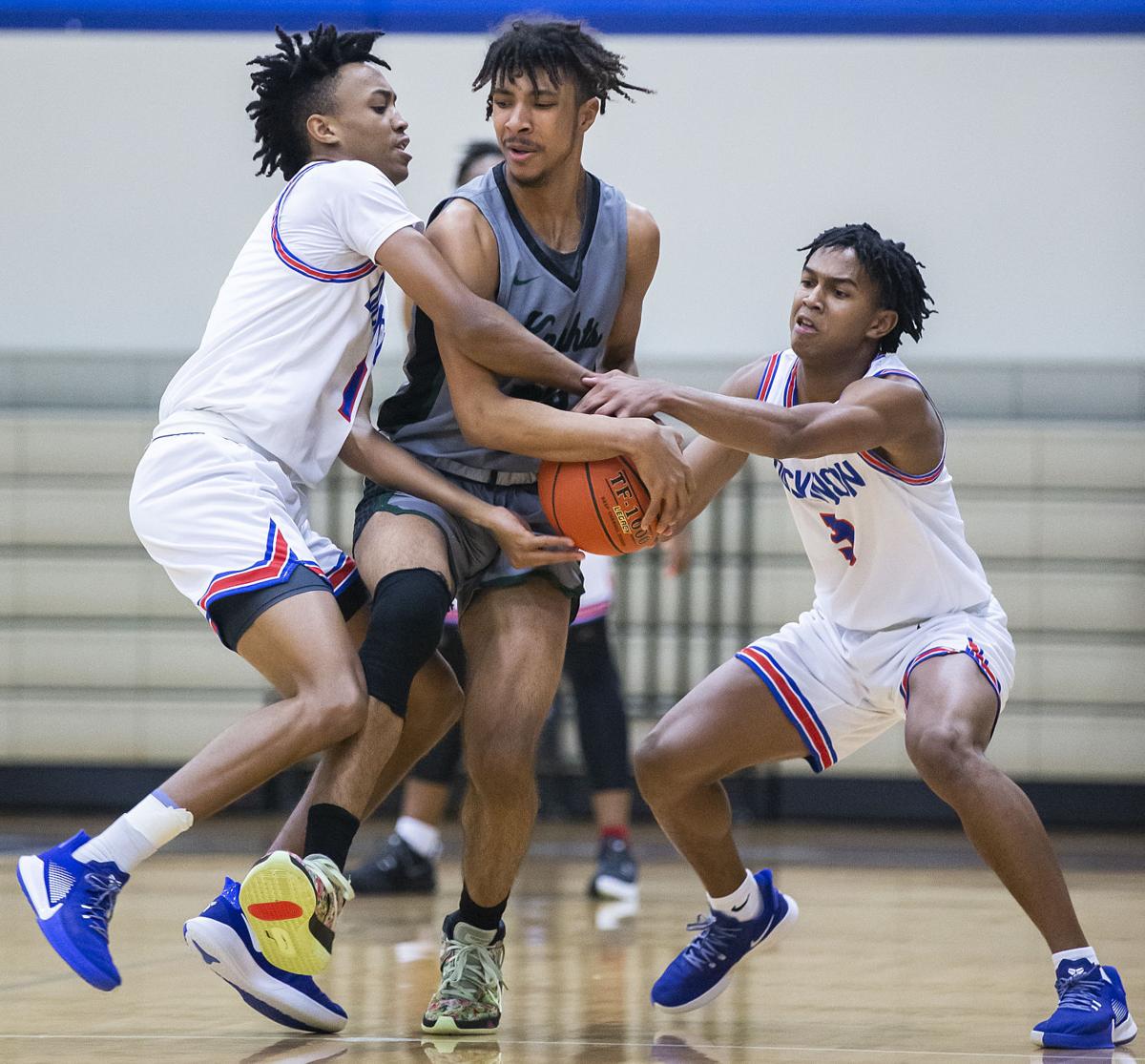 At no point did Dickinson Gators head boys basketball coach Jason Wilson think getting a win Saturday night to clinch the program’s sixth straight playoff berth would be easy — not even with big shots falling and a sizable lead against a Clear Falls Knights team playing its fourth game in four nights.

The Gators led Saturday’s regular season finale wire-to-wire, but had to withstand a heart-pounding fourth-quarter comeback bid by the Knights to come away with a 62-57 home win.

“It took a collective effort,” Wilson said. “I try to remind myself and the team all the time that the game of basketball is made of runs. It’s going to flip flop, and you just have to withstand it. And, how we withstand it is with our defense trying to get the timely stops.”

Dickinson finished with a 38-23 rebounding advantage with none bigger than Patrick Williams’ offensive rebound and put-back basket for the final tally that sealed the win for the Gators with 19 ticks left on the clock.

Leading 53-42, Dickinson hit Clear Falls with a big 1-2 punch of a banked in 3-pointer from Vernon Glover Jr. and a rim-rattling slam dunk from Donovan Pointer, who also swished five 3-pointers in the game.

Tyler Sillen-Hopkins’ third and fourth made 3-pointers of the fourth quarter jumpstarted Clear Falls’ big run. Corey Kelly added a 3-pointer to the run, and after a pair of made free throws, Orlando Horton Jr. drilled a deep 3-pointer.

“I think it says a lot about how competitive they are and how much they care about winning,” Clear Falls head boys basketball coach Blake Joy said about his players’ late-game effort.

Because of COVID-related postponements, Clear Falls was playing a competitive game for a fourth consecutive night, but nerves more than fatigue factored into a slow Knights start that saw Dickinson jump out to a 10-0 lead, Joy said.

“I thought we were too serious at the start instead of playing relaxed and free like we have,” Joy said. “It looked like we had something to lose tonight, and that’s not how we play our best. We play our best when we go out there and act like we’re playing with house money.”

Jackson Mills splashed consecutive 3-pointers to give Dickinson a 21-5 lead with 1:13 remaining in the first quarter, but the Knights ended the period with 6-0 run capped by a buzzer-beating bucket down low from Carson Lindsey to trim the Gators’ lead to 21-11.

The Gators held a 32-22 lead at the halftime break, and hit Clear Falls an 11-2 run to end the third quarter ahead 50-34. Back-to-back 3-pointers from Pointer sparked the run, and Mills capped it with his third made 3-pointer of the night.

Sillen-Hopkins was Clear Falls’ leading scorer with 17 points and led the Knights on the boards with eight rebounds. Kelly had 10 points and three blocks, and Horton also had 10 points. Lindsey chipped in eight points and five rebounds.

Dickinson will be the No. 3 seed out of District 24-6A and will face Pearland Dawson in the Region III-6A bi-district playoffs at a time and location to be determined.