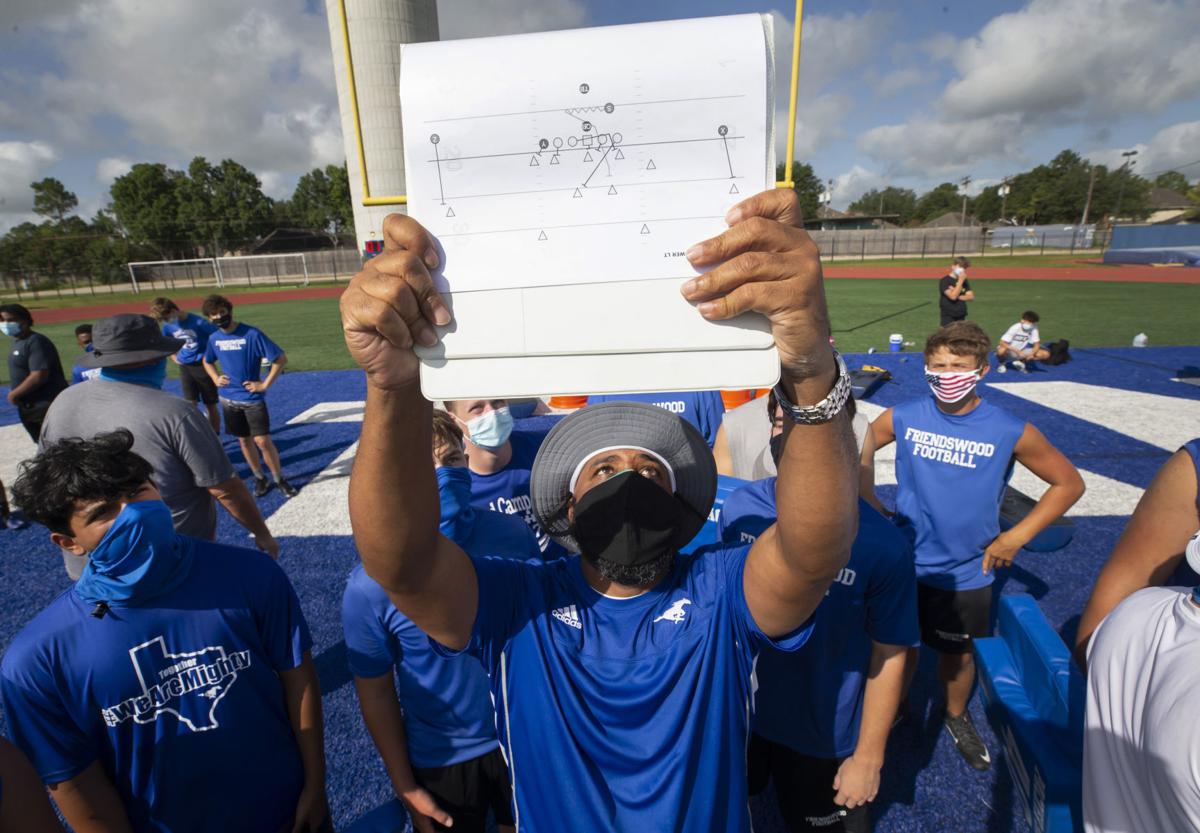 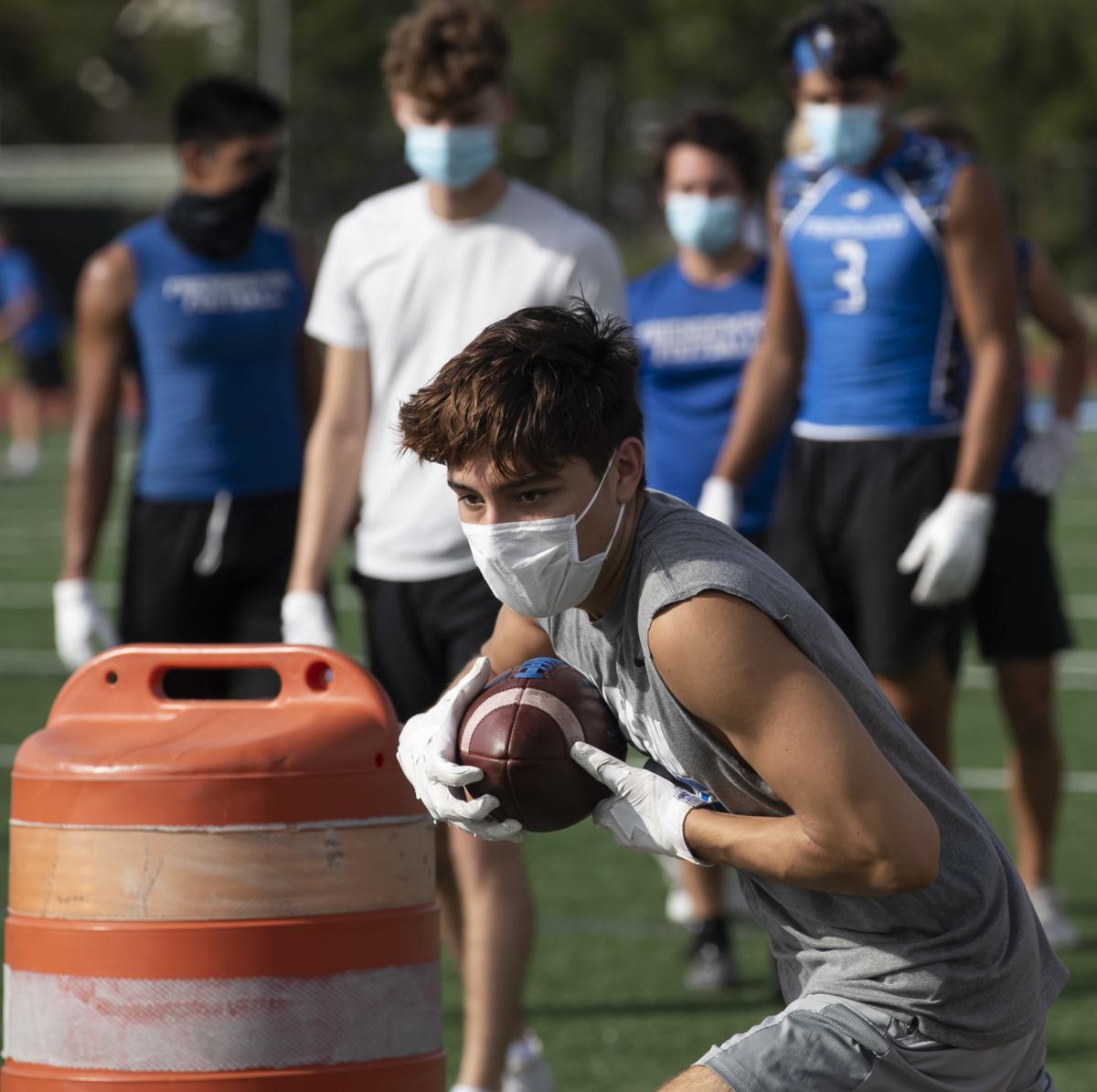 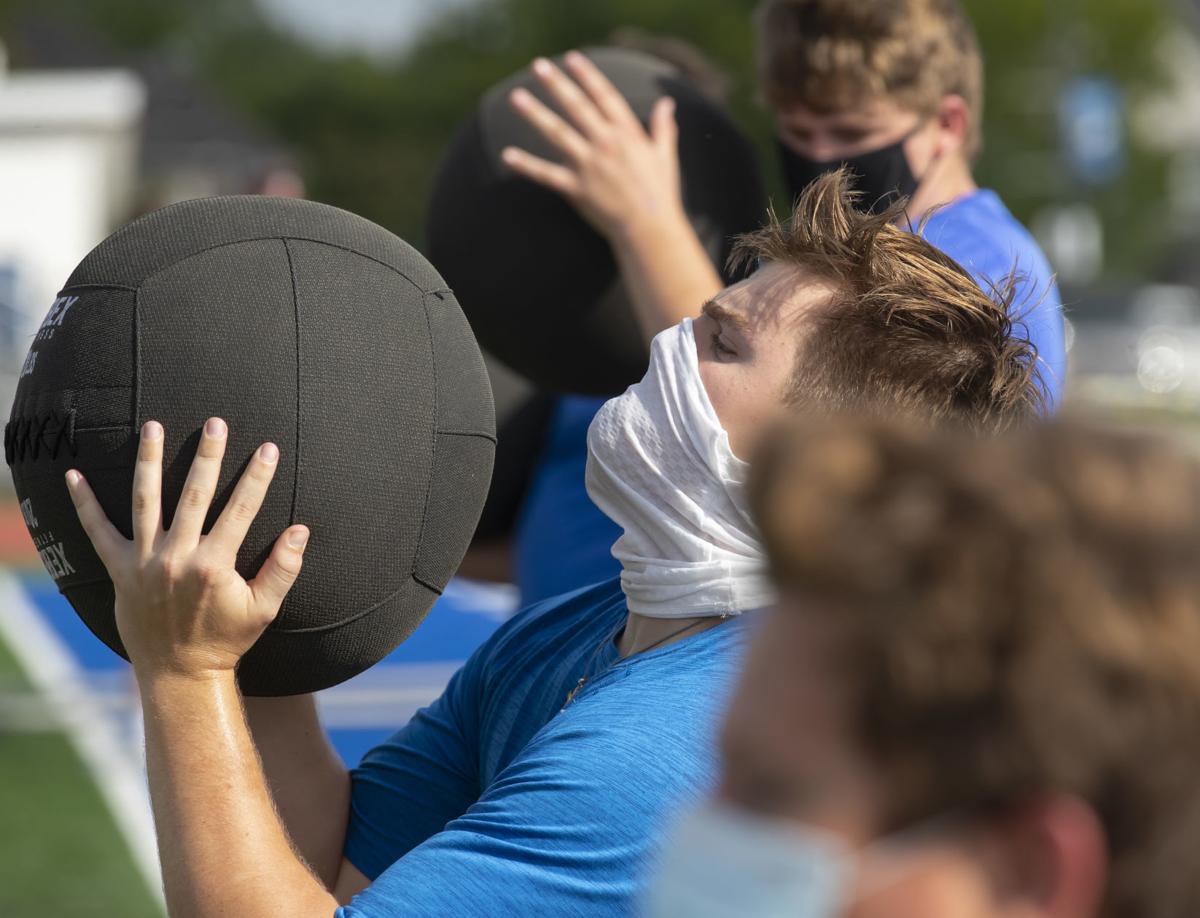 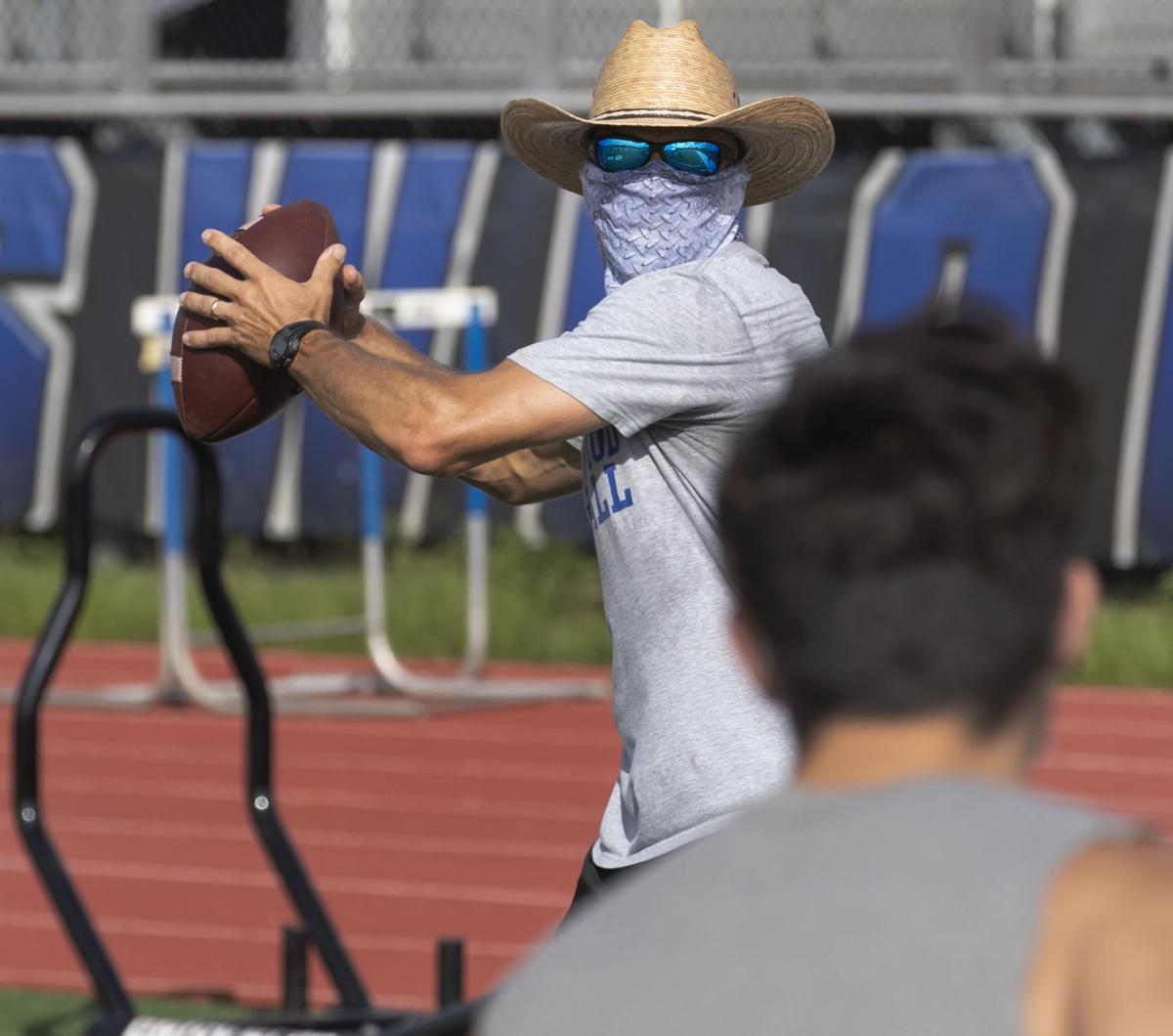 The Friendswood Mustangs were among the Galveston County schools on Monday that resumed their strength and conditioning programs for student-athletes.

Last week was an already scheduled week off following the July 4 holiday, and Friendswood, like the county’s other high schools, shut down its Mustangs Athletic Camp — which participants refer to as MAC for short — the week prior out of caution because of the ongoing COVID-19 pandemic.

In returning to strength and conditioning workouts, the University Interscholastic League updated its protocols for operating the camps. One of the most major changes were the allowance of drills pitting one or more student-athlete on offense against one or more on defense.

Friendswood athletic director and head football coach Robert Koopmann considered this change an encouraging sign, especially considering that, as of now, football teams are slated to start their seasons on time, which means the beginning of practices Aug. 3.

“We’ve got to get a football team ready, and we haven’t done this since February,” Koopmann said. “The kids were fired up about being able to get out here and do football stuff. We’ve got a little more freedom to do some things. The fact that we can run a full route is a huge advantage for us.”

However, with the number of positive COVID-19 cases continuing to rise in Galveston County and beyond, Koopmann said he could envision a scenario where there is either a delayed start to the season, the elimination of non-district games, or both.

“We met as a coaching staff, and we decided that we’re going to prepare like Aug. 3 is our starting date, but if that changes, we’ll change with it,” Koopmann said. “I don’t get paid to make those decisions; we’re just going to react to the decisions they give us.”

In its recent protocol update, the UIL did concede that student-athletes could remove face coverings while actively exercising, but Friendswood kept its players masked up throughout MAC on Monday, which did not seem to be too cumbersome for the student-athletes, Koopmann said.

“The kids have been very compliant,” Koopmann said. “We’re doing everything we need to so we can play football, and if that means wearing masks, that’s what we’ll do.”

Friendswood, like all area schools, continued the protocols that were previously in place before the two-week break, such as daily symptom screenings and temperature checks, frequent sanitation of equipment, and student-athletes bringing their own water and towels.

On Monday at MAC, football players worked out for an hour in stages based their level — varsity, junior varsity, freshmen, etc. — at Henry Winston Stadium, while other sports worked out at Friendswood Junior High.