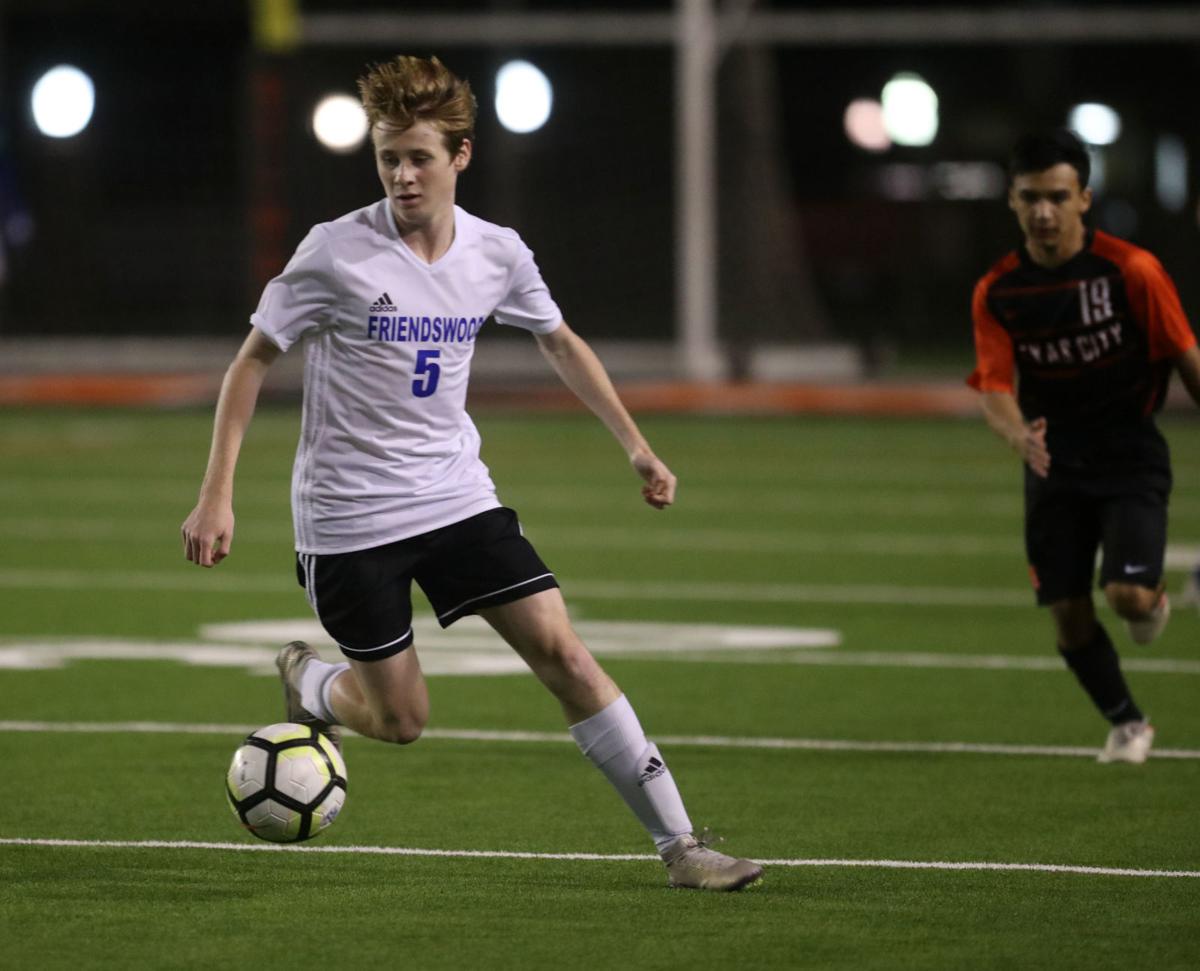 Friendswood midfielder Nick Miller runs the ball down the field during the opening game against Texas City at Stingaree Stadium on Tuesday, Jan. 28, 2020. The Mustangs won the game 3-1. 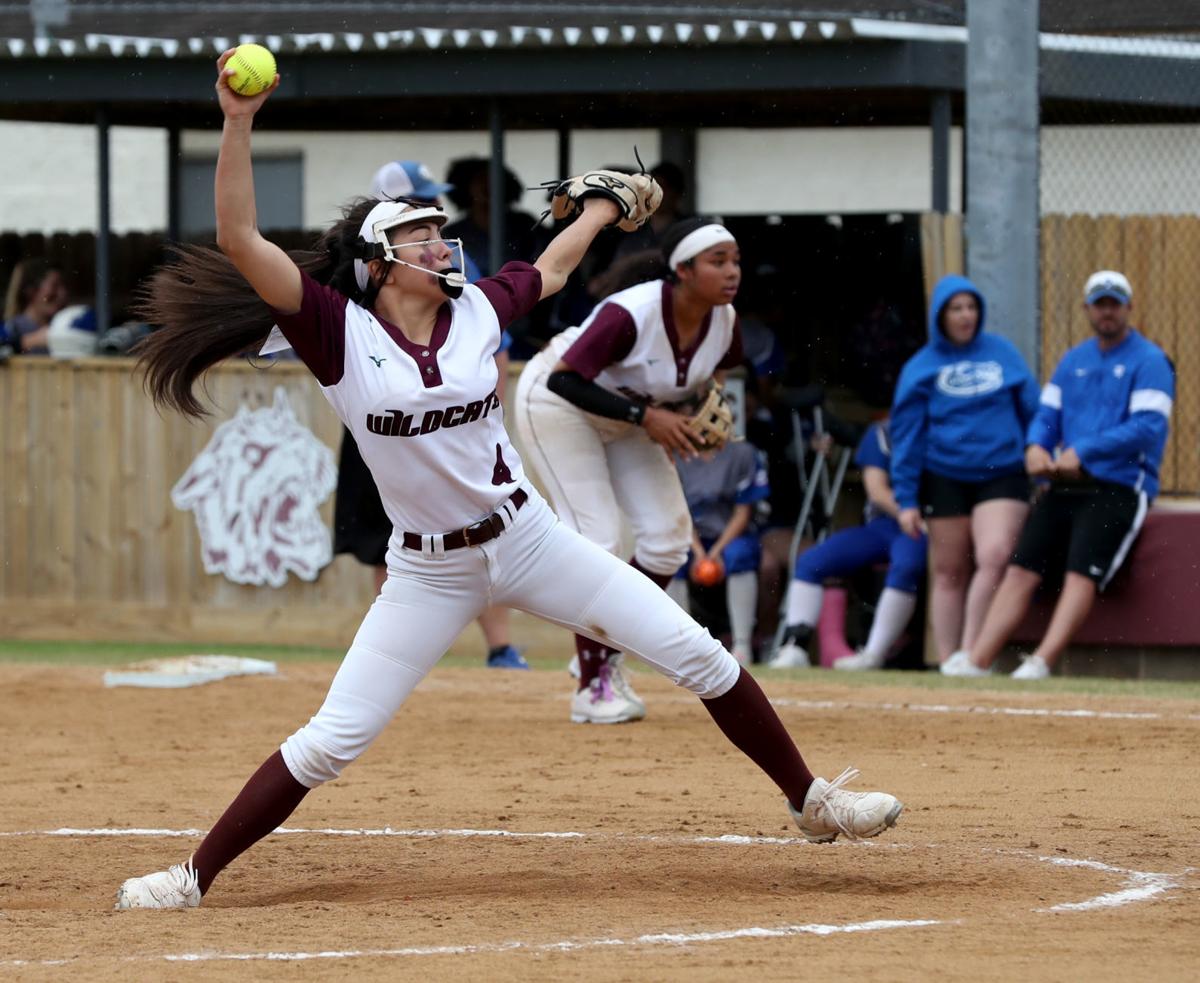 Friendswood midfielder Nick Miller runs the ball down the field during the opening game against Texas City at Stingaree Stadium on Tuesday, Jan. 28, 2020. The Mustangs won the game 3-1.

In its most recent update regarding the suspension of high school athletics, the University Interscholastic League stated, as of now, all activities will resume March 30, but the fact remains Galveston County teams are going to have to figure out a way to make up for two missed weeks of scheduled district games.

And that is if, indeed, the suspension of games isn’t pushed back further in what has been a rapidly changing situation in response to the ongoing coronavirus, also known as COVID-19, pandemic.

“We’ve dealt with hurricanes in the fall, and you sort of work around that, but shutting everything down, I’ve never seen anything like this,” Friendswood athletic director Robert Koopmann said.

In what can be taken as a sign of optimism, the UIL already has set new dates for district certification and playoff games for boys and girls soccer, golf and tennis.

Also, with district golf and tennis tournaments disrupted by the suspension, the UIL moved up district certification to April 14 for golf and April 18 for tennis.

“I don’t envy the UIL when it comes to decision making, but they’ll give us the dates when it comes down to it,” Koopmann said. “And, we’ll get with the DEC and schedule this out as best we can.”

But, when it comes to baseball and softball, there could be changes to the schedules — which could vary depending on just how long the stoppage in play ends up lasting — to get in a sufficient amount of district games

“In a shortened season, there’s a lot of different things that you can do,” Dickinson athletic director John Snelson said. “Instead of playing every team twice, maybe you just get to play them once. ... Or, you may see Monday-Thursday-Saturday games just to get the number of games in that you need to.”

As of press time, no date was announced for the continuation of the postponed boys basketball state tournament, but it is hoped the tournament eventually will resume at the Alamodome.

While all the school districts in Galveston County will be closed next week, if school is back in session the following week, teams will have the option to resume practices, even though the UIL’s suspension on competition would still be in effect.

The athletes and coaches at O’Connell and Bay Area Christian School face a significantly longer sports stoppage, as the Texas Association of Private and Parochial Schools has implemented a suspension in competition until April 12. The TAPPS executive board will meet to discuss the sports calendar after the suspension of activity is lifted, O’Connell athletic director Derek Martin said.

“If everything returns to business as usual, TAPPS will look at the calendars at that time,” Martin said. “For one of our sports, tennis, the state tennis tournament is actually scheduled to take place on April 14th and 15th right now, but if we don’t resume activity until the 12th, we’re obviously not going to be able to have the state tournament at that time without having a district and regional tournament.”

With the potential of multiple TAPPS state tournaments being postponed, TAPPS will have much to juggle when the suspension in activity is finally lifted.

“They have a lot to consider because a lot of these venues have already been reserved for different competitions, so if that’s forced to be altered, they’re going to have to look at new dates and other places that are available on the days we want to use them,” Martin said. “So, TAPPS has a lot of work on their hands to make sure everything goes smoothly, but we trust them 100 percent to make the right decisions.”

While the size and scope of the coronavirus pandemic’s effect on activity is unprecedented, county schools have experience dealing with extended postponements, especially during hurricane season.

“I’ve been through a fall in football where we played like Tuesday night, Saturday night, Tuesday night trying to catch up, which is hard in football,” Koopmann said. “So, you can certainly play Tuesday, Friday, Saturday in baseball and softball and squeeze in a lot of games in a short amount of time.”

In fact, this ongoing situation is not even the first time a virus outbreak has effected the high school sports calendar.

“It was crazy,” Snelson continued. “At first, my wife was upset that our first kid was going to miss his graduation, but it ended up being pretty cool with how they did it. They were all lined up on the main track in their different colored caps. That’s about the closest that I can think of. ... So, hopefully, something breaks on this, and we’re able to resume and everybody’s going to be safe.”