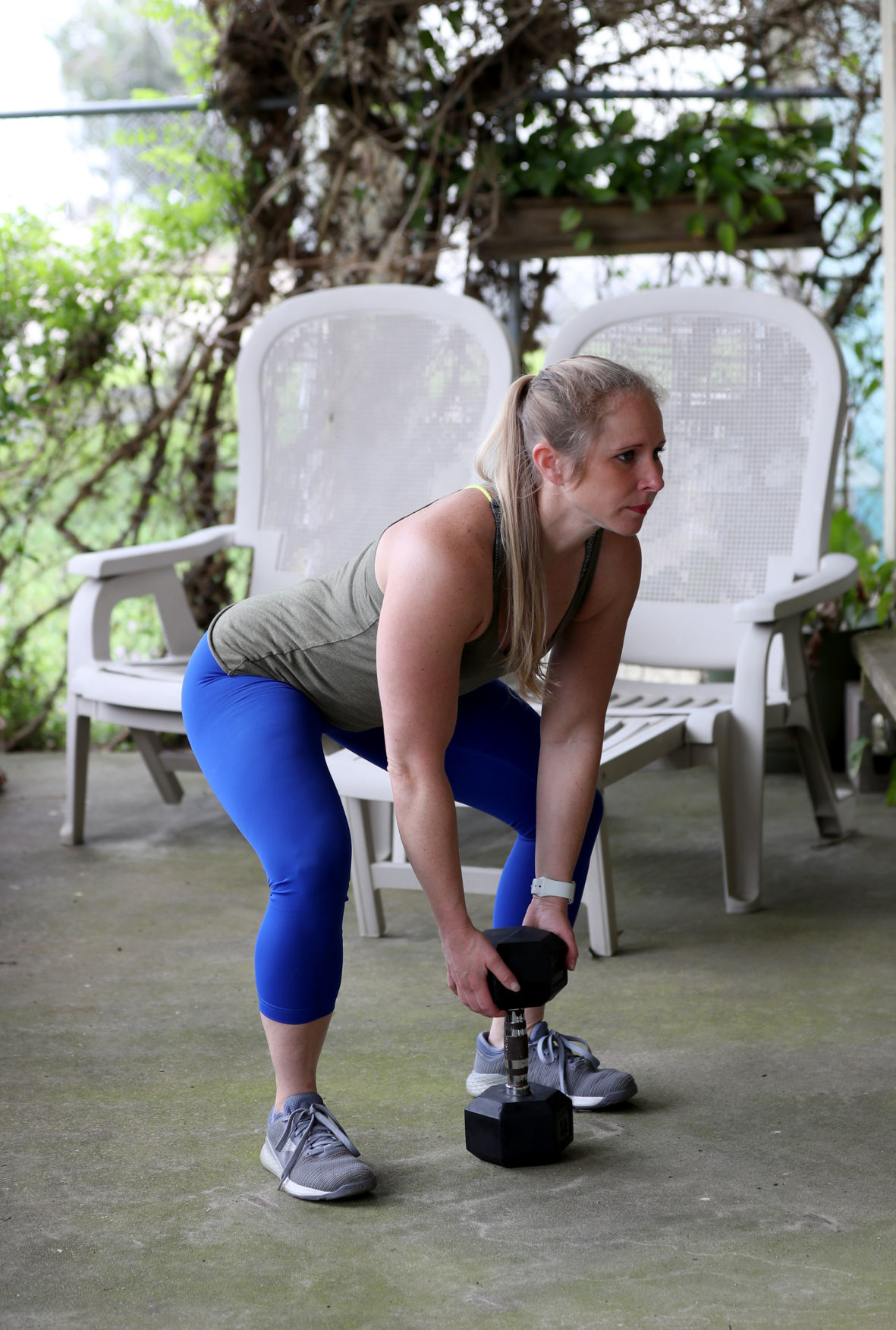 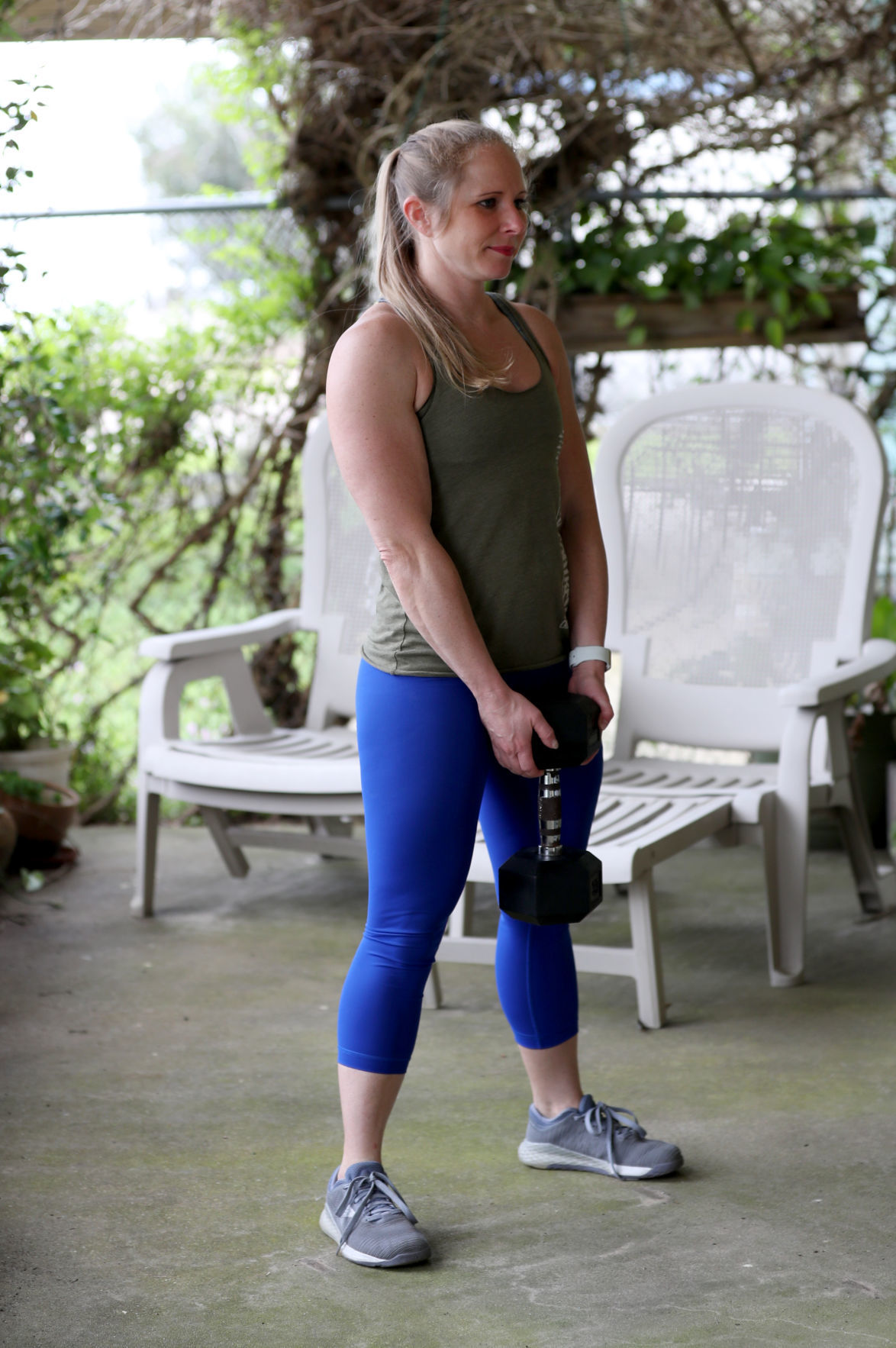 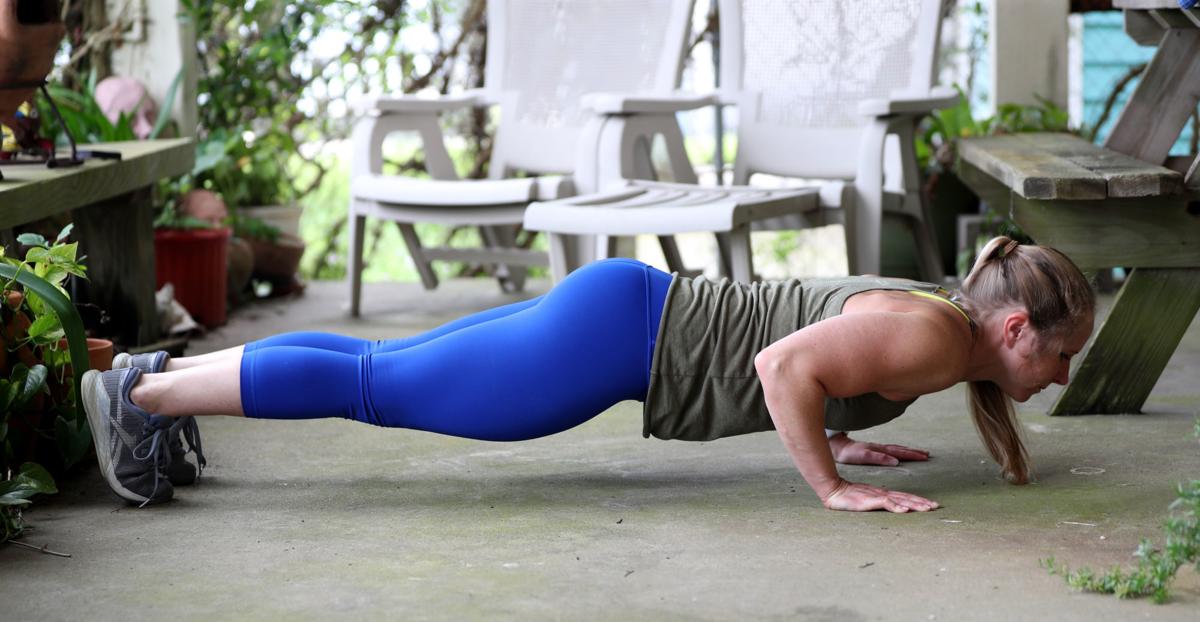 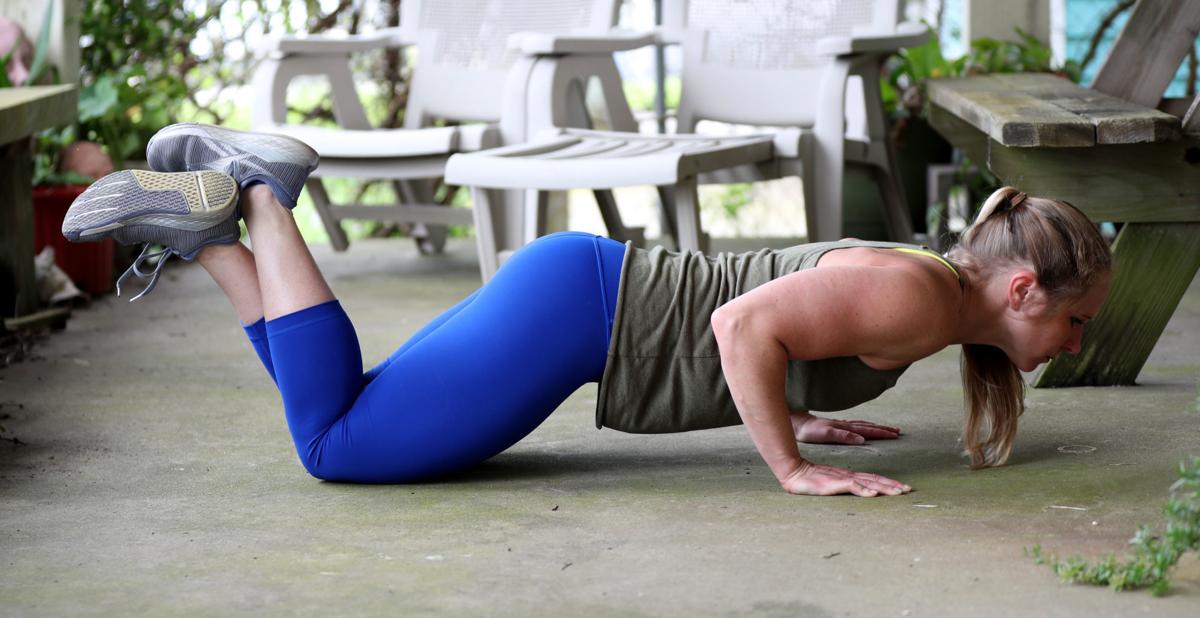 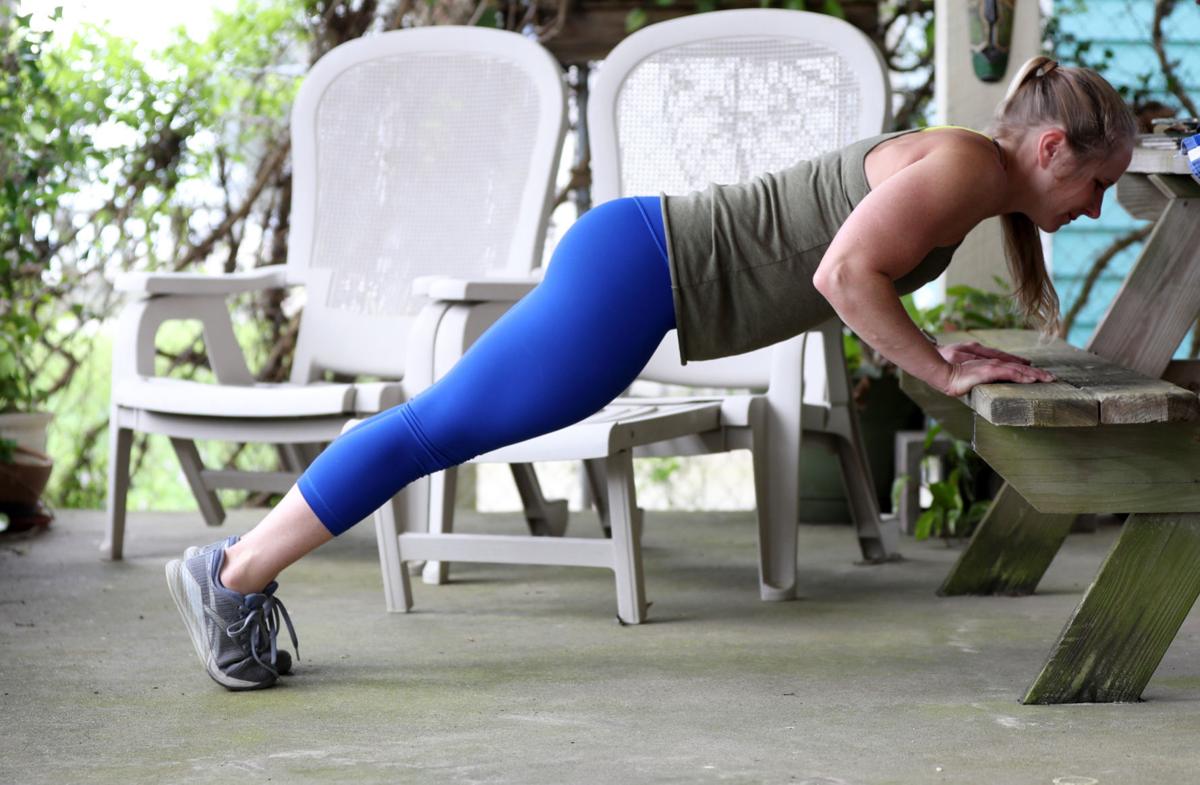 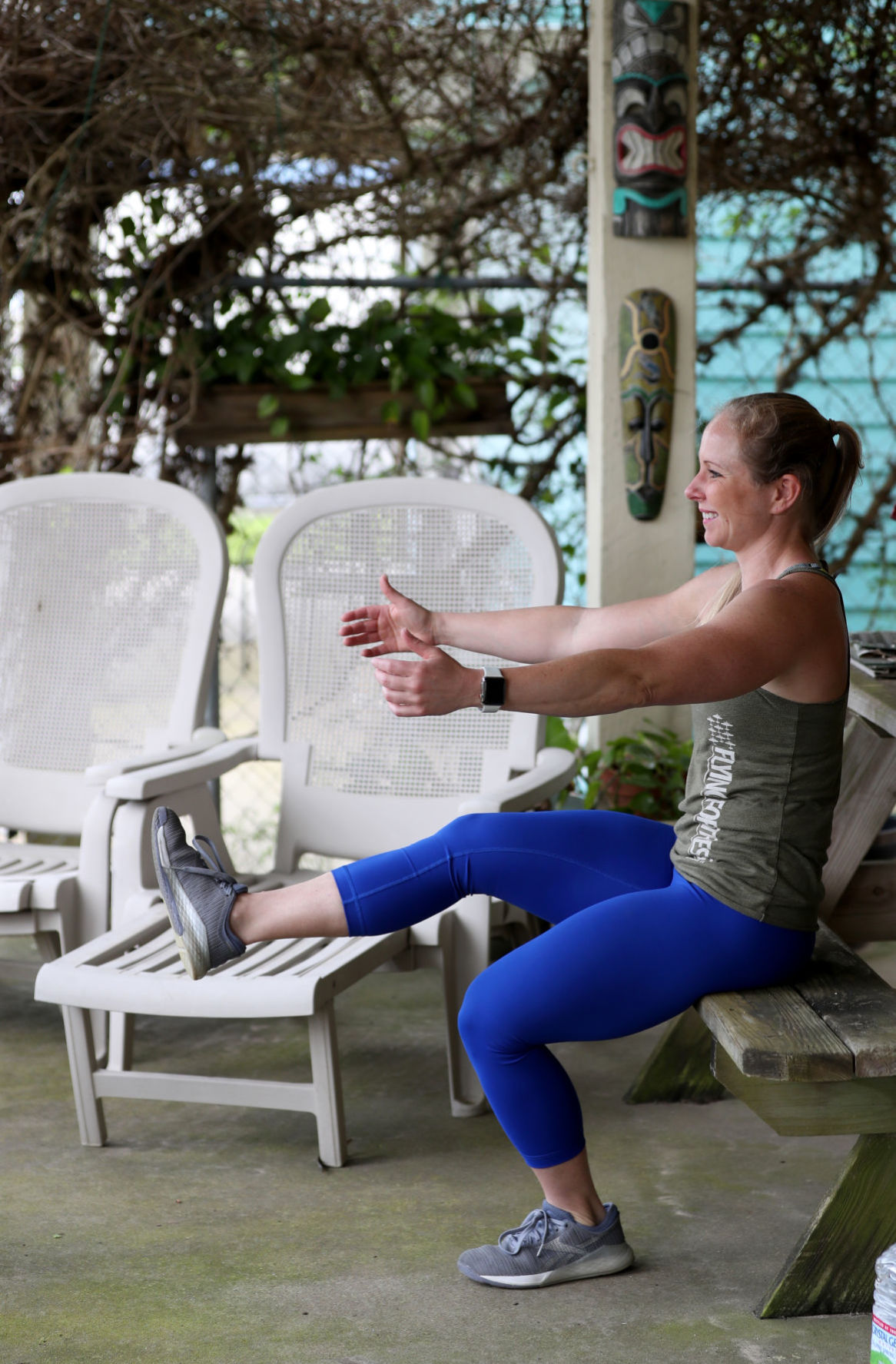 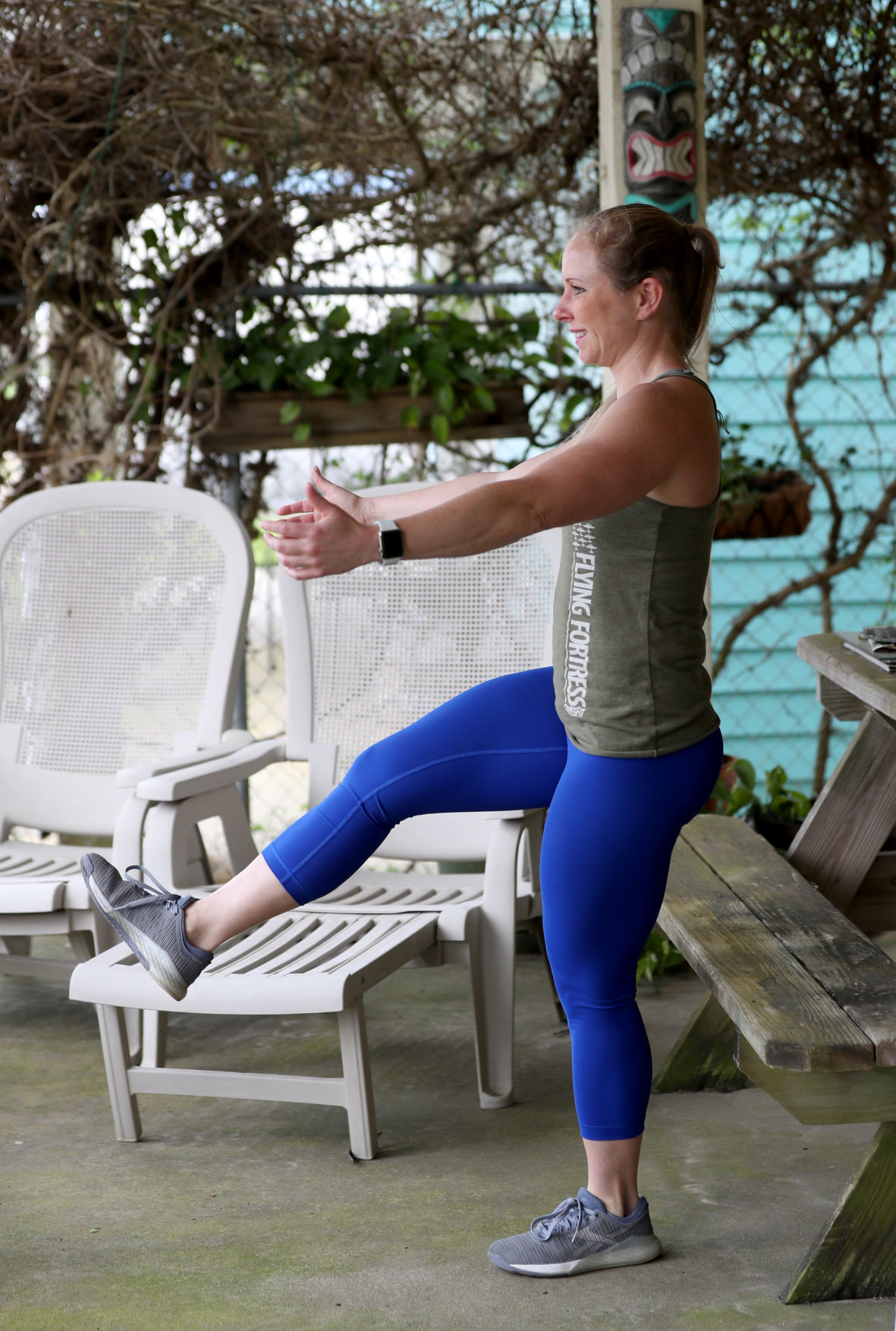 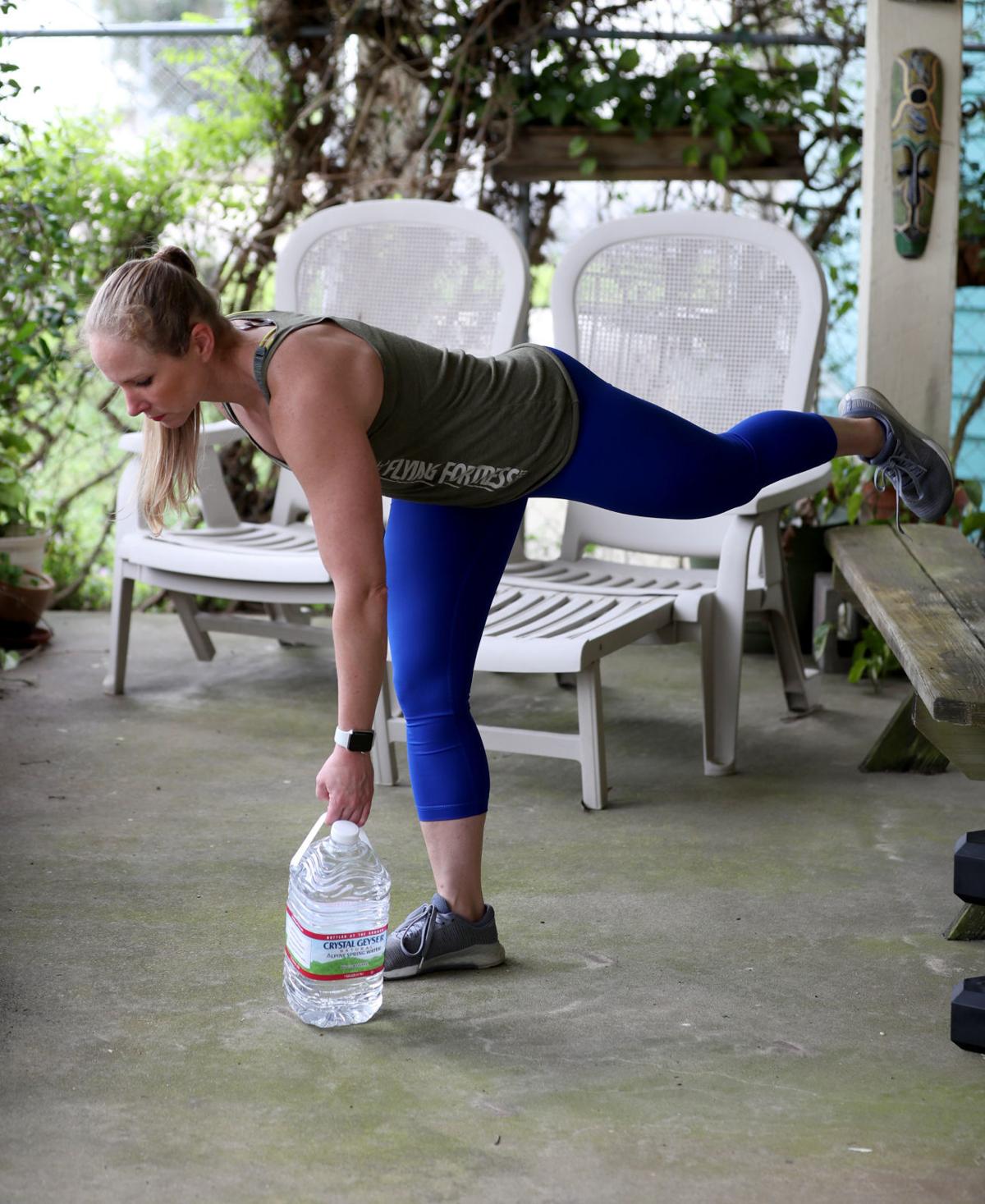 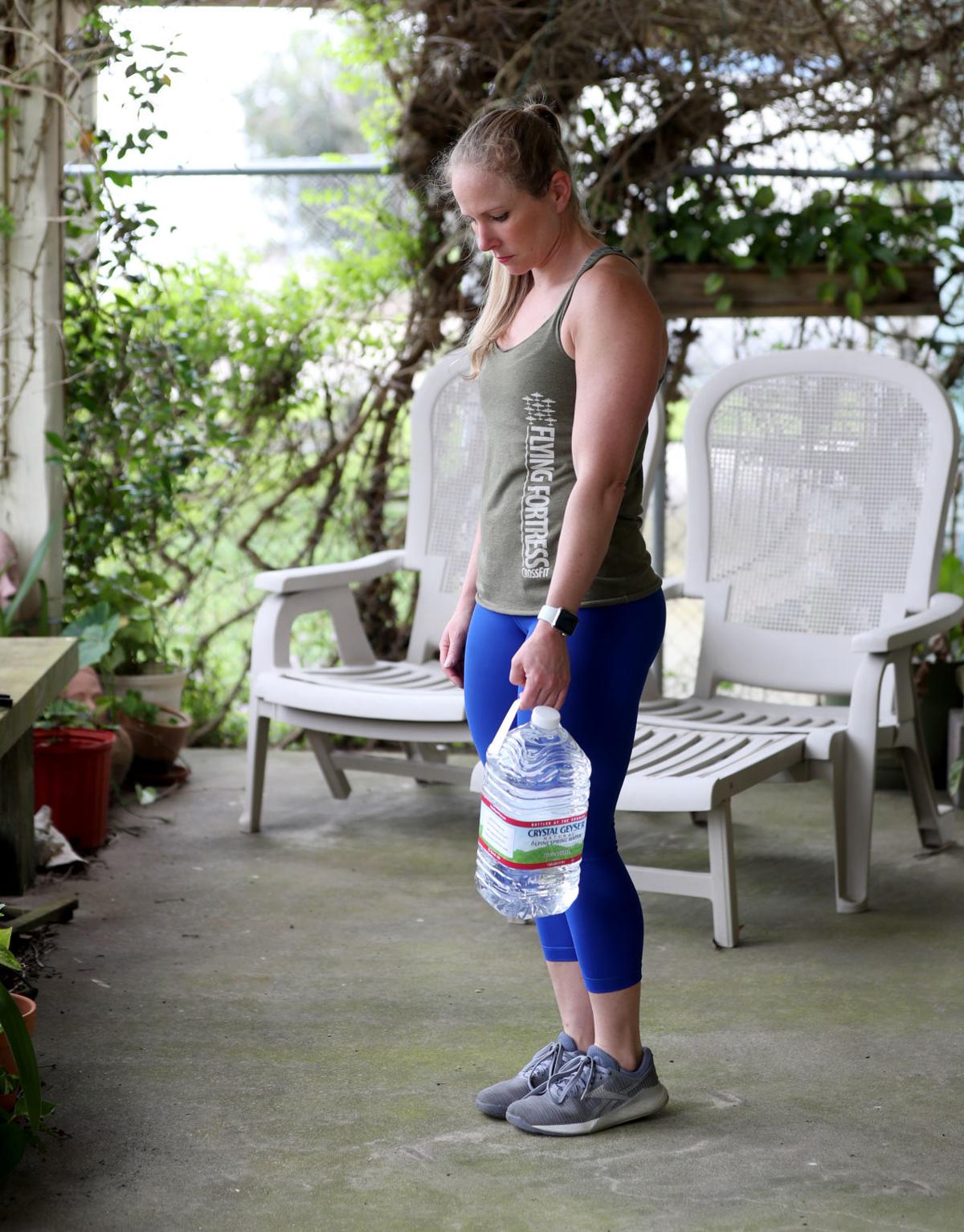 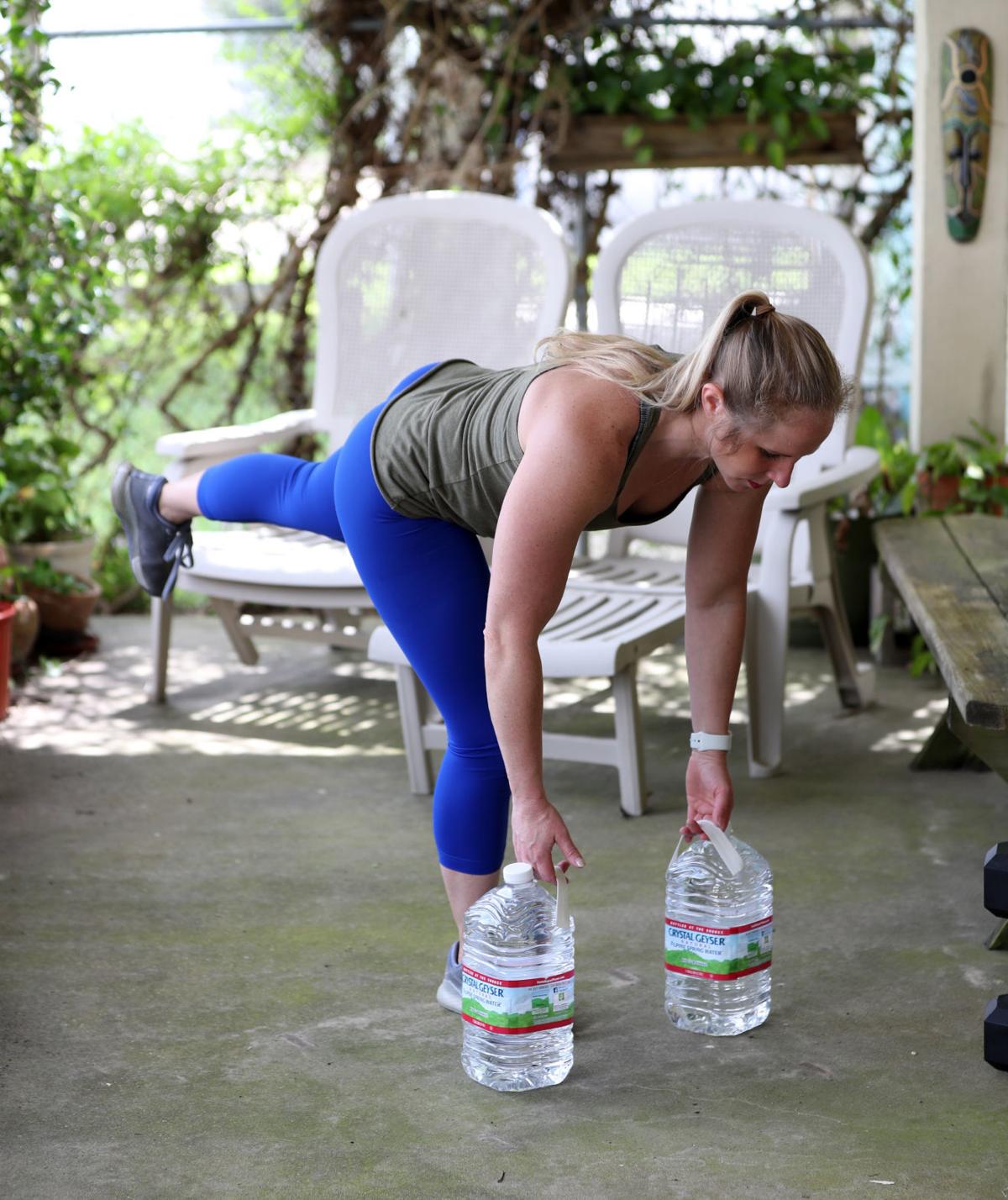 Kara Listowski, owner of Flying Fortress CrossFit in Galveston, demonstrates a single leg deadlift using two water jugs. The movement could be done picking up groceries or other household objects.

Kara Listowski, owner of Flying Fortress CrossFit in Galveston, demonstrates a single leg deadlift using two water jugs. The movement could be done picking up groceries or other household objects.

The sports world came to a sudden halt, and more parents have to work from home because of the coronavirus. While parents and children can catch up on their favorite TV shows, it is also an excellent opportunity to improve their physical health.

Parents and children can work together to help stay active. The coronavirus, also known as COVID-19, has stopped children from going to school in Galveston County and has also stopped organized sports from competing.

Nutrition can also affect children’s or adults’ sleeping patterns, Morrison said. This is why it is still important to eat fresh fruit and fresh produce.

“We start eating high carbs, lots of sugary snacks,” he said. “Then we start to having a lot built up energy, and that can affect sleep patterns.”

While people can indulge every once in awhile, it is important to have a balance.

“If you want one, do it. But limit the intake,” Morrison said. “Because if you’re sedimentary all day and you eat high carbohydrates, it’s gonna affect how you feel.”

For children, Morrison recommends getting creative and doing any physical activity such as, playing in the backyard, doing jumping jacks or having an improv physical education class.

Another idea is turning the garage into an exercise area by pulling out the cars. Morrison has a 4 year old and a soon to be 2 year old, and his family has a makeshift batting cage in his garage. They also have a net they use to kick soccer balls.

While doing standard exercises such as pushups, sit-ups and squats is good, Morrison also stressed it isn’t only about standard exercises, but also basic movements such as throwing a ball, skipping or jumping. People can’t just work out and then be sedentary all day, he said.

“That’s the first thing people think about,” he said. “But we neglect basic human movement.”

It is just as important to move and do basic movements, Morrison said. Parents and children can hopscotch, jump rope, bear crawl, crab walk, kick a ball, throw a ball or bounce a ball together.

“I don’t care how old they are — play with them, get outside with them, throw a ball with them, play catch, kick a soccer ball,” he said.

Nowadays, it is hard to limit children’s screen time, especially with video games, he said. People are more likely to munch on something unhealthy when people are idle and watching a screen, Morrison said.

While parents are encouraging children to be more active, parents can set an example by being active with their children.

Another opportunity parents and children can work on while being at home is practicing mindfulness and meditation, Morrison said.

At the end of the day, it is recommended to at least get 30 minutes of good, quality exercise. The intensity of the 30 minutes depends on each individual, Morrison said.

“The opportunities are endless,” Morrison said.

Exercises To Do At Home

Lunge: forward, backwards, side to side ... also use a furniture slider and move into a lunge position without picking your foot up

Pull: Any row/pull up variation

Carry: Pick up something heavy and carry it as far as you can.

Start adding in holds at the hardest part for a few seconds one week, other times slow way down. Then take some time to move as fast as possible.

You can use anything for resistance. If you've got weights or bands at home, use them. You can also use a broom stick, PVC or dachshund in place of a barbell.

If readers have more questions, they can reach out to Tyler Morrison at chmorris@utmb.edu.