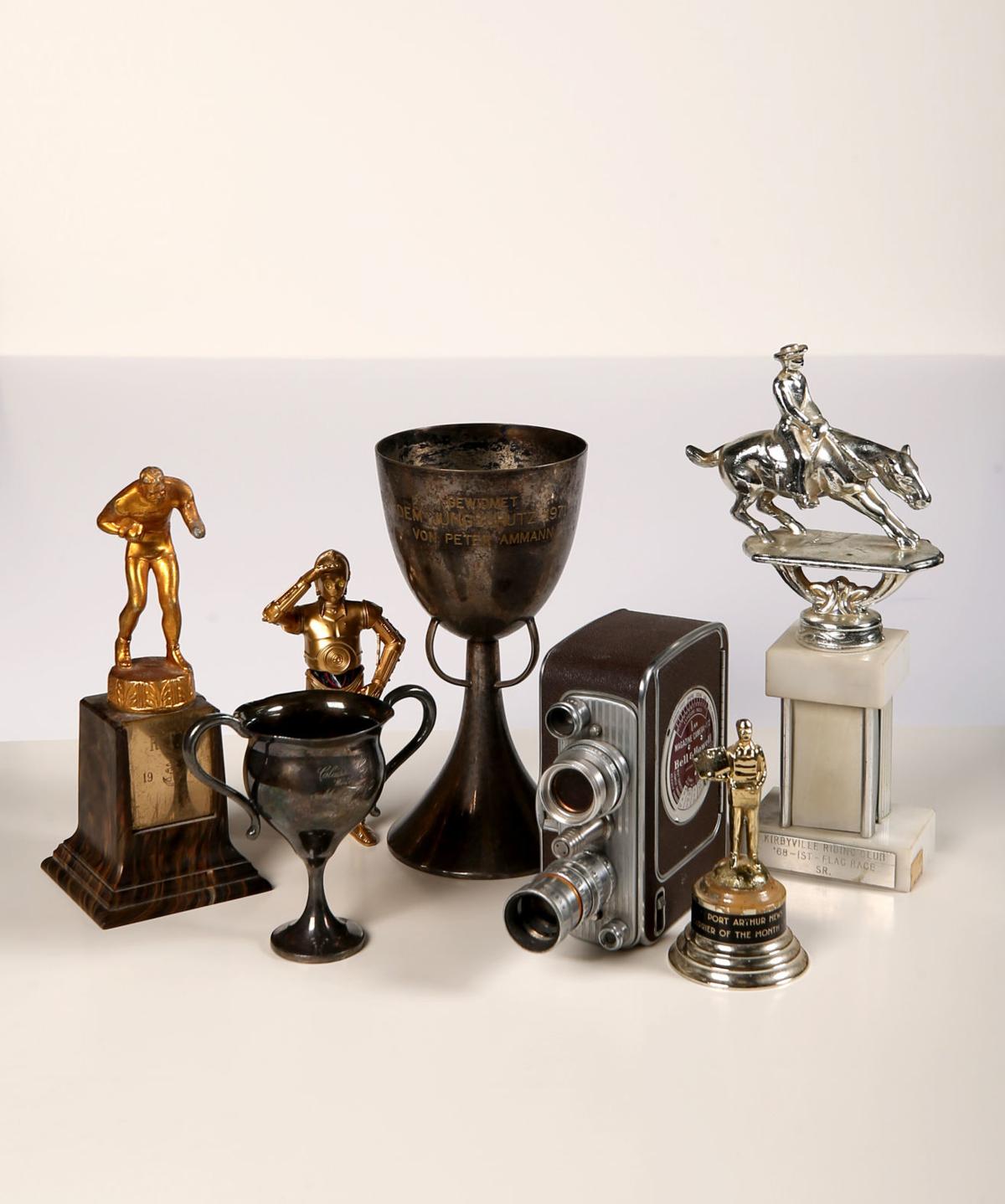 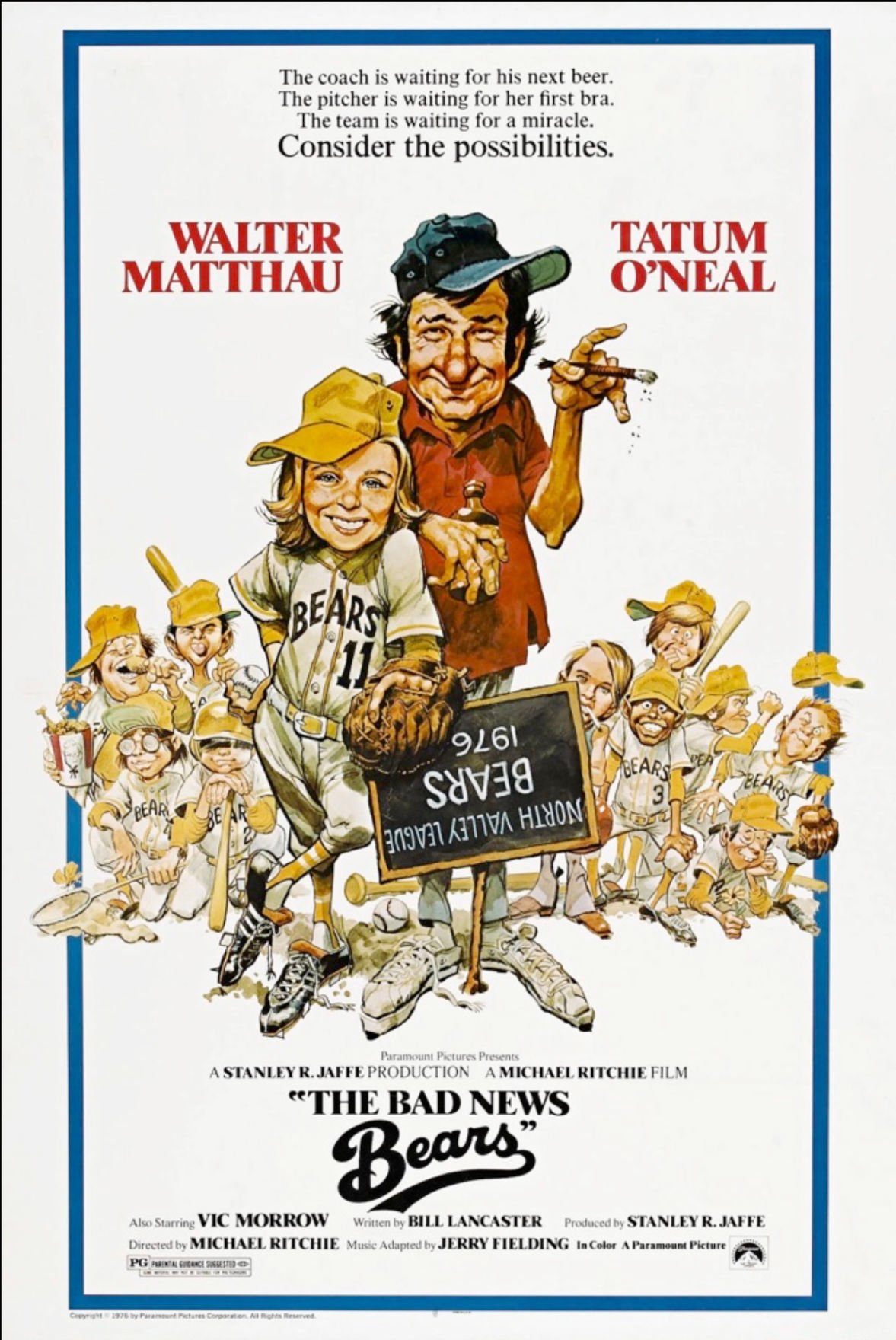 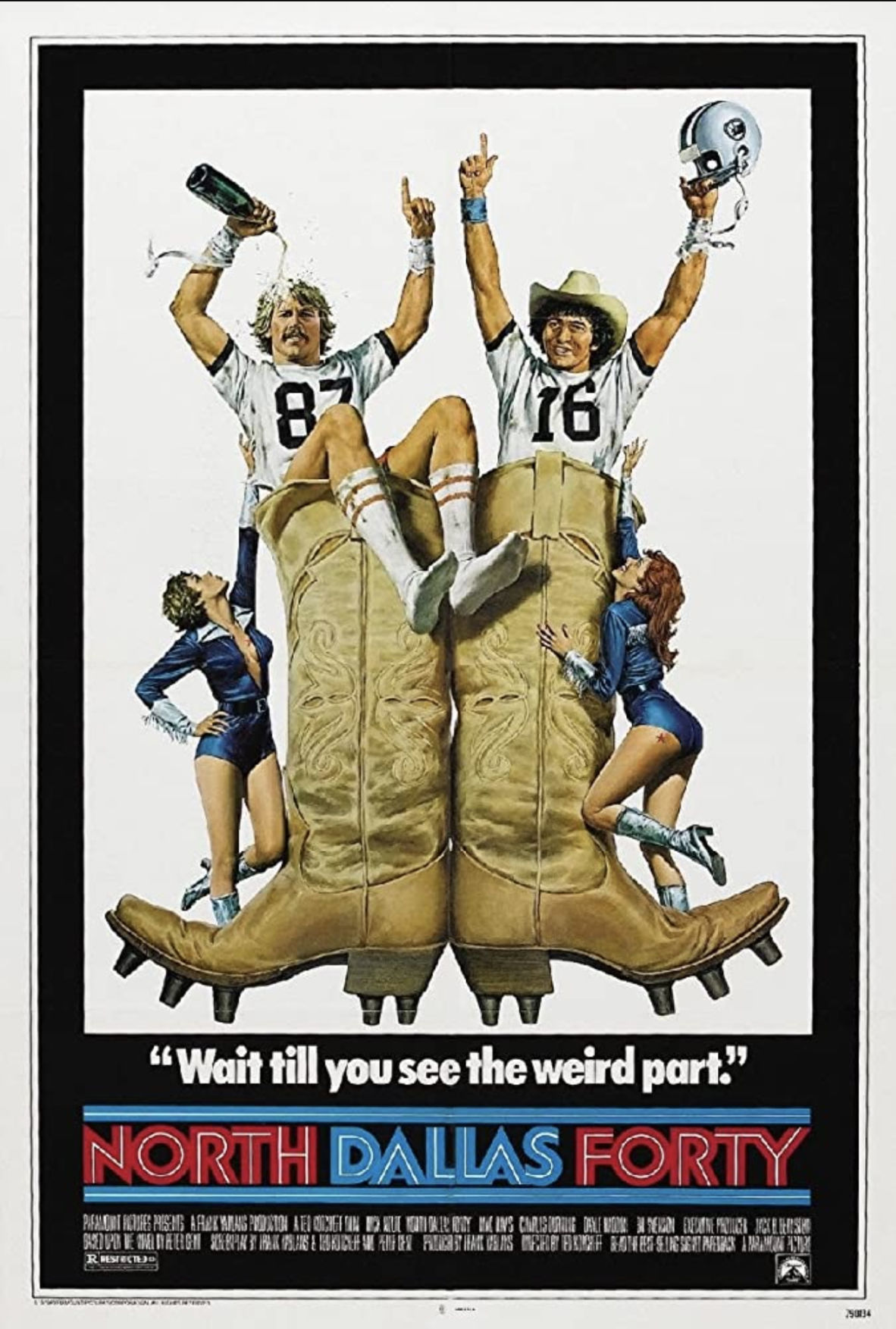 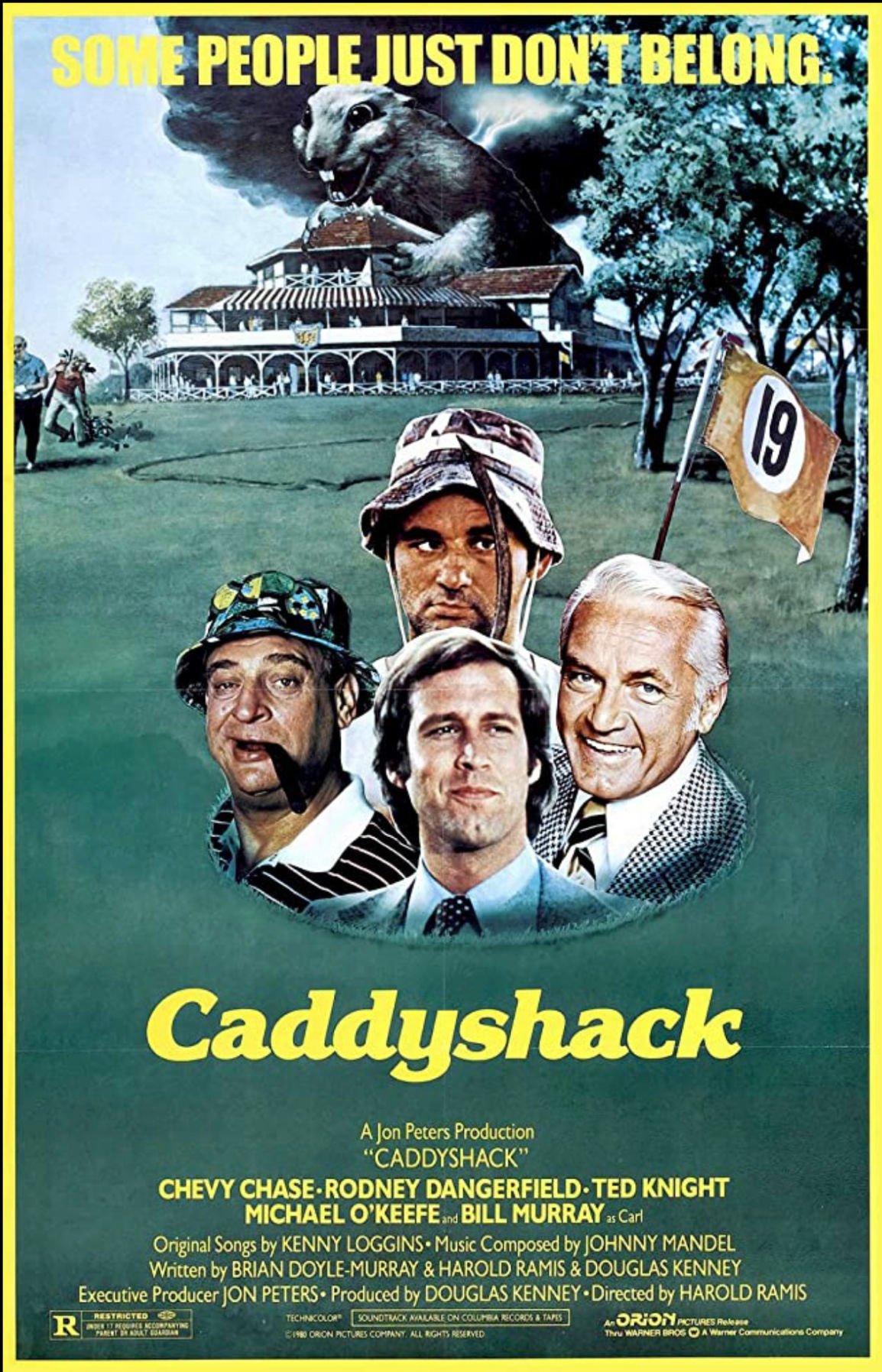 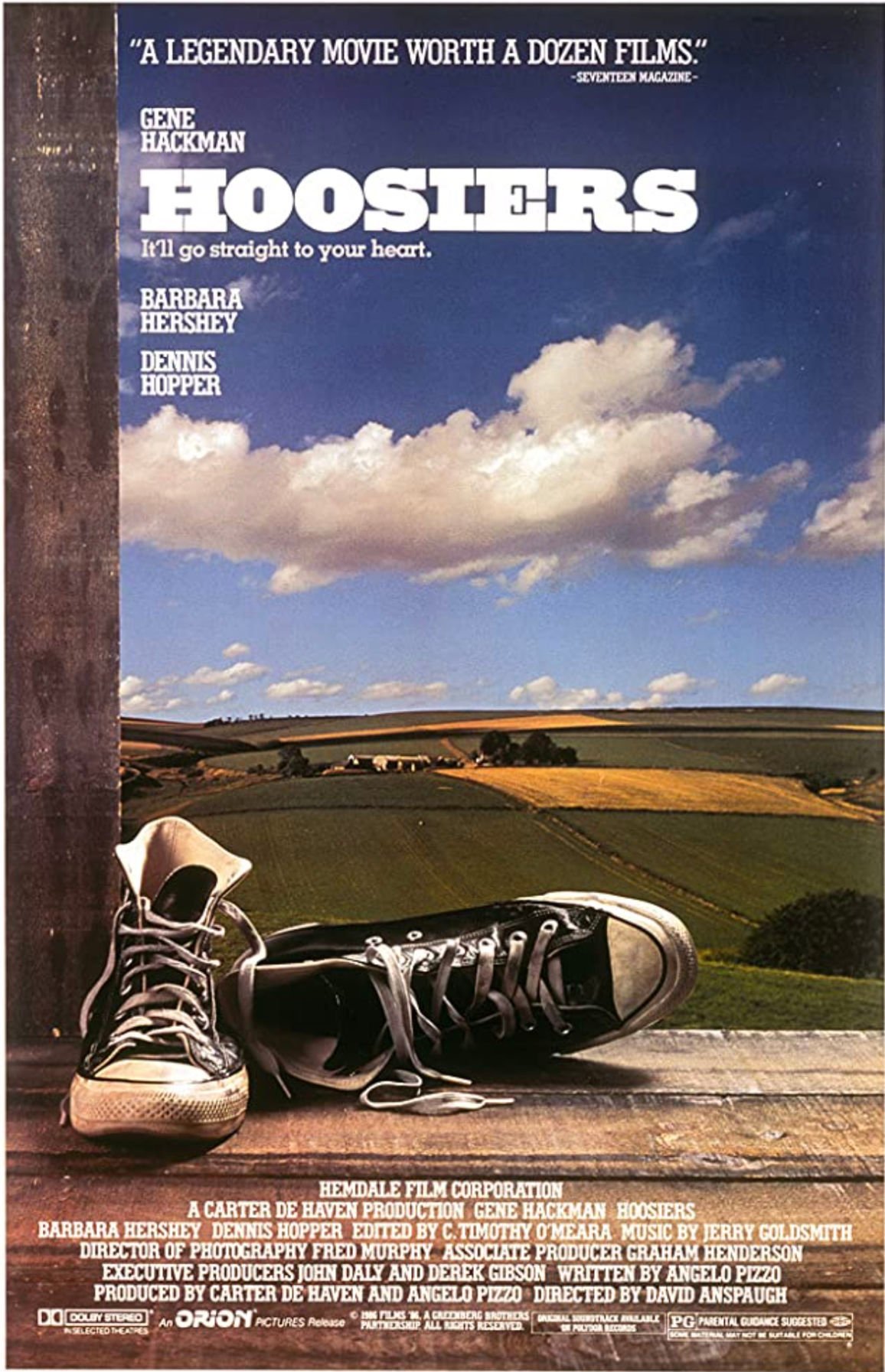 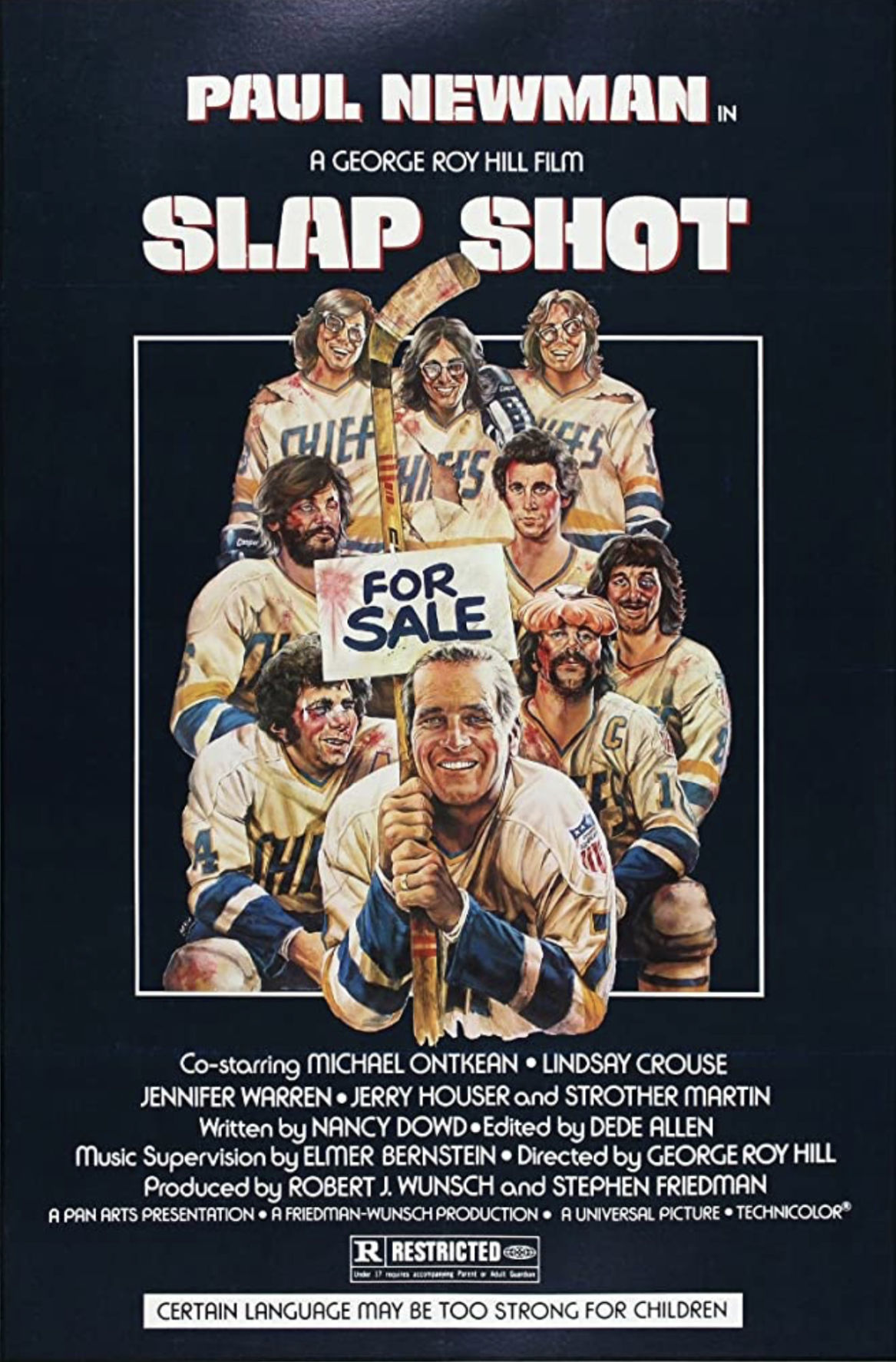 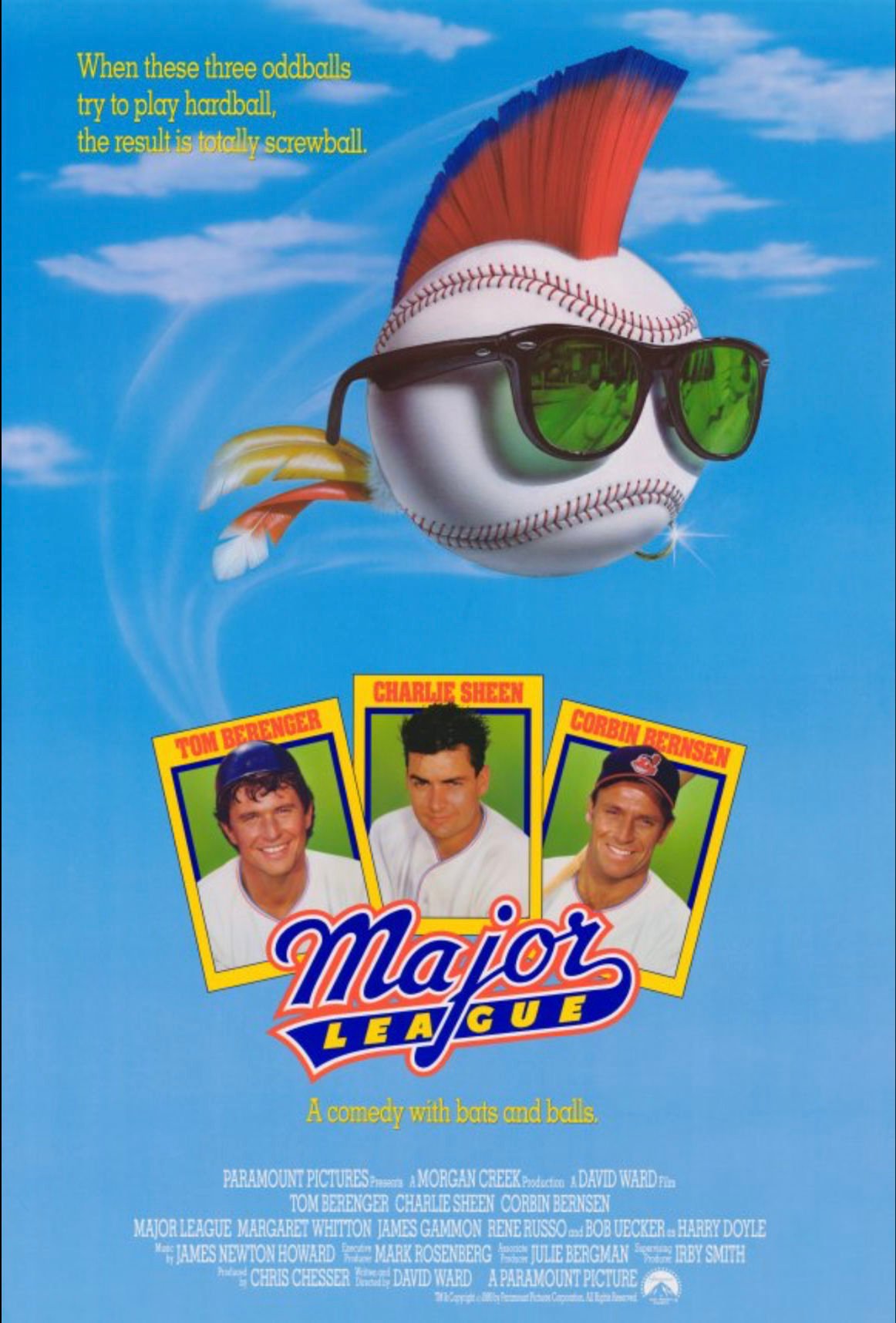 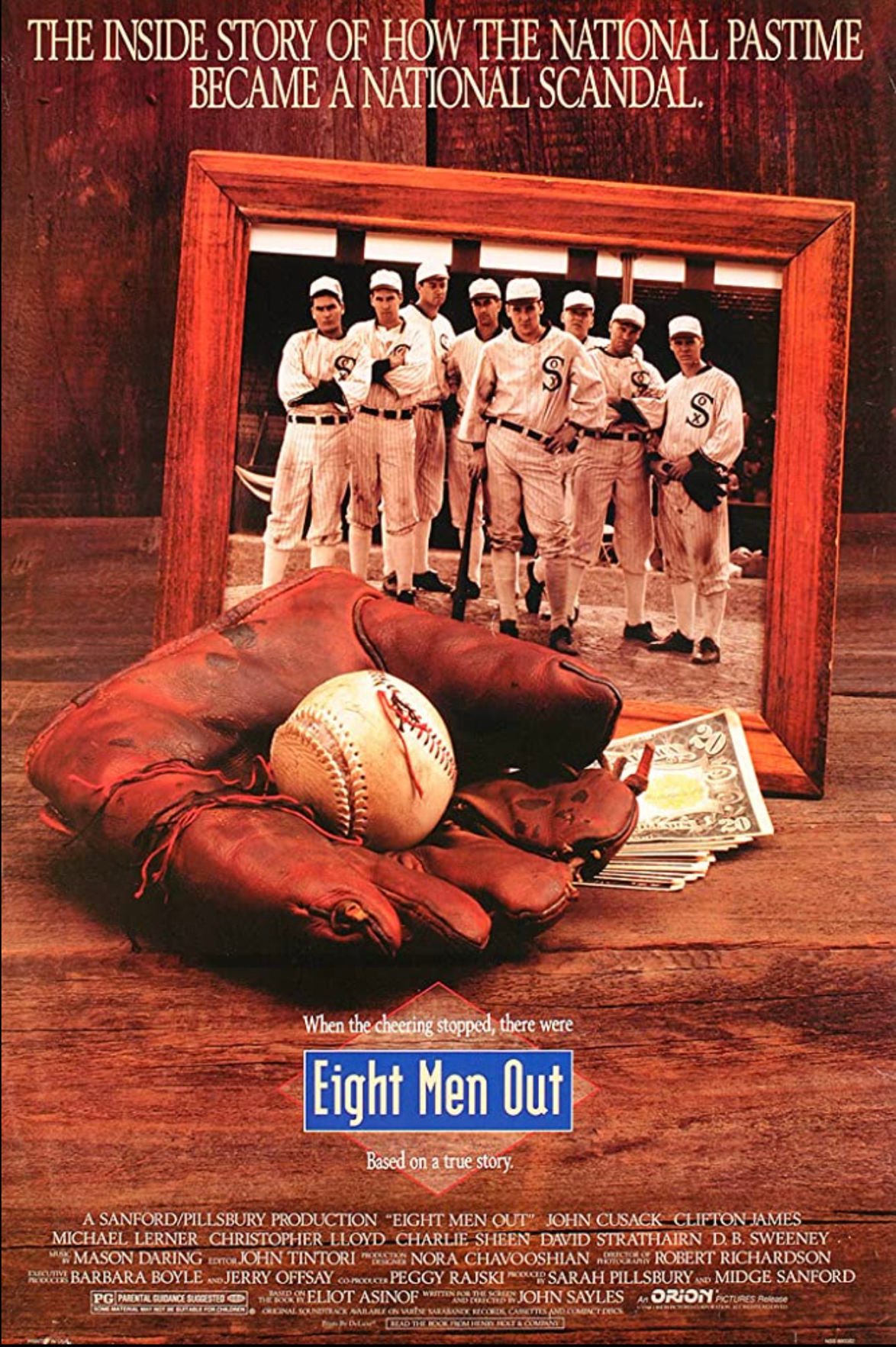 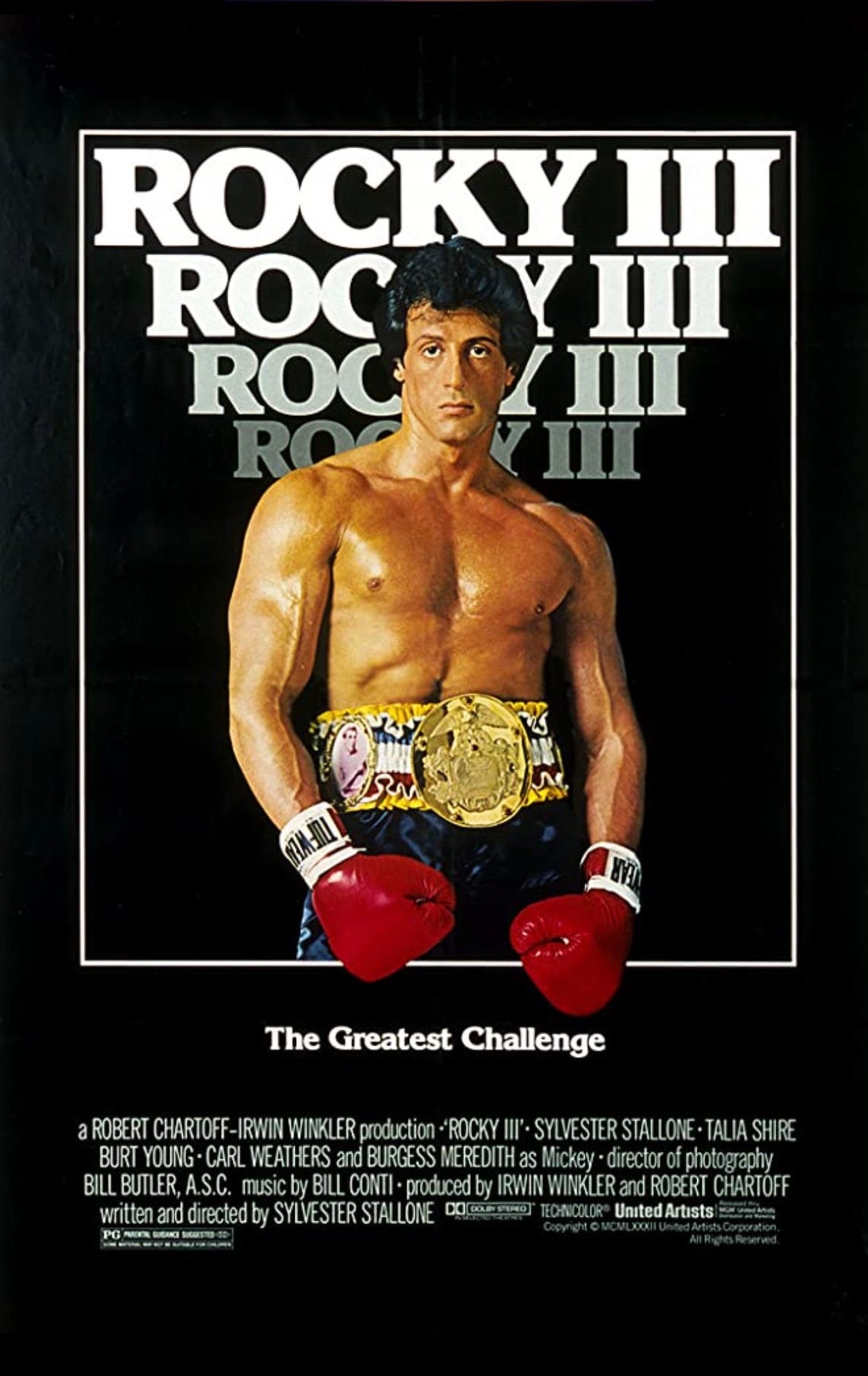 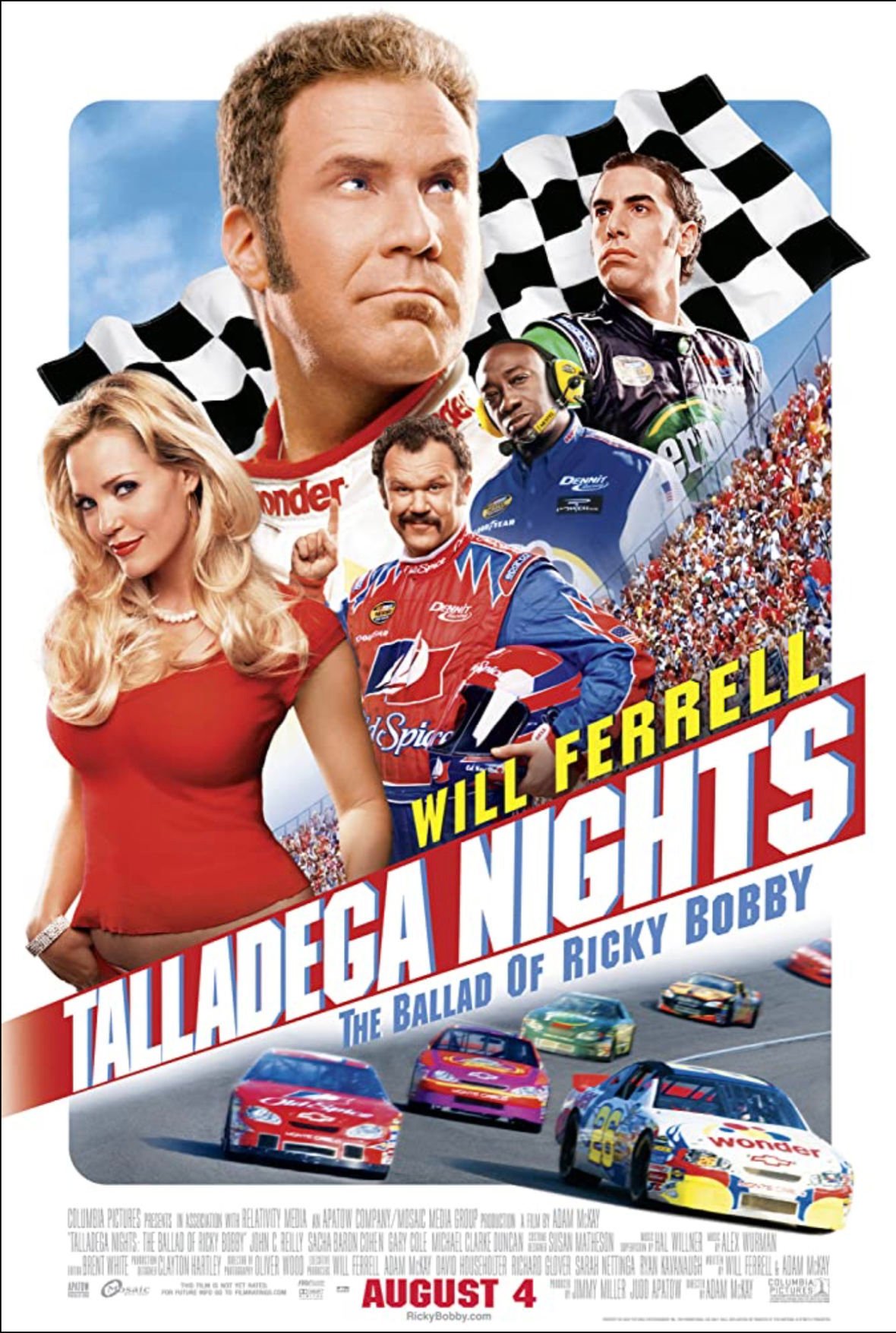 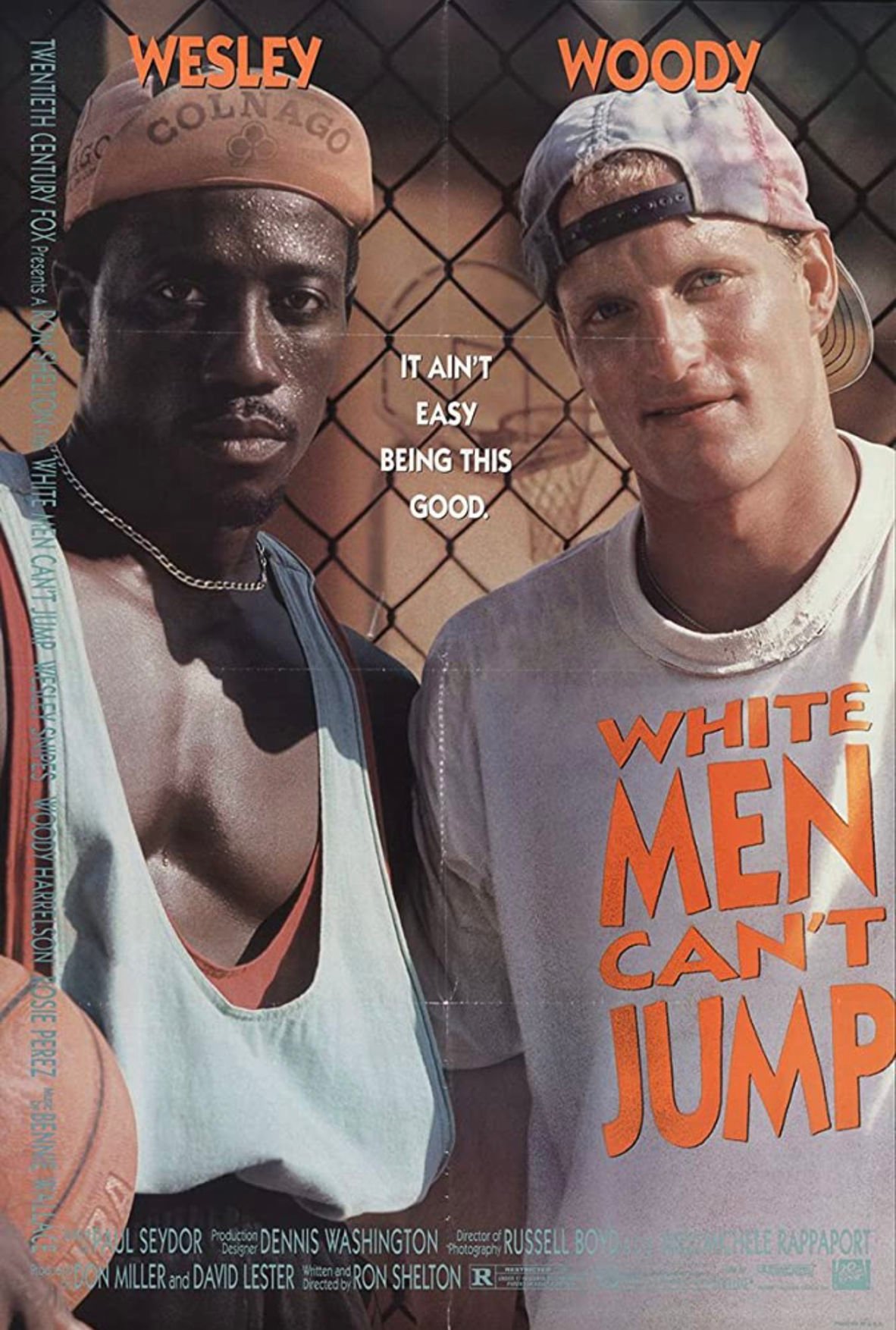 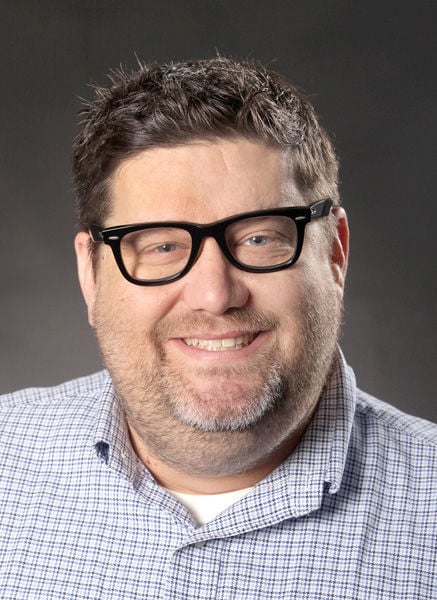 We love to argue.

A casual glance through the comments of almost any story on our website will prove that statement to be correct.

We love arguing about sports most of all. At the very least and on few occasions will a sports argument end in being disowned, excommunicated or tossed out of a family holiday supper by a “politically knowledgeable” relative, maybe a fistfight, but that’s it.

But right now we don’t even have sports to argue about.

No games, bad calls, questionable coaching decisions nor any office pools in sight.

Here is an incredibly humble genius of movie opinions — me — offering the most perfect list of the top 10 sports movies of all time. And I am never wrong.

To clear up one item, which will possible confuse most sports/sports movie fans ... you will not see “Field of Dreams” (1989) or “Bull Durham” (1988) on this list. One is about fathers and sons reconnecting, and the other is a chick flick with baseball games sometimes making an appearance. You can change the sport in both films and get the same results, which makes them no longer sports movies. And I wish “The Sandlot” (1993) to get the coronavirus.

Now, the list of the greatest of all time:

I was in a Sandlot Little League team in Mayport, Florida, when this movie came out. This was not a work of fiction, but a documentary about how little league truly was and probably still is.

No movie has every captured a sports subculture better. The scene where parents and coaches are dressed up to attend a league party at ... Pizza Hut, is magnificent snapshot of ‘70s suburban America.

Best quote: [Comes up to bat and turns to catcher]

“This is for Allah. And it’s goin’ way out there, sucka.” — Ahmad Abdul Rahim

OK. This movie is kinda all over the place. Some subplots don’t make much sense, and it feels like a better movie was lying on the editing room floor.

But no other movie has depicted the reality of professional sports better than “North Dallas Forty.”

The teams are not out on the field. The team is sitting in the owners’ skybox and players are as disposable as a broken jock strap. A cursory glance at the NFL’s recent trade deadline will show you how important players truly are to their longtime teams.

Despite the darker tones of “North Dallas Forty,” it is still a wildly enjoyable film with Nolte giving one of the best mumbly, hungover performances of his career.

Best quote: Nothing in “North Dallas Forty” can be quoted in a family newspaper.

The classic snobs-versus-the-slobs movie is a bit of a mess, but it was Ramis’ first time directing. There were entire chunks of the screenplay just tossed out. One would’ve explained why Danny Noonan’s girlfriend, Maggie, had that outrageous accent. It was an Irish accent, not Scottish, and she wasn’t the groundkeeper’s daughter. That information helps clear some thing up, doesn’t it.

“Caddyshack” is endlessly enjoyable, endlessly quotable and endlessly hilarious. The comedic performances by Murray, Chase, Dangerfield and Knight are on par with the greatest film comics and comedy teams. And that Murray was brought on mid-production and improvised every line he uttered is proof the Hurricane is a comedic force of nature.

This is the dream sports film.

I don’t mean the perfect film about sports, but the one every sports fan dreams they could be in that spot, take that shot and win the biggest championship in the history of the game.

Small town Hickory, Indiana, works its way to the state basketball title game with a new coach with a checkered past, a drunken hardcourt guru, a player with ice water in his veins and the biggest long shot chance since David crossed paths with Goliath.

We all know the ending, but every time we see “Hoosiers” it feels like the first time.

Best quote: [To a player who is praying]

“Strap, God wants you on the floor.” — Coach Norman Dale

The Charlestown Chiefs are a faltering minor league hockey team in a dying mill town and player-coach Reggie Dunlop (Newman) is trying to save his team from being a tax write-off for the team’s rich owner.

Hill and Newman team up for the third time — “Butch Cassidy and the Sundance Kid” (1969) and “The Sting” (1973) — with a decidedly different and raunchier tone.

Best quote: Nothing in “Slap Shot” can be quoted in a family newspaper.

Sure “Major League” is predictable and follows a sports-movie formula, but it is fun to watch, and the game scenes are some of the best committed to film.

It’s difficult to say whether or not a movie like “Major League” could be made in today’s baseball environment with MLB’s cooperation, as the filmmakers obviously had in 1989.

Either way, this wild thing will make your heart sing.

Best quote: [Rookie pitcher Ricky “Wild Thing” Vaughn is about to throw the final pitch for the Indians in the playoff game]

“Forget about the curve ball Ricky, give him the heater.” — Coach Lou Brown

This is certainly the most dramatic movie on this list.

The 1919 Black Sox Scandal is depicted in one of Sayles’ greatest works.

It shows the heart, desperation and reality of professional baseball players when America’s pastime was becoming a multi-million-dollar business. Viewers have no way of truly knowing who the bad guys are. Is it some shifty players looking for a big payout, conniving gamblers looking for an angle to sweeten their odds of winning or the heartless owners who control the whole dirty racket and claim “purity of the game” as their defense when it all comes crashing down around them?

“Eight Men Out” is a masterpiece.

This is where I’m going to lose a great deal of you, but hear me out.

Yes, “Rocky” is the more celebrated film, but “Rocky III” is the better movie. It’s more fun to watch, it has more action, crazy Mr. T and Hulk Hogan chew up the scenery, Stallone is jacked with ab muscles on top of ab muscles, the theme song is better (“Eye of the Tiger” by Survivor) and you don’t have to look at mousey Adrian while she cleans out bird cages.

“Rocky III” is pulpy, trashy and campy, which is why it is the funniest of all the films in the “Rocky” series.

Best quote: [To Rocky as he meets the stares of young boxers working out in the small L.A. gym]

“See that look in their eyes, Rock? You gotta get that look back, Rock. Eye of the tiger, man.” — Apollo Creed

Writers: Will Ferrell and Adam McKay

Ferrell excels at playing insane athletes in sports movies, like “Semi-Pro” (2008) and “Blades of Glory” (2007). And no more does he exude the “big hairy American winning machine” we all love to laugh at and secretly wish to be than in “Talladega Nights” as Ricky Bobby.

It is a sneakily subversive satire on professional sports, professional athletes, sports fans and American consumerism. Plus, the dinner scenes are better than anything you ever saw in “The Waltons.”

Best quote: [To his grandfather]

“Chip, I’m all jacked up on Mountain Dew!” — Texas Ranger

While “Hoosiers” is an aspirational film about underdogs leaving it all out there on the court and coming up big, “White Men Can’t Jump” is the real game of basketball. Concrete courts in municipal parks crowded with hustlers, has-beens and never-would’ve-beens trying to not lose the rent money on a desperation jump shot.

Snipes and Harrelson are two hustlers who scam each other, team up and scam each other again. Never has succeeding in spite of yourself and getting in your own way been illustrated so well in the movies. We also get to watch some of the most beautifully filmed basketball scenes ever committed to celluloid.

Best quote: “My mother was too drunk to be astronaut.” — Billy Hoyle

No Cool Runnings? So wrong.

Also, what is a desgin editor?

These are not ranked in order, but just listed: Remember the Titans, Rudy, When We Were Kings, Glory Road, Seabiscuit, 42, Pride, The Hurricane, Unforgivable Blackness, The Bingo Long Traveling All-Stars & Motor Kings. I didn't add it on my list, but if the Rocky movies are on I can watch them all in one day even Creed and Creed II. The Rocky theme song alone places it in the top 10.

Baseball and friends coming of age - the best.

With all do respect this is Texas and not a single football movie? "Come on Man" Remember the Titans or Friday Night Lights to name a couple. I will trust your expertise to pick a great one, but Football is a must

The second movie on my list is "North Dallas Forty." It was based on a novel written by a former Dallas Cowboy who played for Tom Landry and with "Dandy" Don Meredith and Roger Staubach, that's gotta have some Texas football credits.

All the above movies are some of my favorites.

Some movies that you may not have seen, but I have enjoyed.

The Bingo Long Traveling All-Stars & Motor Kings. If you have not seen it, it's worth the time investment.

Don't Look Back: The Story of Leroy 'Satchel' Paige

Movies about other sports besides baseball and football.

Thanks for the lists. I haven’t seen any of these except We are Marshall.

Samuel, I did not notice that I had some of the same movies as you listed. We both enjoyed them, so that is great.

A few more I forgot to list. Bang the Drum Slowly, The Pride of the Yankees,

Of the boxing movies below, Million Dollar Baby is my favorite.

I've noticed no one has mentioned "Brian's Song" - an "ABC Movie of the Week" shown on November 30,1971 starring James Caan as Brian Piccolo and Billy Dee Williams as Gale Sayers and the Chicago Bears. A very emotional picture that reflects sports and race relations in the mid 1960s. It was based on the autobiography "I Am Third" by Gale Sayers.

Miracle is my favorite.

DodgeBall is pretty good as well