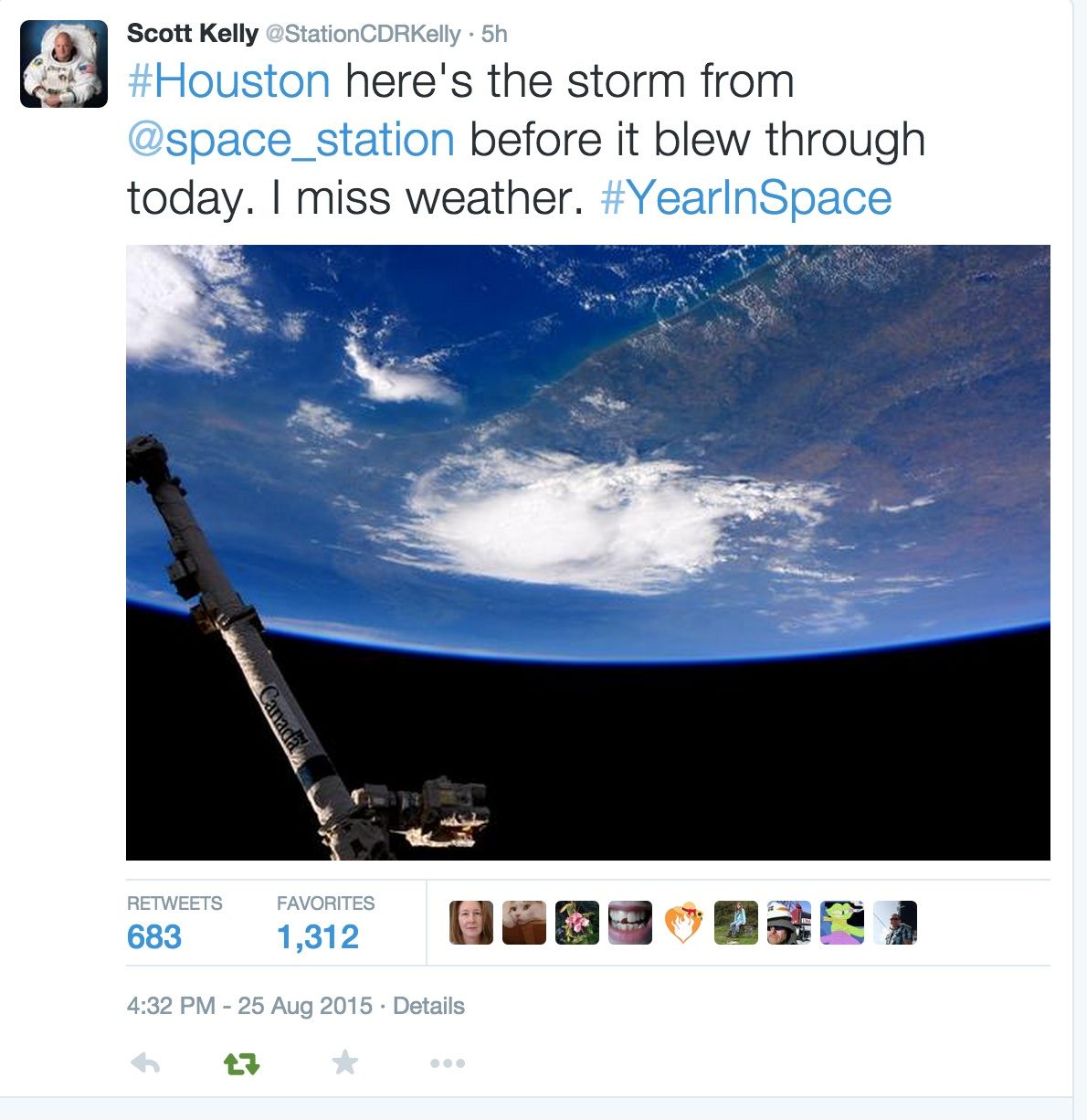 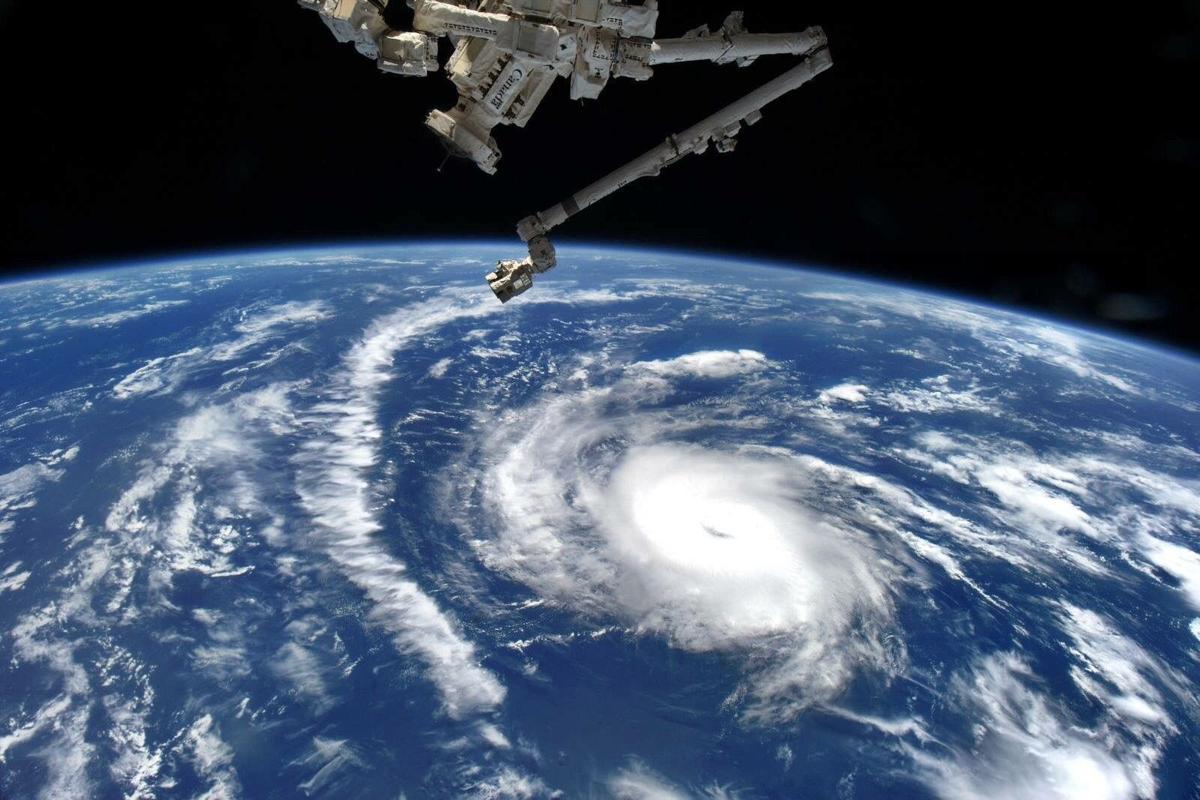 NASA astronaut Scott Kelly took this from of Hurricane Danny from the International Space Station on Thursday.

NASA Astronaut Scott Kelly took this photo from the International Space Station of the storms that passed through our area on Tuesday.

NASA astronaut Scott Kelly took this from of Hurricane Danny from the International Space Station on Thursday.

There were reports of pea-sized hail in League City and Texas City. The rain caused some minor street flooding and the high winds knocked down a few tree limbs.

There were scattered reports of brief power outages.

In general it is one of those days people really don't like weather. Unless of course you are astronaut Scott Kelly.

Kelly, who is aboard the International Space Station, took a nice photo from space of the storms.

In his Twitter post on the photo he added this comment:  "#Houston here's the storm from @space_station before it blew through today. I miss weather. #YearInSpace."

Of all the things to miss while in space, Kelly is sure to miss a lot of things. But the weather?

Well it is the simple things we all take for granted.

Kelly took another storm photo from the space station last week. That was a shot of what was Hurricane Danny, which is now not even a depression.

Kelly is in day 151 of his 365 day mission aboard the International Space Station. His mission is to see what affects long-term stays in space has on the human body.

His twin brother, retired astronaut Mark Kelly, is having tests done on earth so NASA scientists can compare the results.

LEAGUE CITY — A strong line storms pushed through and Galveston County was under a severe Thunderstorm Warning. The National Weather Service office also issued a special weather statement that warned of weather dangers, including lightning that is in affect until 4:45 p.m.

NASA to use twins to study effects of microgravity

The only set of twins to ever travel to space will provide scientists with an new way to compare and study the effects of microgravity on the human body.