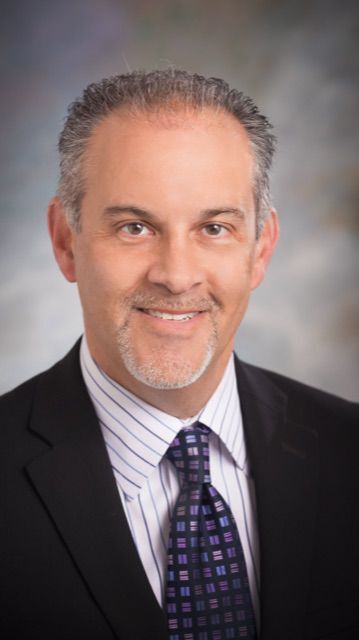 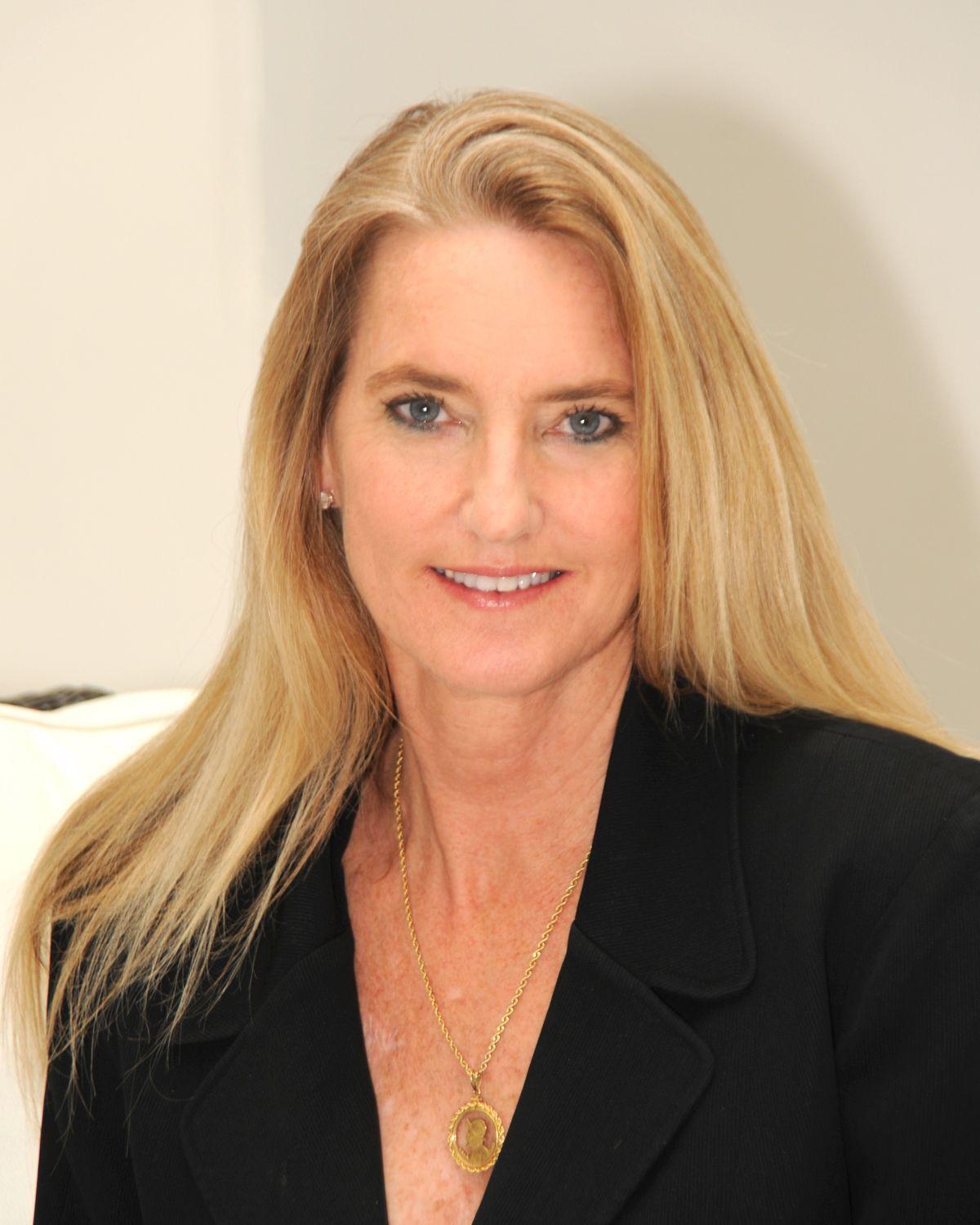 Residents and business owners throughout Galveston County were shocked when they opened their latest property tax appraisals — some that had skyrocketed as much as 300 percent.

At a time when people and their businesses are recovering from the economic pain caused by the COVID pandemic, property values for tax purposes have apparently not suffered in the least and now many of our friends and neighbors risk being taxed out of their homes and businesses.

While we’re focused on the impact of the current appraisal scenario in Galveston County, it’s important to remember this issue affects property owners throughout our state.

Our legislators must take up appraisal reform in a special legislative session and put an end to these uncontrolled appraisal increases or “appraisal creep.”

There were some attempts to address appraisal reform during the 86th Legislative Session. The most notable was House Bill 1568 sponsored by Rep. Mayes Middleton. This bill would’ve increased the margin of error of the property value study and, thus, would’ve reduced appraisal creep.

HB-1568 passed the Texas House on May 13 but was never scheduled for a Senate hearing and died. This issue can’t wait two more years. It must be addressed now.

The Galveston Regional Chamber of Commerce and Galveston County Tax Assessor Collector Cheryl Johnson are leading this initiative. Will you help? Please email Gov. Greg Abbott at info@gregabbott.com and ask him to call a special session and prioritize the issue of appraisal reform.

You may also write and ask the following elected officials for their support for this important reform:

Next on the forefront, we need to ask our city and county leaders to immediately combat these unacceptable appraisal increases by reducing our actual tax rate to reflect “no new revenue.” There will be more on that effort to come. For now, please contact the elected officials mentioned above.

Steven Conner and Theresa Elliott are co-chairs of the Galveston Regional Chamber of Commerce’s Advocacy Committee.

What is driving this has nothing do with local elected officials. It is immigration and over 400 property poor school districts that are increasing. This require $15 billion dollars annually to fund just this issue where the state takes mostly from local property values. That is why the state puts tax caps on school districts.

Next the Texas Supreme court decisions that require equal funding. The courts have been saying for 50 years, the system is unconstitutional and need fixing.

1973: U.S. Supreme Court reverses the lower court decision, holding that the funding system is unfair but does not violate the U.S. Constitution.

unconstitutional, ruling it violates a state constitutional requirement for an "efficient" system of public education.

2003: Property-wealthy school districts file another lawsuit against the state because many are having to increase their local property taxes as the state's share of school funding decreased. They say this amounts to an unconstitutional statewide property tax and are eventually joined by more than 300 districts, rich and poor, contending funding is inadequate and inequitable.

2005: Texas Supreme Court rules for the plaintiffs, holding that the heavy reliance on local property taxes for school funding is an unconstitutional statewide property tax.

2006: The Legislature cuts school property taxes by about one-third and replace much, but not all, of the lost revenue with a $1 per pack increase in the state cigarette tax and enactment of a new broader-based business tax, the so-called margins tax, to replace the previous, more limited franchise tax. The new law, upheld by the Texas Supreme Court in 2011, also places strict new limits on how much school districts can raise local tax rates.

October 2011: After the Legislature cuts $5.4 billion from school funding, more than 360 property poor school districts organized by the Equity Center sue the state, arguing the school finance system is inequitable and inadequate for meeting the state's accountability system.

Aug. 28: In a written opinion, Dietz reaffirms his earlier ruling and also holds that the system amounts to an unconstitutional statewide property tax.

One of this case’s many exciting twists is that school boards had to devote scarce public resources to teams of lawyers to argue on the schools’ behalf. If Dietz’s ruling holds, the state will have to directly pay the school district lawyers’ costs. The charter schools and Grusendorf’s “efficiency intervenors” had no such luck. Here’s how the costs broke down:

A lot has changed since then. In 2005, the court ruled that the funding was barely adequate, but today a greater share of Texas students are economically disadvantaged or have limited English—both groups that cost much more to educate. Of Texas’ five million public school students, more than three million are economically disadvantaged. While Texas’ bilingual population grows, it’s spending less on bilingual education.

Can you continue your thought. Thanks.

Jack - I greatly appreciate your insight but the appraisal methodology is broken. School funding was largely corrected with the state again stepping up to fund compression for the next two years (as it did with passage of HB 3 in 2019 and 2020 ISD funding). Our school districts are sending FAR less money to other districts and the state is paying more. Representative Middleton's bill had a HUGE fiscal note (shame, shame shame Glen Hegar - Comptroller - up for re-election next year). Even the Chief Appraiser came to Austin and testified for passage of Mayes' bill.

I wonder why the Galveston Daily News is not leading the charge against these crazy value increases?

Mr. Cross has chronicled the legislative and judicial approaches taken to give semblance of justification for the fiasco our funding and education system is currently in. No additional tinkering by the legislature will result in a fair and equitable funding.

To have an education system, including curriculums, that will produce generations of children qualified and soundly grounded ethics and morality for Texas, the USA and society the best hope for humanity requires getting the control back into local control, “we the people”

The border fiasco, the corrosion of society, the education system floundering, are all the results of the Federal government, judicial system and us kowtowing to Federal mandates, expecting good. We have given away our control to an usurping Fed, that power the Constitution tried to protect, "we the people." to a growing oligarchy of the Federal Government.

David, do you have any thoughts on how to reattain local control of schools? I assume this would include teacher salaries, curricula, budgets, etc.

The state has already told CADs they need to

And many commercial properties 25 percent. TRUE

FINAL RESULTS OF 2020 PTAD PROPERTY VALUE STUDY The Property Value Study (PVS) conducted by the State Comptroller’s Office serves two purposes: it ensures that appraisal district’s values are at or near market value and determines the level of state funding for school districts. The district received invalid findings for all school districts for the preliminary 2020 PVS.

A large percent of school districts across the state had invalid findings, including districts in Orange, Hardin, Jasper, and Chamber counties. (Including Galveston County. Texas City, Hitchcock and Galveston ISD has failed the state PVS the past two times and if they fail this year 2021, they are at risk of the state cutting school funding. Is this blackmail ??

This is the tool the state uses to take billions of local property tax values across the state. The state sets a narrow upper and lower 5 percent property value margin. The CAD values must stay within this margin. Middleton bill was to increase this margin to 10 percent and that is good, but it doesn’t solve the problem because the state needs billions of local property tax value to comply with the court’s mandate of equal school funding of over 400 property poor school districts.

The PVS is a sample estimate and uses it’s own rules and can have a desired outcome to force CADs to raise property values. That is the reason for the test.

Check out this link,

2020 Confidence Interval Detail (texas.gov) . This shows the school districts where the state says values are too low. Notice that the state values are usually always higher than the CAD - Guess why?

The state is depending heavily on local property taxes. This is what is driving up school costs and property taxes. it cost a lot to provide mandated equal funding to over 400 property poor school districts that are increasing.

The school funding system is a scheme to extract local property values to costly education to the property poor school districts.

This is Texas who leads the nations economy, equal to Russia and greater than Mexico and Canada combined. That should give you an idea of the costs of immigration.

I would not make these claims if I could not back them up. This is a complicated system without transparency. when you did into it, you will be shocked.

Excuse the no paragraph spacing, I wrote the above post in MS Word and the forum soft ware took out all formatting.

It would be nice to actually own my home since the mortgage has been paid off... it's a dream of mine.