As a white woman in her 60s raised in upstate New York and college educated, there is much information that may have changed so many things in my life.

Tulsa: I knew nothing of the Tulsa Massacre. How could this information been withheld for so many generations, including mine? How can it be that I learned in June 2021 about a massacre of men, women and children that occurred in the United States 100 years ago? Why hadn’t it been in my high school social studies curriculum, in my college curriculum?

Before moving to Galveston in 2004, I knew very little about Juneteenth. This year’s celebration of Juneteenth seemed more meaningful to me. To have a national holiday declared right on the fortnight of the 19th of June was impactful to me.

The highlight for me of the weeks leading up to Juneteenth was to be guided through an exhibit in Old Galveston Square by Sam Collins III. I had met Collins a few years ago and found him interesting, very direct and informative.

The Juneteenth Art Gallery is a combination of art gallery and an informative guided history tour. It doesn’t take long to learn things, most of us never knew. Why wasn’t this taught in my high school?

The art is quite moving. The emotions expressed by the artists are in some instances raw and still linger in my mind. The tour taught me many of the aspects of Juneteenth. The Emancipation Proclamation signed on Jan. 1, 1863, by President Abraham Lincoln was signed almost 30 months before it was announced in Galveston. Thoughts wander, why it took so long. Granted in that time period information was delayed, but 30 months?

Was it on purpose, what were the reactions of those who heard the news that day? Both the slave owners and the enslaved persons they held as property, what were their reactions, the fear, the delight, the disbelief; the impact must’ve been incredible. Was the result freedom, or fear? Loss or defiance? Were the enslaved afraid to react, was anger prominent among the enslavers? And to learn the war between the North and South was over?

I learned so much beyond the words proclaimed that day by Maj. Gen. Gordon Granger on his arrival in Galveston. The true story of who were all the people that arrived with him, who actually wrote the speech Granger recited in our historic downtown on that day 156 years ago in front of the J.S. Sydnor building; the site which is now a parking lot.

Imagine the conflicts that arose before that day and afterward. I encourage everyone to take the time to visit the exhibit and take the tour of this story, listen and learn things that you too, probably never knew.

That the slaves had been freed was well known by white Texans - it was reported in the papers. As for the slaves themselves, I imagine that it was kept a secret when possible in order not to encourage them to run away. I've read that the slaves in Galveston who worked the docks and interacted with international shipping crews were also aware of the news from Washington. A few weeks before Juneteenth. a similar action happened in Louisiana, and it was reported in the Galveston paper, so it wasn't a surprise.

It's true that much of American history isn't taught in schools - or at least wasn't when we were in school. The good news is that we're enjoying a Renaissance in new historical research based less on mythology and more on contemporaneous documentation, and new books are coming out all the time.

Now that Juneteenth is a holiday I hope that there will be more interest by historians and more good histories published.

Thank you Joyce for a great guest column and your kind words. Individuals or groups wanting a tour can email info@juneteenthlegacyproject.com to schedule a tour.

An excellent editorial Joyce. Thanks for sharing.

Thank Joyce! I grew up in Galveston and never knew the real history behind Juneteenth. I've learned so much from Sam Collins. And, you're right so much history has just been omitted.

"Tulsa: I knew nothing of the Tulsa Massacre. How could this information been withheld for so many generations, including mine? How can it be that I learned in June 2021 about a massacre of men, women and children that occurred in the United States 100 years ago? Why hadn’t it been in my high school social studies curriculum, in my college curriculum?" ....The Author

Note: Professor Alexander Pratt was teaching all of this in BLACK History at College Of The Mainland back in the early seventies!!!!!!!

My point is I don't think this information was hidden. Maybe it just was not of interest to some people. Saying this ...I am not referring to color, because I know some African-Americans who do not know or did not know some of this information, but obviously many others did know, like myself! There is nothing adverse about knowing history, but I spend much of my time dwelling and meditating on the present, and the future. Nice article. 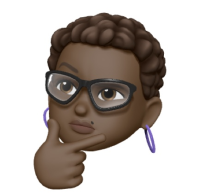 Thanks Joyce, for admitting that there are things about American history that you didn’t know. And kudos to being open to learning from those who know. Knowledge is the most powerful weapon we have. All of us.

I knew about the Tulsa riots but did not know about the Zoot Suit Riots until the song came out ion 1997-98 and some of those riots occurred in Beaumont, Texas. By the way, my Dad did not wear a "zoot suit". He wore a United States Navy Uniform.

I admit I'm ignorant, Carlos Ponce--what's a good source (book or link, etc.) to learn about the Beaumont (and related) riots?

My information comes from period newspapers like the Galveston Daily News. and wire feeds. Also from my father who died in 2009.

Thanks, Mr. Ponce. I've long known that there's lots of history I don't know, and this didn't happen--quite--in my lifetime, but I'm pretty sure I'd never heard of this at all. I join you, I trust, in honoring your Dad (assuming he wasn't one of the perpetrators, as seems quite unlikely). Thanks.

That's the problem with teaching history. As you note "there's lots of history" and all a general course has time for is the highlights. In Texas this is done by the SBOE (state Board of Education) and drawn up in the Texas TEKS (Texas Essential Knowledge and Skills). Can one study individual topics and receive High School Credit? Yes, as an elective.

Critical race theory--at its best, not at its worst (based probably on some actual excesses, magnified way out of proportion by opponents of CRT)--is in fact exactly what Joyce Holm McLean writes so well about here. The history of this wonderful nation is fraught with glorious pluses AND with horrors, many of them directly related to the need to justify genocide of native Americans and slave labor. We need, as adults, to learn as much of it--the great and the bad--as we can. Elementary and secondary students need to not be misinformed, but they do need some age-appropriate historical context and complexity. Real history will not teach that American Indians of African Americans are only victims, or that Washington, Jefferson, et al., were evil people--but that there were consequences, serious ones, of not seeing the world the way we think it should be seen.

And don't get me started on how incredibly long and hard the fight to get women treated as first-class, voting, citizens was.

Thank you Joyce for a thoughtful commentary.

More information on the Zoot Suit Riots is found in Wikipedia. Here are the opening paragraphs and two further citations:

The Zoot Suit Riots were a series of conflicts on June 3–8, 1943 in Los Angeles, California, United States, which pitted American servicemen stationed in Southern California against young Latino and Mexican American city residents.[1] It was one of the dozen wartime industrial cities that suffered race-related riots in the summer of 1943, along with Mobile, Alabama; Beaumont, Texas; Detroit, Michigan; and New York City.

American servicemen and white Angelenos attacked and stripped children, teenagers, and youths who wore zoot suits, ostensibly because they considered the outfits, which were made from large amounts of fabric, to be unpatriotic during World War II. Rationing of fabrics and certain foods was required at the time for the war effort. While most of the violence was directed toward Mexican American youth, African American, Italian American, and Filipino American youths who were wearing zoot suits were also attacked.[2]

As long as Republicans have the say so when it comes to just what is taught in our schools the content will be in their favor. The same goes for the Democrats. You must remember that politicians have to look good in the eyes of the voters. This includes students for they too will become voters.

In most states the individual schools, school districts or city schools buy texts. To keep costs down, Texas adopts texts for the entire state. A textbook selection committee in each school or district selects from this list. Because of the high volume, text printers usually start with Texas curriculum. The rest of the country either goes along with this selection or goes with the California list.