(11) comments Back to story

Mr. Denson, i agree with your frustration but Property taxes in Texas are are set locally. The state of Texas or the CAD does not determine what you owe on your property tax bill, local taxing authorities do. Protests should be when tax rates are set. Schools are 55 percent of your tax bill. Here is where the state ties the hands of school trustees with property tax cap, allowing the state to take all this property values by reducing their share of school funding in billions of dollars of local property values across the state. There are a lot of kids coming across the border, a lot already here and a lot of babies being born. All of them MUST be educated, Poor school districts are growing. The State is the governing agency of CADS, don't expect the state to help because the state forces CADs to appraise at 100 percent of market values. The state is depending heavily on property taxes that they use for programs other than education. .

Jack is my “go to guy” on this topic. It’s important to realize that a doubling of valuation doesn’t automatically mean a doubling of taxes. It’s incumbent on the taxing districts to reduce tax rates accordingly. The cities, county and other districts can do this. The school districts, as Jack has pointed out, are in a bit of a bind as the State strives to push its burden on to the locals.

Jack > The question was why rents go up? Many renters don't understand their land lord has overhead your rent must cover. Taxes are a big part of their overhead.

Skyrocketing appraisals and property taxes defeat local efforts to create and preserve affordable housing. You really can’t have both. 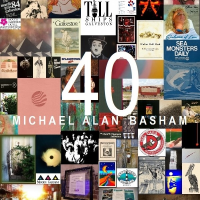 Precisely! On all points. And, as bad as it sounds, the cause and effect scenario is far worse than described herein. The impact on a livable city will be immense. The impact on a reliable workforce for anchor island tourism, hotel/motel, restaurant/bar, and attractions employment will be significant.

Whether you call it greed, gentrification, or just tax-abuse, really doesn't matter. "For every reaction there is an equal and opposite reaction." Trust me, the island does not want this "reaction". Rents are already ridiculous. Some of these property management companies just won't make it. And if whoever acquires them after failure does not structure to actually reduce rents, they won't make it either. Galveston Island rents are well beyond "critical mass" status.

Once these renters, these employees are driven off the island and move north, they won't be back. Both the rents and the career opportunities to the north are far more appealing than anything the island has to offer. Yes, that means a lifestyle change for them. They will no longer be "Islanders". Big Deal! They will have new lives and new opportunities.

Michael, your comments are spot on as well..

I don't disagree with anything any of you have written, but all of you are wrong with your analysis of who to blame. The property tax system. confusing and purposely void of transparency.

Consider, with things you have, it is usually a good thing when its value goes up., The same should hold true with property, so why not? Lets take for the county who for the past 6 years the county has set their tax rate at what is called the effective tax rate. That is the rate that brings in the same amount as the previous yea. Not only has the county done this, they have actually been receiving more revenue than the year before. How is this? Its because of all of the new construction of all kinds add value to the taxing district. All the other taxing bodies can do the same. I'm not going to judge them because property taxes fund most all their needs, But the point is that all taxing units have total control over how much taxes you pay, Not the state or the appraisal district.

Have you noticed I left out the schools, In short the state needs all these values so unlike all the others, the state has devised a scheme that applies only to schools but amounts to more property taxes you pay than all the taxing bodies combined. They do this by tying the hands of school boards with tax caps that prevent the trustees from using this money to lower the tax rate. Why, because we have a lot of poor students coming from all over the world and these property poor districts are growing like a tree. Law says they must be educated and receive equal funding. it cost more to educate these students. legislators won't tell you what I just did, because the number of Hispanics in Texas is 53 percent and nearly 50 percent statewide. It has grown to a significant voting block that the republicans don't want to touch and democrats look at as new voters.

Unless these laws are changed without a new revenue source, its impossible to fix the system and as long as voters say confused over how the system works,, State officials will keep running on false promises of cutting property taxes

Jack> My solution would include elimination of CAD and ISD schools. ISD schools being the first priority. Eliminating CAD would return the old property tax evaluations to what the property sold for until the next sale. New buyer would pay tax based on sale price. Next buyer would pay the new valuation's tax until they sold. The fault of old system was wealthy owners could buy under valuations to pay lower taxes. Fix that and the old system would work as intended. The problem with CAD is they seem to learn how much budgets need before auditing properties. Requiring tax spending agencies to set budgets according to expected income from earlier appraisals. ISD schools should be eliminated because they are a failed system that requires more and more funding to cover growing failures.

Should be 53 percent in school district and near 50 percent state wide.