We’ve seen it all before. In La Marque, we see it again.

Joshua Feast, a 22-year-old Black man, was shot to death in the back by La Marque police on Dec. 9 as he was running away. And so it began. Another Black man shot in the back by police, and this time in our La Marque community. We’ve seen it all before.

I wrote a column (“We need real solutions for wrongful police shootings,” The Daily News, Sept. 3) regarding the need for real solutions for wrongful police shootings. It was after the scenes of Portland, Kenosha and Minneapolis had been played in our country, and the realization that the reality of it happening here wasn’t a matter of if, just a matter of when. The automatic response of the officer being placed on administrative leave, the outcry from the community, the pushback of those who think a cry for help to stop killing our Black men is a condemnation against those who wear blue, is a problem that persists across our country, and has found its way in our beloved Galveston County.

“We are caught in an inescapable network of mutuality, tied in a single garment of destiny. Whatever affects one directly, affects all indirectly,” is a famous quote expressed by Martin Luther King Jr. It expresses the knowledge that we’re connected as a community, a state and a country. We’re connected as a people and the pain felt by the family of Joshua Feast, the questions of the community, the need for accountability, is a shared experience.

It’s a tumultuous time in the city of La Marque, and the county of Galveston. The community doesn’t trust a system that’s led by the belief that racism doesn’t exist in Galveston County. A system that allows police officers who’ve abused their position at one police department to go work for another police department in a different state or city in our country, as a police officer. A system that fights harder for the system than for justice for the one that was slain.

There are widespread calls for police reform, action by elected officials and racial justice. There have been marches in La Marque pursuing justice for Joshua, and another march is on the near horizon. Justice cries out. A cry for dignity, transparency, accountability and change. Will it be heard, or will the cries of a community continue to be ignored? Time will tell. We await justice for Joshua.

Adrienne Bell is a teacher and former congressional nominee in Texas District 14.

I'm so proud of you, Kimberly Jones Yancy!!! You wrote "Amen" not like that clueless man on Capitol Hill who said "Awoman". [thumbup] 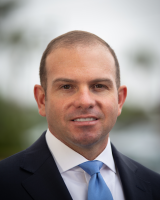 Fixed it for you.

Let me take the opportunity to do this one more time. I did it some time ago but it might help if I do it again.

Okay, when one is dealing with a police officer ..there are do(s) and there are do not(s) ...which should be followed. Lets take the do(s) first...want to? Okay:

Do pull over safely or STOP asap when an officer is trying to pull you over or stop you.

Do remain in your vehicle with hands in full view and WAIT until the officer gives more instructions.

Do be polite and respond with courtesy to the officer(s) who are just doing their jobs.

Don't try to avoid a stop by trying to out run the Police.

Don't ramble around in your vehicle after you are pulled over.

Don't disrespect the officers by using profanity or bad language.

Don't try to teach the officer(s) constitutional law at 2am on the side of a lonely road somewhere in Podock County! You can always voice your grievances later with an attorney.

I will throw this one in for free NO CHARGE......Don't Ever Tell a police officer what another officer, you know says HE/SHE cannot do! NOT EVERRRRRRR! Not ever.

Now, these are simple basic dos(s) & do not(s) which will help the interphace between a police officer and yourself come to a peaceful conclusion with both parties going home to families, and not to the hospital or the cemetery. I hope this help somebody!

I agree with your basic list for the average citizen. There are so many who complied and yet they still died. Breonna Taylor was sleep. Tamir was playing with a toy gun and never got to show it or explain it. Travon Martin was walking home with skittles and he "looked" bad at 17 years old. And not one of those officers or "security guards" were indicted. And of course the list goes on....but thanks. The cool thing about an officer, he can at least take his uniform off......

Bottom line KJY is follow Charles' suggestions and odds are you'll be just fine. Anyone showing a weapon when involved with the police should expect to have a problem. When I have been stopped I always do just what Charles does. Yes I'm an old white guy, but I'm not a stupid old white guy when it comes to dealing with the police. Some of us call it respect---respect the cops and they will respect you.

Seems these failures for political election need to keep their prominence in the public by publishing their slant on events. Bell the Teacher and NAACP president Yancy think alike, shallow. And no matter the subject these malcontents never pass up an opportunity to sidetrack into denigrating, Police and President Trump.

The temptation to give a full rebuttal to these want to be politicians on where they fail to look deeply enough into the myriad of causes that have created problems in the community to identify the root problem will soon be unbearable. Stay tuned for the rest of the story, soon.

I didn't know you could be shot in the back and point a gun too at the same time. Wow! I guess the same people who believe Donald Trump didn't incite a riot on Jan. 6th can believe that J. Feast was elastic man. Geez! (You just can't make this up! LOL!)

Kimberley, the man pulled a gun, pointed it at the police, then turned to run. The officer reacted in a split second. It was either shoot or be shot. If you ever played "Cops and Robbers" you would know it's possible to point the gum=n turn and be shot. Didn't you ever watch westerns? A fleeing bad guy jumps on his horse and while riding away aims at the good guys. The Good guys shoot back hitting bad guy while his back is momentarily turned.

Its so sad how we can look at the same body cam and both see that a gun WAS not shown being pointed at Santos but still say it was.....but I guess its the same eye that says the Jan. 6th rioters should not be punished.....or that says "they didn't really mean it..." There are definitely two systems of justice in America.

"a gun WAS not shown being pointed at Santos " Kimberly, I suggest you adjust the contrast and brightness on your monitor because the video was taken in the dark. You will then see what the investigators see - a gun pointed at Officer Santos.

Sorry KJY, I thought we were talking about a person with a criminal background carrying a weapon running from a cop, not who you or I voted for.

Clinton , what clip did you watch to come up with that and decide that's what happed? It is best to wait until the trial to decide what happened. Once all the evidence is presented, the Judge or the jury will decided.. Below is the dash cam footage link.

Jim, yes I’ve seen the footage. There won’t be a trial.

Clinton, what makes you so sure that a wrongful death lawsuit will not happen?

Has the police investigation been released? To make a public statement like you did is trying someone without having access to all the facts.

Unless you have inside information, all you know is what in the the news. Time will unveil the truth.