Today’s presidential election will likely play out as one of the most consequential in most Daily News readers’ memories. No matter who you choose at the top of the ballot, our nation will move in a historically significant direction.

And for that matter, their respective parties will as well. One thing for sure is this election will not lead to a slight deviation from the middle, but rather one with potentially significant repercussions going forward.

The top of the ticket will lead to real questions about how we will self-govern. Besides the White House, Congressional and state races will shape critical decisions — health care, national security, immigration, race relations and tax law. Alone, each of these are highly impactful. Combined, however, they represent a significant body of work with far-reaching implications.

Everyone, one way or another, will be touched.

Unfortunately, the 2020 election turned toxic before the first vote was ever cast. And considering The Daily News has reported on elections for 178 years, that is saying something.

Elections are about bringing people together, not demonizing one other. Pointing out differences and discussing them with fact-based exchanges provides for both sides to find an agreement. In life, no one gets everything he wants — and the same is true for politics.

We are concerned this paralyzing noise threatens our ability to move our nation forward. An inability to hold civil conversations, negotiations and elections can potentially move our greatest threats to national security from outside our border to one as close as our neighbor. Neither major party is blameless in this concerning blemish.

But let’s all keep our heads as results and outcomes come into focus. While there may be much at stake in contemporary terms, our collective future as a nation also is in the balance. We are a nation where the most powerful office on the planet transfers from one elected leader to another with a ballot and ends with a handshake.

We need, if anything, to protect the grace and tradition of respecting one another. America is the greatest on-the-fly experiment in government and civilization ever to exist. We must come together in a shared spirit, not in streets filled with anger and hostility. Let’s not blow this reputation.

America is a great nation. It is also imperfect, at times as petulant as a young child, but generally surrendering to the greater good. We make mistakes, we learn, we self-correct. But in the end, our nation and this election are worth fighting for — one ballot at a time. Recognize our vote counts as loudly when you cast — and when you don’t.

This election is not an election to sit out. Get out and vote. No excuses. 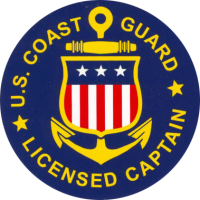 Leonard, I can't agree more. "Get out" and vote is the way our elections are supposed to work. It seems this year that millions of lazy Americans sat on their couches and cast mail-in votes. Ironically, I've heard over and over in the media that a majority of mail-in votes were from "Democratic strongholds". Mail-in ballots are great for elderly, military and handicapped people but were never intended for lazy people. Predictions were made weeks ago that if mass mail-in ballots were used, Trump would be leading on Election Day and his lead would slowly erode as these magical mail-in ballots were slowly counted. Funny how this has played out exactly according to predictions.