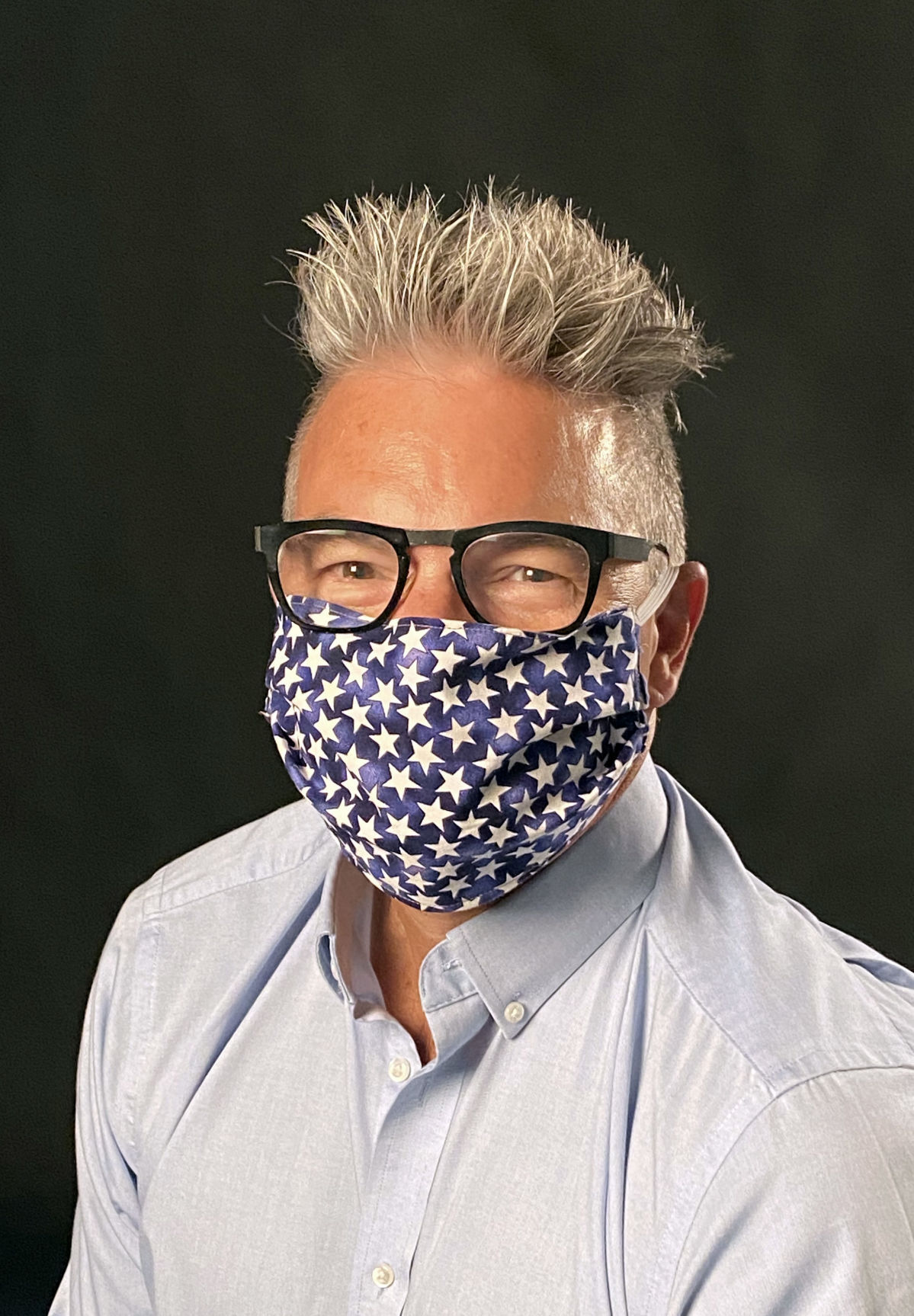 As publisher of The Daily News, I receive lots of reader notes. Many as beautiful as spring roses, others prickly as thorns. I love to hear from the community and have learned a great deal along the way.

That brings me to what I hope is not a growing misconception about why The Daily News publishes guest columns and letters to the editor. Guest columns are those submitted by people who are not Daily News staff writers. Daily News editors collect them, verify authorship and share them with the community.

Often, the columns and letters to the editor that are published along with them inspire response through other letters and columns. That’s what we hope for, anyway.

And sometimes, they inspire more personal notes, as was the case earlier this week.

Handwritten on a newsprint page featuring a local resident’s guest column were the words: “Who is this man and what makes you think his opinion matters? Consider us G-O-N-E!”

I paused after reading it, imagining the voice and passion on the other end. And while one could quickly become defensive as if being poked by a sharp stick, I wondered whether our newspaper’s long tradition of sharing opinions from local residents is increasingly misunderstood. I certainly hope not.

The guest column offered one Galveston County resident’s political opinion. The writer expressed his displeasure with President Trump. A column or a letter from a reader expressing displeasure with a politician, and frequently with all politicians, is standard newspaper fare. It’s a type of expression far older than the medium.

What seems more recent and troubling was the note, and especially this — “what makes you think his opinion matters?”

America is a melting pot of races, religions, cultures and opinions. And from this gumbo comes a history of continuous advancement like no other place.

Perfect? No. Flawed at times? Yes. Willing to change? Absolutely.

But change comes from people feeling free to voice their opinions without reprisal from the government or their neighbors. And in the latter case, the government’s role is to protect citizens’ constitutional right of free speech.

Fostering and supporting a culture of civil, free-flowing ideas and opinions is important to the United States because it helps drive the evolution of our society.

As for me, I do not need to agree with an opinion to value the voice. My hope is we are not moving toward a self-censoring environment, one where disagreement means discounting or devaluing another’s voice. Without welcoming a variety of opinions, we risk losing the introspection that helps us challenge, and often affirm, the opinions we hold.

The Daily News is a tool designed to share different points of view and a variety of opinions. And undoubtedly over the past 178 years, the paper has published countless opinions from residents that brought into question widely held beliefs. Regardless of whether the opinions were ahead or behind the times, sharing them served an essential role, helping to preserve the good and evolve toward the better.

Guest columns and letters to the editor will continue in The Daily News. I strongly feel our community deserves a forum that fosters civil and respectful discussions. When a column publishes in The Daily News, the words become a permanent part of Galveston County’s record. Regardless of whether The Daily News agrees or not with a local resident’s opinion, we will always value that resident’s voice and fight for the person’s right to speak.

To us, every voice matters — even the one in that note I got this week.

I agree! You are right on the Money sir! Freedom of expression is a freedom which many have fought and died for,....that others might enjoy without being jailed or persecuted for exercising IT! Your explanation of this is timely coming in an environment where malcontents seems to be.chipping away at the foundation of free speech, attacking it, and other constitutional rights we are blessed to enjoy in this country today! I thank you.

“As for me, I do not need to agree with an opinion to value the voice.”

Absolutely, and I don’t need to agree with an opinion to fight for the individuals right to express it. Excellent column.

"To us, every voice matters". We'll see in October when the GCDN editorial board endorses a presidential candidate. Was the endorsement of Hillary by the board in 2016 a result of group think or did everyone on the staff actually think Hillary was the better choice? If it is the latter that shows no diversity on the editorial staff. I preferred in the past when each member of the editorial board gave his or her endorsement in a short paragraph with their name attached instead of one blanket statement. Or was the endorsement of Hillary in 2016 a consensus or group think? Diversity of opinion is good. Lock step group think is not.

Newspaper people tend to be more liberal as a rule. That's just the way it is.

I agree, Carlos. I'd much rather see a dozen anti-Trump editorials than just one.

More anti - Trump editorials do not reflect the Galveston County populace, nor the readership of this publication. But we see how much influence the endorsement of Hillary in 2016 had when Trump won Galveston County easily.

The letters and especially guest columns are always illuminating. There's no reason why you should expect to always like what you see. Americans are not great at critical thinking - it's a skill that's discouraged by our educational, economic, and political systems, Or maybe being stupid is just in our DNA. I frequently cringe at the ignorance I see in letters to the editor, but I'm more than compensated when I see a letter or column with real insight, empathy, and intelligence.

I hope the GCDN never filters reader input. It's the truest window into our society. Without it, a lot of these people would just be thought to be fools; with it we can remove all doubt.

You are absolutely right. Allowing all readers to express their opinions helps us to identify the rational people along with the “kooks”

Spot on! This is what our country is founded on and yet so many (including Trump) have lost sight of this. Or maybe they never saw it

Trump never "lost sight of this", Kristen. What he objects is fabrications being passed off as news.

Mr. GCDN leader, I agree that you must leave the door open for all authors and comments. Any editing of unacceptable i.e. nasty, vulgar should be allowed with -Dashes- to replace those word(s). That is freedom of speech that also exposes an author's deeper self.

Carlos put forward the mechanism by which us (your client) are treated not as merely the provider of money but are able to see that they can trust the GCDN to be a member of a (small d) our democratic society,

I submit that if your board's recommendation is submitted to the public as a homogenized recommendation it is political influence, attempt. Having each board member issue a personal opinion the subscribers can trust the fairness of the GCDN. That would remove some of the suspicions of bias.

Thanks Mr. Woolsey for opening this discussion.

I have been looking for a front-page article telling readers that there was a significant event in the Middle East relations. I can't find any reference. Can you help me with my effort?

You did report this, White House's Meadows says he accepts Harris eligible for VP.

I would expect something on our President Trump's negotiation.

See if you detect any journalistic attitude.

Would be thrilled if you responded!

Here are some examples we get from our AMERICAN 4th Estate::

CNN = Israel-UAE agreement a meek version of the historic Mideast.

The Biden factor in the UAE-Israel deal - Brookings Institution

NYT = The Israel-U.A.E. Deal and the Beirut Blast Both Box in Iran

Telephone calls between UAE, Israel ring for the first time ...

www.chron.com = 7 hours ago - Anger over the deal however continued as well, with protesters in Pakistan criticizing the UAE and Iran making new threats about the accord, ..

www.chron.com = 3 days ago - JERUSALEM (AP) — Israel's agreement to establish diplomatic ties with the United Arab Emirates marks a watershed moment in its relations ....