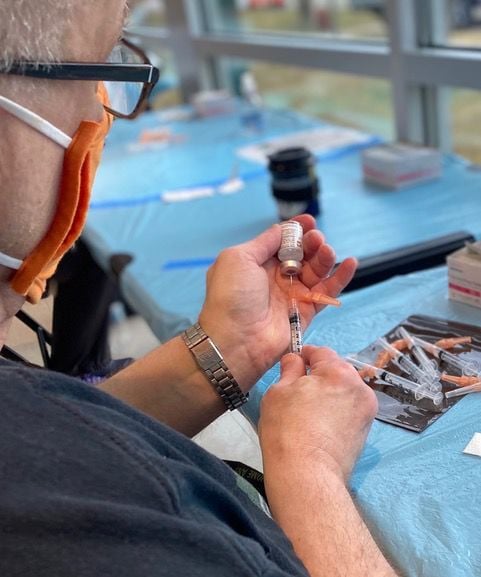 A health care worker prepares a dose of COVID-19 vaccine at Galveston County’s inoculation hub in League City on Thursday. 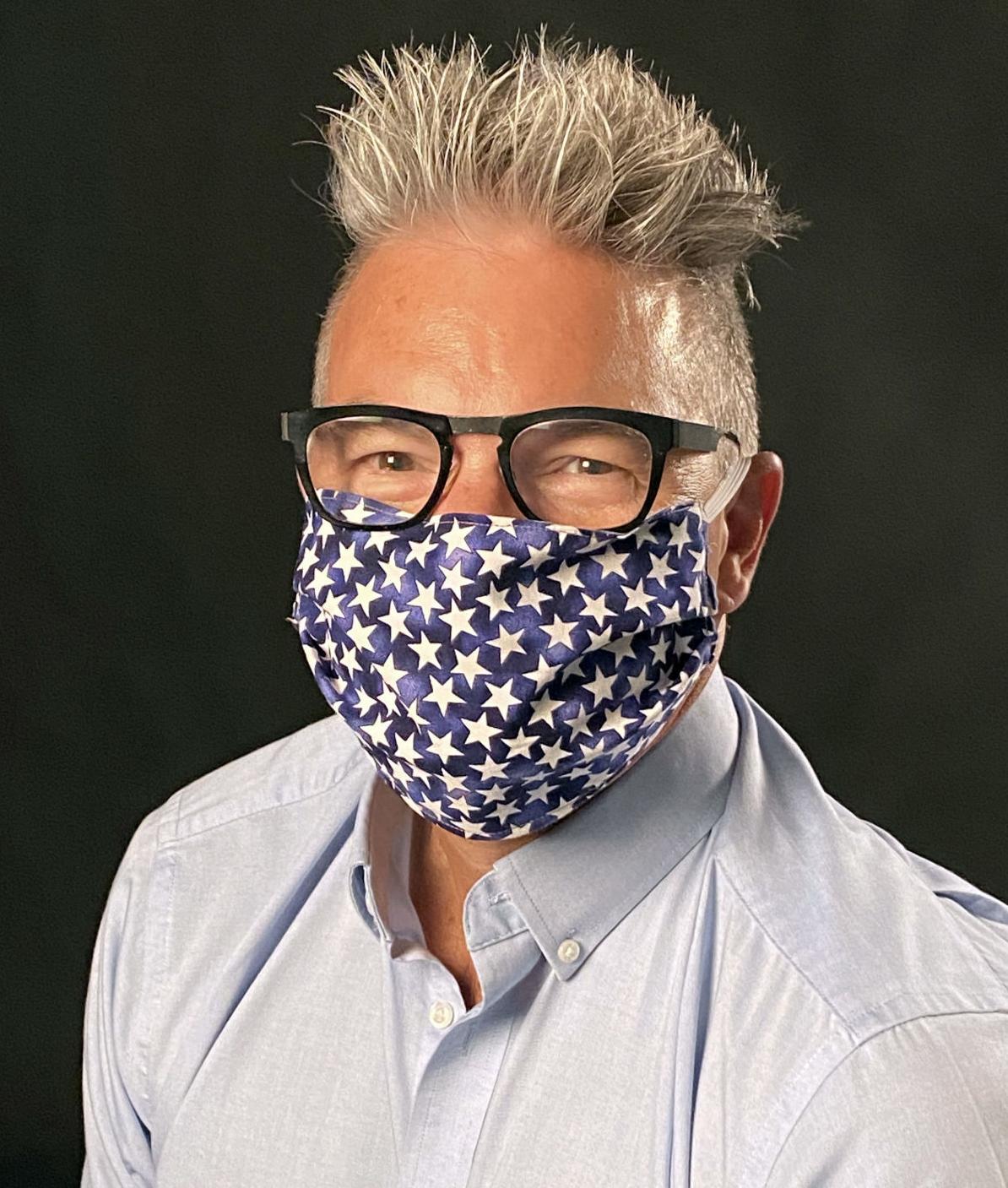 I could not shake the feeling of sitting awash in a moment of history in the making.

This week, I joined volunteers at the Galveston County Health District’s mass COVID vaccination site in League City. With more than 2,000 expected to receive their initial shots, the human faces were as diverse and colorful as tiles in a piece of mosaic art. Each face, each smile, carrying a distinctive path to the moment.

My job was to work with a team of volunteers fanning out deep into the traffic, checking paperwork, confirming names and placing bracelets on the wrists of qualifying individuals.

“Thank you, and God bless you.”

While the gray skies drizzled throughout the day, the warmth of smiles and kind words inside the cars insulated me from the cold.

Lines were long, but the payoff would represent a decisive step to protect them from the dangerous virus, which has taken more than 500,000 American lives.

On a human level, spending a day looking into the eyes of people eager to get their first shot proved to be emotionally powerful. I saw the lines on their faces, the wrinkles around the eyes, and the occasional tear welling up as the plastic bracelets snapped around their wrists.

A white full-size pickup truck pulled up, a sheriff’s deputy behind the wheel, his beige western hat nodding to the passenger. There sat a quiet older man wearing a blue WWII veteran’s hat. As I confirmed his name, I couldn’t help but imagine what his eyes witnessed up to this moment and how he must have felt. As a member of The Greatest Generation, he was there, again, front and center at a vital moment of history.

The bracelet snapped around his thin wrist; he thanked the volunteer and the truck pulled forward — the soldier’s next personal moment in history one step closer.

And then there were cars filled with adult children driving their elderly parents to appointments, some playing the translator’s role. And with each interaction, I was reminded of the rich and powerful melting pot of our region. So many individual backstories, but all aligned with one purpose on that day.

Long lines extended beyond my view, but people were excited and almost — if I say — giddy. The day was their day, the opportunity to protect themselves, their friends and their loved ones. Their effort was every bit as important for the volunteers working the site. They, too, were playing a critical role in pushing back the COVID threat.

And then, behind the scenes, are volunteer health care workers: retired medical doctors, nurses and others showing up to play their part. And long after the lines ended on my side, they continued for the better part of an hour.

Thanks to the Galveston County Health District, the volunteers and everyone who played a part in receiving their initial shots this week. Each contribution is critical.

This vaccination effort is our moment in history, each shot bringing us closer to winning this war against the virus.