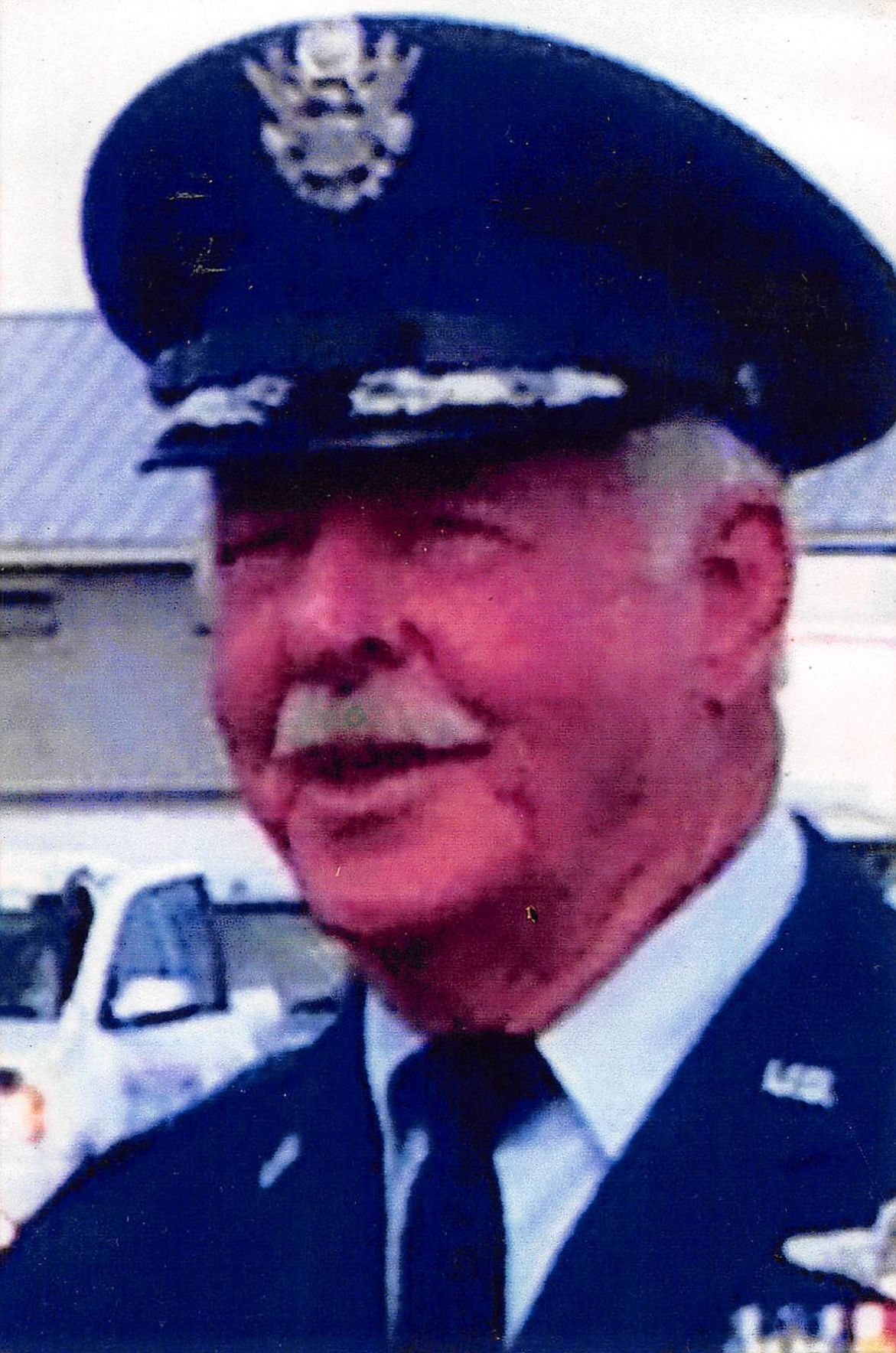 The Colonel was born December 29, 1921, to Mildred Russell Sledge and Thomas Edward Sledge, Sr. in Louise, Mississippi. He spent his childhood in Shreveport, Louisiana with his mother and younger brother Russell. After graduation from Byrd High School at age 17, he traveled to Texas City to work in his father’s pharmacy. He was attending the University of Texas in Austin to study medicine when WWII began in Europe. He immediately joined the Army Air Corps as an Aviation Cadet the day after the Pearl Harbor attack in 1941. He was commissioned as a 2nd Lt. on July 4, 1942. As a navigator, he flew 45 combat missions in China-Burma-India during WWII and 50 missions during the Korean conflict in the 1950’s. In his 28-year career in the Air Force, he participated in the Bikini Atomic Bomb tests in the Pacific, was stationed in Germany and was heavily involved in the Cuban Missile Crisis as a war planner at the Pentagon.

The Colonel was awarded 17 medals and ribbons, including two Distinguished Flying Crosses, the Meritorious Service Medal, the Air Medal and the Air Force Commendation Medal.

As WWII was ending, he married Doris McCauley on April 24, 1945. They enjoyed living on various Air Force bases as a military family while raising their three children, Sylvia, Tommy and Sydney. He taught them life lessons in discipline and instilled educational skills through his love of books and reading along with music and geography. Always a strong supporter of his children, he encouraged them to keep an open and curious mind along with a strong sense of adventure.

While serving his country, he also managed to graduate from college, receiving his bachelor’s degree in business administration from Park College in Kansas City, MO. After retiring from the Air Force, he established the first Air Force Junior ROTC unit at Dickinson High School in 1972 and ran it for eight years. He was very proud of his students and of the ROTC program that is still going strong today.

The Colonel was an avid reader, hunter and fisherman. He enjoyed playing and watching golf, traveling, and dancing to country western music and his favorite Big Bands. To honor the country, he loved so dearly as well as to commemorate his commission date he hosted annual 4th of July celebrations at his home across from the birth place of the U.S. Air Force.

He is survived by his two daughters Sylvia and husband Richard (Dick) Bigler and Sydney Sledge and husband Darrel Barnett. His sister-in-law Sharon Gordy and numerous nieces and nephews from the Anna Mae and Henry McCauley family. He also leaves behind his loving and devoted companion Imogene Christian and her extended family.

The family wishes to express our appreciation and gratitude to the Colonel’s long-time friends Tommy and Liz Watkins, Charlie and Olivia Brower, Dave and Fran Shades, and Dee Ann Haney. Special thanks to the staff of Mainland Hospital, especially ICU nurses Cherry and Anita for their care and compassion.

Our deepest and most heartfelt thanks to Emma Stanley for her 10 months of caregiving to ‘The Colonel’. Emma became his Staff Sergeant while he was declining in health and provided the support and witty encouragement to fly on through each day.

Visitation will be at Emken-Linton Funeral Home in Texas City at 1:00 p.m. on Friday, December 8, 2017. Services will begin at 2:00 p.m. followed by burial at Galveston Memorial Park in Hitchcock, Texas. The Colonel will be honored and buried on December 8, 2017, the same day he joined the Army Air Corp 76 years earlier in 1941.

In lieu of flowers, The Colonel can be honored by donations to the charity of your choice or to the TCISD Foundation for the Future, a scholarship fund supporting excellence in education in the Texas City Independent School District. 1700 Ninth Avenue, Texas City, TX 77590 http://www.tcisd.org/departments/foundation