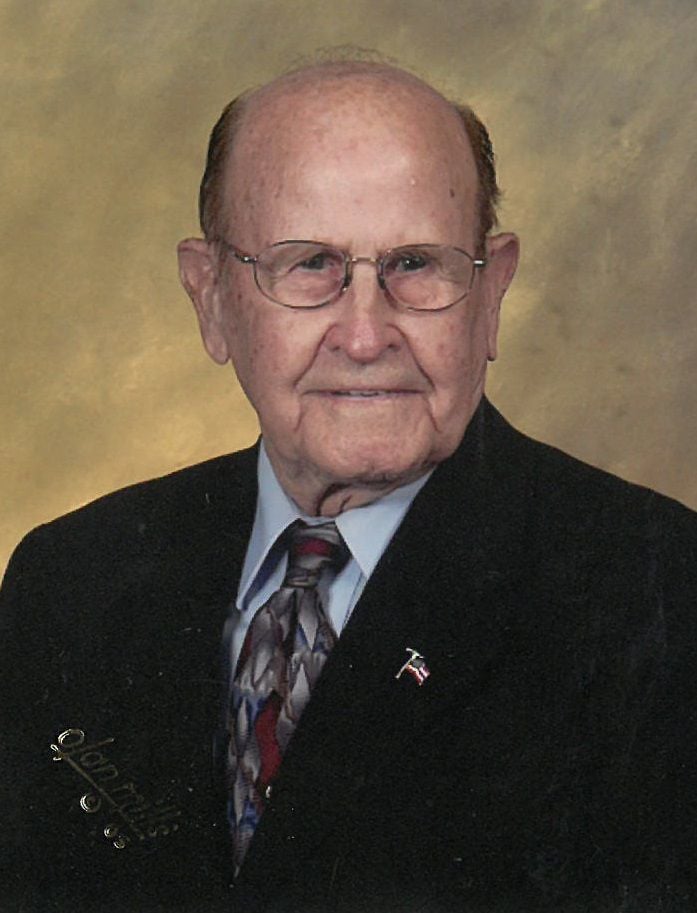 His Dad died when Clois was 3 years old. So Clois traveled with family by wagon to Weldon, Arkansas to live with some family. In the 5th grade Clois quit school went to work at a lumber mill to take care of his mother and all his siblings. He always worked at various jobs. He worked at an Armory, had a Body Shop, learned to weld at a shipyard and became a Crew Chief. Texas City Gas Company heard of his hard work and hired him as a welder. He worked there for 34 years and became a Supervisor. Clois could not read or write so he hired his grandson’s teacher so he could do his crews reports for the Gas Company.

He loved to grow flowers and loved to bowl, Clois was on a bowling team until he was 97 years old. He liked to fish, shrimp and deer hunt 4 or 5 days in Wimberley, Texas with the family each year. Clois took care and fed feral neighborhood cats, he made a cat house with food, water and even music for them all.

Clois gave to various charities like Wounded Warriors, Orphans, Animals, Policemen and anyone who needed help. He was never late anywhere and was always loyal to his jobs, church, friends and family.

He was well loved by everyone and will be missed.

The family would like to thank Elysian Hospice and TheraCare Home Health Care for the care given to Mr. Phillips.

He is preceded in death by his three wives: Mildred, Marie and Dora; step-daughter, Joyce Hamilton and he is the last of his brothers and sisters.

A Memorial Service will be at 10:30 a.m. on Saturday, February 1, 2020 at Northside Baptist Church in Texas City with Pastor Clay Bowers officiating under the direction of the James Crowder Funeral Home La Marque.