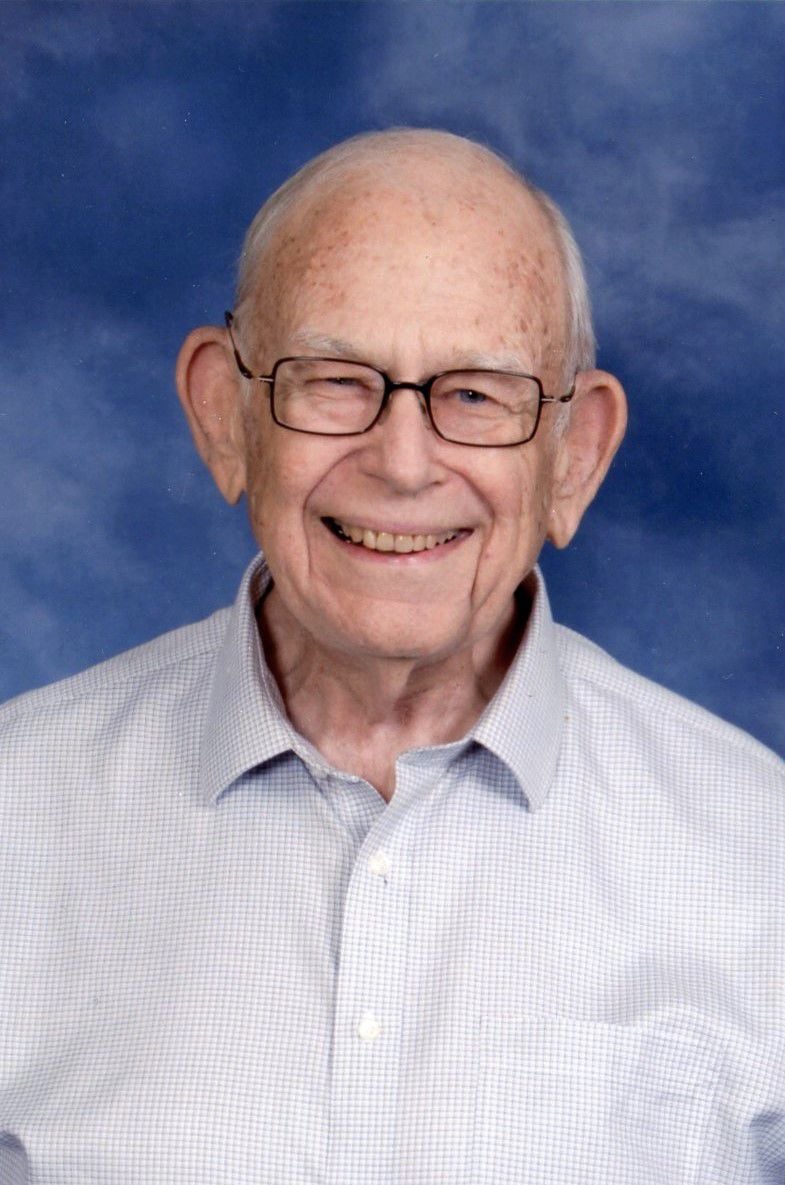 John Ware Jacobson, 87, died at home in Richmond, Texas, on Monday, November 18, 2019. Born in Galveston on February 29, 1932, to John Edward and Elizabeth Hawkins Jacobson. John grew up in Texas City and graduated from Texas City High School in 1949 as class president and commencement speaker. He went on to attend The Agricultural and Mechanical College of Texas, where he obtained his degree in mechanical engineering in 1953 and was commissioned a second lieutenant in the U.S. Army.

On April 24, 1954, John and Elizabeth Frances (Betty) Bess were married in Houston at St. Stephen’s Episcopal Church. John and Betty first became acquainted at a young people’s conference at Camp Allen, a ministry of the Episcopal Diocese of Texas, then located near Baytown.

After two years of military service in Korea and Guam, John worked as an engineer for Amoco at its Texas City refinery for 30 years (1955-1985), followed by six years as Director of Engineering Research and Service at Amoco’s Research Center in Naperville, Illinois. Following his retirement, John and Betty returned to Texas in 1991, settling in Richmond.

Always quick with a smile, a kind word, and a helping hand, John loved music and singing, reading, gardening, teaching, traveling, slide photography, dominoes, bridge, baseball, and Aggie football. Most of all, he loved his family and serving his Lord Jesus Christ. A lifelong Episcopalian, John was generous with his time, talent, and treasure in the congregations and dioceses in which he found a spiritual home. Baptized and confirmed at St. George’s, Texas City, where he worshipped for 53 years, he and Betty were also active members at St. Benedict’s in Bolingbrook, Illinois, and finally at Calvary Episcopal in Richmond. He served as a Vestry member in each of these congregations; was Senior Warden multiple times; sang in the choir; served as a lay reader, chalice bearer, and Education for Ministry mentor; led stewardship and Christian Education committees; and myriad other roles as he was called to serve. Thirteen godchildren called him “Uncle Jake.” John was a delegate to the diocesan council of the Episcopal Diocese of Texas many times; he was elected to the diocesan Standing Committee and was appointed to the Peace and Justice Commission as well as the Cursillo Steering Committee. He was elected an alternate deputy from the Diocese of Texas to the Episcopal Church’s 65th General Convention in 1976.

John and Betty camped with their three children in state and national parks around the country on summer vacations. Later in life, they upped their game and took each of their six grandchildren on a trip of their choice – Paris (twice), Italy, Hawaii, Alaska, and England/ Scotland. In 2001, he journeyed to Sweden to explore his paternal heritage, meeting cousins and visiting the home of his great-grandparents. His working and retirement years were rich with volunteer service, including Texas City Little League, reading for the blind, serving on the Harris-Galveston Subsidence District board to work on solutions to reduce area flooding, and teaching English as a Second Language for the Literacy Council of Fort Bend County.

John’s parents and his brother, Charles, preceded him in death. He is survived by Betty, his wife of 65 years; children, Frances Rickard (John) of Austin, Beth Rogers (William) of La Marque, and John David Jacobson (Dru Forrester) of Lawrence, Kansas; grandchildren, James Rickard, Anne McGonigle (Josh), Catherine Woodin (Ken), William Rogers, Peter Rogers, and Sarah Jacobson; and great-grandchildren, Maddie McGonigle and Alester Woodin. We will miss his smile, his hugs, his stories, and his voice, but we will always carry him in our hearts.

A memorial service will be held on Saturday, December 7, at 2:00 p.m., at Calvary Episcopal Church, 806 Thompson Road, Richmond, with a reception to follow in the parish hall.

In lieu of flowers, memorial contributions may be sent to Camp Allen to support Camp Good News, a summer camp for children whose mothers or fathers are in jail or prison (18800 FM 362, Navasota, TX 77868, or online at campallen.org) or another outreach ministry of your choice.

The family asks that you remember John with an act of kindness or generosity.