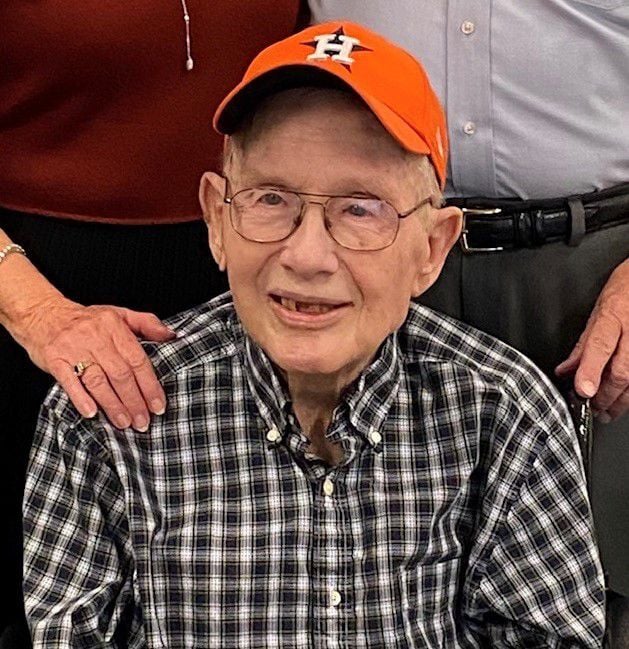 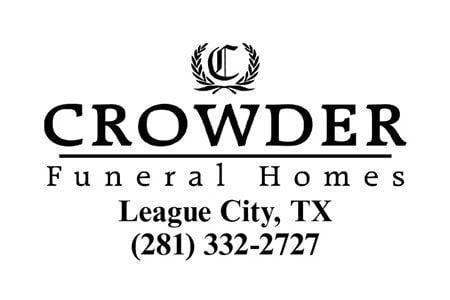 James (Jim) Kendrick Sheppard was born in Canon City, Colorado on May 6, 1924 as the oldest child of Percival and Edith Kendrick Sheppard. He passed away on July 23, 2020 in Webster, Texas at the age of 96.

Jim grew up in Monte Vista, Colorado, where his parents were schoolteachers. He was active in many sports, played in the high school band, drove a school bus and was valedictorian of his high school class. He entered the University of Colorado in 1942, played in the university’s marching band, and joined the U.S. Navy’s V-12 program. He graduated from CU in 1945 with a Bachelor of Science degree in Chemical Engineering and was commissioned as an officer in the Navy’s supply corps shortly thereafter. While at university, he met the love of his life, Frances Ann Puckett. They were married in November of 1945 and were together until her death in October 2019. Following their wedding, the couple completed brief tours in the Navy in Boston and in Trinidad, before returning to the University of Colorado for Jim to participate in graduate studies. He completed a Master’s Degree in Chemical Engineering in 1948.

The couple moved to La Marque, Texas in 1948 to take a job with Union Carbide and to start their family. They had two children, Joe & Anne, and were active in their community. They were founding members of the La Marque Presbyterian Church, and Jim was active for many years in youth baseball, including coaching La Marque Little League All-Star teams. In 1971, Jim & Frances moved to Ponce, Puerto Rico for four years, again with Union Carbide, and then settled in Charleston, West Virginia until his retirement from Carbide in 1986. After retirement, they moved to Southern Pines, NC for the next 25 years. Jim was always active in the Presbyterian Church in La Marque, Charleston and Southern Pines, usually as an elder, and loved to sing in the church choir. In his retirement, Jim also enjoyed tutoring students at the local college and helping out regularly at the local food bank, but his biggest passions were playing golf, watching Duke basketball and watching the Astros play. He enjoyed Houston baseball from the days of the Houston Buffs, through the Colt 45’s, and all the seasons of the Astros. In 2011, Jim & Frances returned to Texas, and moved into Brookdale Clear Lake in Webster to be closer to their family. While he continued to love to watch the Astros, he also developed a strong attraction to the Houston Rockets, and tried to never miss watching either team. Also, while at Brookdale, Jim enjoyed participating with the veterans group, went on an Honor Flight to Washington, D.C., and enjoyed being with his family.

The family would like to acknowledge the staff at Brookdale Clear Lake, the staff at Bay Area House Calls and especially his long-time caregiver, Dianne Scott, for the loving care and attention they provided him.

The family will hold a small private graveside service in the near future.