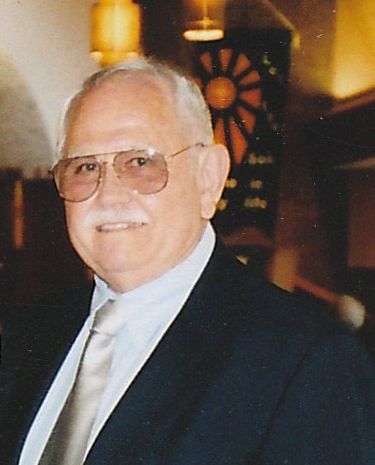 Returning from Korea, John Emmett continued his education by enrolling in the University of Houston. John Emmett worked for Armstrong Service Station, helped his father with farming and cattle ranching, before joining AMOCO Chemicals in Texas City. During this time, John Emmett met his future wife and love of his life, Flora Alice Stevens. They were married March 19, 1955 at the Alvin Methodist Church on Johnson St.

John Emmett was a chemist and laboratory foreman for AMOCO Chemical for 39 years before retiring as the facility’s most senior employee. After retirement, John Emmett joined a former co-worker forming a consulting company for several years before permanently retiring to care for his wife as her health declined.

Better known as “PaPa”, John Emmett’s greatest joy and inspiration was his only grandchild, John Thomas. Aside from his grandson, gardening, reading, art, family history/story telling, continued learning and Korean War experiences/history filled his life. One to never meet a stranger; he cared deeply for his family, friends, neighbors, co-workers and former military family.

The family would like to extend a very heartfelt thank you to John Emmett’s caregivers Connie, Jennifer and Shirley for their love, compassion, dedication, and continued care throughout the years.