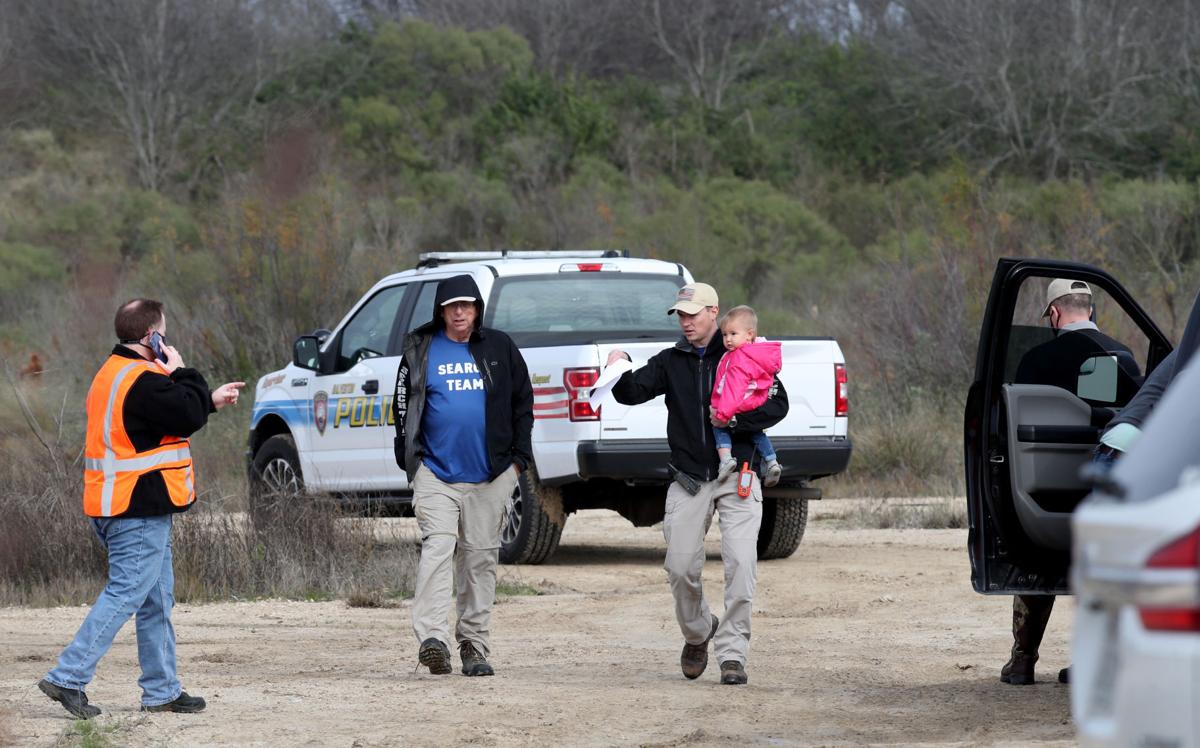 Searchers gather off of Seawolf Parkway just east of Haliburton Road as they look for a missing Texas A&M University cadet in a wooded area on Pelican Island on Friday, Jan. 29, 2021. 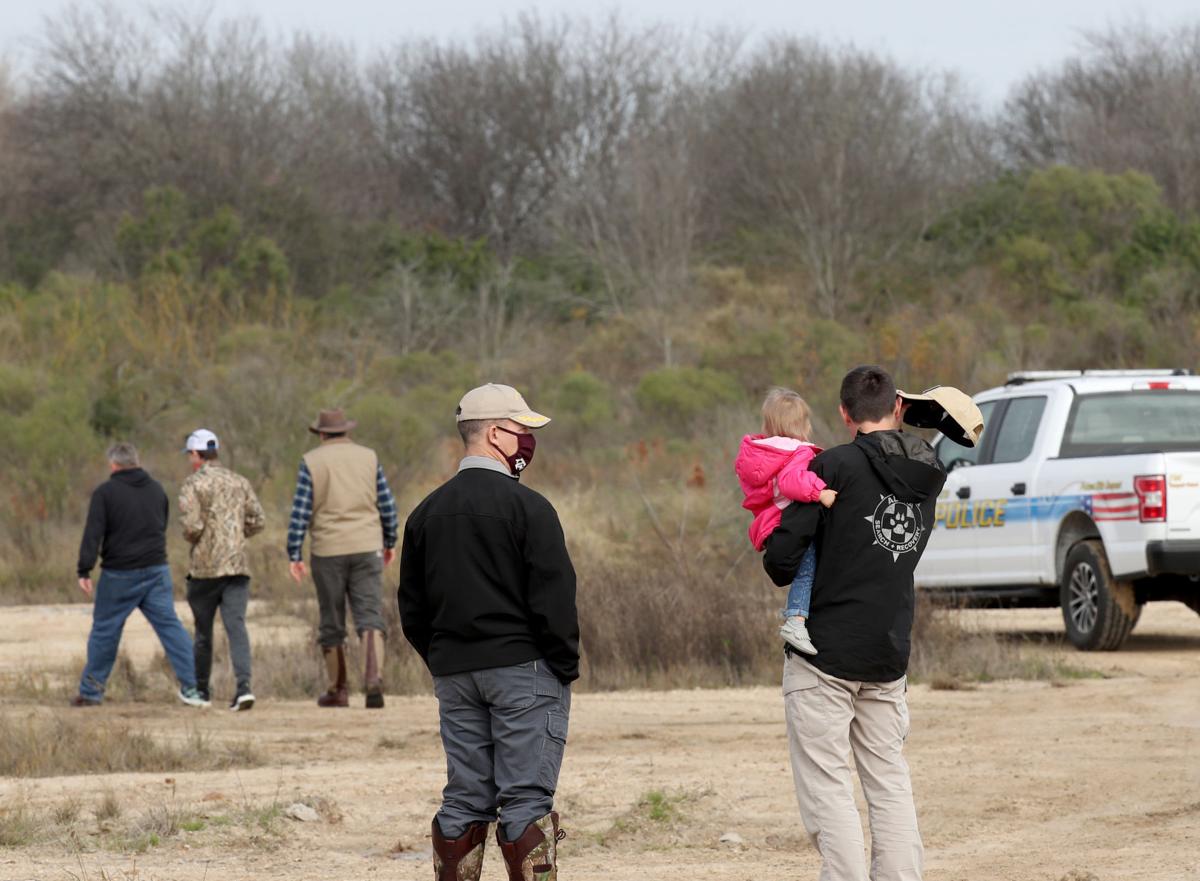 Searchers gather off Seawolf Parkway just east of Haliburton Road, Jan. 29, 2021 on Friday. The search was called off when human remains believed to be a missing Texas A&M University cadet were discovered.

Searchers gather off of Seawolf Parkway just east of Haliburton Road as they look for a missing Texas A&M University cadet in a wooded area on Pelican Island on Friday, Jan. 29, 2021.

Searchers gather off Seawolf Parkway just east of Haliburton Road, Jan. 29, 2021 on Friday. The search was called off when human remains believed to be a missing Texas A&M University cadet were discovered.

Two Texas A&M University students died on campus within hours of each other, in apparently separate incidents that left the small campus on Pelican Island in mourning Friday.

Over the course of about 14 hours, school officials confirmed Brandon Perlowski, 23, a cadet in the Texas Maritime Academy from Lorena, was missing and later found dead, and that Wesley Jerome Mallernee, 18, a marine biology student from Conroe, had died in a dormitory room.

“When we lose an Aggie, we all feel it deeply in a lot of different ways. We are an incredibly close campus community,” Watts said. “Right now, we’re just trying to come up for air, get our bearings and support each other.”

The university at 1 p.m. Friday announced searchers had found human remains and ended the search. Officials still were working Friday afternoon to officially identify the remains as Perlowski.

Perlowski was last seen alive Wednesday, and concern about him began growing Thursday after his car was found abandoned on campus.

Officials didn’t release details about who found Perlowski’s body or other circumstances about his death. A press conference scheduled to update the media about the search was canceled after the remains were found.

As the search for Perlowski was underway, school officials received a call from Mallernee’s family, worried that they had not heard from him. Mallernee was found dead inside his dorm room in Pacific Hall.

Police didn’t immediately identify either Mallernee or Perlowski’s death as suspicious. The Galveston County Medical Examiner’s Office was scheduled to perform autopsies on both students to determine causes of death.

In a statement, Galveston Police Chief Vernon Hale said Mallernee had a preexisting medical condition that contributed to his death.

Foul play wasn’t suspected in either death, and he asked the public and the media to respect the privacy of the men’s families.

About 1,450 students are enrolled at the Galveston campus, most of them in maritime-related courses. Fewer students are on campus this year because they have the option of attending classes virtually during the COVID-19 pandemic, Watts said

The university said it would offer counseling services to students and staff affected by the deaths. Counseling was available by calling 409-740-4736 or by visiting Building 3030, Suite 104.

More information and resources for people will be announced in coming days, the university said.

Thank you for the article. I am praying for both students and their families. A very sad week.

Very sad indeed. We are all devastated by this tragic loss.