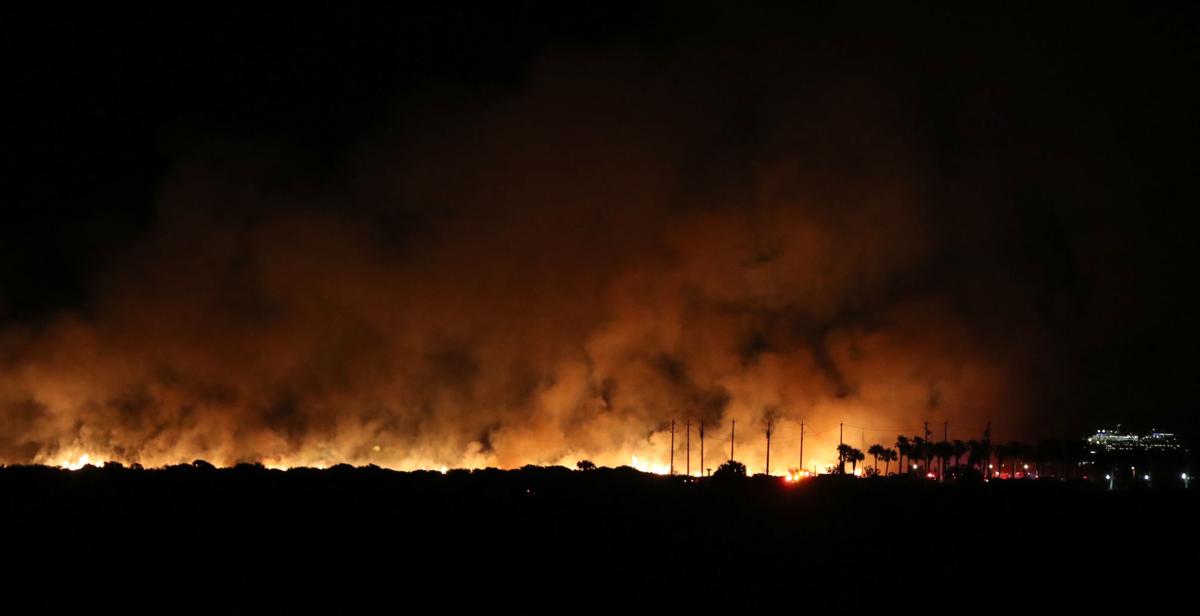 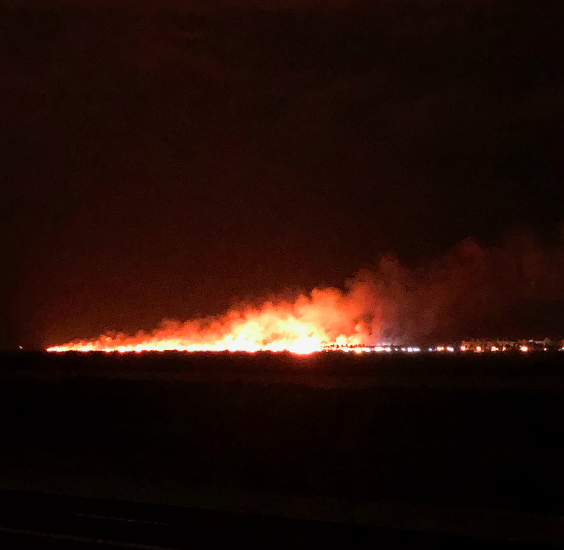 The Galveston Fire Department is responding to a blaze in the dunes south of Seawall Boulevard near East Beach.

The Galveston Fire Department is responding to a blaze in the dunes south of Seawall Boulevard near East Beach.

A brush fire in marshland on the east end of Galveston Island kept multiple area fire departments busy on Saturday evening. The fire was expected to burn into this morning, officials said.

When fire crews arrived, about 20 acres of brush was burning, Olsen said.

“The whole flats were burning," he said.

The fire was east of the residential buildings in the Beachtown subdivision, Olsen said. It did not pose a threat to any residences, he said. No homes or rentals were evacuated, officials said.

Firefighters were taking care with reducing the fire because the area is uneven and is home to snakes and coyotes, Olsen said. He expected fire crews would take multiple hours to douse the blaze.

Fire Chief Olsen is being modest. Neighboring homes in Beachtown were not threatened because the men and women of the Galveston Fire Department held the line at Apffel Park Rd. The fire could have easily jumped across it into the neighborhood. This morning all that's left is charred grass, but last night thousands of people watched live on Galveston.com's Emerald Cam as the fired raged almost out of control for hours. Beachtown, the East End Lagoon, and the East Beach Pavilion are all undamaged this morning because of our firefighters, and their colleagues from Santa Fe, Jamaica Beach, Hitchcock and Texas City who responded to assist.

If ever there was a good example of why we need to hold a similar line against the spread of COVID-19, this is it. We need our first responders - fire, police, medical and more - fit to fight in an emergency.