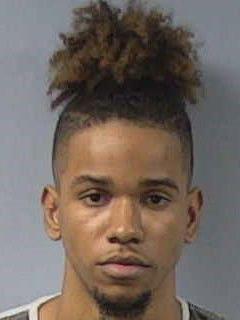 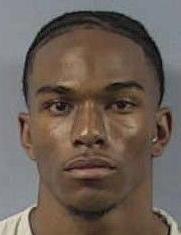 Two men were arrested and accused of attempting to steal purses from shoppers at a Friendswood grocery store, police said.

Sha'mon O'Bryant, 21, of Rosenberg, and Levante Eaglin, 21, of Pearland, were charged Monday with theft from person, according to the Friendswood Police Department.

Two women told police they were inside a Kroger grocery store, 151 N. Friendswood Drive, Monday afternoon, when men grabbed purses they had placed in the child seat of their grocery carts, police said.

The men ran from the grocery store and drove away in a car, according to police.

Police were able to identify the car because an Uber driver had taken a picture of it as the men were running through the parking lot carrying purses, according to police.

And this is why you don't leave your purse or anything that could be stolen in a grocery cart. I've seen many women leave their purses wide open and walk off to get something.

Thanks to the viligent UBER driver for being proactive.

Marilyn I 2nd your motion for giving thanks to the brave and thoughtful UBER driver for his actions which resulted in getting these cowardly thugs off our streets.

Apparently, Levante did not give much thought to making himself difficult to identify...

On my grocery trip I actually count how many purses I see opened and unattended usually in produce or the meat section. Average is at least 2 a trip. I am tempted to make a note saying your purse was vulnerable when you left it unattended. But then I might get accused of trying to take it. I take a very small one hanging in front of me below the cart handle. Pockets don't work because of phone, keys, coupons etc or I would not take one period.

Dumb asses! Glad they were apprehended. I pray that none of the woman were injured.