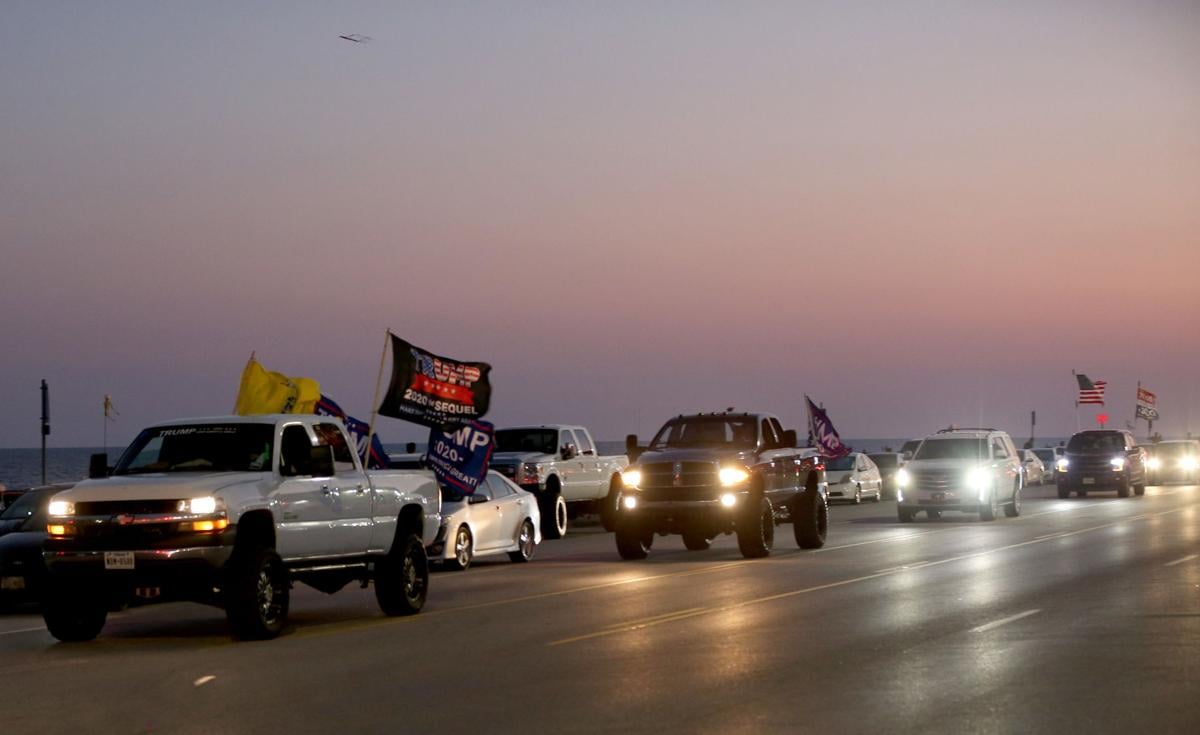 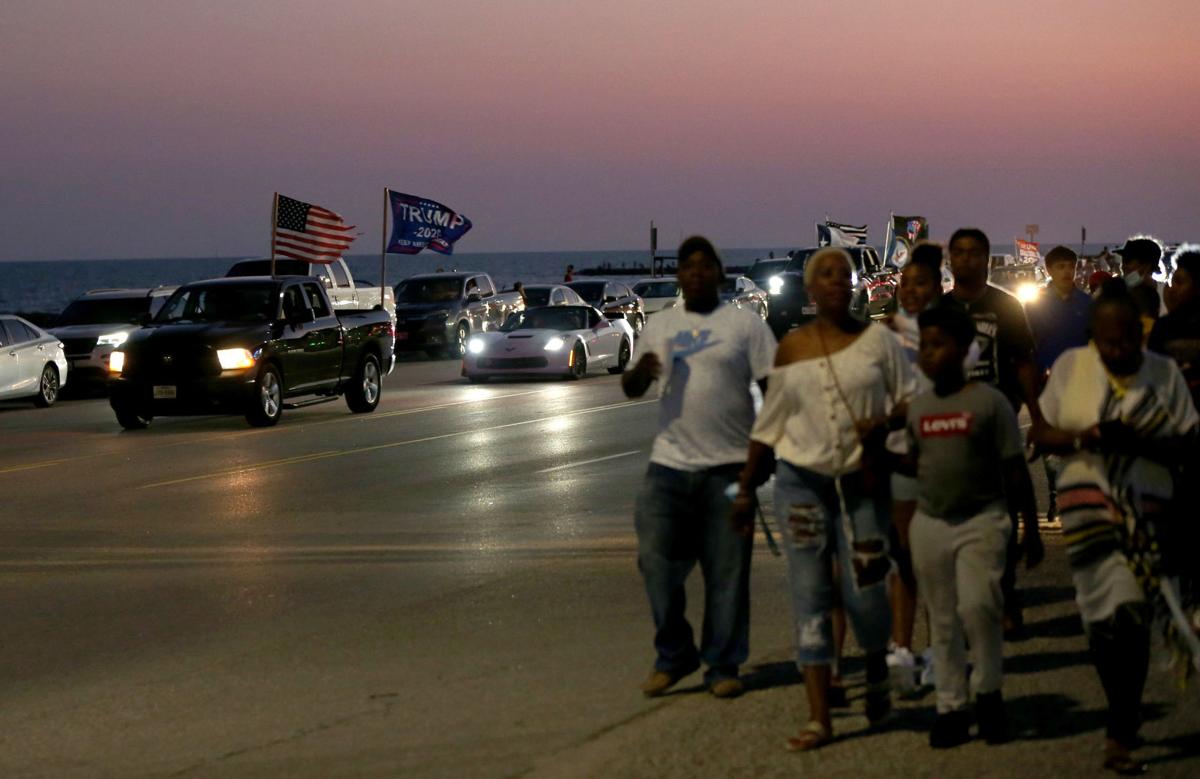 Supporters of President Trump parade along Seawall Boulevard near 31st Street in Galveston on Saturday, Sept. 26, 2020. 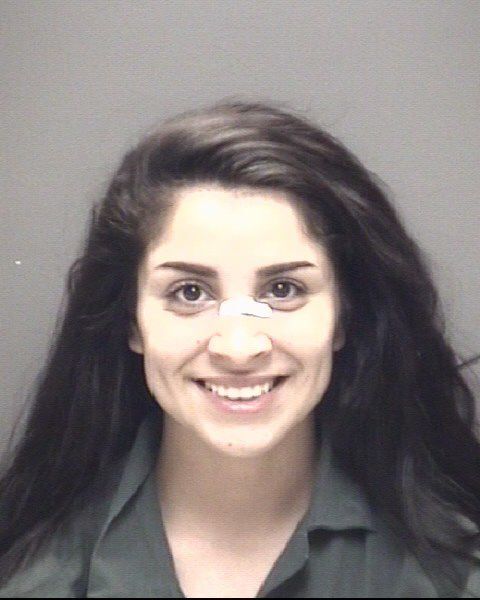 Supporters of President Trump parade along Seawall Boulevard near 31st Street in Galveston on Saturday, Sept. 26, 2020.

A 60-year-old man was hospitalized over the weekend after a fight with a younger man during a Donald Trump-supporting car parade along Seawall Boulevard on Saturday, the Galveston Police Department said Monday.

The incident still was under investigation, and no arrests had been made in connection to the fight. The injured man, who wasn’t identified, was in stable condition at the University of Texas Medical Branch, police said.

The fight happened about 6:45 p.m. in the 5400 block of Seawall Boulevard, as a cavalcade of trucks, cars and other vehicles made its way through Galveston as part of a “Trucks for Trump” event that included more than 500 vehicles.

The influx of vehicles slowed traffic on Seawall Boulevard so much that some parade participants reported being accosted, including having their vehicles spit on and bottles being thrown at them, attempts to steal their flags, and obscene gestures — though there were reports of equal amounts of support for the parade.

During the event, the 60-year-old man, who was participating in the parade, and a 22-year-old man from Lufkin got into a “verbal altercation of a political nature,” according to the police department.

The verbal turned physical, and the fight ended with the older man unconscious in the street and bleeding from his head and mouth, police said.

The 22-year-old man left the scene in a red Mustang, police said. He was stopped on Broadway a short time later but was not arrested or charged with any crimes, police said.

Police had conflicting witness statements and not enough evidence to charge the 22-year-old man, Sgt. Stacy L. Papillion, a police spokeswoman said. The incident still is under investigation and charges were possible, Papillion said.

A 20-year-old woman who also was in the Mustang was arrested and charged after police reported finding six pills that tested positive for MDMA, commonly known as ecstasy, inside the car, police said.

Selena Galvan, 20, of Lufkin, was charged with possession of a controlled substance and given a $5,000 bond, police said. She no longer was in custody as of Monday afternoon.

Police still were investigating the fight on Monday afternoon and were collecting video of the fight from witnesses and social media, Papillion said.

Anyone with information about the fight was encouraged to call police at 409-765-3770.

Thanks for clearing this up. I couldn't reconcile the police incident reports with the social media version of the altercation.

BTW, anyone interested in keeping up with police activity in the county, and surrounding areas, can find the daily incident report here - https://p2c.lcpd.com/dailybulletin.aspx

What about the 6 lbs of cocaine?

That's a surprisingly upbeat photograph for someone who is likely to have a criminal record for the rest of her life. The ecstasy must be working...