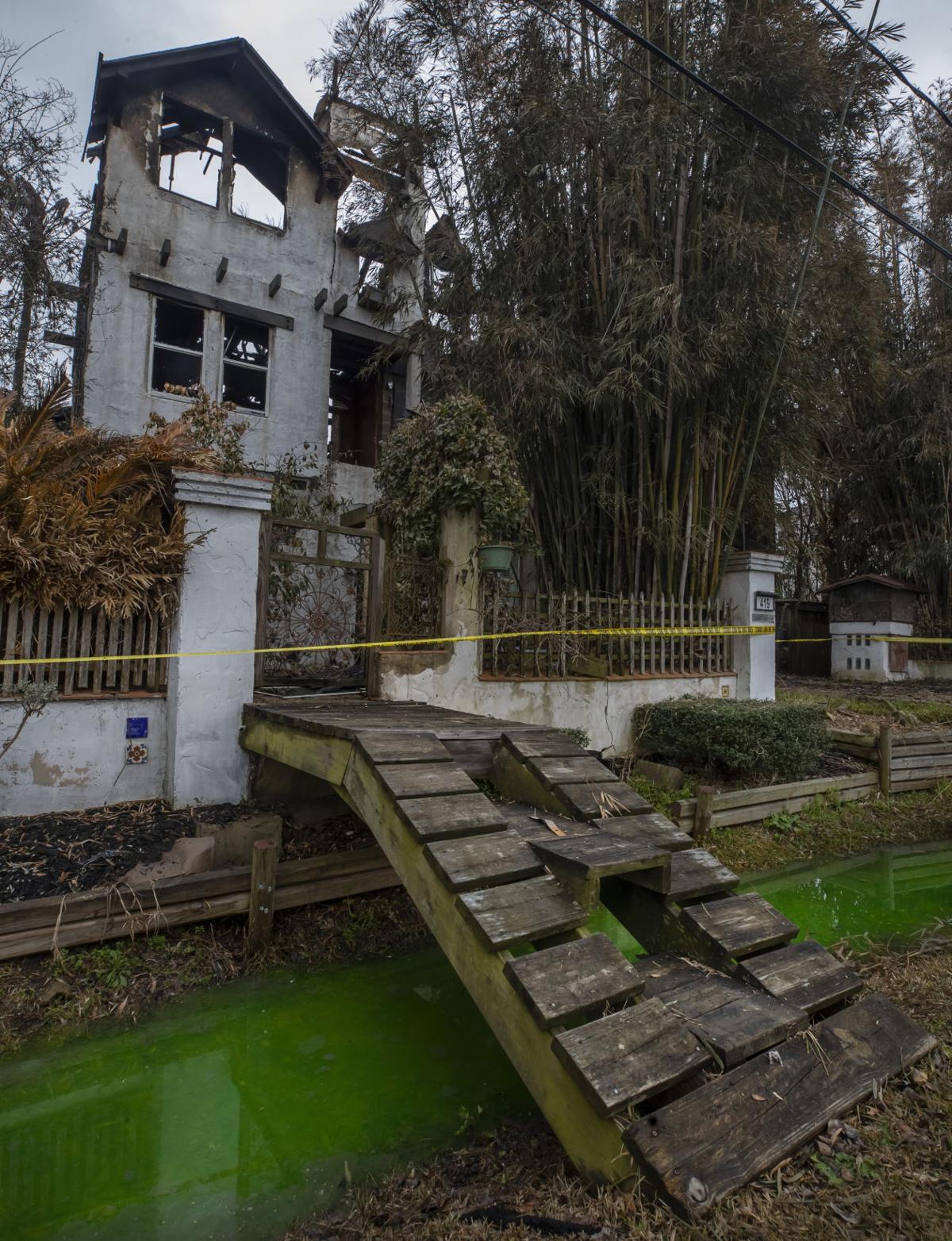 Green water fills a ditch Thursday, Feb. 25, 2021, in front of a burned house on Oak Road in Clear Lake Shores. 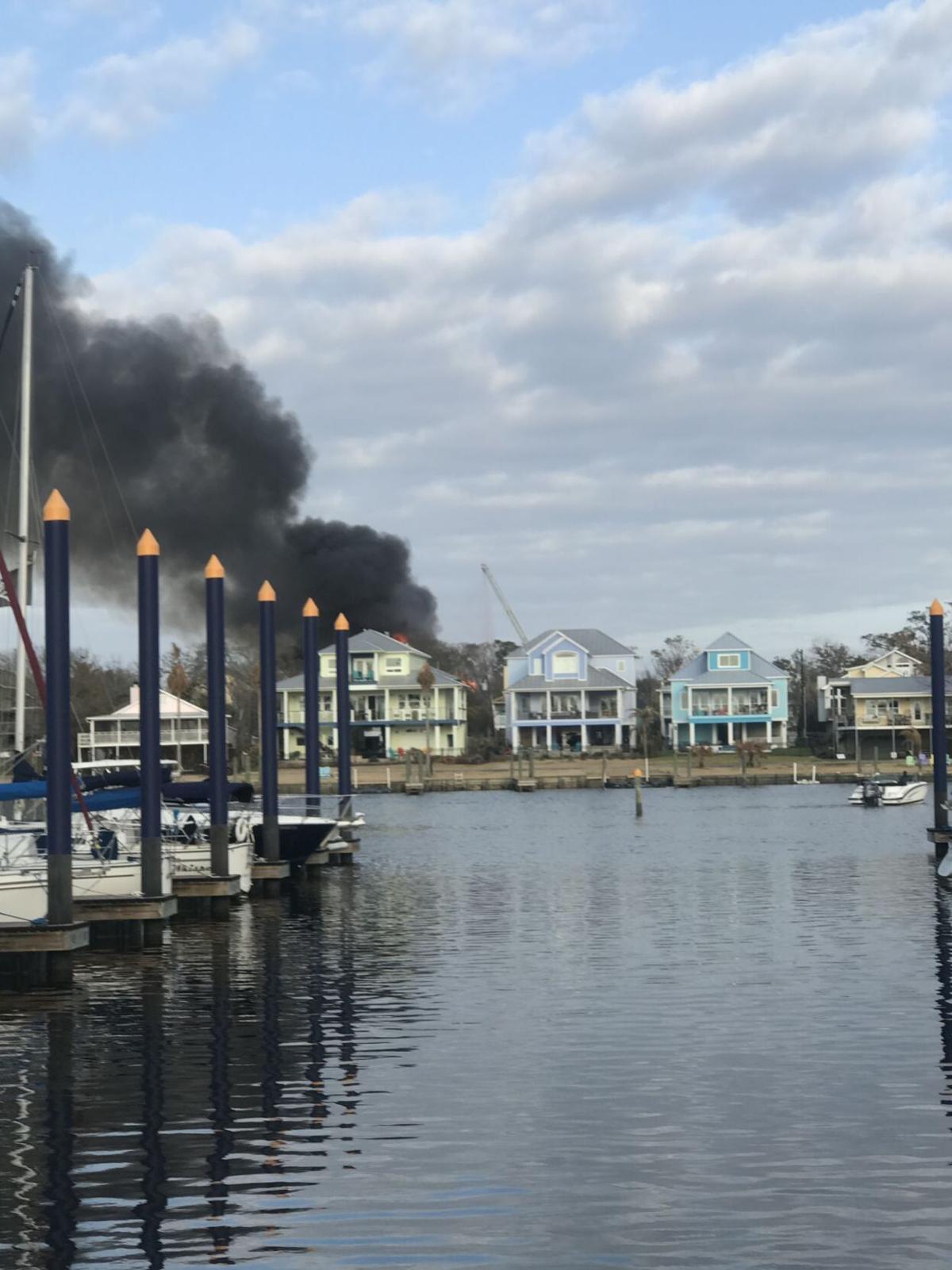 This blaze destroyed a house and detached garage in Clear Lake Shores on Wednesday evening. The cause was still under investigation Thursday, fire officials said.

Green water fills a ditch Thursday, Feb. 25, 2021, in front of a burned house on Oak Road in Clear Lake Shores.

This blaze destroyed a house and detached garage in Clear Lake Shores on Wednesday evening. The cause was still under investigation Thursday, fire officials said.

A day after a house burned down in the small north county city of Clear Lake Shores, drainage ditches near the fire site took on an unusual hue.

Water in the ditches, an odd remnant of the fire, was of a color somewhere between the soft drink Ecto Cooler and the slime dumped on celebrities during Nickelodeon shows.

In an alert to residents about the bright green water, the city said the substance "does not appear to be a health threat."

The city blamed the unusual sight on the fire on Oak Road but didn't say what substance might have caused it. The U.S. Coast Guard and an independent contractor Thursday were helping remove and identify the substance.

While there were initially fears that the green substance was antifreeze, early tests indicated it's likely a green dye and would not cause environmental damage, said Kemah Fire Chief Robert Suniga. Kemah provides firefighting services to Clear Lake Shores.

The fire, which began about 5 p.m. Wednesday, destroyed a three-story house and a detached two-story garage.

No injuries were reported from the fire, which the city fire marshal's office was still investigating Thursday.

Ya right! Just like the showers, the Natzis led the Jews to were not gas chambers. Don't worry, everyting will be ok.