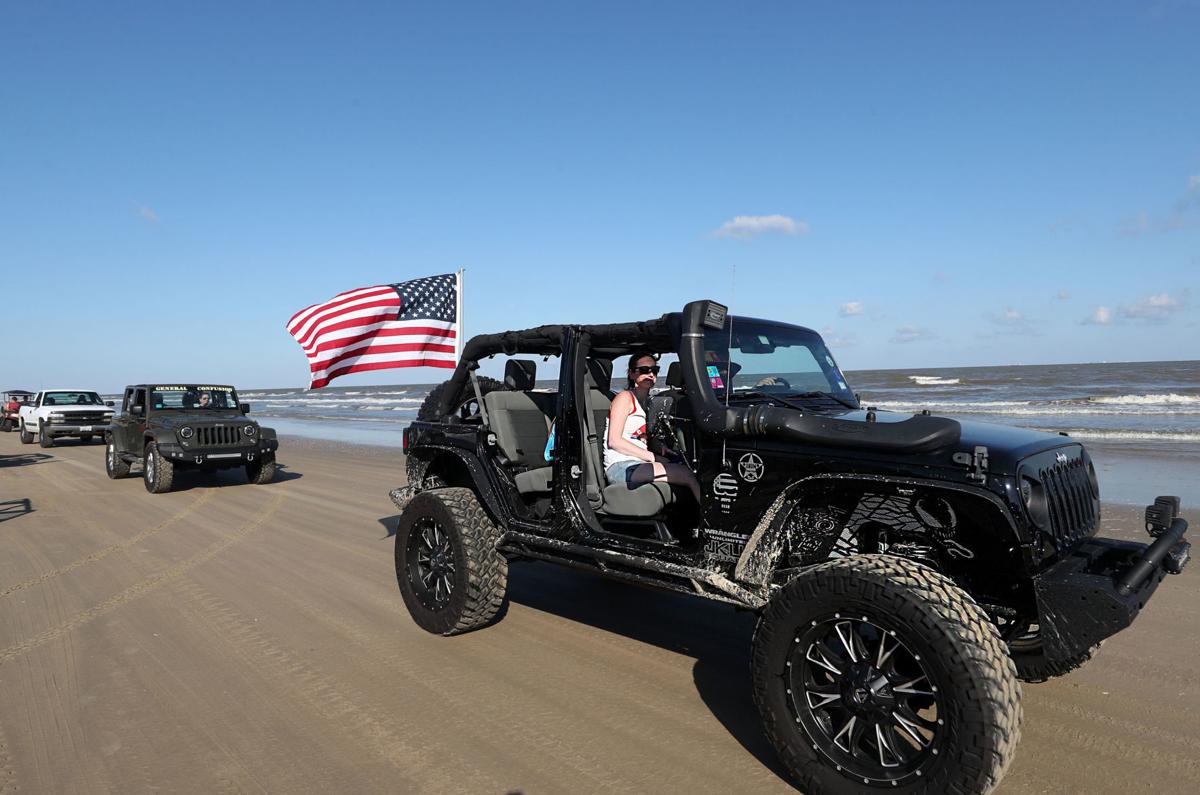 A line of Jeeps and other automobiles drive down the beach in Bolivar while people prepare for Jeep Weekend on May 15, 2019. County officials said then they would treat the event as if it were a natural disaster. 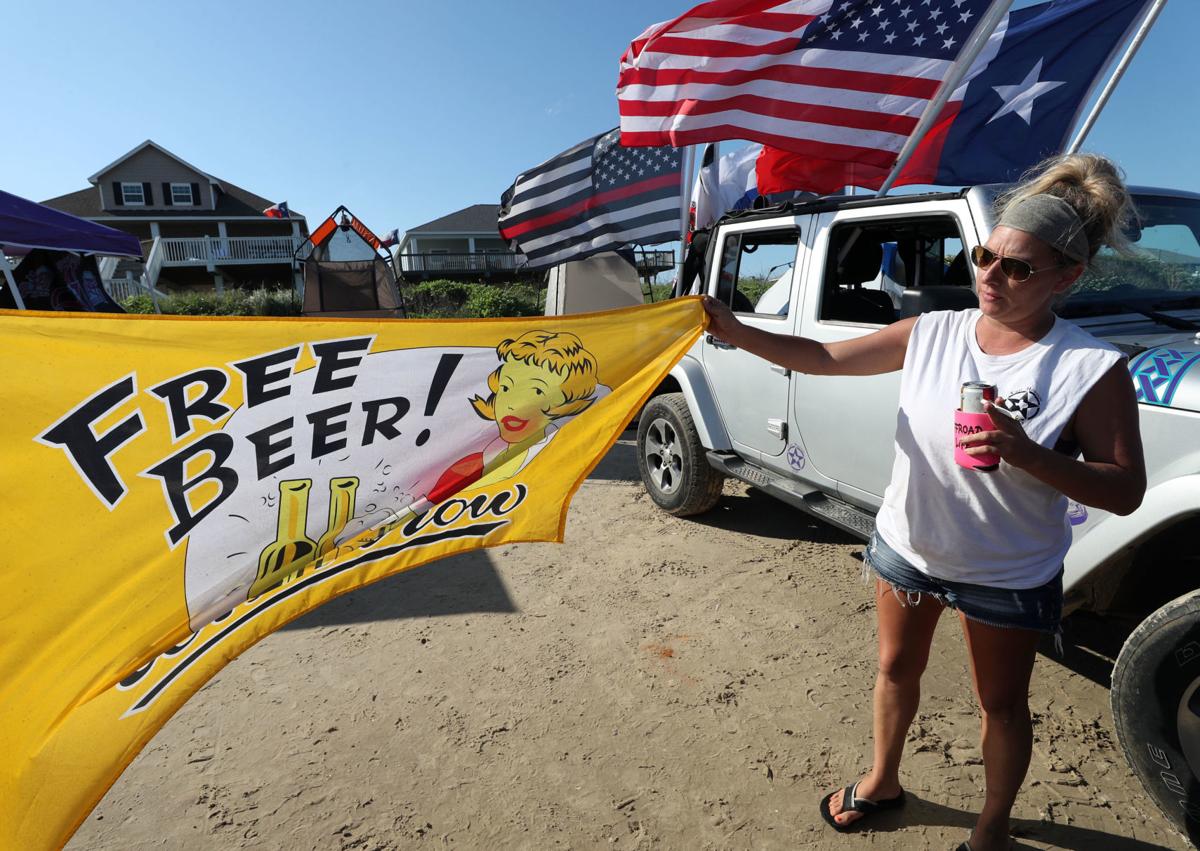 Mary Pena looks at one of the many flags that decorate her spot on the beach in Crystal Beach for Jeep Weekend on May 15, 2019.

A line of Jeeps and other automobiles drive down the beach in Bolivar while people prepare for Jeep Weekend on May 15, 2019. County officials said then they would treat the event as if it were a natural disaster.

Mary Pena looks at one of the many flags that decorate her spot on the beach in Crystal Beach for Jeep Weekend on May 15, 2019.

The unanimous decision to extend the county’s state of disaster for another month wasn’t necessarily related to the threat of the coronavirus or the economic hardships that it wrought, however.

Instead, the county extended the disaster because commissioners believed it will help them get and pay for state police support on Bolivar Peninsula beaches this upcoming weekend — the annual Jeep Weekend, Galveston County Judge Mark Henry said.

The county has made an official request to the Texas Department of Public Safety for up to 30 additional state troopers to help police the beach this weekend, he said.

Before making the request, the county was advised to extend its disaster declaration by the Texas Department of Emergency Management to make the request more likely to be approved, Henry said.

“It’s kind of convoluted,” Henry said. “We submitted a request to have an additional 20 to 30 state troopers on Bolivar this weekend. They said it would be a whole lot easier to sell that if you still had a disaster declaration in place. The state told us it would be helpful to do that.”

Later in the day, Henry’s chief of staff, Tyler Drummond, said the extension was less about guaranteeing that more police would be on the peninsula, and more about making sure that the county could be reimbursed for some of the costs related to an increased police response in the area in coming days.

Jeep Weekend, also known as Go Topless Weekend and various other names, is a loosely organized beach party that occurs on Bolivar Peninsula each May. Originally created as a gathering for Jeep owners, the day has changed in recent years to be a raucous beach party that snarls traffic on the peninsula.

Despite claims by some Bolivar Peninsula residents that some Jeep groups intended to abandon the peninsula this year because the party had grown too wild, Henry said he expected there to be large crowds again this year.

Though the disaster declaration is coronavirus-related, the county had been planning to request extra state resources for Jeep Weekend even before the county or the state had taken any precautions against the spread of the virus.

Henry said if the county’s request is approved now, some of the costs of paying for troopers on Bolivar Peninsula might be reimbursable from federal coronavirus relief money sent to Texas by Congress.

But the request for police “has nothing to do with the CARES Act or coronavirus necessarily,” Henry said.

Except for four days around Easter weekend, the county beaches on Bolivar Peninsula have remained open during the coronavirus pandemic.

That request was denied.

Incredibly irresponsible to have this event this year. Really makes you wonder about the metal stability of those making this decision to proceed.

Looks like Doug Sivyer will not be attending Jeep Weekend this year.

Citizens having fun in an unacceptable manner! We need an army of Karens.

The county should not have to make a story just to get the extra funding approved for state trooper support. It seems more than convoluted Mr. Henry, it seems dishonest to me. Kind of like lying about evidence just to get a FISA warrant.

I'm sure TXDoT would be happy to close a road or two. They're particularly keen on creating weekend gridlock.

Maybe they could perform a traffic study. We can just modify the old “Time for some traffic problems in Ft Lee” quote to fit it.