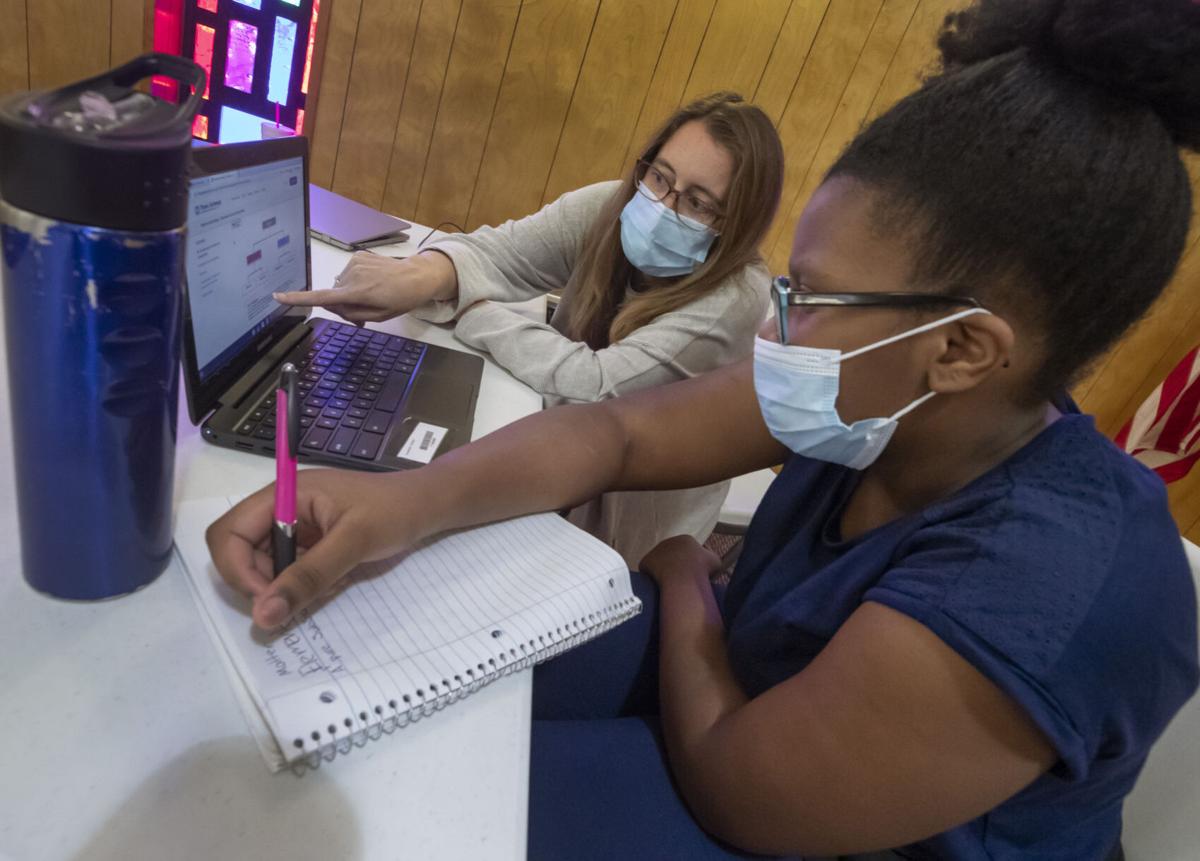 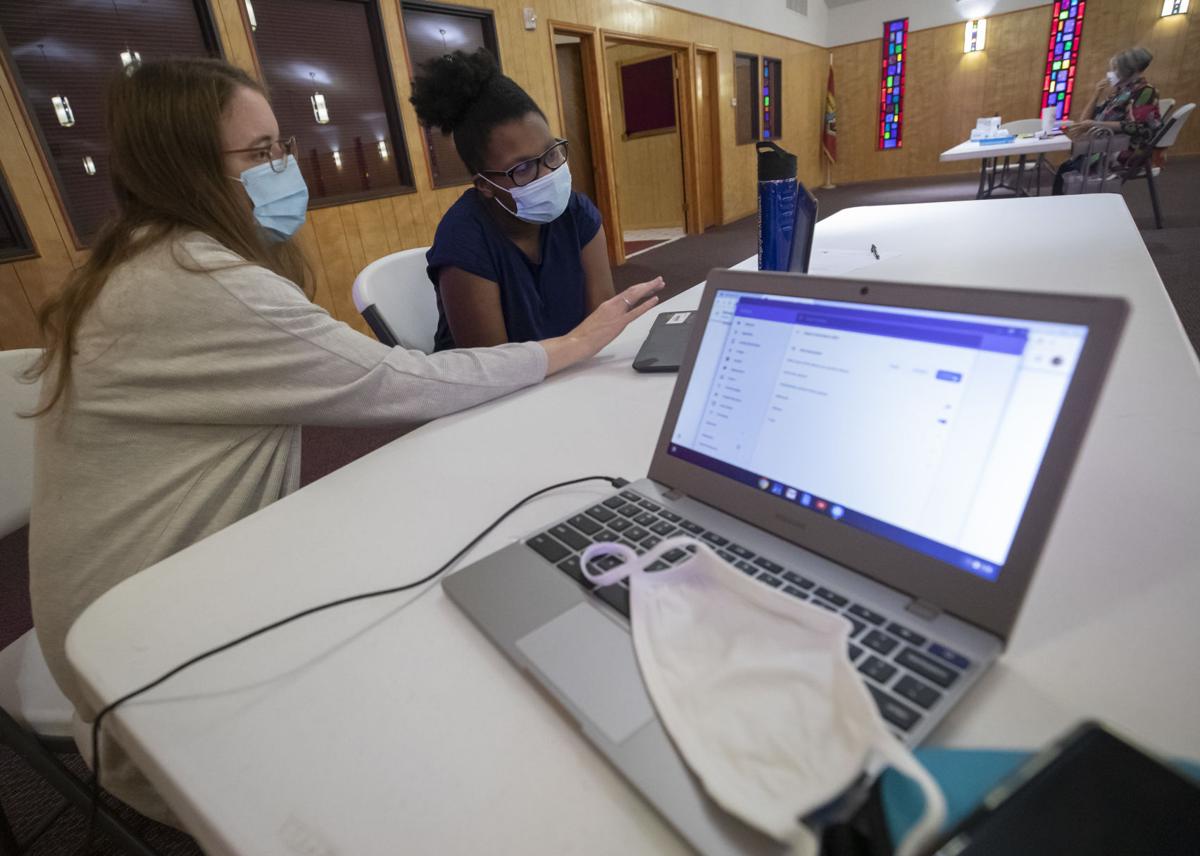 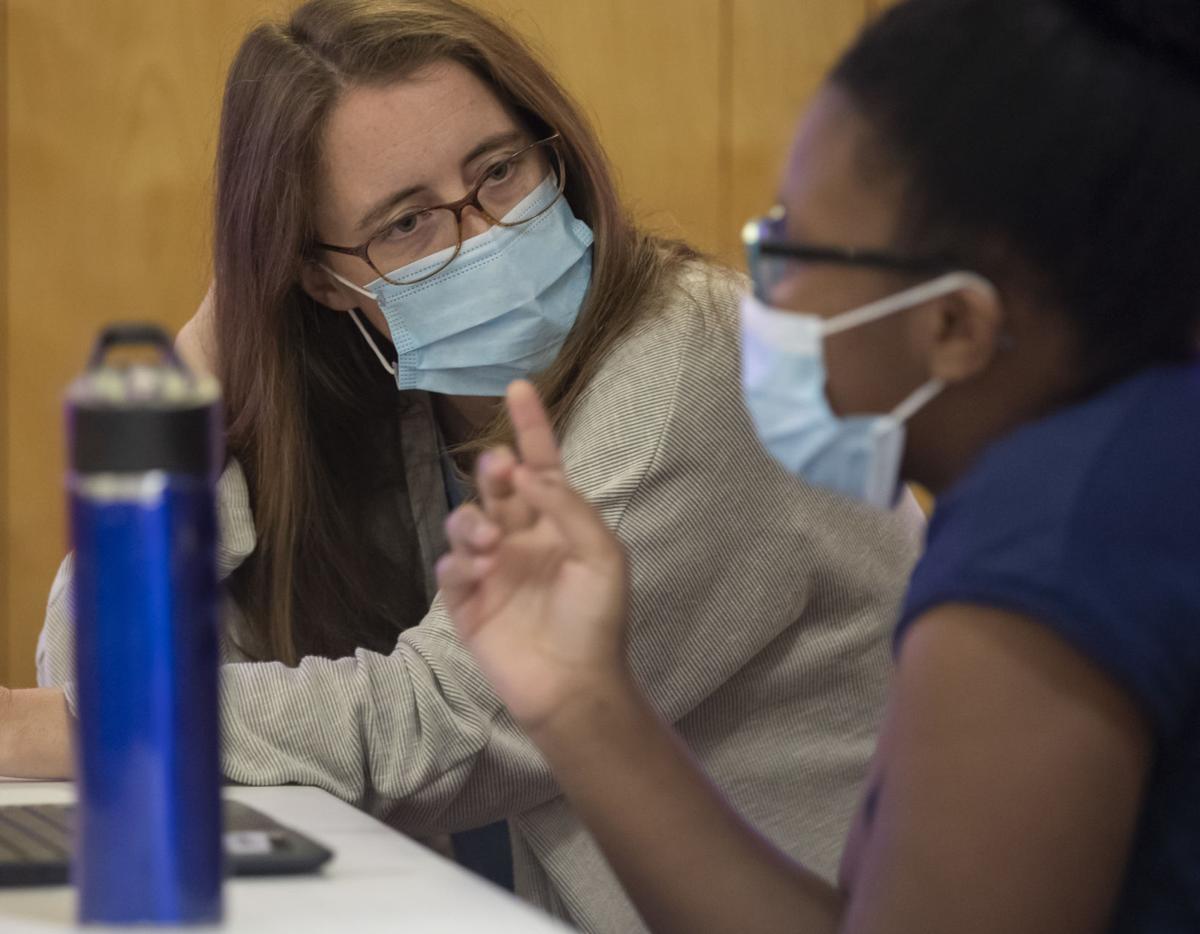 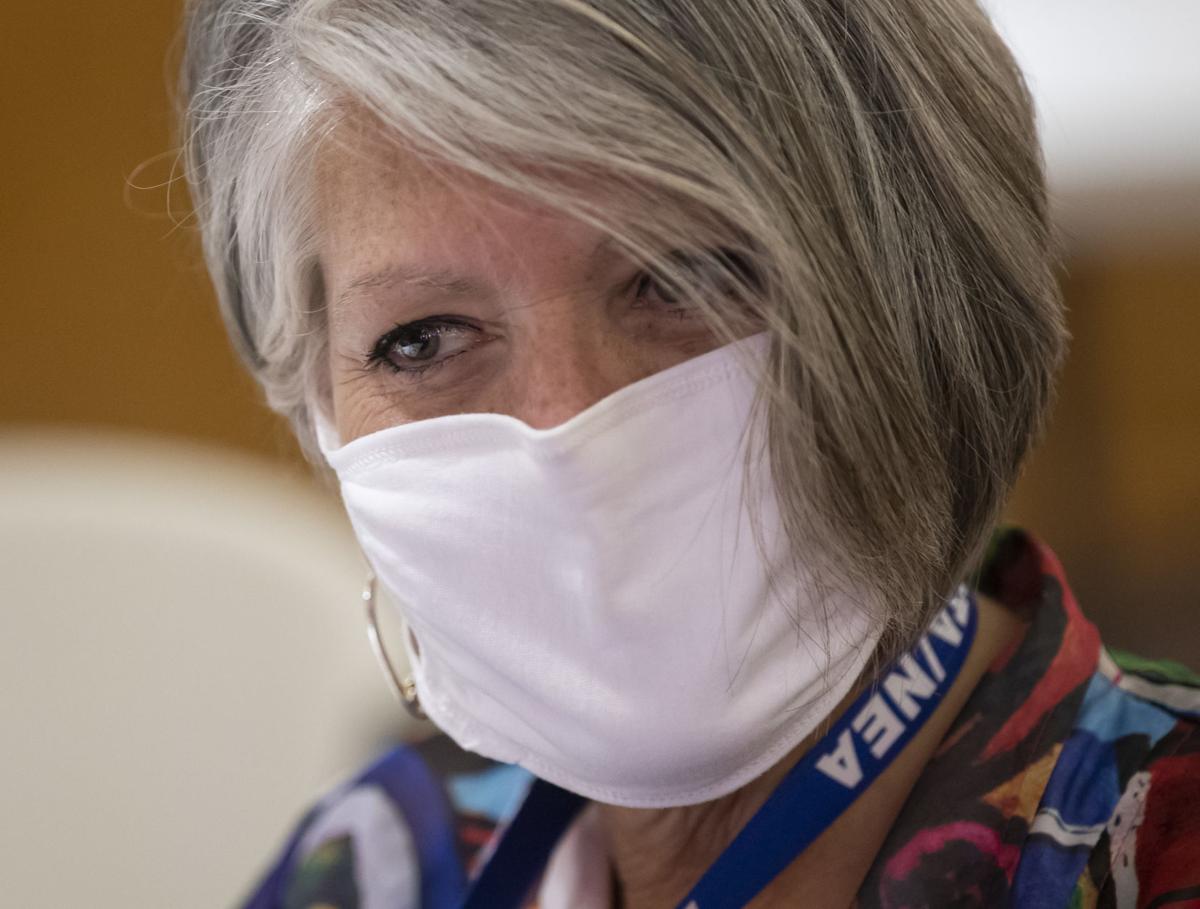 Vickie Rabino sat at a table at Greater Saint Matthews Baptist Church, about 15 feet or so from Corie Brooks-Jamison. The two chatted, idly waiting.

In slightly different confines, the Hitchcock Independent School District employees might have resembled clerks waiting for the next customer at a convenience store. But then Brianna Meyers, a sixth-grader at Crosby Middle School, arrived.

She needed help with her science homework, and Brooks-Jamison, the district librarian, jumped to the task.

This was ground zero for Hitchcock school district’s new learning center — a place recently set up to help students adjusting to life during the coronavirus pandemic with whatever they might need help with in regard to virtual learning.

“Teachers this summer got a lot of training with new technology,” said Rabino, the district’s at-risk and trauma counselor. “But the kids didn’t get that training. They’ve been figuring it out on their own.”

Rabino and Brooks-Jamison function as do-everything players for the district this week, although Rabino keeps several other employees on quick Zoom standby, should the need arise, she said.

As Brooks-Jamison worked with Meyers on her science homework, Rabino made plans to drop off a wireless internet hotspot to a high school student who’d been having trouble connecting to the internet — even before someone mowing the grass at his home accidentally clipped a wire, Rabino said.

“We also had a second-grader in who just didn’t know how to use Google Classrooms, so we helped them out with that,” Rabino said.

Students and teachers across Galveston County face unprecedented challenges because of the coronavirus pandemic. All school districts have resumed virtual classes and plan to bring back students to campuses in coming weeks.

Until that happens, however, district leaders are all trying different methods to help fill the gaps.

Santa Fe, for instance, has hosted learning labs on each of its campuses for students having trouble connecting to the internet because access is either erratic or non-existent in parts of the district’s boundaries.

While Santa Fe students are set to return to classes starting Tuesday, Hitchcock won’t resume in-person classes until Oct. 14. It’s one of the last districts in the region to do so.

Traffic at Hitchcock’s learning center began to pick up somewhat steadily while The Daily News visited Thursday, but spreading the word about the service has been difficult, Rabino said.

It’s a bit of a Catch-22. If someone’s having trouble accessing the internet, they’re not likely to see notifications about the learning center on the internet.

The center had helped only about three or four students before Thursday came around, Rabino said. However, more families have begun calling and making plans to visit.

It’s clear some students are having difficulties with online learning, Rabino said. Some teachers have reported students do not check in to their classes at all.

Rabino hopes the learning center can serve as that critical connection between the district and the community, she said.

That’s why Pastor William Randall Jr. felt it was important for his church to host the center, he said.

“Fellowship is a two-way street,” he said. “It’s important to use this building as a blessing for the community.”

The center is open from 1 p.m. to 2:30 p.m. Monday through Thursday until students return to in-person classes, officials said.

What: Hitchcock ISD's learning center, where district officials are available for tutoring or to help with any computer or other issues with virtual learning