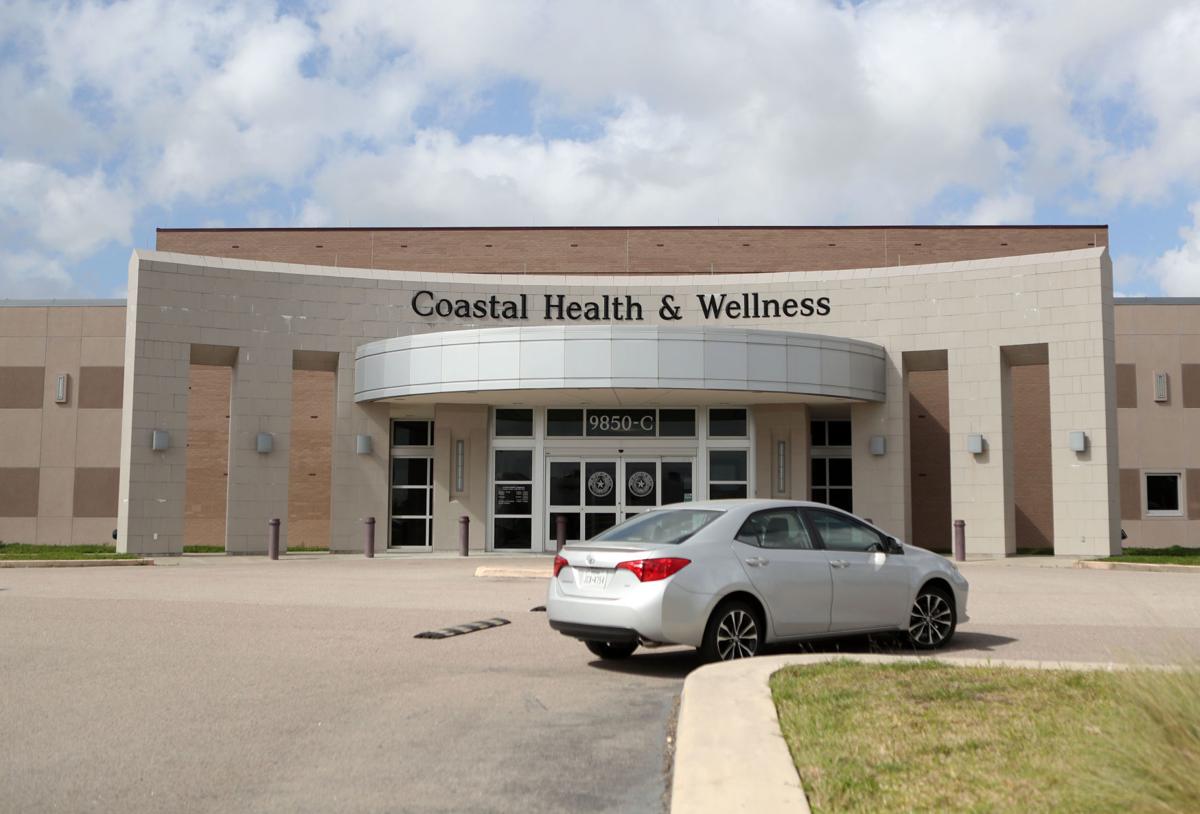 A car drives past the Coastal Health & Wellness clinic in Texas City on Friday, March 23, 2018. People who received medical or dental procedures at the two Galveston County clinics between March 1, 2015, and Feb. 13 were potentially exposed to the infectious diseases because of infection control failures. 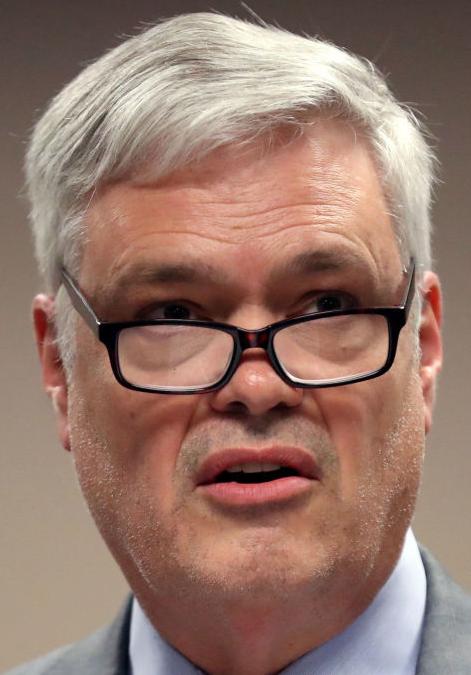 About 9,500 people treated at dental clinics in Texas City and Galveston over the past three years will be notified about potential exposure to hepatitis and HIV as a result of poor sanitation at the facilities, the Galveston County Health District announced Friday.

After what officials called a “very scary” breach of medical protocols, the district was preparing to activate a medical hotline and offer thousands of free screenings for people who might have been exposed to the diseases.

The concerns about possible infection was first raised 38 days ago. In that time, the district has not identified anyone infected during treatment at the Coastal Health & Wellness Clinics in Texas City and Galveston, said Dr. Philip Keiser, the Galveston County local health authority.

Still, after consulting with state and federal authorities, the district on Friday moved to inform the public about the risk of exposure and begin soliciting former patients to identify themselves and be tested.

“To date, our investigation has not found that anyone was infected as a result of the dental procedures at Coastal Health & Wellness,” Keiser said.

“However, after consulting with the Texas Department of State Health Services, as well as several federal agencies, we have concluded that there is sufficient concern to ask all patients who received dental services at Coastal Health & Wellness between March 15, 2015, and Feb. 12, 2018, to be tested for hepatitis B, hepatitis C and HIV.”

He didn’t outline all 11 violations, but said they all involved the cleaning and sterilization of dental instruments used for minor surgeries, such as root canals and tooth extractions. Because the tools potentially weren’t cleaned properly, patients may have been exposed to infectious diseases carried between procedures, Keiser said.

“There are many (violations) about sterilization, about poor sterilization, not adequately documenting sterilizing of dental instruments, dirty areas that were not being properly cleaned where sterile instruments were passing through,” Keiser said. “There was a breakdown of the sterilization.”

The health district suspended all procedures that use sterilized instruments at the clinics in February and began an investigation, Keiser said.

In the past month, district epidemiologists reviewed infection reports of people diagnosed with HIV, hepatitis B and hepatitis C to determine whether they had any connections to the dental clinic.

So far, none have been found, Keiser said.

He said the district was most concerned about exposure to hepatitis C, he said.

The district is sending letters to former patients who may have been exposed during the three-year time period. It’s also going to open a telephone hotline to answer questions about the warnings. The hotline will be activated at 7:30 a.m. Monday.

The district will allow people to schedule free screening appointments, during which a blood sample will be drawn, Keiser said.

The screening will determine within three to five days whether a person is infected with one of the diseases, Keiser said,

If people test positive for exposure, they’ll be referred for more evaluation and treatment, Keiser said.

The Coastal Health & Wellness clinics serve patients regardless of their ability to pay and are one of the primary care options for low-income people in Galveston County.

Keiser emphasized during the news conference that Coastal Health & Wellness is an organization with its own board of directors and administrative staff, separate from the health district.

“We want to make sure that there hasn’t been harm done,” Keiser said. “We’re really concerned about the patients at this point. We’re not prepared to issue a final report yet.”

Milton Howard, the chairman of the Coastal Health & Wellness governing board, did not respond to a voicemail left at his dental office in La Marque or to an email sent late Friday afternoon.

In a press release sent at 7 p.m. Friday, Howard said Coastal Health & Wellness had made strides in honing its infection control procedures in the past month.

Mary McClure, the executive director of Coastal Health & Wellness, did not respond to a note left with her office on Friday after the news conference.

Keiser said representatives of Coastal Health & Wellness were informed about Friday’s news conference and were invited to attend. He could not explain why they were not there, he said.

The health district has informed local government leaders and the University of Texas Medical Branch about the concerns, he said.

The health district plans, sometime in the future, to issue a report about how the sanitation breaches occurred, Keiser said.

No criminal investigation was underway into the issue, he said.

The Galveston County Health District is urging people who received dental procedures at Coastal Health & Wellness clinics between March 1, 2015 and Feb. 13, 2018 to be tested for Hepatitis B, Hepatitis C and HIV.

The district has set up a hotline for people to receive information about potential exposure and to schedule appointments. The hotline number is 409-938-2397.

Testing appointments can also be made at gchd.org.

Free testing services will be offers from March 26 until April 13.

HIV is a virus spread through body fluids including blood that attacks the immune system. Over time, HIV can degrade a person’s immune system to the point the body can’t fight off infections and disease and opportunistic infections or cancers take advantage of a very weak immune system and signal that the person has AIDS.

Hepatitis B is a liver infection caused by the Hepatitis B virus and transmitted by blood or another body fluid. For some people, hepatitis B is an acute, or short-term, illness but for others, it can become a long-term, chronic infection. Chronic Hepatitis B can lead to serious health issues, like cirrhosis or liver cancer.

Six people who received dental treatment at the Texas City Coastal Health and Wellness Clinic in the past three years were diagnosed with hepatitis C after visiting the clinic, county health officials confirmed Monday.

No state involvement in clinic investigation

Texas' public health agency said Tuesday that it is not involved in the investigation of a county dental clinic whose sanitization practices have prompted thousands of people in the county to be warned about possible exposure to hepatitis and HIV.

Not following established practices/procedures for ONLY 3 years? Where is Quality Control?

How did they pass JHACO inspections, or were they exempt from inspections?

My question to them is and how many of these government employees were fired? It seems as not if but when a government employee screws up big time like these did that no one pays the price like we would out here in the real world. So I do wonder why that was not part of the story. Protecting them? This is a major screw up by a government entity and I seriously doubt that they will bring in new people when they decide to re-open, which needs to happen as there are many with little income and no insurance that depend on this type of help or course they don't expect that they will have to pay with their life for the help....

All those who wish for a single-payer government-run not-for-profit health care system should take heed. And then go do some additional research on the VA.

Scare tactic, Mr. Schuler. Putting instruments in an autoclave should not be an option for any dentist office whether run privately or by the government. Does Canada have a problem? Does France have a problem? No and no. Galveston County has a problem.

The people in charge should go to jail...