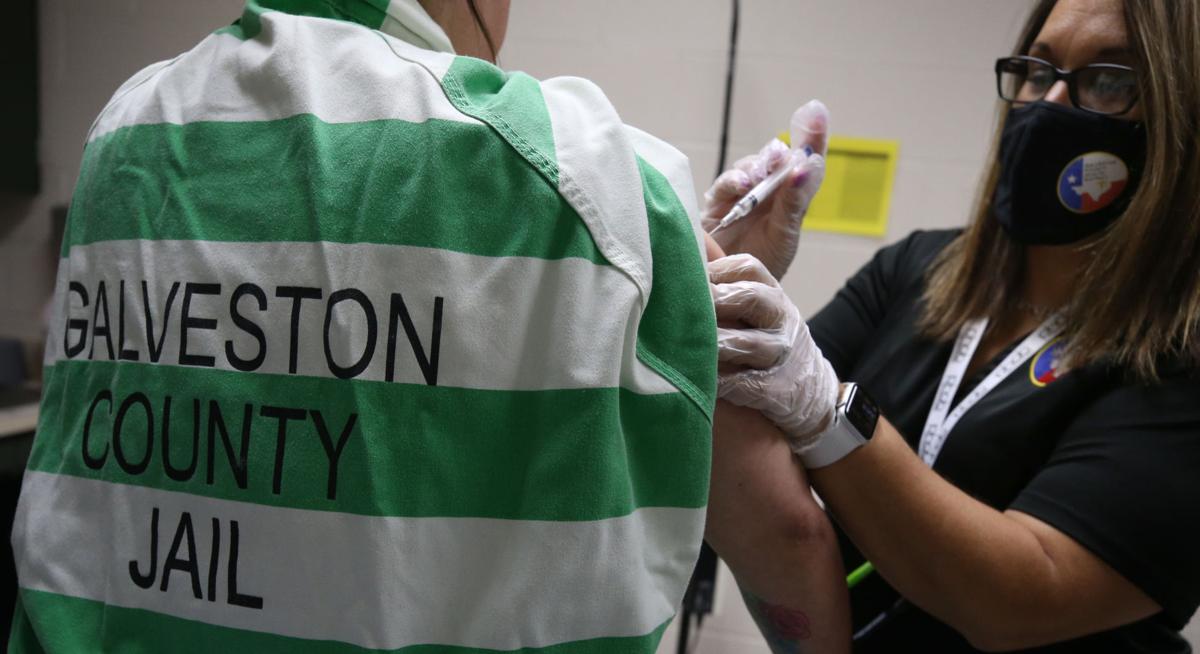 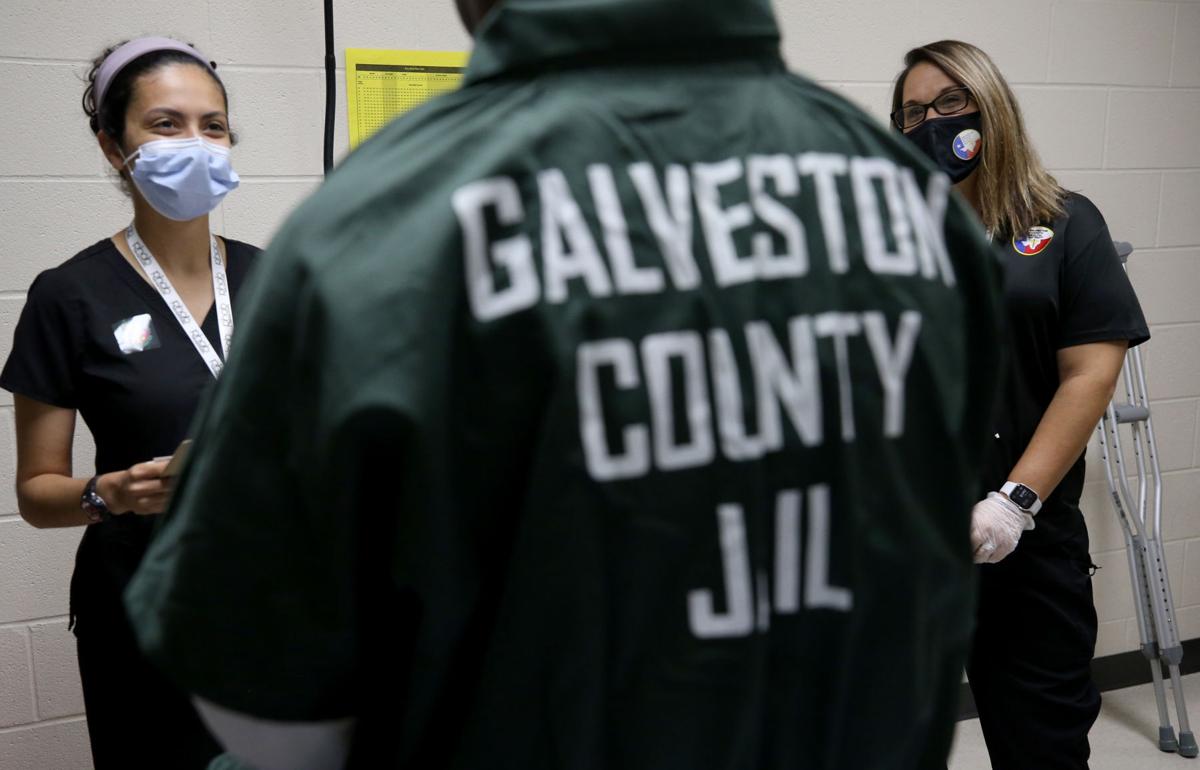 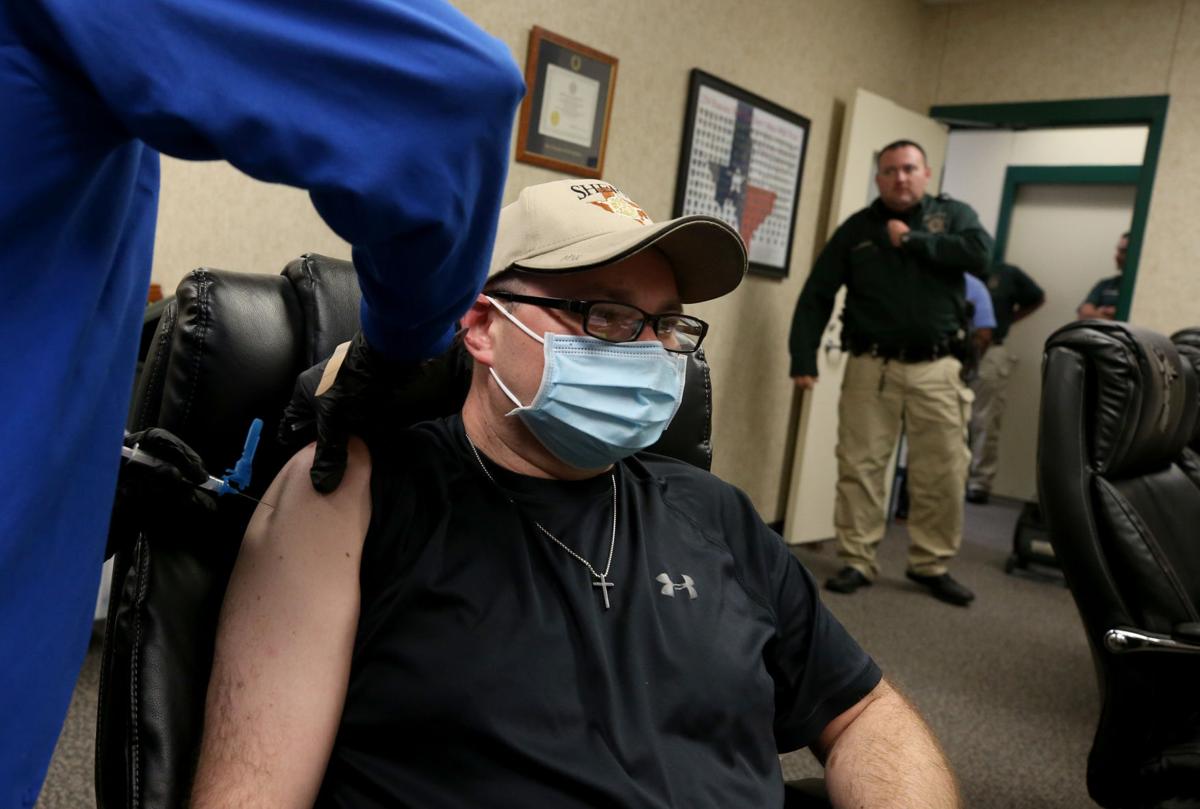 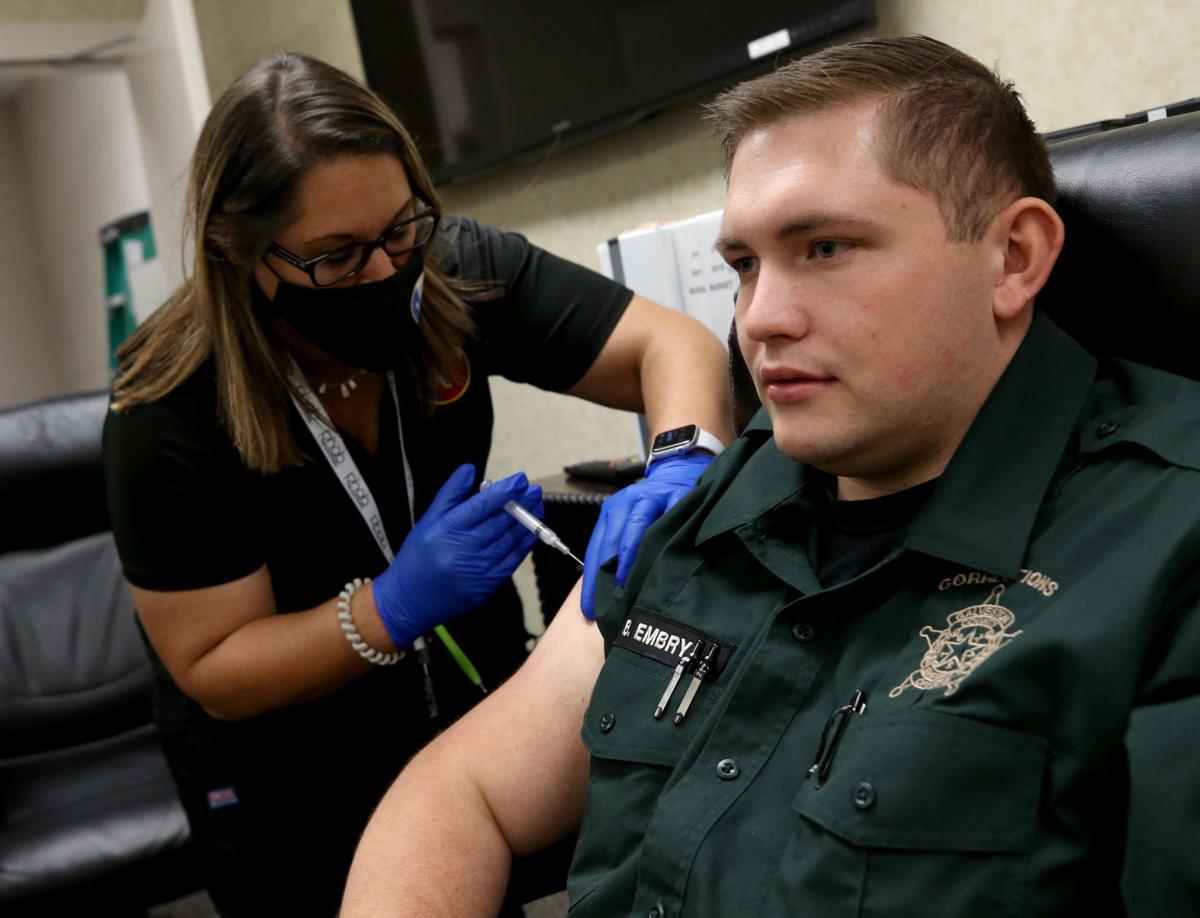 The county’s COVID-19 vaccination efforts were put behind bars Tuesday.

More than 200 jail inmates, as well as some jail employees, agreed to be vaccinated as part of the pop-up clinic, officials said. Nurses from the health district went from section to section inside the jail offering the shots, Galveston County Local Health Authority Dr. Philip Keiser said.

“It’s part of our overall strategy,” Keiser said. “If you do the jail, you get people from all over the county.”

While much of the world has started to drop COVID-19 protocols, the jail still is enforcing rules it has had for most of the pandemic.

People booked into the jail are checked for high temperatures and asked questions about their potential exposure to COVID-19. They’re then required to be quarantined for up to 14 days before being allowed in the general population area.

People who enter the jail and show symptoms of COVID-19 are tested and could be quarantined even longer.

At least twice during the pandemic, there have been COVID-19 outbreaks at the jail, Keiser said. There have been no reports of inmate deaths, but at least one jail deputy died from COVID-19.

Inoculations at the county jail were special because of some of the vaccines used. The health district used a supply of single-dose Johnson & Johnson shots to vaccinate many of the inmates, Keiser said.

The reasoning for using the single-dose shots is the transient nature of the jail, Keiser said. The health district can’t guarantee that a person who receives a vaccination this week would be at the jail and available three or four weeks from now, Keiser said.

The health district also brought a supply of two-dose Moderna vaccinations. Those were available to people who wanted a more highly effective vaccine or who were worried about the side effects from the Johnson & Johnson shot, Keiser said.

Some large counties, including Tarrant County, have begun offering vaccinations to inmates, but the agency isn’t tracking vaccination efforts by county, Wood said.

Vaccinations have been available to Texans since last December. But reports about prison and jail inmates actually receiving the shots only began to emerge in late March.

Vaccination events at the Galveston County Jail and other places are part of the outreach efforts the health district has undertaken since the county’s drive-through vaccination hub was closed in May.

It’s possible the health district could return to the county jail in the future, Keiser said.

As of Tuesday, about 47.4 percent of Galveston County residents had been fully vaccinated against COVID-19.

[thumbup] I'm a little surprised that it's taken so long to do this, given what we know about the transmissibility of COVID in jails and the surplus of vaccines.