Daily News Managing Editor Scott E. Williams died Wednesday at his home in Dickinson, apparently of a heart attack. He was 46.

Williams, born Oct. 15, 1969, joined The Daily News as a reporter in 1998, fresh from the University of Houston’s journalism program. He spent the next 10 years covering the police and courts beats.

In those years, he earned a reputation for integrity and excellent journalism and earned the respect of his colleagues and members of the criminal justice system, counting among his many friends peace officers, prosecutors, defense attorneys and judges.

Williams was known as a thorough and accurate reporter who could write objectively about police issues and still maintain good relationships with the sources of information.

“Scott was a good reporter,” Friendswood Police Chief Robert Wieners said. “He could be trusted to get the facts right and be as fair as possible. He was trusted by police officers, and he will be missed.”

Williams left The Daily News in 2008 to pursue a law degree, which he earned in 2011 from The Thurgood Marshall College of Law at Texas Southern University. He was admitted to the State Bar of Texas that same year and worked as a prosecutor and private-practice attorney until late 2015, when The Daily News recruited him to return to its newsroom.

“Scott was skilled, conscientious and hardworking,” said Daily News Editor Michael A. Smith, who hired Williams in 1998 and 2016. “More than that, though, his personality made our newsroom more fun. He had a wry humor and could always be counted on for some sardonic comment to put our day’s troubles in context.

“Scott was family. He was part of the organization’s soul, and he is irreplaceable.”

While his professions were journalism and the law, Williams’ passion was for anything eccentric. He was a well-regarded authority on the history and personalities of professional wrestling, having published several popular books on the subjects. That research and writing continued until his death.

He was perhaps the world’s leading collector and authority on strange covers of popular songs and was a walking library of information about popular culture in general — comic books and graphical novels in particular.

He was a fixture at the Bedrock City Comics store on Bay Area Boulevard.

“Scott was a part of our family at Bedrock,” Michael Steenbergen said.

“He was frequently around, whether he was working or not, sharing his encyclopedic knowledge of comic books, ‘wrasslin’,’ fiddle music and crazy cover songs.

“He wanted to share his love of those things that he enjoyed in his slightly too loud voice and his suspenders, with those who shared his passions, and sometimes with those who did not.

“He was the heart of our Bay Area store, there since the day we opened and always willing to help at a moment’s notice. He was full of heart, passion and humor.”

Williams is survived by his wife, Brenda; a daughter, Brooke Utter, a son, Brody Williams; his parents Donna and Charles Williams of Dickinson; and his mother-in-law, Betty Korndorffer of League City.

A memorial service is being planned, details of which will be published when they are finalized.

How shocking. as those said in the article about his passing I agree on his fairness. I'd see him at wrecks and fires years ago at most any hour day or night. He wanted the facts and not opinions. My sympathy to his family.

I've know Scott for many years, and our paths crossed many times in my law enforcement career. As Chief Weiner stated you could trust him to get the facts straight. RIP my friend, and condolences to the family and friends.

Scott was a tremendous journalist and a wonderful human being. He will be greatly missed. My thoughts and prayers are with Brenda and the rest of Scott's loving family. We all know Scott is at eternal rest in the arm's of our Heavenly Father.

So sorry to read this.

My thoughts and prayers for his family and for the GDN staff.

He was truly a great,fair,and honest reporter / journalist. I think that is what set him apart from all the rest. Not to many Walter Cronkites or Scott Williams left in the world today. To the family and his extended family at the GDN, sorry for your loss. RIP 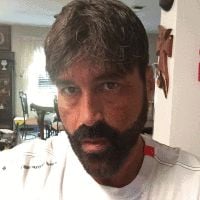 Wow, how did I miss this article yesterday?

I'm so saddened to learn about Scott's passing and my prayers go out to Scott's wife, children and family including everyone at the GDN.

Yes, have to say this is such a sad note. Prayers go to his family and all that were close to him.

My prayers and condolences to Scott's family for their loss. Scott was quite simply the most trustworthy and professional journalist I ever knew.

We will all miss his writing style and his unique way of reporting the events he covered. I will remember him most as a true and loyal friend with a great sense of humor. May you rest Rest in Peace Scott.