As schools prepare to open their doors for the new academic year, local health officials are worried another wave of COVID-19 cases might come.

Concerns are especially high after a League City church camp in June led to an outbreak that resulted in 156 cases as of July 19, Galveston County Local Health Authority Philip Keiser said.

“What we’ve seen with this outbreak at a church camp is that kids coming together, if precautions aren’t taken, it could run rampant,” he said.

Whether that wave comes to fruition will depend on the mitigation measures the districts put in place, Keiser said.

Although it acknowledged that vaccines are the best prevention strategy, the CDC stopped short of saying whether schools should require vaccinations in students ages 12 and older. Nor did it offer guidelines on how teachers should enforce mask requirements in partially vaccinated classrooms.

Regardless of the CDC’s recommendations, Texas schools won’t be allowed to require masks. They also will not receive funding for online learning. An executive order by Gov. Greg Abbott forbade the former, while failure of a state bill that would have funded schools that chose to offer remote learning nixed the latter.

With the fall term several weeks out, school districts such as Dickinson and Galveston still are finalizing plans for returning, with a few awaiting more guidance from the Texas Education Agency and health officials.

Clear Creek Independent School District, though, has had a plan since the middle of June. The district created a committee of parents, students, teachers and health experts to draft a new plan, spokeswoman Elaina Polsen said.

“We started with a blank state, basically going back to pre-pandemic conditions,” she said.

Although the district can’t require masks, it won’t stop people from wearing them, Polsen said. There also won’t be mandated social distancing because there isn’t enough space, although if there are opportunities to space students the recommended 3 feet apart, administrators will do so, she said.

The district also won’t require eligible students to receive the COVID-19 vaccine because that’s outside the district’s authority, Polsen said.

Clear Creek ISD also is planning to bring back volunteers and parents who were prohibited from entering last year, Polsen said. Students will be allowed to do collaborative work, something that was hindered by online school and social distancing, she said.

“All of those pre-pandemic experiences that go along with school will happen this year,” she said.

In the event of an outbreak, the district also has a plan, which involves restricting visitor access, highly encouraging face coverings indoors and possibly closing the school for two days for deep cleaning, according to the district’s published plan.

But Polsen doesn’t expect that will be necessary because of how few cases the district saw last year.

“We do feel confident the school setting is a safe place for kids and adults,” she said.

The district isn’t changing plans because of the outbreak at the League City church camp or the increasing cases caused by the delta variant. A situation where children sleep in close proximity to each other is different from a school, and there isn’t much the district could change, Polsen said.

“We are going to keep the same thing because I don’t know what we could do differently,” she said.

And if the situation changes, the district is willing to adjust, she said.

The outbreak at the church camp is something the Texas City Independent School District will keep in mind at its COVID task force meeting, spokeswoman Clarissa Silva said.

“It’s definitely something that the task force is going to talk about and consider, but we’re really going to be waiting on guidance from the health district,” she said.

CHILDREN IN THE PANDEMICChildren are accounting for a growing share of COVID cases as the rate of vaccinated adults increases, said Manuela Murray, director of Pedi Ambulatory Operations at the University of Texas Medical Branch. Although children previously made up 15 percent of total COVID cases, they now account for almost a quarter, she said.

And the delta variant is only worsening the situation with the local positivity rate increasing in recent weeks, Murray said.

Although schools initially were thought of as safe places, removing the requirements that made them safe leaves that safety in question, Murray said.

“We don’t know how safe it’s going to be when all of these things have been changed,” she said.

OTHER OPTIONSEven without masks, schools still have methods of preventing the spread of COVID, Keiser said. They can enforce social distancing, keep classes separate and limit sporting events.

“Everybody wants to get back to football,” he said. “Unfortunately, football and basketball are where we would see outbreaks in high schools.”

Being vigilant as parents and testing sick children also will help reduce the spread, Murray said.

“I think it’s going to be important that we remain very alert as parents,” she said. “If our kids are sick, they need to stay home, and they need to be tested.”

Getting more children vaccinated also would help decrease the spread of COVID, although no vaccines have been approved for children under 12, Keiser said. But children who are old enough should be vaccinated, he said. 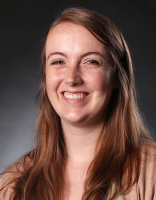 Abbott has forbidden a mask mandate

No funds for remote learning means no social distancing

No vaccines for elementary school kids

There is only one way that this can go. And it's not good.