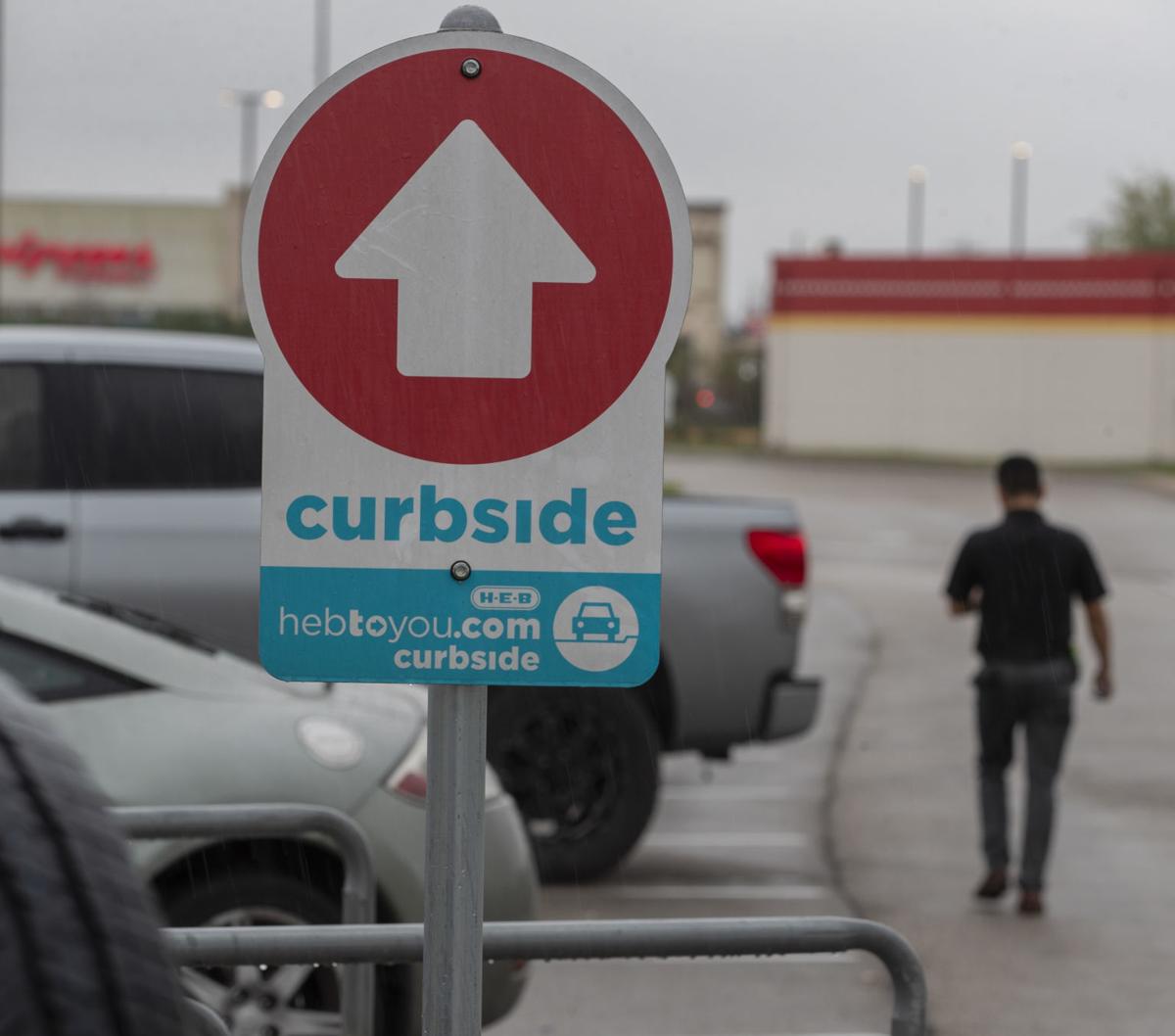 H-E-B has waived the service fee for next-day online curbside service for shoppers in response to coronavirus precautions. 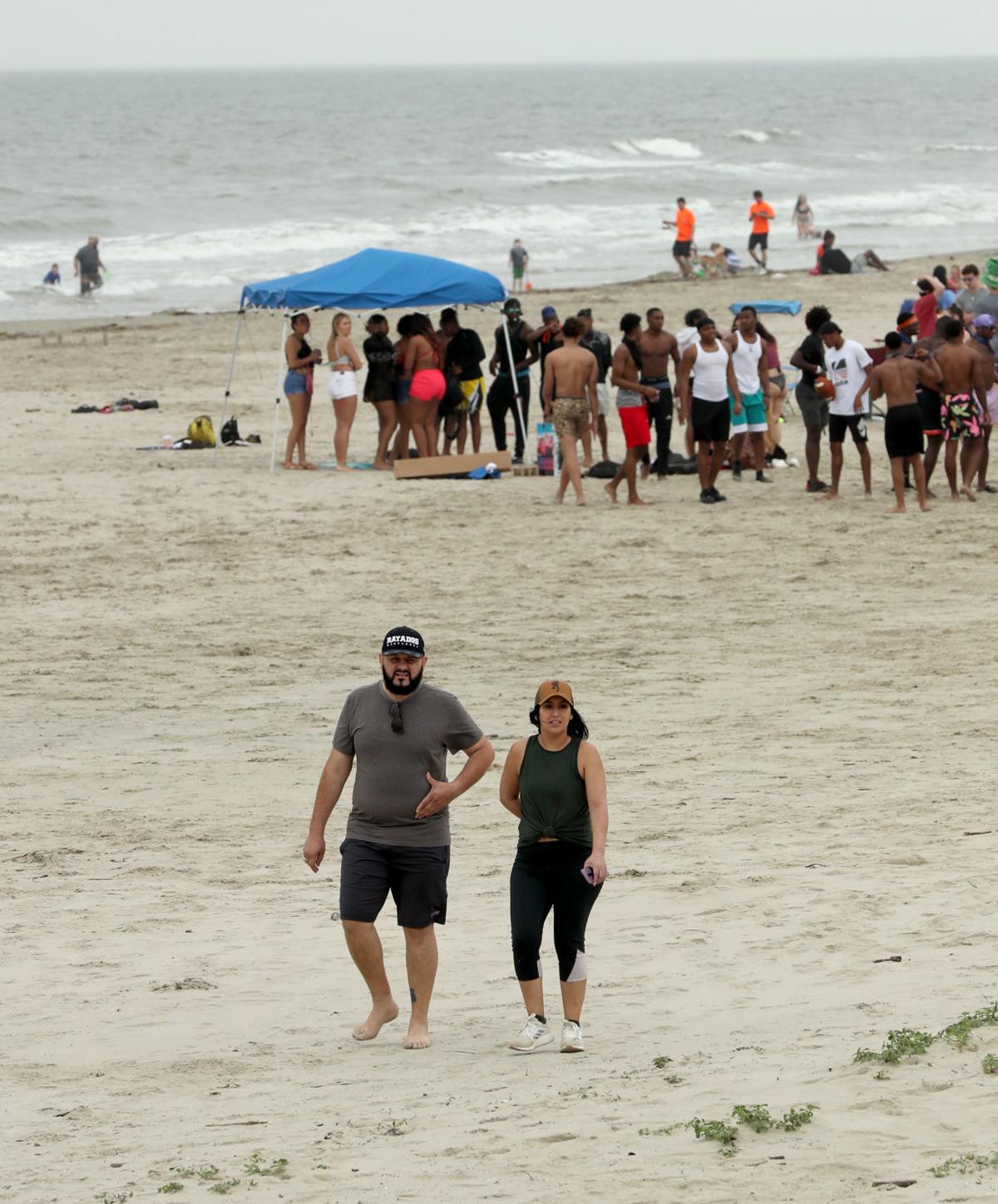 Luis Barrera and his wife, Vanessa, walk along the beach near Central City Boulevard in Galveston on Monday, March 16, 2020. 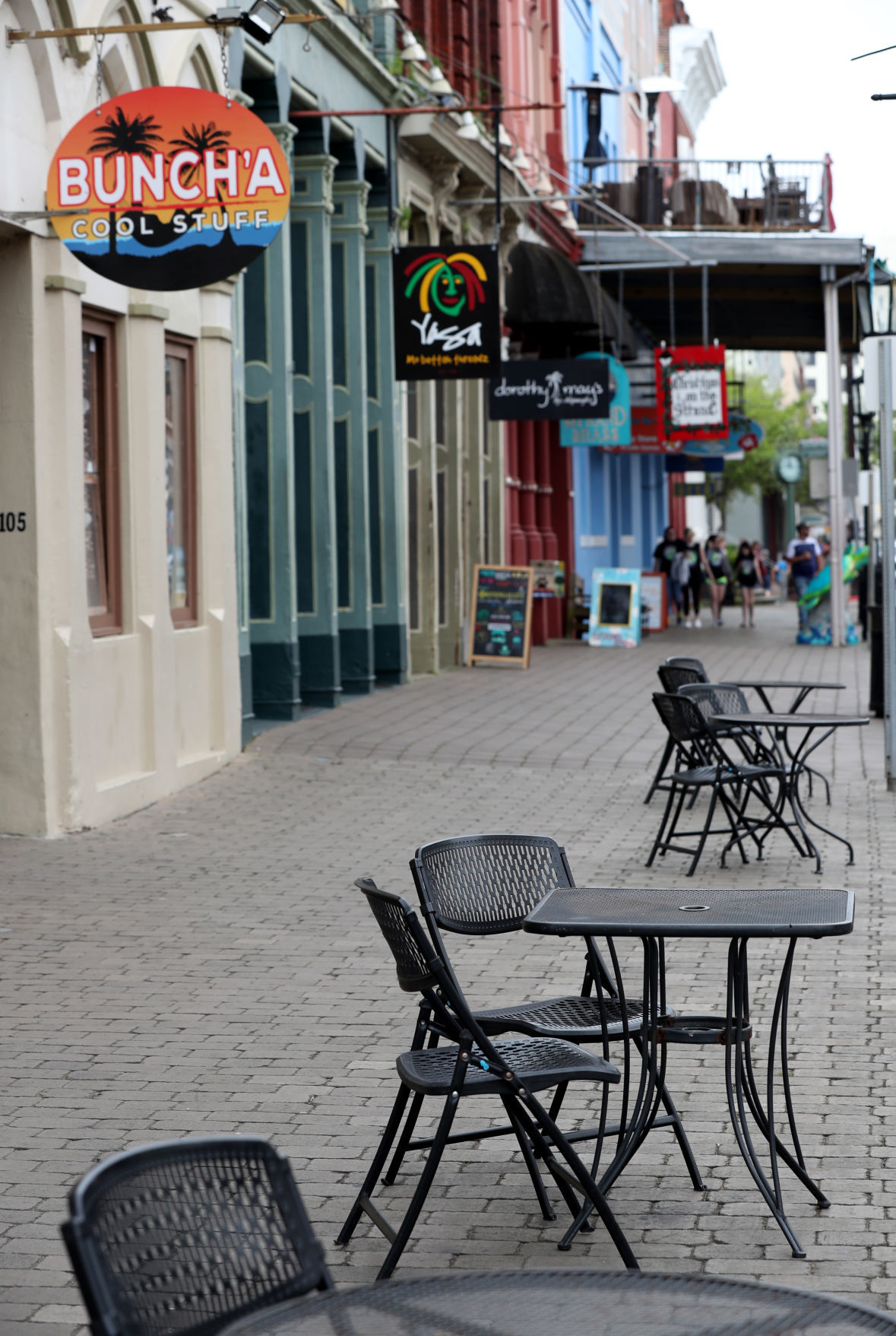 The tables and chairs in front of Bunch'a Cool Stuff at 21st and Strand streets in Galveston are empty during Monday, March 16, 2020. Many of the sidewalk seating areas along the street popular with tourists were empty. 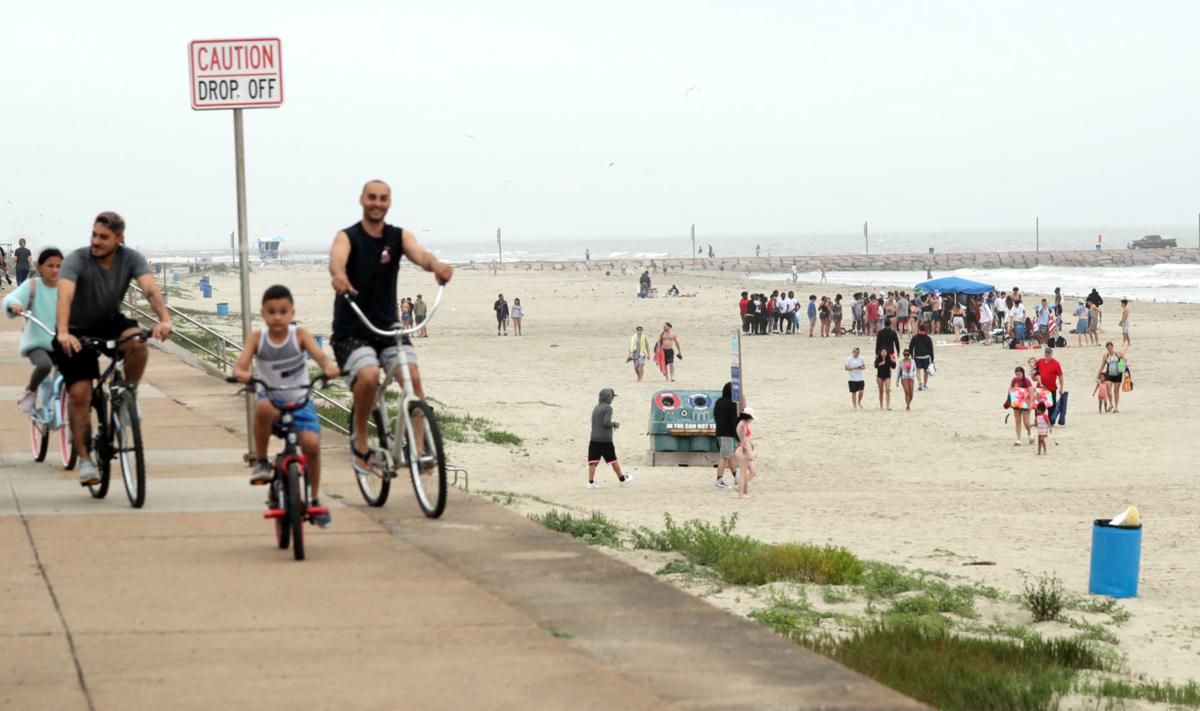 People flock to the seawall and the beach near Central City Boulevard in Galveston on Monday, March 16, 2020.

H-E-B has waived the service fee for next-day online curbside service for shoppers in response to coronavirus precautions.

Luis Barrera and his wife, Vanessa, walk along the beach near Central City Boulevard in Galveston on Monday, March 16, 2020.

The tables and chairs in front of Bunch'a Cool Stuff at 21st and Strand streets in Galveston are empty during Monday, March 16, 2020. Many of the sidewalk seating areas along the street popular with tourists were empty.

People flock to the seawall and the beach near Central City Boulevard in Galveston on Monday, March 16, 2020.

Galveston, one of Texas’ most popular tourism destinations, took steps Monday to limit the size of crowds until after Memorial Day.

The city declared a local disaster because of coronavirus and enacted stricter limits on the size of planned gatherings until June 1. The city will not permit gatherings of 50 or more people through May, officials said.

The announcement canceled some of Galveston’s longest-running annual spring events including FeatherFest, a bird-watching event that attracts thousands of visitors, The Grand Kids Festival and Yaga’s Wild Game and BBQ Cook Off, as well as more than a dozen other events. It was even affecting weddings and funerals.

The disaster declaration is meant to give the city flexibility in making decisions, in the same way it does after being hit by a hurricane, Mayor Jim Yarbrough said.

“We want to be able to move quickly since things are changing,” Yarbrough said. “We’re, quite honestly, dealing with an environment that none of us are familiar with.”

The city did not, however, take steps to close businesses such as restaurants and bars, where people gather in large groups, even as other Texas cities, including Dallas and Houston, have ordered such businesses to operate only as takeout or drive-through operations.

The city has had conversations about taking the step to close restaurants but is waiting for more information about possible confirmed cases of the virus before going that far, Yarbrough said.

The city of La Marque had made a similar disaster declaration earlier in the day.

Galveston County had not announced any cases of community spread of the coronavirus as of Monday. County health officials Friday announced a Friendswood woman had been presumptively diagnosed with the virus, and was in self-isolation in Austin.

She was still there on Monday, a health district spokeswoman said.

Health officials Monday, however, said two people with confirmed infections in Brazoria County work in Galveston County and that they were tracing their contacts here.

Galveston County had not made a disaster declaration and Judge Mark Henry said it was unnecessary to do so.

“We don’t have such authority to issue such a declaration; it would be meaningless,” Henry said. Gov. Greg Abbott’s declaration of a state disaster on Friday conveyed the necessary powers to seek federal aid that a county-centric declaration would have done, he said.

The county’s response to the virus would be dictated by whether there were diagnosed cases, and evidence of community spread, Henry said.

“Our county has zero cases of community spread,” Henry said. “That could change tomorrow, but as of today we have no known cases in Galveston County.”

Henry said he lacked the power to recommend people not gather in large groups.

The only other city in Galveston County to declare a disaster was La Marque, which Monday announced it was closing its city hall and public library, as well as suspending the practice of disconnecting water and sewer services for nonpayment during the public health crisis.

Even without disaster declarations, cities and other entities across the county continued to announce adjustments to their schedules. Most cities announced they were closing their municipal courts, and canceling city board and committee meetings, and late in the day, most school districts in the county announced they would extend their closures until April 10. Most had planned to resume classes next week.

Life in the county continued to be different Monday as people adjusted to the shutdowns, precautions and other fallout from virus fears.

Susan Brown lined up with other shoppers outside the H-E-B grocery store on the League City Parkway at 7:15 a.m. to be ready when it opened at 8 a.m.

Despite being 45 minutes early, Brown was the fifth person in line.

“We’re all just wanting to be prepared in case it got bad,” she said. The store was stocked, at least in the morning, with produce, meat, water and toilet paper, she said.

In Galveston, Dr. Jeremy Magruder’s dentist office was putting new precautions in place. Staff members had begun to call people ahead of their appointments to ensure they had not traveled out of the country, or had a fever recently.

People who walk into the office are also again screened for a fever and then told to wash their hands. Patients would get only old-fashioned keep-cleaning treatment, Magruder said. The practice had stopped using an ultrasonic cleaner, because it tends to squirt water and saliva back at the person using it, Magruder said.

“We’re having patients gargle hydrogen peroxide before each appointment to avoid any viral load in the throat,” Magruder said. “The hygienists are just doing what we call hand scaling. It’s just scraping the teeth with a sharp instrument so it doesn’t produce any spray.

Meanwhile, at the Port of Galveston, the last cruise ship that left from the island since last week returned and discharged its passengers on Monday.

Four ships will berth at the port for the time being, port spokeswoman Cristina Galego said. Both Royal Caribbean and Carnival Cruise Lines last week announced month-long suspensions in their service.

The Wharves Board of Trustees is scheduled to meet Tuesday morning to talk about the effect the virus’ disruption to business will have on its operations. Galego on Monday said there was a least one positive note amid the grim situation: cargo operations at the port continues apace.

“One bright spot is the port’s cargo business, which has not been impacted thus far,” she said. “We see no signs of this slowing.”

Now that Harris County and Houston have ordered bars to close for 15 days and Galveston has not, young Houstonians, who carry the coronavirus but will not die of it, will be flocking to Galveston to party. Great for business, not so great for the local elderly and medically challenged who will die of it.