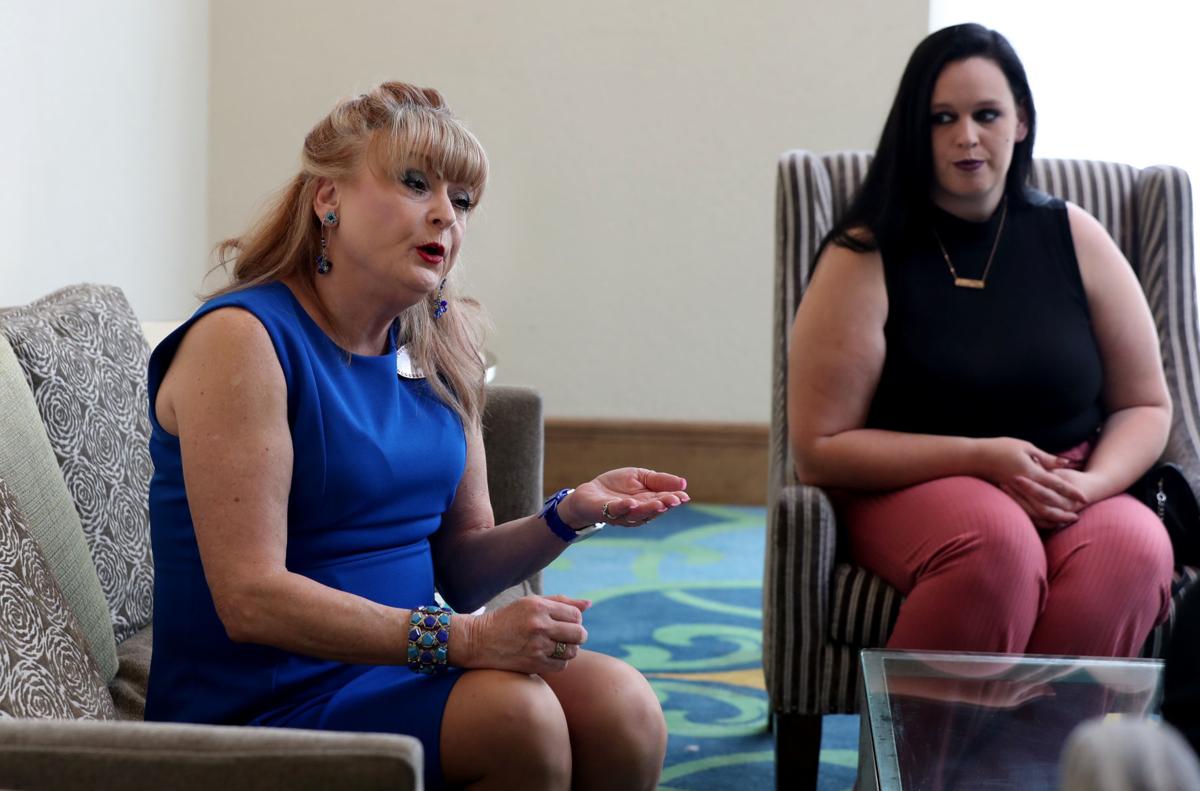 Wedding planner Jane Park, left, owner of The Total Wedding Experience, and her assistant Beverly Hudgins talk about how coronavirus and limits on gatherings are affecting brides and grooms Thursday. 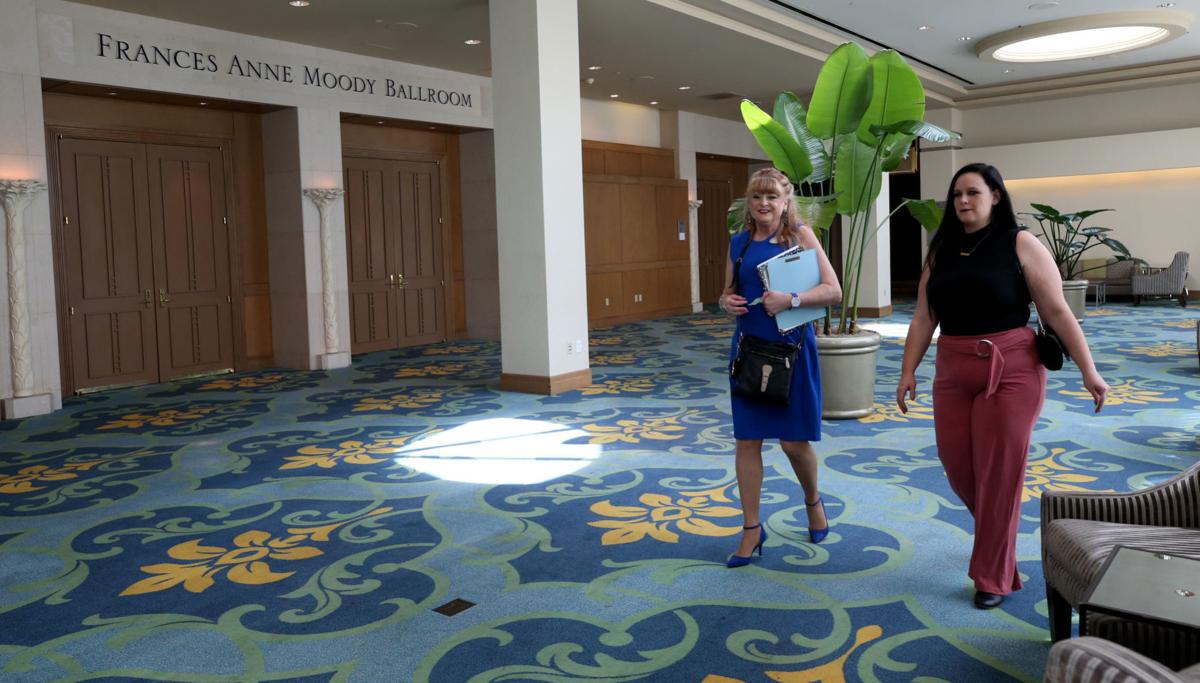 Wedding planner Jane Park, left, owner of The Total Wedding Experience, and her assistant Beverly Hudgins walk past the Moody Gardens Hotel ballroom in Galveston on Thursday, March 19, 2020. They have been helping couples postpone and cancel weddings amid the coronavirus outbreak. 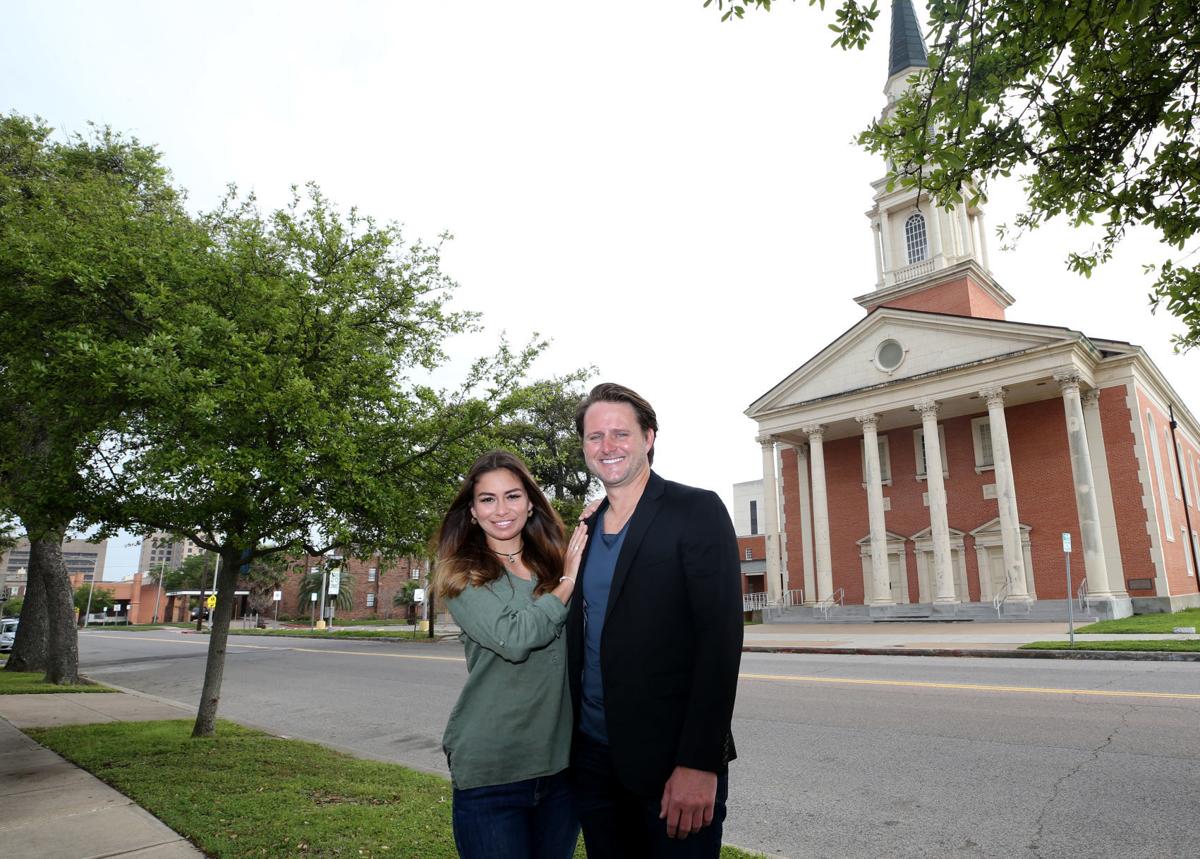 Alexandra Compton and her fiancé, Ryan Jones, have had to postpone their upcoming island wedding as the city and state prohibit large gatherings to help slow the spread of coronavirus.

Wedding planner Jane Park, left, owner of The Total Wedding Experience, and her assistant Beverly Hudgins talk about how coronavirus and limits on gatherings are affecting brides and grooms Thursday.

Wedding planner Jane Park, left, owner of The Total Wedding Experience, and her assistant Beverly Hudgins walk past the Moody Gardens Hotel ballroom in Galveston on Thursday, March 19, 2020. They have been helping couples postpone and cancel weddings amid the coronavirus outbreak.

Alexandra Compton and her fiancé, Ryan Jones, have had to postpone their upcoming island wedding as the city and state prohibit large gatherings to help slow the spread of coronavirus.

A week ago, Christy Armstrong was two months out from her wedding. On Wednesday, she extended her wait another month.

Armstrong, who lives in Spring, and her fiancé, Nick Talamantes, decided to postpone their planned May 2 wedding on Thursday and announced to the 200 people they had invited that the ceremony would now be held on June 5.

The announcements were sent out on social media, so the couple wouldn’t have to spend hundreds of more dollars on new individual invitations, Armstrong said.

Armstrong hoped that by moving the ceremony back a month, they would still be able to have their wedding in the way they want to celebrate it.

“The celebration was something that we were really willing to compromise for,” Armstrong said.

Moving the wedding took many conversations and calls and reality checks, Armstrong said. Tears were definitely shed at the initial shock that the ceremony couldn’t happen next month, she said.

“I’m better after the initial shock, but it still kind of sucks,” Armstrong said. “May 2 was a Saturday, this is going to be a Friday. And in Galveston it’s going to be so hot outside. But there’s not going to be a lot of flexibility in the next few months.”

Mandatory and suggested precautions against large gatherings have blasted a huge hole in county’s events industry, as engaged couples and their families scramble to adjust plans for events during the happiest days of their lives.

Peter Ochoa, the director of events at the Bryan Museum, a popular wedding venue in Galveston, said he had to cancel or postpone 21 weddings and corporate events over the last week.

“We’ve started rescheduling until after June, but even that is tentative because we don’t know how long this is going to last, things are just changing daily,” Ochoa said.

The cancellations came not only because of public health and government leaders’ suggestions that people not gather in groups of more than 10, but also because the city of Galveston prohibited permitting large events in the city through the end of May.

Brides who had planned their weddings at the museum — some of them as much as a year out — are “devastated,” Ochoa said.

Ryan Jones and his fiancé, Alexandra Compton, felt the hit particularly hard. They were planning to have their wedding at the Bryan Museum next month, and Jones also makes a living as a wedding photographer.

“Not only am I getting hit like every other business is and not getting new potential clients or business, I’m also having to be on the chopping block to have to return thousands and thousands of dollars to people,” Jones said. “That’s money that I would use for food and to pay bills.”

Right now, the couple was trying to “push through,” with some type of wedding, though he admitted he wasn’t sure what the celebration would look like.

Jane Park, owner of The Total Wedding Experience in Friendswood, specializes in holding weddings on board cruise ships at the Port of Galveston. With no cruises now leaving the port until at least April 10, some of Park’s clients have asked her if alternatives, such as beach weddings, are possible.

“All the weddings on the cruises have been canceled, and what I’m seeing is that some of them are rescheduling for later cruises and some of them are reaching out to me to do beach weddings in Galveston,” Park said. “Some of them have marriage licenses that are going to be expired, and they have to either use them or forfeit them. It’s taken a huge toll on us.”

HAPPIEST DAYS AND SADDEST DAYS, TOO

Changes of venue are not only a topic of discussion in the wedding industry. Limits on gatherings also have local funeral directors taking precautions. Jay Carnes, the owner of Texas City-based Carnes Funeral Home, said his staff was prepared to conduct more graveside services in coming weeks and months as people try to avoid gathering in indoor spaces.

“What we’re encouraging families to do are private family services and then possibly memorials for the public at a later time,” Carnes said.

On Wednesday, the Archdiocese of Galveston-Houston indefinitely suspended Masses because of the coronavirus. As part of that announcement, the diocese also said its priests would only conduct graveside services — and that memorial Masses could be scheduled at a later date.

In some cases, event planners were envisioning gatherings where people might break with safety recommendations and still meet in large number. E.R. Johnson, the owner of Galveston’s Fields-Johnson Family Mortuary, said he was preparing waivers for people planning memorials to sign.

The waivers would acknowledge that large gatherings are not recommended, Johnson said. The conversations about limiting or delaying services are not easy ones for grieving families to have, he said.

“If we do a graveside service at this time and then try to have a memorial service later, then you’re opening up another wound for them and delaying the healing process,” Johnson said. “We’re trying to console them and make sure that all their needs are being met.”