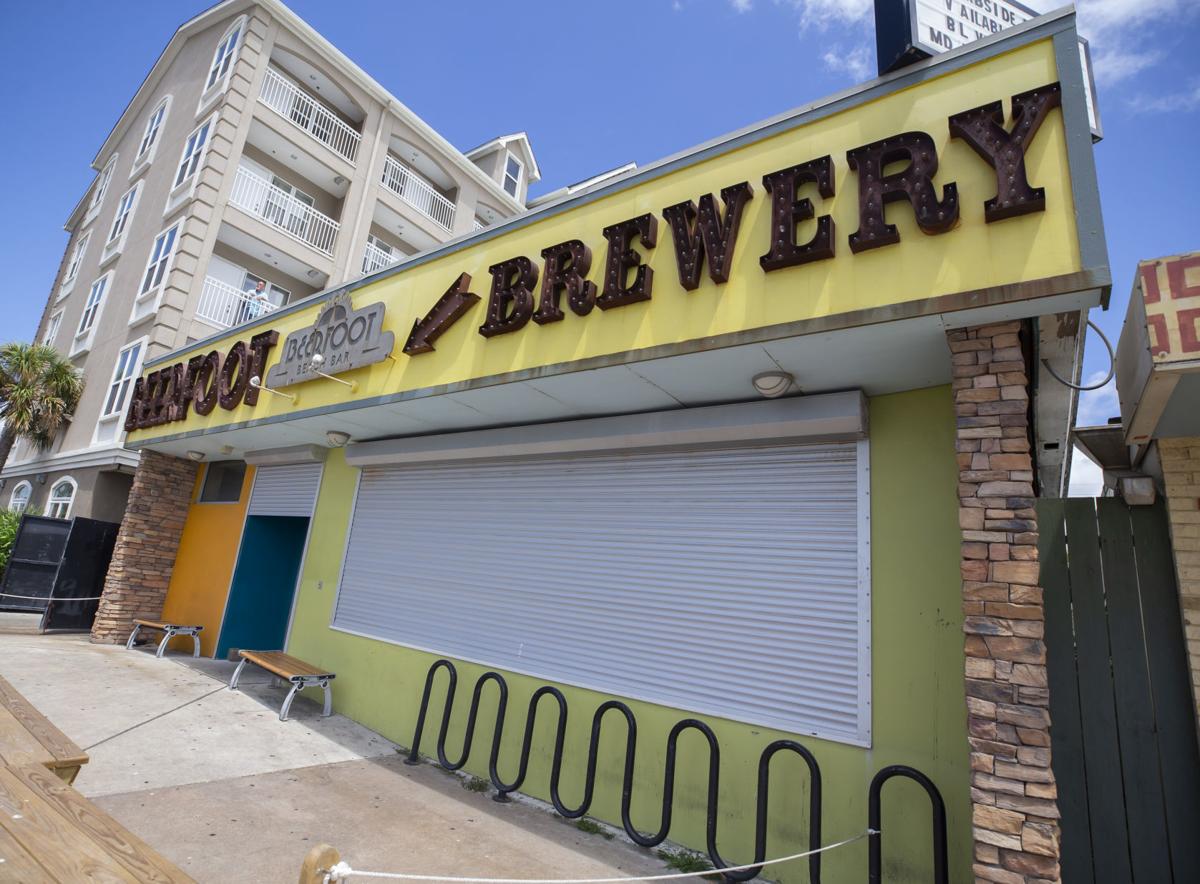 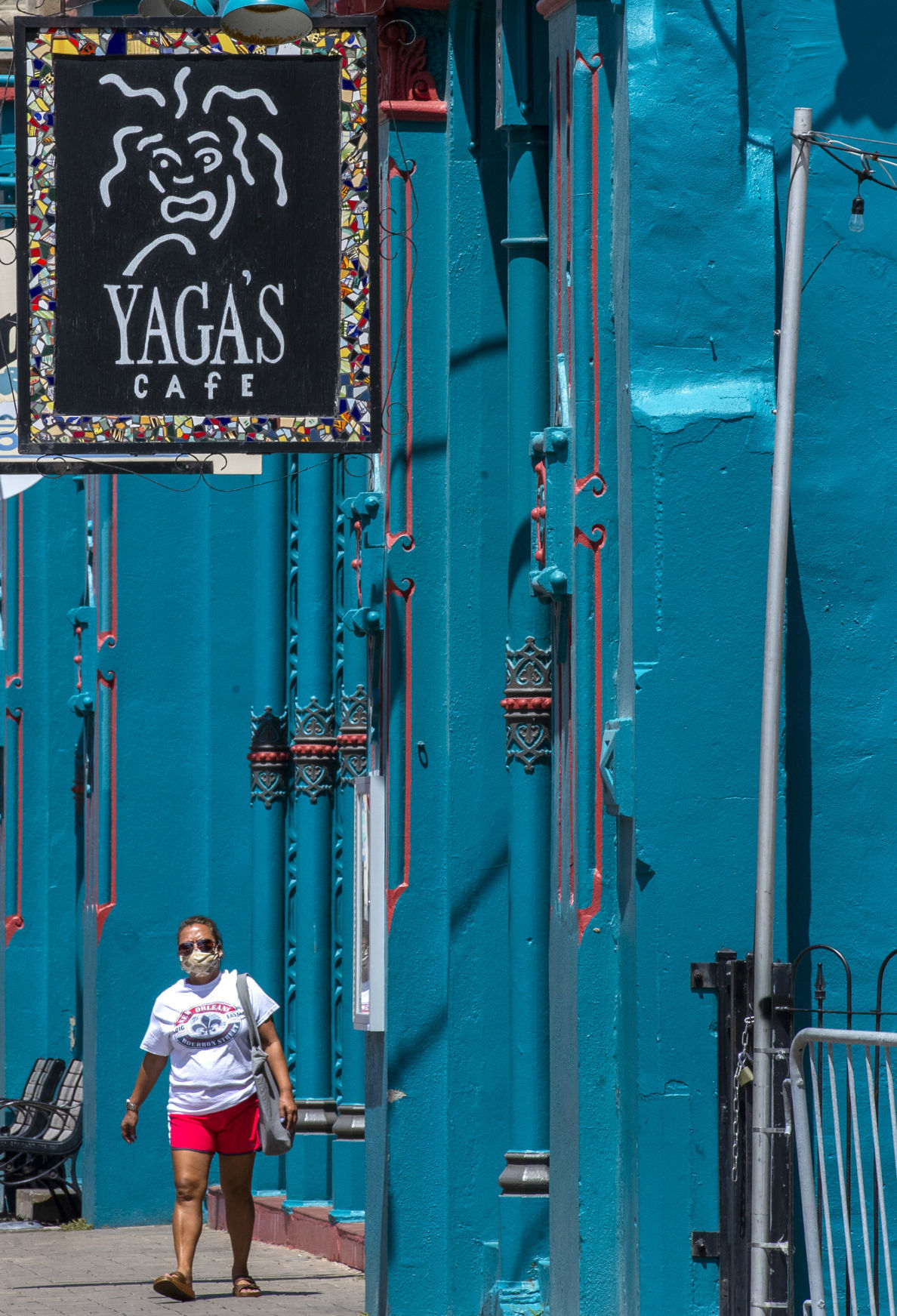 Yaga’s Cafe on The Strand has temporarily closed after employees tested positive for COVID-19.

Yaga’s Cafe on The Strand has temporarily closed after employees tested positive for COVID-19.

Several island businesses have shut down for several days after employees tested positive for coronavirus or out of caution as cases crop up among service industry workers.

A rise in cases was predictable among hospitality workers as businesses reopened and visitors packed Galveston’s beaches and tourist venues, public health officials said, while urging people and business operators to be careful.

Likewise, the Galveston Country Club, which caters mostly to members, closed over the weekend after an employee there tested positive for the virus.

Dean was first informed Saturday about a positive case among his workers, he said.

Two other employees working at Yaga’s and Beerfoot also were tested and told Dean they had positive results Sunday, he said. All three employees have only mild symptoms, Dean said.

Dean wasn’t sure Monday when he would reopen the two venues.

Dean’s other venues — Float Pool & Patio Bar, 2828 Seawall Blvd., and BLVD Seafood, 2804 Ave. R 1/2 — remain open because no employee that works at those locations has tested positive, he said.

“She had some mild symptoms, but we don’t want to take any chances,” Lund said.

The country club sent a note to all its members about the positive test and the closure, he said, adding that the country club’s board had planned to discuss the next steps Monday afternoon.

All of the country club employees have been tested and so far no one else has tested positive, but some people haven’t gotten their results back yet, Lund said.

Country club managers don’t think the employee contracted the virus while at work, and the employee reported having come into contact with someone who had tested positive, Lund said.

Other businesses have closed out of an abundance of caution.

No Salsas employees had tested positive, but operators decided to close out of caution, Oyervides said

“It’s tough because our sales have been getting better, back to normal,” he said. “We put our customers first.”

Salsa’s will be closed for four or five days while all its employees get tested and wait for their results, Oyervides said.

Salsa’s is confident about its social distancing practices but will be stricter about some things upon reopening, like making sure workers dump the trash from vacated tables immediately before assisting other customers, Oyervides said.

People are becoming infected by interacting with infected family members and are getting it at work, he said.

“Whether they’re getting it from coworkers or from the public at large, it’s hard to know,” Keiser said.

The rumor mills are churning about outbreaks, and the health district investigates every one, Keiser said.

People can’t rely on the health department to identify which business are safe and which aren’t, Keiser said.

“You need to be responsible and do the right thing,” he said.

The health district doesn’t have the authority to order businesses closed if there are positive cases, he said.

Many residents and tourists are ignoring the recommendation to wear masks and socially distance themselves to avoid transmission and (modestly) reduce chances of becoming infected.

Please use your logic to connect the dots.

Be a considerate citizen and wear a mask when shopping and interacting in public.

Only worry if the number of hospitalizations skyrocket. Most cases are asymptomatic.

TWENTY SEVEN HOSPITALIZATIONS! That's not good but it's not unexpected.

There are 715 active cases, 688 whom self quarantine plus 27 in a hospital. Keep away from those who test positive, Kelly!

According to SETRAC, the Texas Dept of Health Services says Galveston County has 21 confirmed Covid + patients on vents, with 30 "suspected" Covid + in the ICU, and 85 "suspected" in the general population.

According to Galveston County Health District only 27 hospitalized.