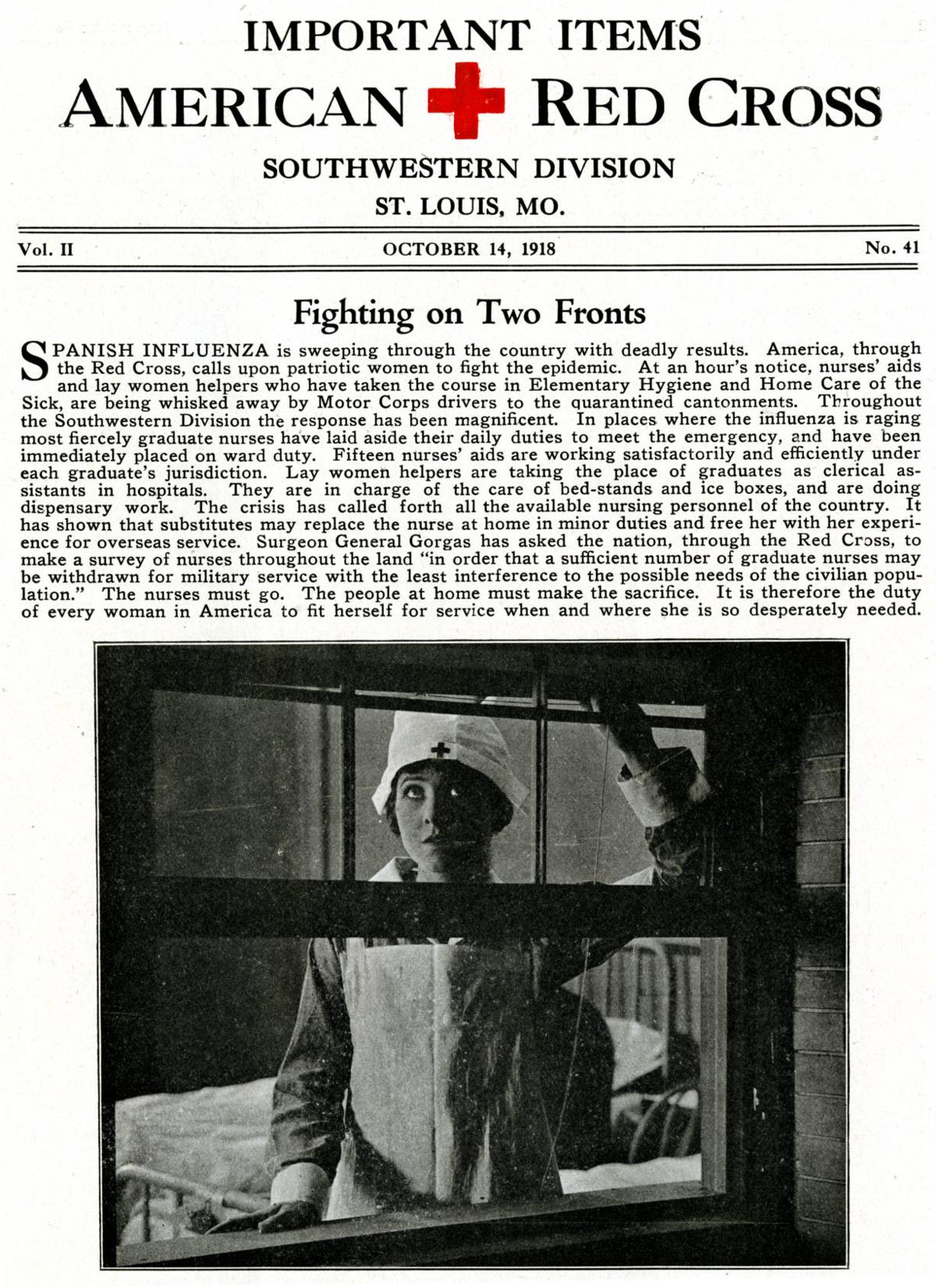 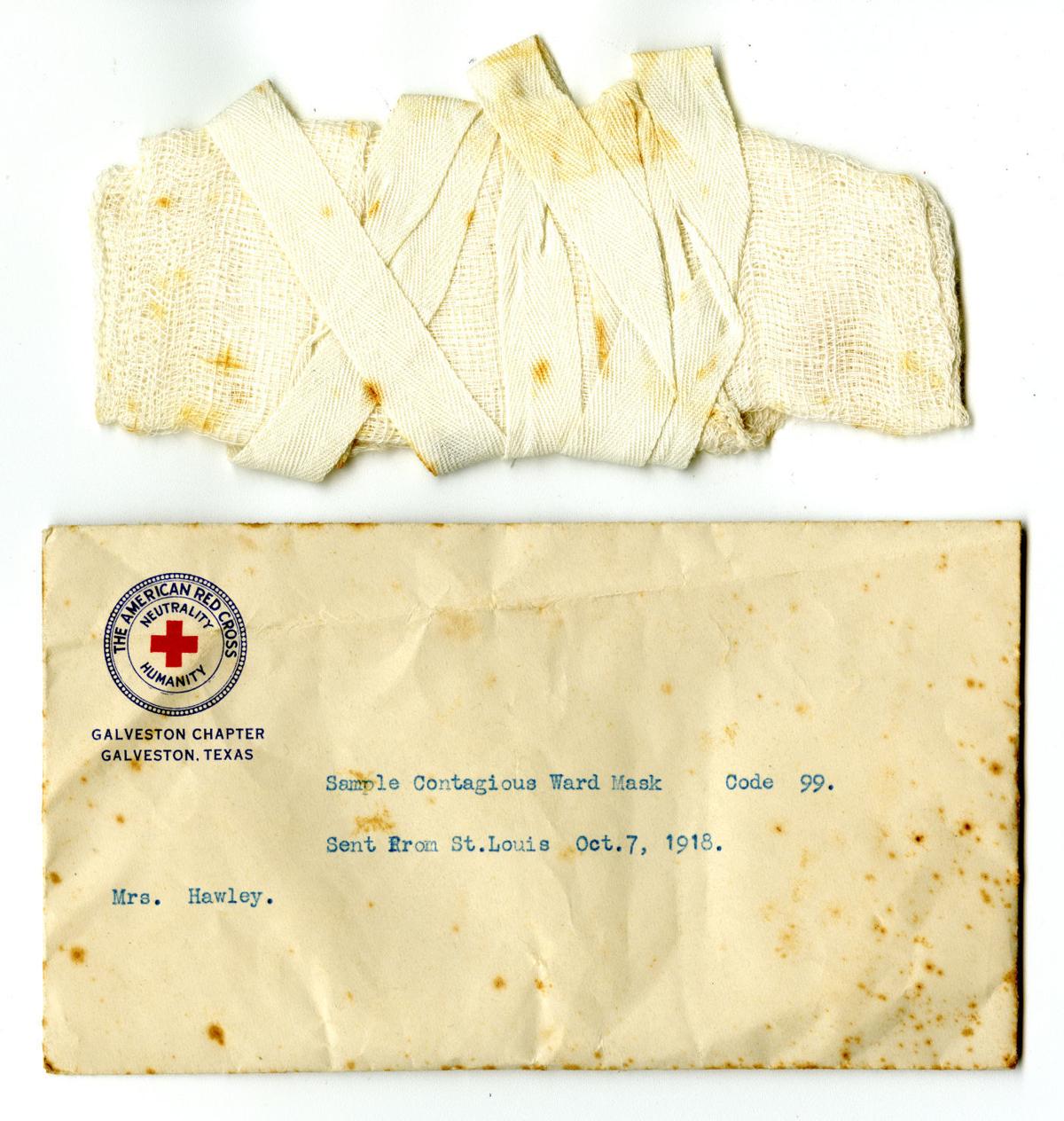 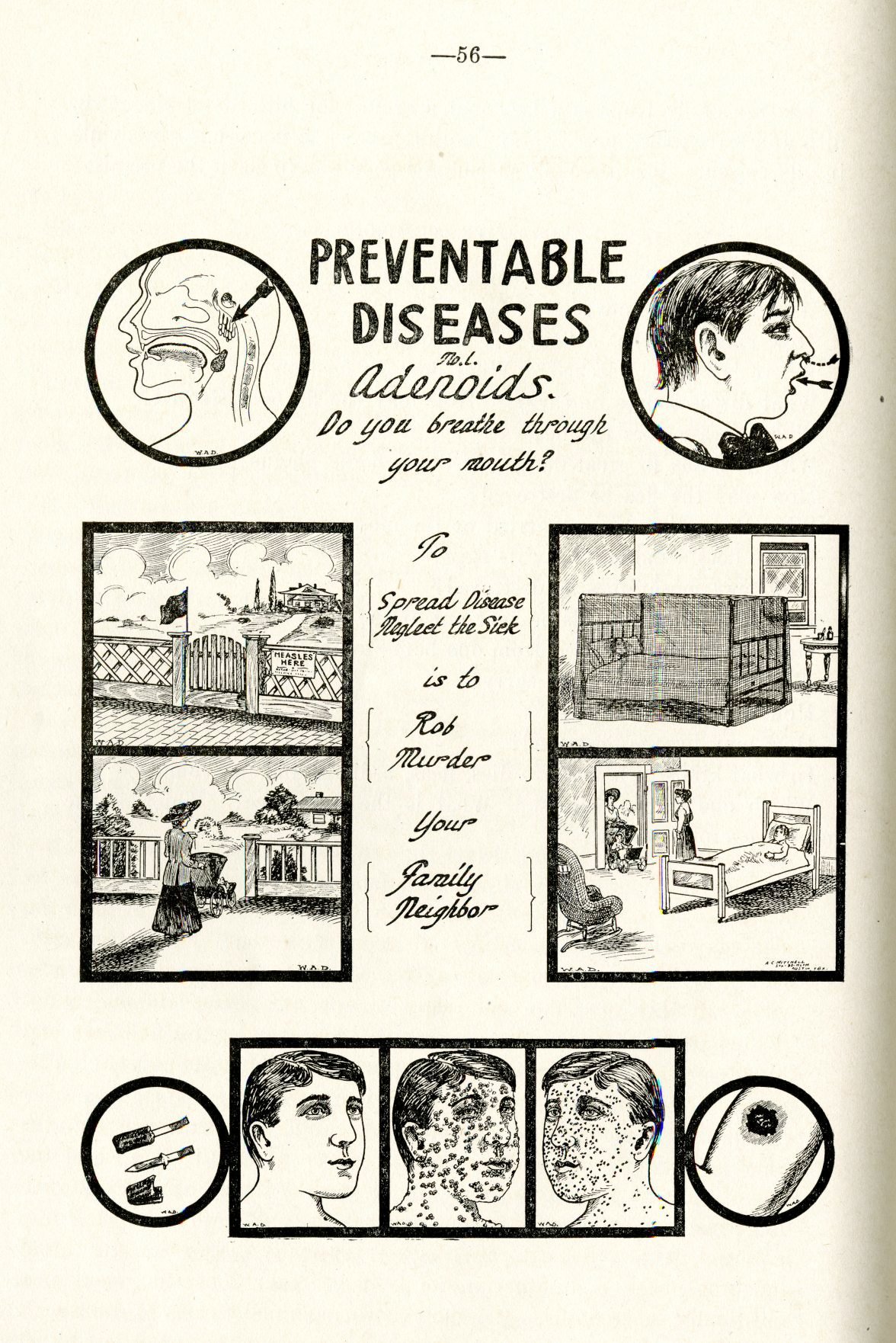 Publication from the Texas State Board of Health about preventing contagious diseases. 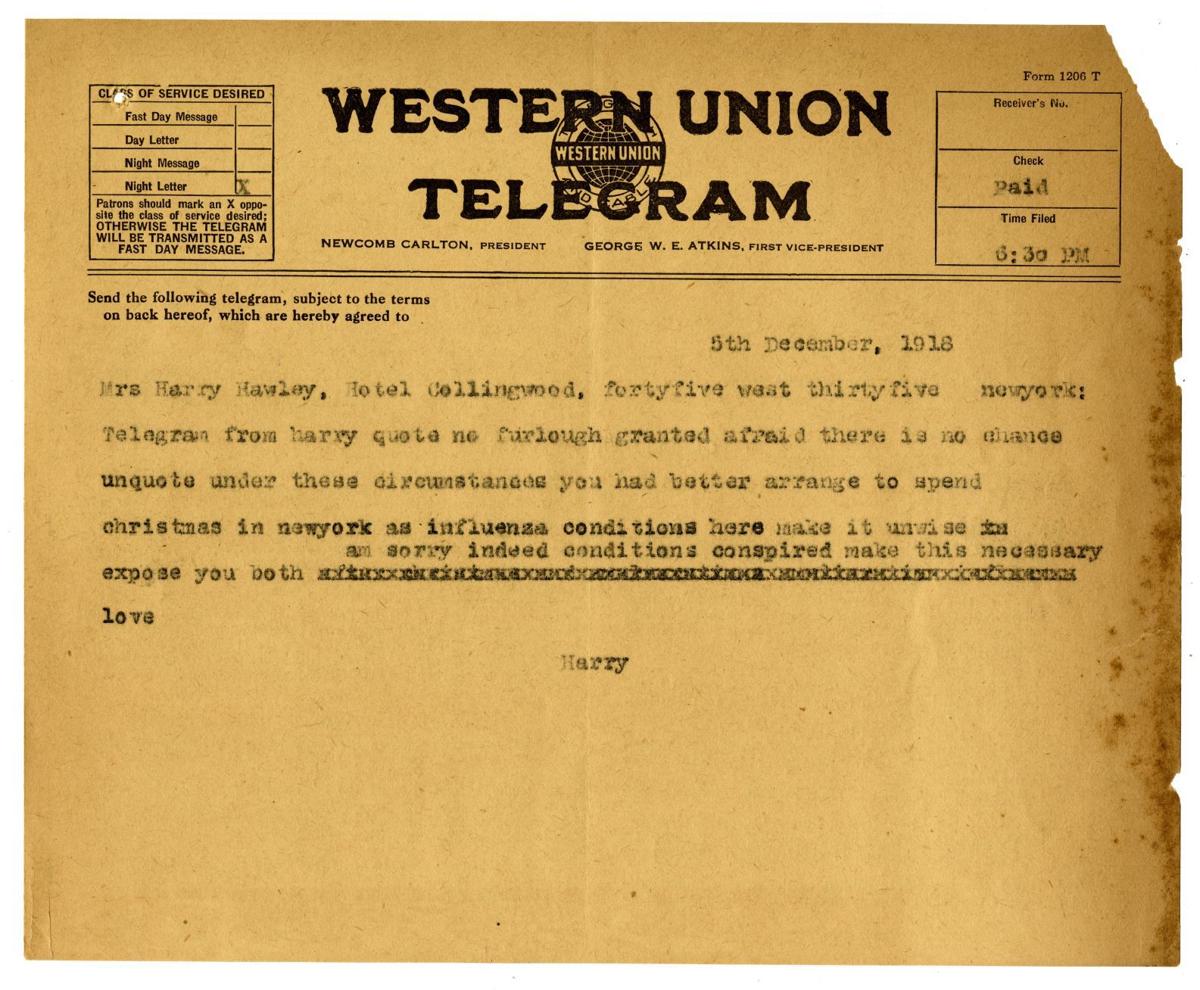 Telegram from Harry Hawley telling his wife in New York not to return to Galveston because of the influenza outbreak. 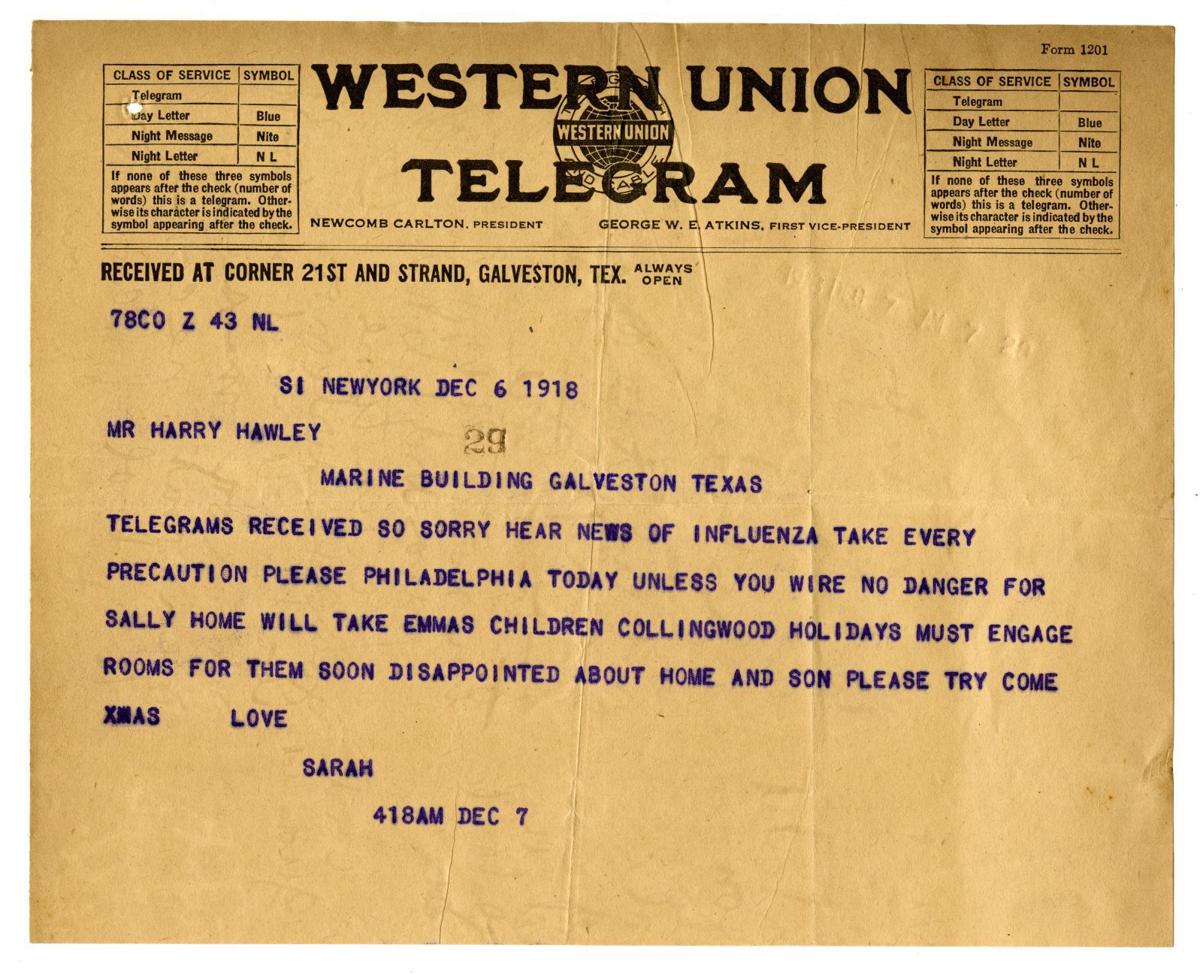 Telegram from Sarah Hawley acknowledging her husband's warning to stay out of Galveston because of the influenza outbreak. 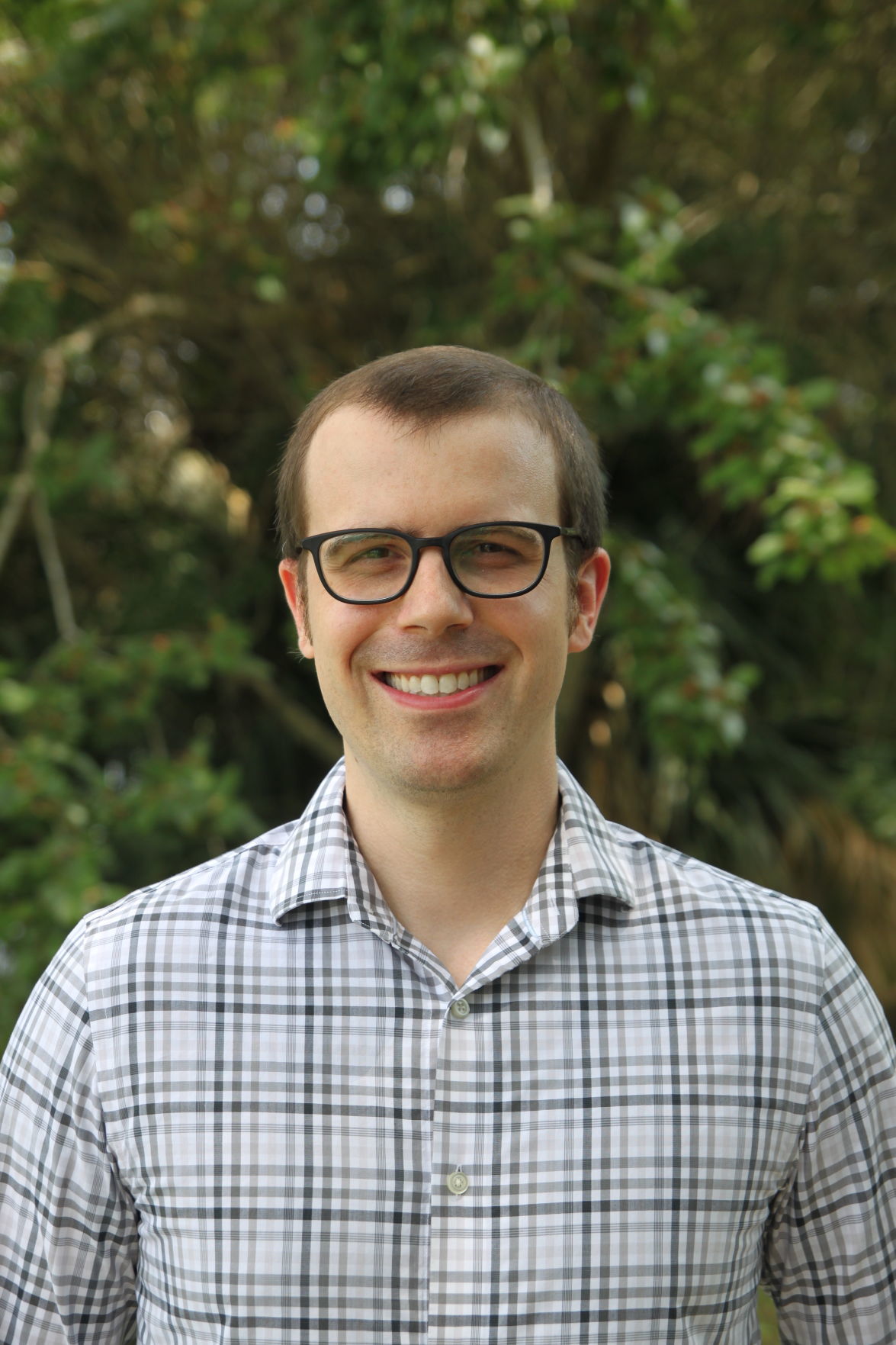 Publication from the Texas State Board of Health about preventing contagious diseases.

Telegram from Harry Hawley telling his wife in New York not to return to Galveston because of the influenza outbreak.

Telegram from Sarah Hawley acknowledging her husband's warning to stay out of Galveston because of the influenza outbreak.

Galveston residents are now familiar with closed businesses, canceled events and commands to maintain distance because of the coronavirus pandemic. The past month seems unprecedented. Yet, our response to the pandemic parallels the city’s response to the Spanish influenza a century ago.

Spanish flu spread throughout military camps and the trenches of World War I during the spring of 1918.

Journalists in neutral Spain wrote openly of the disease, leading to its name. A deadlier version of the virus returned to the United States in the autumn, spreading like wildfire.

Cooke stressed the virus spread from close contact. He and other medical officials encouraged residents to avoid crowds and crowded streetcars, to cough and sneeze into handkerchiefs and to wash hands often.

City officials, like their counterparts elsewhere, responded haphazardly to the epidemic. They allowed parades to continue. Thousands of residents celebrated in the streets during a liberty loans parade on Oct. 13. The virus spread, and officials extended bans on meeting places and entertainment venues.

Cases appeared to decline by the end of October. Pool halls and movie theaters soon reopened. Students returned to school on Nov. 4. This was hasty. New infections and deaths again skyrocketed.

Cooke, with apparent frustration, stated “people will not take precautions unless they are almost forced to do so.”

He recommended residents continue to practice good hygiene and avoid crowds. Galveston schools once again closed on Dec. 5. Almost 20 percent of students were already absent. The Spanish flu epidemic eventually weakened and ended in 1920. The events of the autumn of 1918 receded into the past, until today.

The Rosenberg Library’s Galveston and Texas History Center contains publications and correspondence regarding the Spanish influenza. These materials prove the necessity of the city’s response. One hundred twelve residents died of the flu and bronchial pneumonia in October and November 1918, compared to zero deaths during the same months in 1917 and two deaths in 1919.

Young adults faced greater risk — 141 residents between the ages of 20 and 50 died in October and November 1918, compared to 49 deaths in 1917 and 40 deaths in 1919. Doctors believed social distancing and good hygiene kept these numbers from climbing, mirroring today’s response to the coronavirus.

Sean McConnell is chief archivist at Rosenberg Library in Galveston.

Good sleuthing, thank you. Not mentioned in the story but relevant to discussions in our community today. This is about treatment for the Spanish Flu:

The US government was warned 13 years ago regarding a pandemic and had all that time to prepare. WASHINGTON, March 22, 2007 (Reuters) - "An influenza pandemic on the scale of the 1918 "Spanish Flu" would inflict $700 billion in economic losses in the United States and a 5.5 percent GDP drop in a year, according to a report released on Thursday. Such a pandemic could trigger the second-deepest U.S. economic recession since World War Two, the report from the advocacy group Trust for America's Health found."

Here's the reality today with numbers that are tiny fraction of Spanish flu victims, thanks to the cautious detonation of our economy: Forbes is quoting worst case projections of economic damage as a $1.5 trillion dollar hit on GDP, or more than than twice the previously projected damage. This is a Great Depression level of economic injury. Buckle up.

In the days before antibiotics, TB patients would go out west, not only for the fresh dry air, but for what they called the "light cure", heliotherapy. There's quite a bit of interest in it again, with all the antibiotic resistant bugs.

Excellent article. Thanks for the facts. This pandemic occurred during war time. The city got through this and so will we.

If you ever visit an old cemetery it's eerie how many headstones read 1918. When I was going through some genealogy materials that I inherited I found a cache of photos and letters that belonged to a relative of my maternal grandfather, 1st Lt. Grover Pipkin, who died of the flu in a camp our west while training for the signal corps, in 1918.