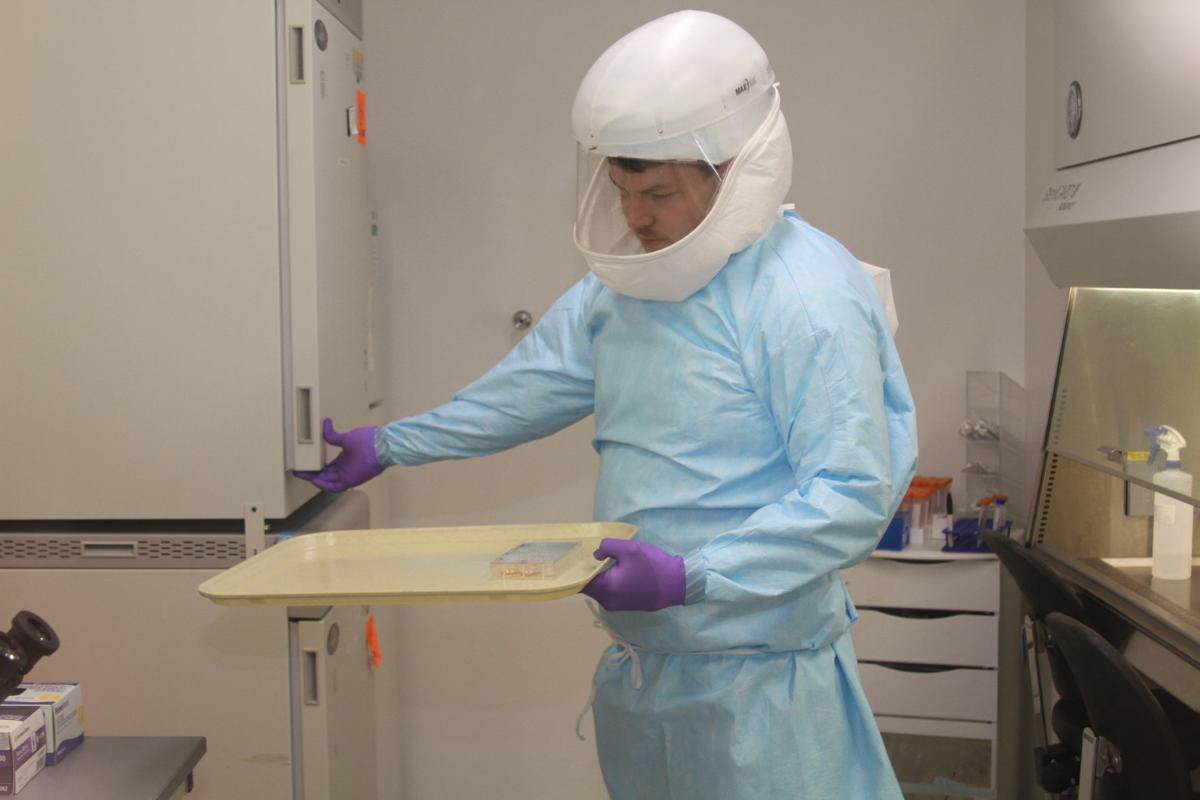 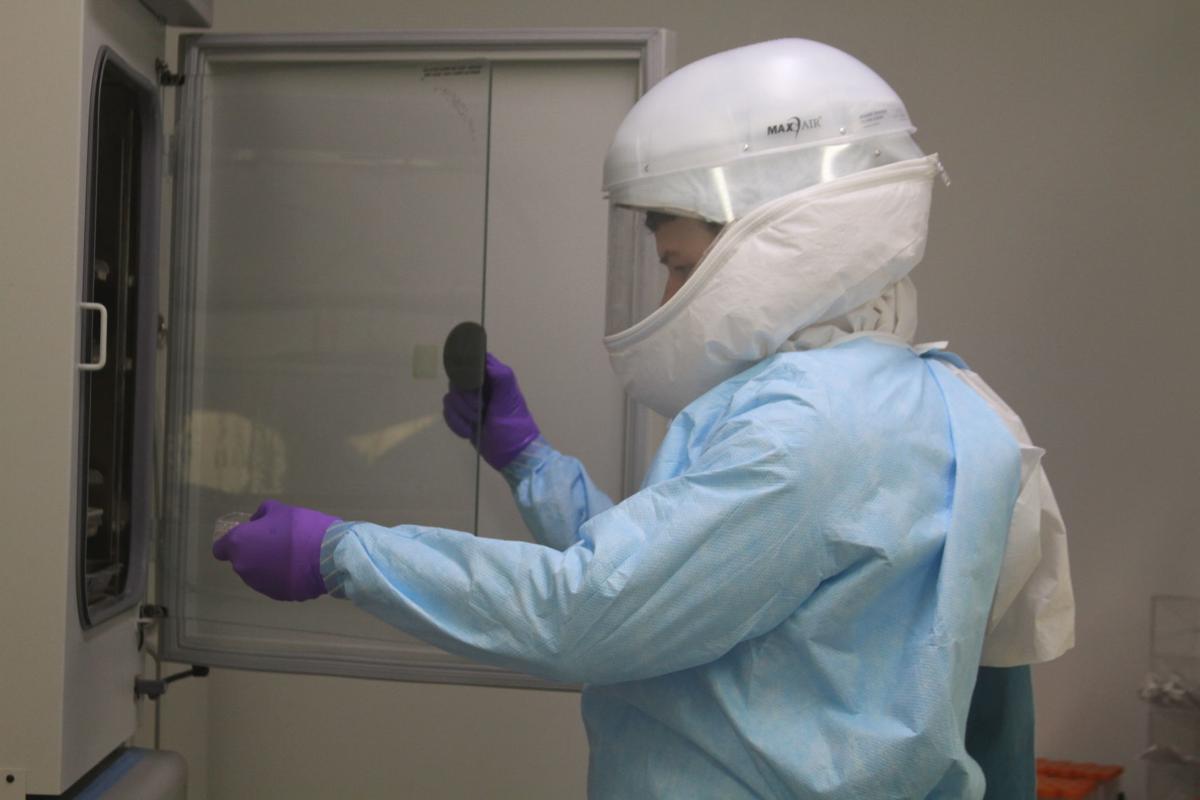 At the University of Texas Medical Branch and the Galveston National Laboratory on the medical branch’s campus, research on SARS-CoV-2, the coronavirus that causes the disease COVID-19, is in full swing.

Projects begun and, in some cases, shut down long ago have been revived and new research is being conducted in coordination with scientists across the country to quickly, safely and efficiently develop treatment and a vaccine against the new coronavirus that has paralyzed commerce around the world and killed nearly 21,000 people as of Thursday, according to the World Health Organization.

The medical branch is home to the World Reference Center for Emerging Viruses and Arboviruses, meaning that when the novel coronavirus first emerged in the United States, it was grown in cell cultures in Galveston labs for worldwide distribution.

“When the first case in Washington state was diagnosed, specimens were drawn and sent to the CDC where they isolated the virus. When they were ready to share it, they sent a sample and we were able to grow it up in a cell culture, then make small cultures, and then share it with scientists around the country and around the world,” said James Le Duc, director of the Galveston National laboratory.

“If you’re a virologist you’ve gotta have the virus to work with,” Le Duc said. “That was a major advancement, and we continue to send them out now.”

Medical branch labs are also working on developing viral antigens, chemical tools used in testing SARS-CoV-2 antibodies that may be useful in treating or preventing the disease in the future.

“Over time, when people are infected, they develop antibodies that will protect them against future infection,” Le Duc said. “We’ll be looking to use those as one of many therapeutic interventions against the virus. Unfortunately, we’re still trying to refine the seriological test. The serum is where you find the antibodies.”

A big challenge is getting samples from people known to be infected with the virus, a process that used to be simple but has become much more complicated in recent outbreaks, Le Duc said.

“I think this is a major unmet need to date,” he said.

Much progress has been made at the national lab in improving the medical center’s and Galveston County’s ability to turn around tests promptly. Where many locales around the country take two days or up to a week to turn around a test result, patients tested here can have results in 24 hours thanks to the ability of the national lab to process more samples in larger batches, using robots and other technology, Le Duc said.

Le Duc is particularly excited about a neutralization test being developed at the medical branch to see if antibodies neutralize the virus. The live virus infects cells in the lab, and over time, scientists can see if the serum kills them.

“We’ve been able to create a virus using an infectious clone and modify them in the lab with indicator labels that will show within 24 hours or less whether the virus was killed,” Le Duc said. “It’s a major step forward. We anticipate this test will be extremely valuable as we get to vaccine testing.”

The labeled virus cells will provide a rapid, consistent quantitative way of measuring patient response to the vaccine. It will also be a way to test people who’ve been infected and were asymptomatic or whose symptoms were mild to see if their antibodies can be used therapeutically.

The medical branch is also involved in clinical trials to test drugs approved for other applications, such as antiviral drug Remdesivir and the antimalarial drug chroroquine, to see if they are effective agents against COVID-19.

“We’ve signed an agreement with a major pharmaceutical company to test an entire library of drugs, some of them approved for other applications, some that failed in clinical trials, some that were never fully investigated, using the same virus with the label on it,” Le Duc said.

Medical branch labs have resurrected a line of transgenic mice developed with a special receptor site in their bodies for viruses that could become important in drug testing and vaccine development.

“That line of mice took a lot of work to develop, then we lost funding for the study they were developed for and we froze their embryos,” Le Duc said.

“We’ve recovered the embryos now and are regenerating the colony. Our hope is that in the not too distant future we’ll have access to a unique line of mice and, if we get a promising drug, roll it over to the mouse model to see if it works in an animal host.”

Kathryn Eastburn was a reporter at The Daily News from September 2018 to May 2020.