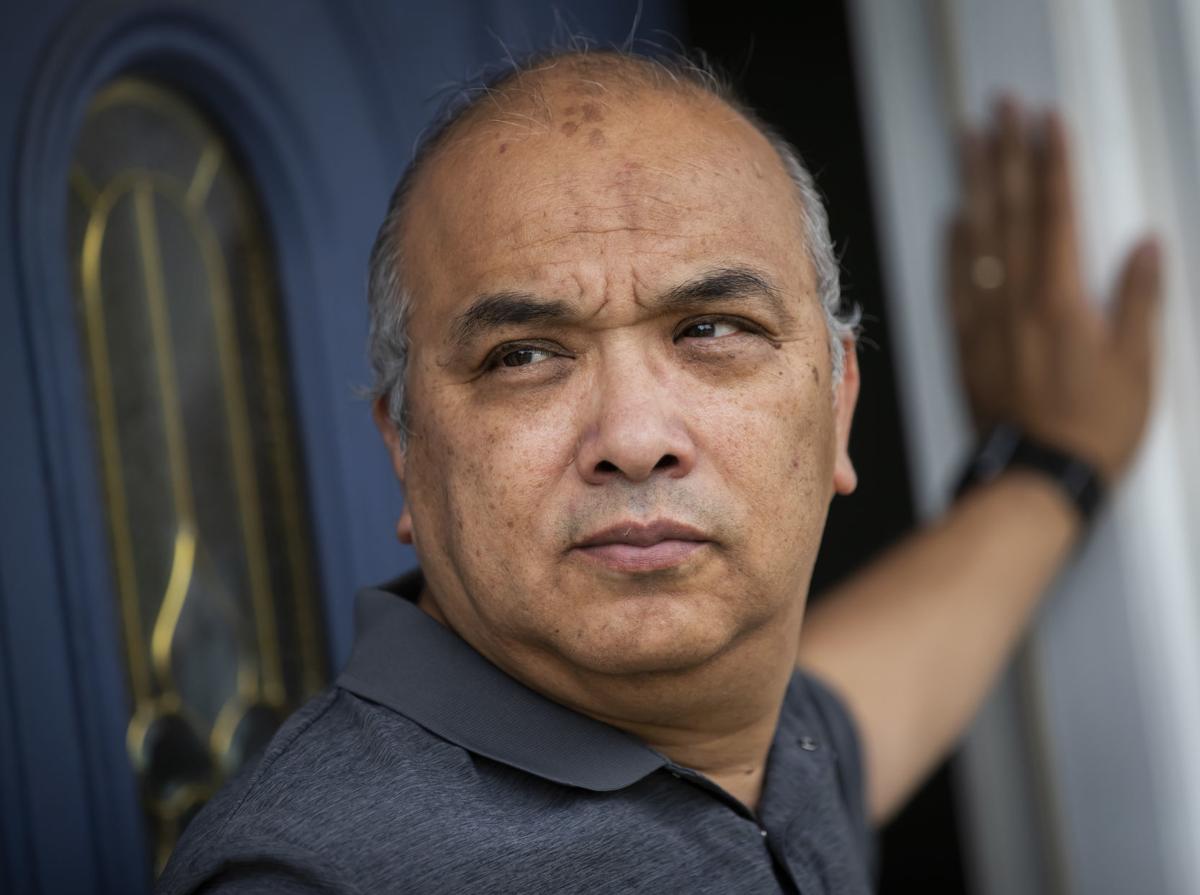 “Instead of being fearful, we have to educate people about what’s been going on.” — David Gomez, pastor of New Life Church in Galveston. 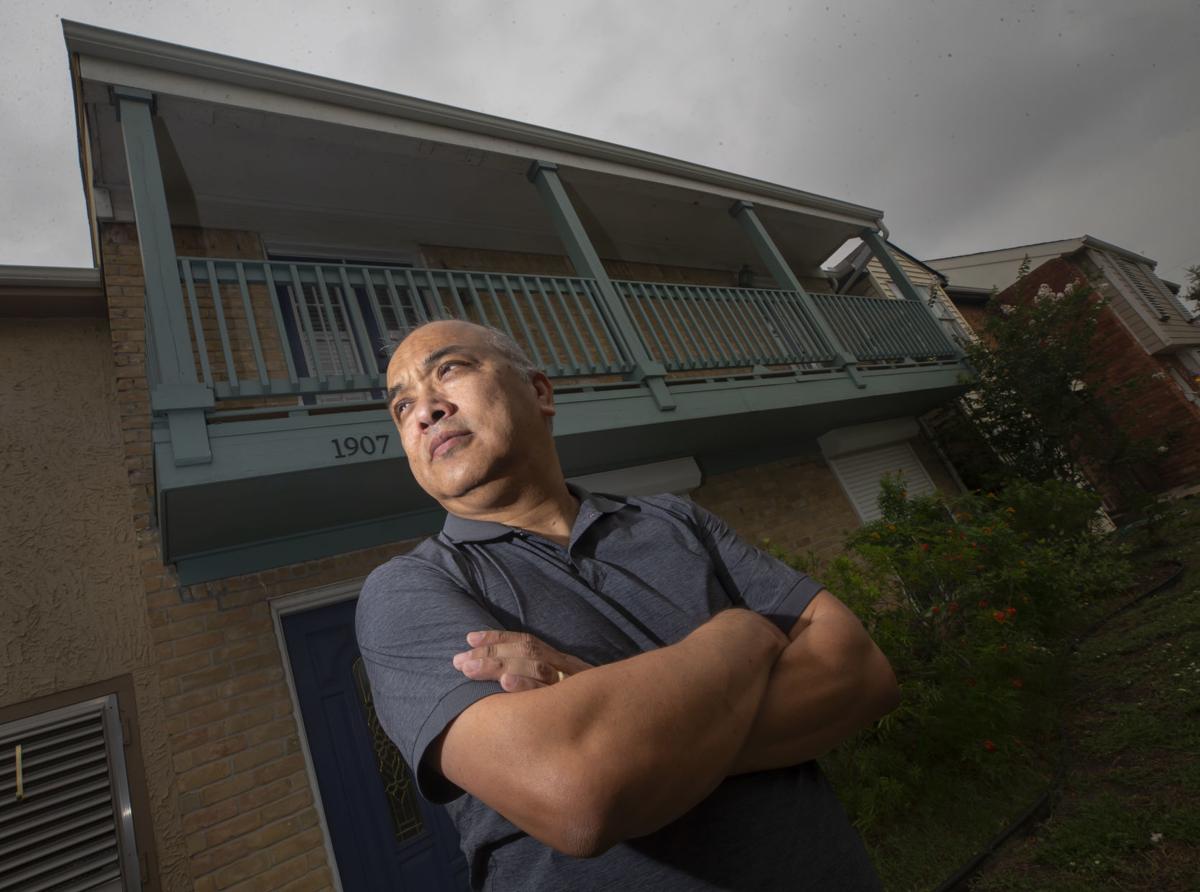 Pastor David Gomez of New Life Church in Galveston said he has seen a rise in COVID-19 cases among his congregants, many of whom are Hispanic.

“Instead of being fearful, we have to educate people about what’s been going on.” — David Gomez, pastor of New Life Church in Galveston.

Pastor David Gomez of New Life Church in Galveston said he has seen a rise in COVID-19 cases among his congregants, many of whom are Hispanic.

David Gomez sees it in his congregation.

Pastor at Galveston’s New Life Fellowship Church, Gomez normally holds three Sunday services a week. Two of those services are in Spanish for a congregation he estimates is 60 percent Hispanic.

Increasingly, Gomez has been talking to congregants who have been diagnosed with COVID-19 or who have a family member or co-worker who has it, Gomez said.

The trend has been noticeable in the past month, he said.

Gomez had to close the church’s day care business because one of the parents was confirmed to have the virus, and he has posted messages to church members telling them to stay away from Sunday service if they know someone who’s sick.

He’s not imagining things. Although the recent growth in COVID-19 cases has affected all ethnic groups in Galveston County, the increase in the county’s Hispanic population has been particularly dramatic.

A POINT OF CONCERN

Increases in COVID-19 in Latino communities have been a point of concern for advocacy groups, which note that the side effects of the pandemic disproportionally affect Hispanic people.

A Pew Research poll in April found that 49 percent of Latino adults had to take pay cuts or lost jobs because of COVID-19, compared with 33 percent of all Americans. The same poll noted that Hispanic people in the United States also are generally younger than other demographics and work in lower-wage jobs — the same groups that are now seeing the biggest increases in cases.

Public health and government officials have characterized the latest growth in COVID-19 in various ways. Much talked about is the growth in cases among young people. People under the age of 40 now make up the majority of COVID-19-positive cases in the county.

There also has been an apparent increase in infections among people who work in the local service industry, which has led some local restaurants to close as their staffs are tested and facilities cleaned.

But local officials have been less vocal about the increase in cases among ethnic groups.

Dr. Philip Keiser, Galveston County’s local health authority, said Friday the health district wasn’t doing specific outreach about COVID-19 based on demographic groups and largely was focused on communicating with businesses about how to help slow the spread of the virus.

But Keiser did draw one connection about how infections in work places might affect certain communities in larger numbers.

“This is turning out to be a disease of families,” Keiser said

For instance, a Hispanic maintenance worker at a hotel in Galveston became infected with the virus, Keiser said. That person went home to a big birthday party over the weekend and infected his family.

“We’re seeing this sort of thing over and over again,” Keiser said.

Still, the increase in cases among Hispanic people worries some who work regularly with the Hispanic community. Joe Compian, the co-chair of the civil rights committee for Galveston’s chapter of the League of United Latin American Citizens, said he has noticed an apparent lack of knowledge, or caution, at some events when he was interacting with immigrants or people who don’t speak English.

At one recent food drive event, Compian had to urge people he described as undocumented immigrants not to hug him as they normally did, he said.

At the time of the interview, Compian hadn’t been aware of the increase in cases in Latino communities, but he wasn’t surprised, he said.

Generally, there are fewer health care and information resources for people who don’t speak English, Compian said. That’s not a problem unique to COVID-19, he said.

“I think we lack that in a lot of organizations in the county,” Compian said.

Compian hoped to organize a mass testing effort in Galveston through the Mexican consulate in Houston, he said. A similar testing drive on Sunday in Houston drew more than 1,000 people, he said.

Gomez agreed and said he had been adding health messages to his sermons. He has told his congregants that he has been tested for COVID-19 and that the procedure is safe and easy.

Still, he said there has been some resistance to being testing or taking time off time to quarantine.

“It’s a big financial issue,” Gomez said. “A lot of Hispanics are working in construction, hotels or restaurants. They don’t go to work, who’s going to pay the bills?”

This illistrates the value of speaking English. Poor communication is infecting some Latins.

Or perhaps it's where they get information. It might not be the same places you and I are informed about current events.