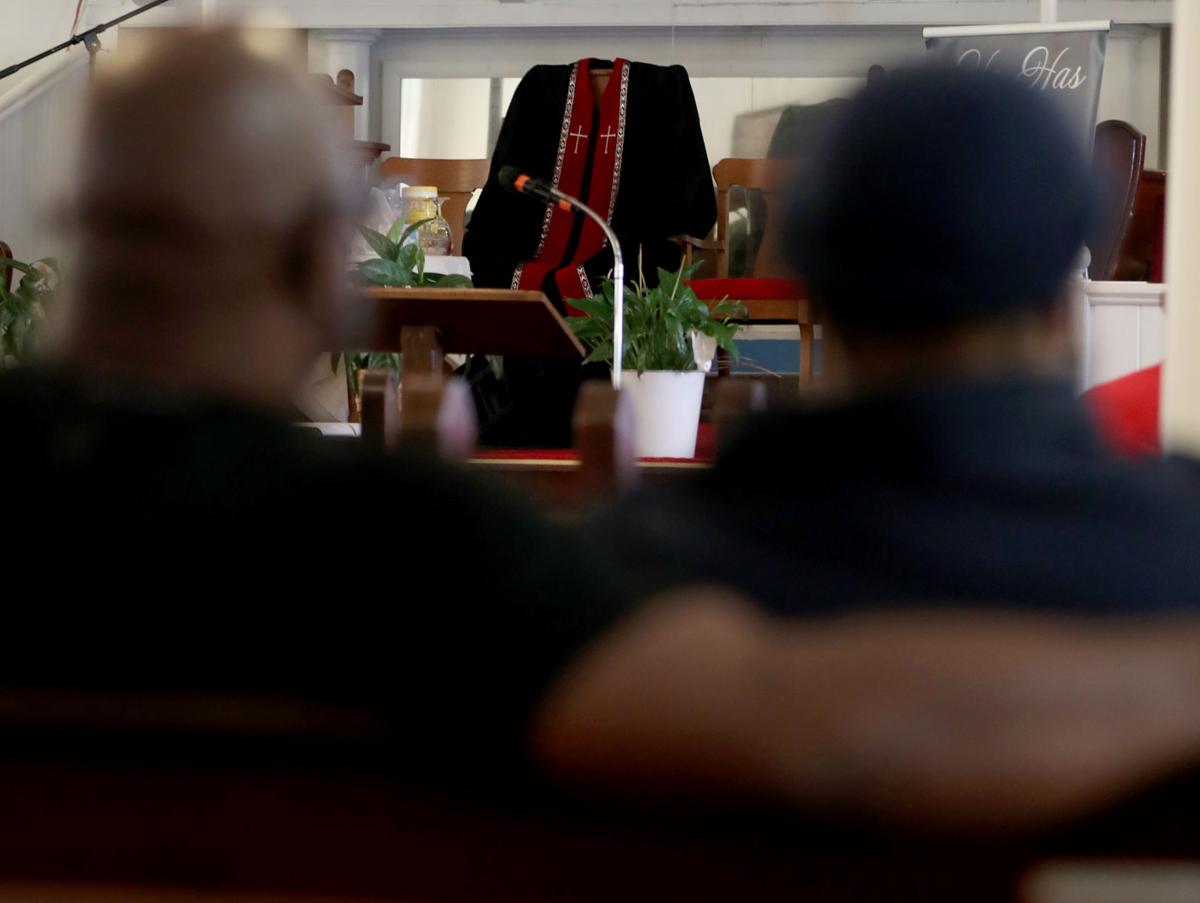 The Rev. E.R. Johnson’s robe is draped over his chair at Avenue L Missionary Baptist Church in Galveston on Wednesday, April 28, 2021, as the congregation and community members gather in prayer to remember Johnson, the long-time pastor at the church and a city councilman. 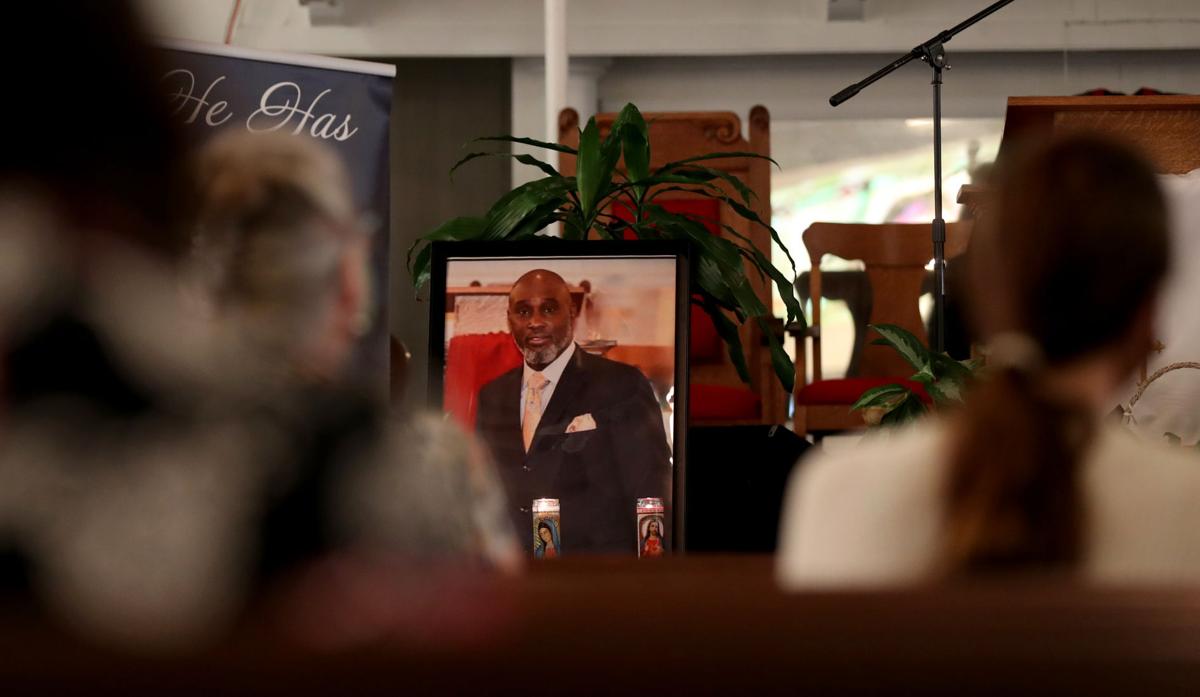 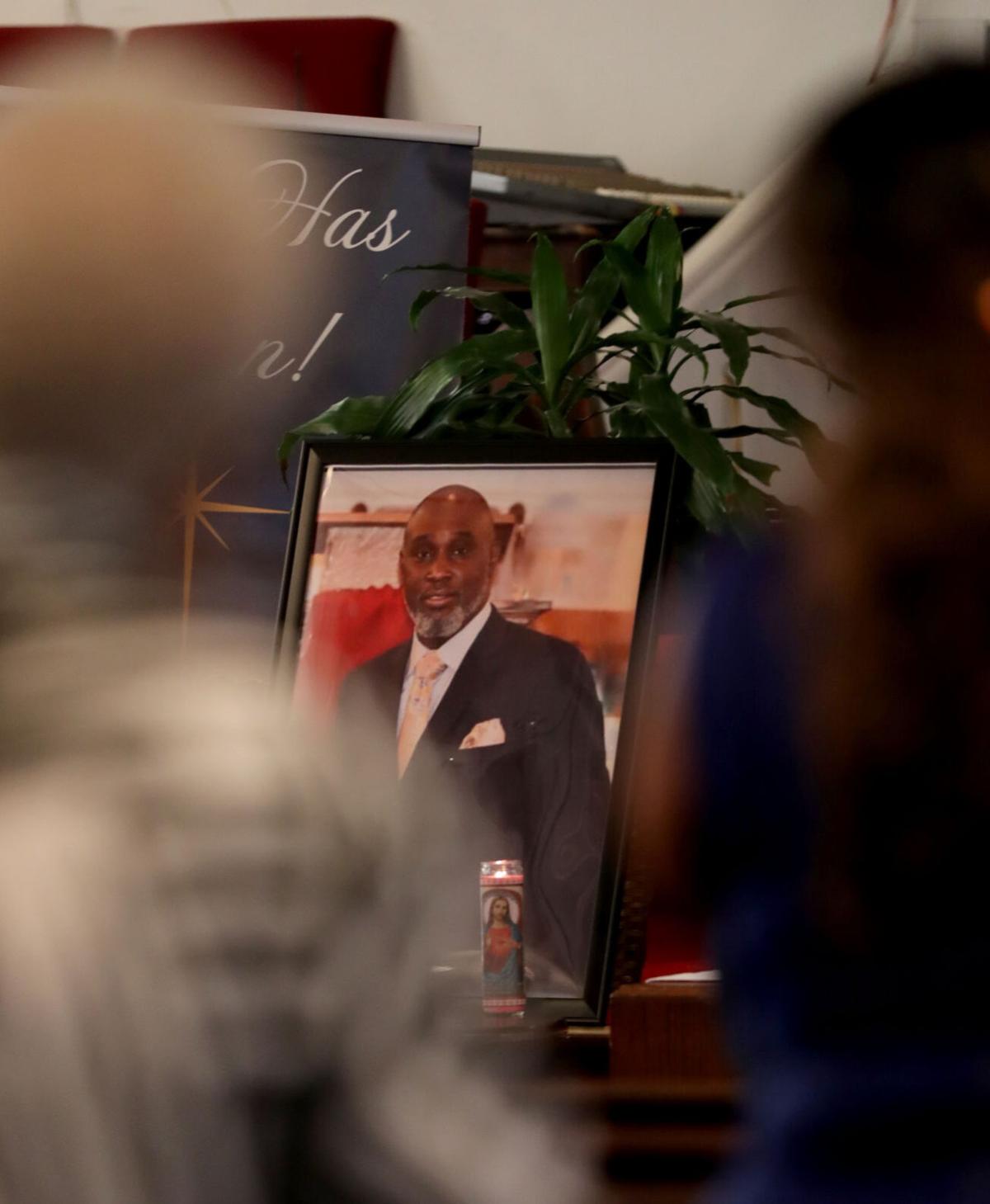 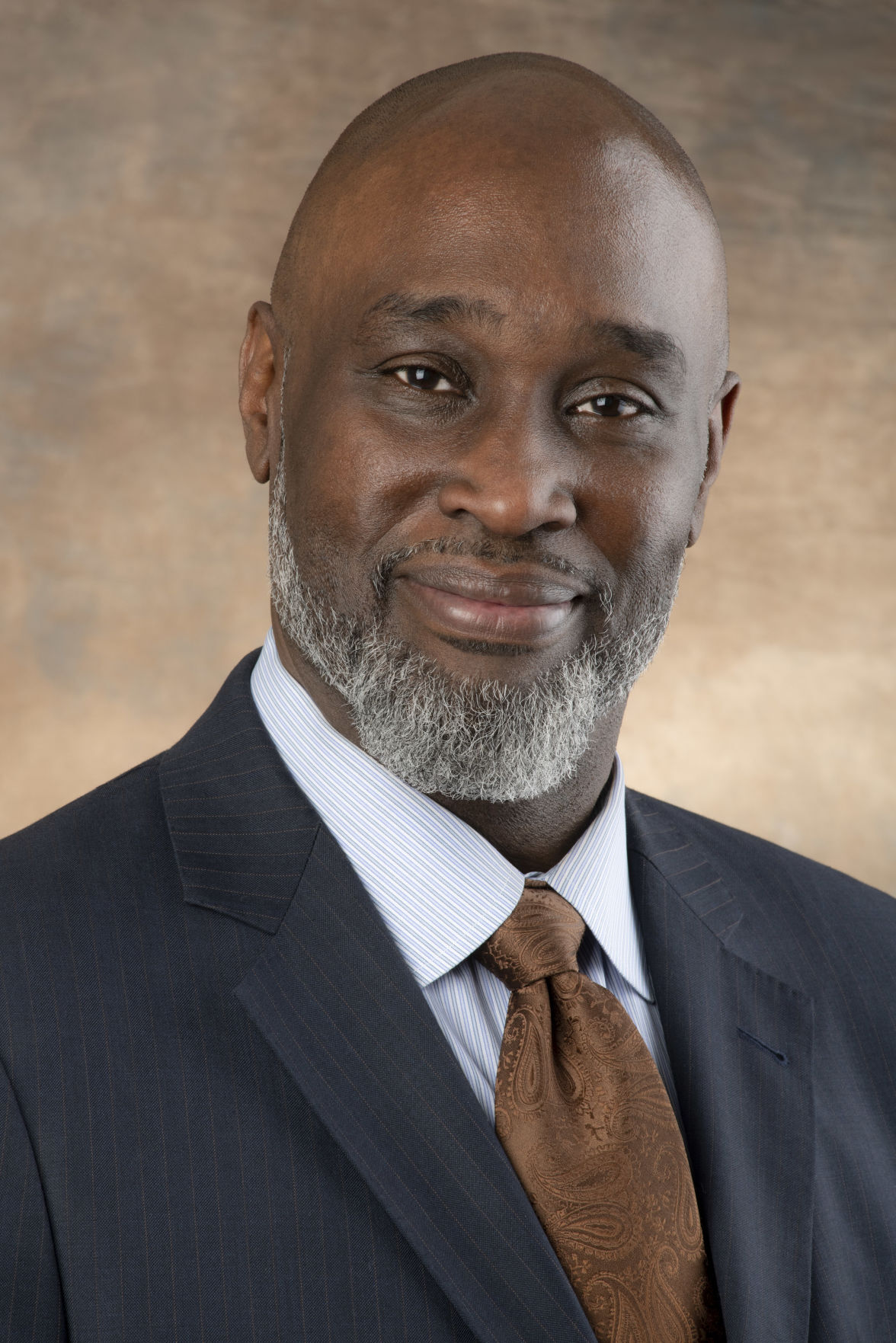 The Rev. E.R. Johnson’s robe is draped over his chair at Avenue L Missionary Baptist Church in Galveston on Wednesday, April 28, 2021, as the congregation and community members gather in prayer to remember Johnson, the long-time pastor at the church and a city councilman.

Johnson, 56, had been hospitalized for weeks before and after the surgery.

“He left a tremendous legacy,” said Jeremiah Narcisse Sr., the associate minister at Avenue L Baptist Church. “He gave his all every single week.”

Johnson died about 1:30 a.m. Wednesday after his recovery took a downward turn, Narcisse said, adding that Johnson’s condition had fluctuated significantly after he’d gone into surgery two weeks ago.

“It was an up-and-down roller-coaster situation,” Narcisse said. “His situation was always critical.”

Johnson’s wife, Bridgette Johnson, confirmed last week he had been hospitalized with complications after undergoing a lengthy triple bypass surgery.

Doctors had discovered an irregularity in Johnson’s heartbeat during a routine check-up in early April, Narcisse said.

Originally from Beaumont, Johnson had been a pastor at Avenue L Baptist, 2612 Ave. L., since 2008, Narcisse said.

“His whole sole purpose in ministry was to help transform people’s lives,” he said. “He always, always gave glory to God.”

Church leaders led the attendees in prayer and song. Those in attendance remembered him as a kind and dedicated man.

“Galveston County has some great Black men and E.R. Johnson was at the top of my list,” said community member Lawanda Ward, who spoke during the service. “Every time I went to Pastor Johnson and said ‘Pastor, I need your help,’ he never said no.”

Johnson had been committed not only to the community of Avenue L Baptist but to the whole island, Narcisse said.

Narcisse recalled that after Hurricane Ike in 2008, Johnson opened up Avenue L Baptist to all island churches for worship, since the building hadn’t sustained major damage. Johnson also made sure offerings given by attendees went to their home churches, Narcisse said.

Johnson also had been owner for decades of Field-Johnson Family Mortuary.

Galveston resident Kennisha Allen knew Johnson before he became pastor at Avenue L. She’s been a member of the church since the 1970s, she said.

Learning of Johnson’s death was a shock, she said.

“He would always tell us to trust God and trust the process,” Allen said. “It seems like this is a little bit more than we can bear.”

Even the day before his surgery, Johnson joined a virtual youth group meeting, she said.

Normally, Johnson is the one to offer comfort in times of need, she said.

“You’re looking to pastor Johnson to be that comfort, but he’s the one now that’s gone,” Allen said.

Johnson had been elected in November as District 1 representative and was committed to his role of making the city better, Galveston Mayor Craig Brown said.

“He was one of those individuals that you just felt good around,” Brown said. “He had a wonderful spirit, wonderful commitment to the community.”

Johnson was absent from April 8 and April 22 city council meetings because of the surgery. The city announced his death Wednesday in a statement.

“Rev. Johnson was a fine man who served the Lord and his community with love and respect,” City Manager Brian Maxwell said in the statement. “I am blessed to have had the opportunity to work with him.”

The city will hold a special election to fill the District 1 seat and is working with the county on when exactly that will be, Brown said. The election will likely be in July, but details were yet to be worked out, he said.

A very good and generous man. A sad day for our community. Our thoughts and prayers are with his family as well as his Church family. His bless him.

Sincere condolences to the family and to the Galveston community.