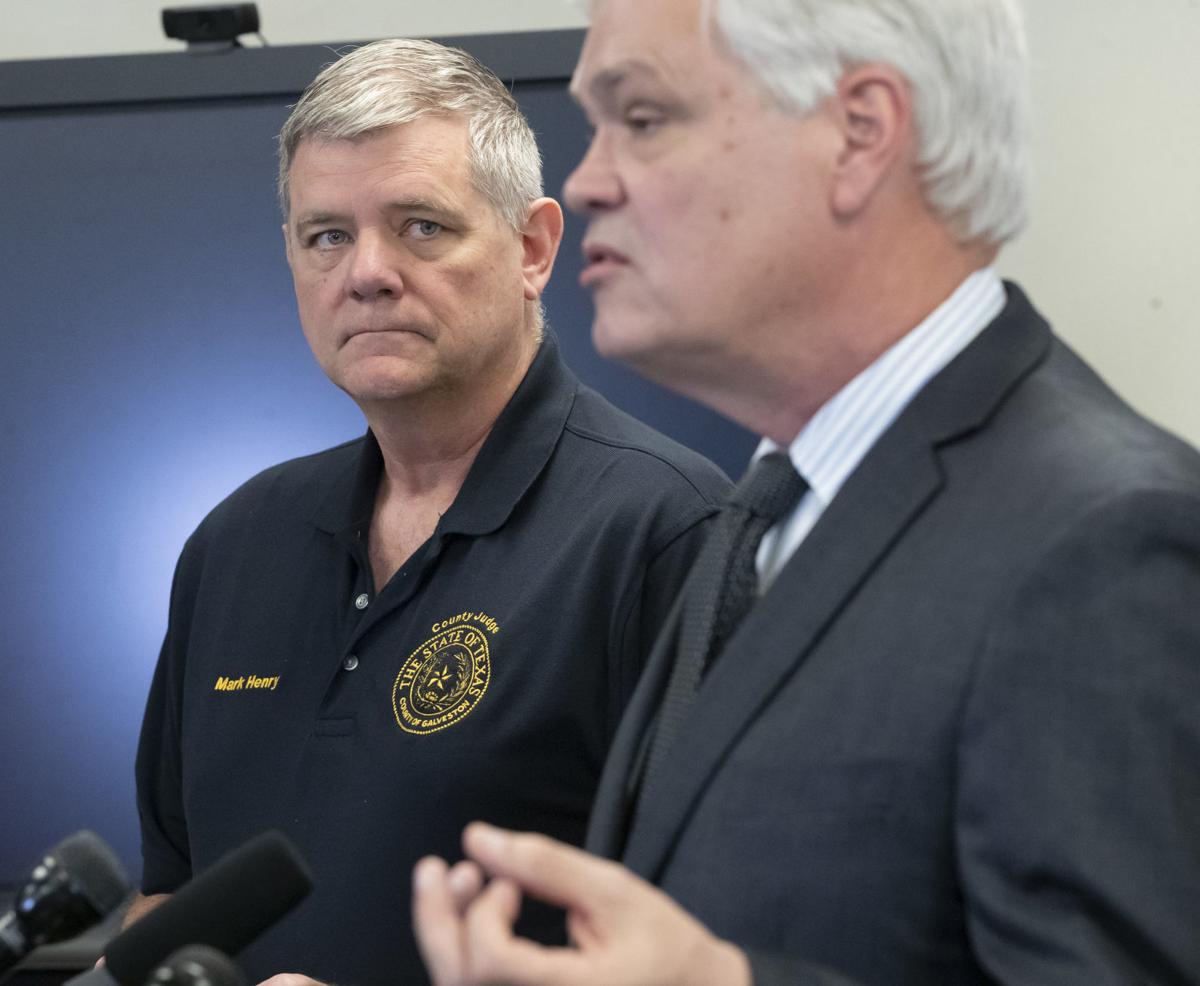 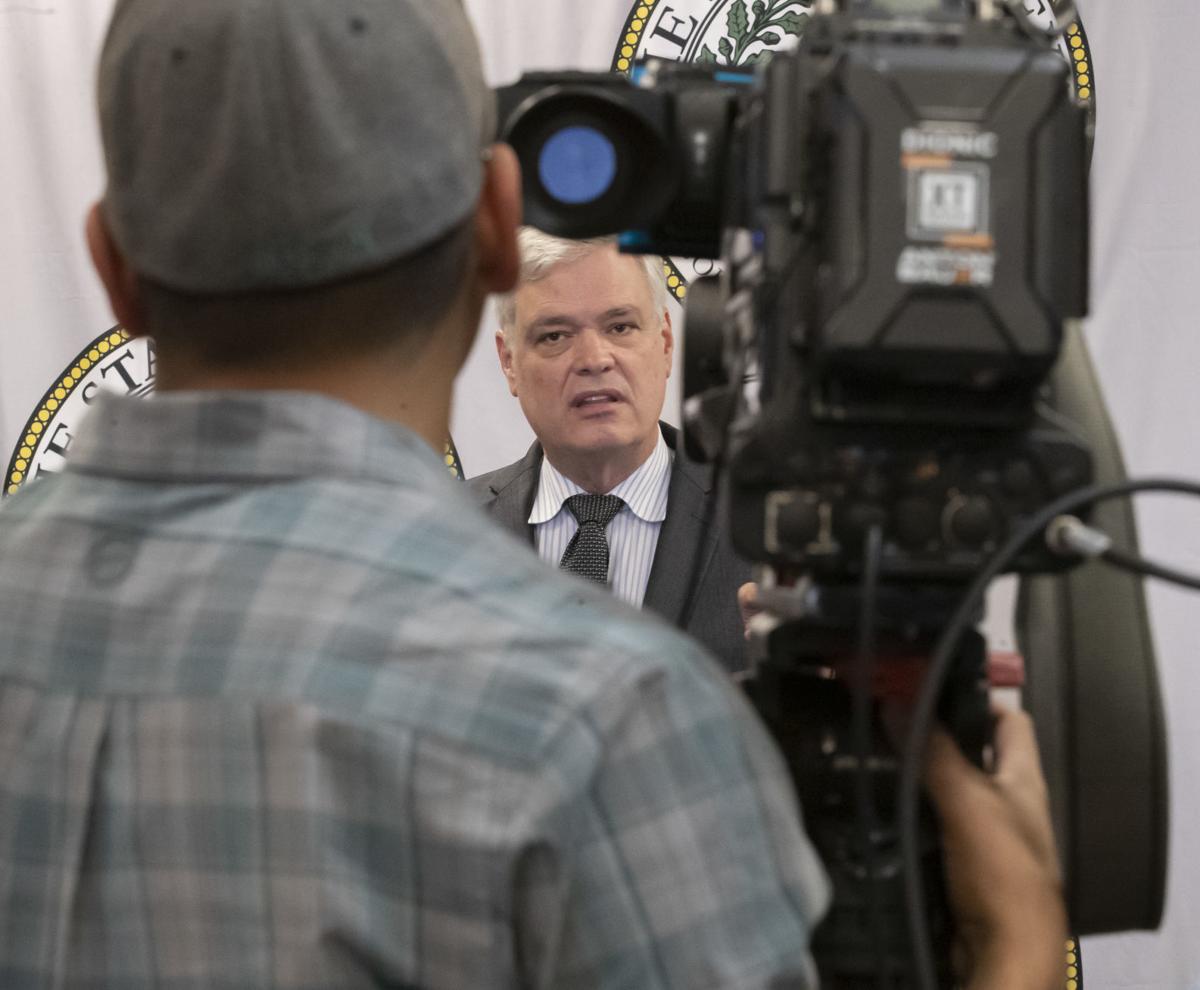 Galveston County local health authority Phillip Keiser speaks at a press conference Friday, March 13, 2020, announcing the first presumed positive coronavirus test on a person from Galveston County. The woman, in her 30s, resides in northern Galveston County but is in self-quarantine in Austin. 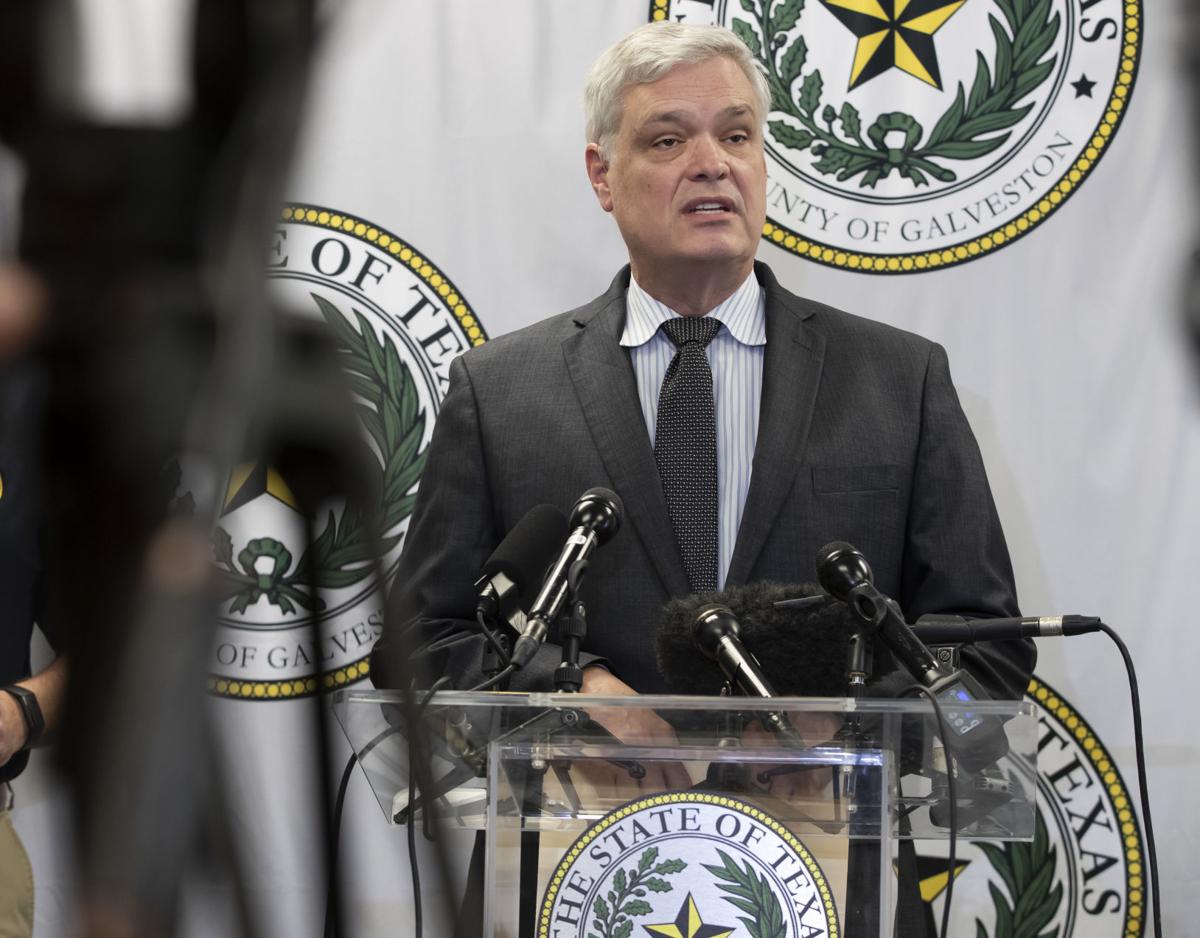 Galveston County Local Health Authority Phillip Keiser speaks at a press conference Friday March 13, 2020, announcing the first presumed positive coronavirus test on a person from Galveston County. The woman, in her 30s, resides in northern Galveston County but is in self-quarantine in Austin.

Galveston County local health authority Phillip Keiser speaks at a press conference Friday, March 13, 2020, announcing the first presumed positive coronavirus test on a person from Galveston County. The woman, in her 30s, resides in northern Galveston County but is in self-quarantine in Austin.

Galveston County Local Health Authority Phillip Keiser speaks at a press conference Friday March 13, 2020, announcing the first presumed positive coronavirus test on a person from Galveston County. The woman, in her 30s, resides in northern Galveston County but is in self-quarantine in Austin.

A Friendswood woman sick with a fever and cough drove to Austin at the end of last week. After days of feeling unwell, the woman went to a doctor and learned she had presumptively contracted the coronavirus.

The Galveston County Health District announced the woman’s tentative diagnosis the same day that President Donald Trump and Texas Gov. Greg Abbott issued national and state emergency declarations because of the spread of the coronavirus, also known as COVID-19.

At the same time, Galveston County Judge Mark Henry urged residents to stay calm and informed about news of the diagnosis.

The woman, who was not named and who was in self-isolation in Travis County as of Thursday, was the first local person to be presumptively diagnosed with the coronavirus.

And while local health officials stressed the woman had spent most of the last week in a different part of the state, they also said they had begun tracking down local residents who might have had contact with her.

A presumptive positive result is when a patient has tested positive by a local public health laboratory but those results are still pending confirmation at a U.S. Centers for Disease Control and Prevention lab, according to the CDC.

Later in the day, however, the city of Friendswood announced the woman is a Friendswood resident.

She is one of at least 50 people in Texas who has tested positive for the virus, officials said.

Phillip Keiser, Galveston County’s local health authority, said that despite the woman’s diagnosis there was no evidence of community spread of the virus within Galveston County.

“This is a rapidly evolving situation,” Keiser said. “We understand this presumptive positive case may concern our community, but at this time there is no evidence of community spread.

“The immediate risk for Galveston County residents remains low. We have worked very hard planning and preparing for this moment. There are steps in place to safeguard the community.”

The woman’s infection appeared directly linked to a presumptive positive case in Montgomery County involving a man in his 40s, according to the health district.

The woman came into contact with the Montgomery County man sometime in early March and began showing symptoms — fever and a cough — on March 5, Keiser said.

She left Galveston County traveling by car for Austin on March 6, he said.

After several days in Austin, the woman sought medical care because of her symptoms. On Wednesday, she was tested by the Austin Health Department. Galveston County was informed about the presumptive diagnosis about 11:30 p.m. Thursday, officials said.

The woman was in Galveston County for at least a short period while she was showing symptoms, Keiser said.

“She is not in our county right now, and she had fairly limited contact while in the county,” Keiser said.

The health district is conducting an investigation and working to identify people who came in close contact with the woman, Keiser said.

The district does not believe the woman came into contact with people who are at high risk for coronavirus, Keiser said.

It’s possible that people who came into contact with the woman would be asked to self-isolate, Keiser said. But only people who have had contact and are showing symptoms will be tested for the virus, he said.

“Being in contact is not enough to get a test,” Keiser said. “There’s no point in trying to get a medical test until we have a medical reason to do so.”

The woman was being “very cooperative” with the health district and giving epidemiologists information about where she has been and who she had been in contact with, Keiser said.

“We’re very good at this,” Keiser said about the health district’s ability to track down potential contacts. “We do this with tuberculosis all the time and it never makes the news.”

The health district limited the information it was releasing about the woman in order to protect her privacy, Keiser said.

Henry urged county residents to stay calm in the face of the diagnosis and advised that people with concerns about their exposure to the virus call the health district’s information center. The county was increasing the number of staff members at the call center on Friday, he said.

“Please call,” Henry said. “We think a lot of people who are calling in and are becoming very reassured.”

The unnamed woman went to Austin shortly after she began coughing and running a fever and remains there, officials said.

Presumptive case in Galveston County but the lady is in Austin??? Humm... a little misleading!

She lives in Galveston County, was in contact with the case in Montgomery County, and is now positive, and in Austin.

I read the story. Maybe the initial writing was a bit premature. Seems clearer now, since the story was updated and hour ago.