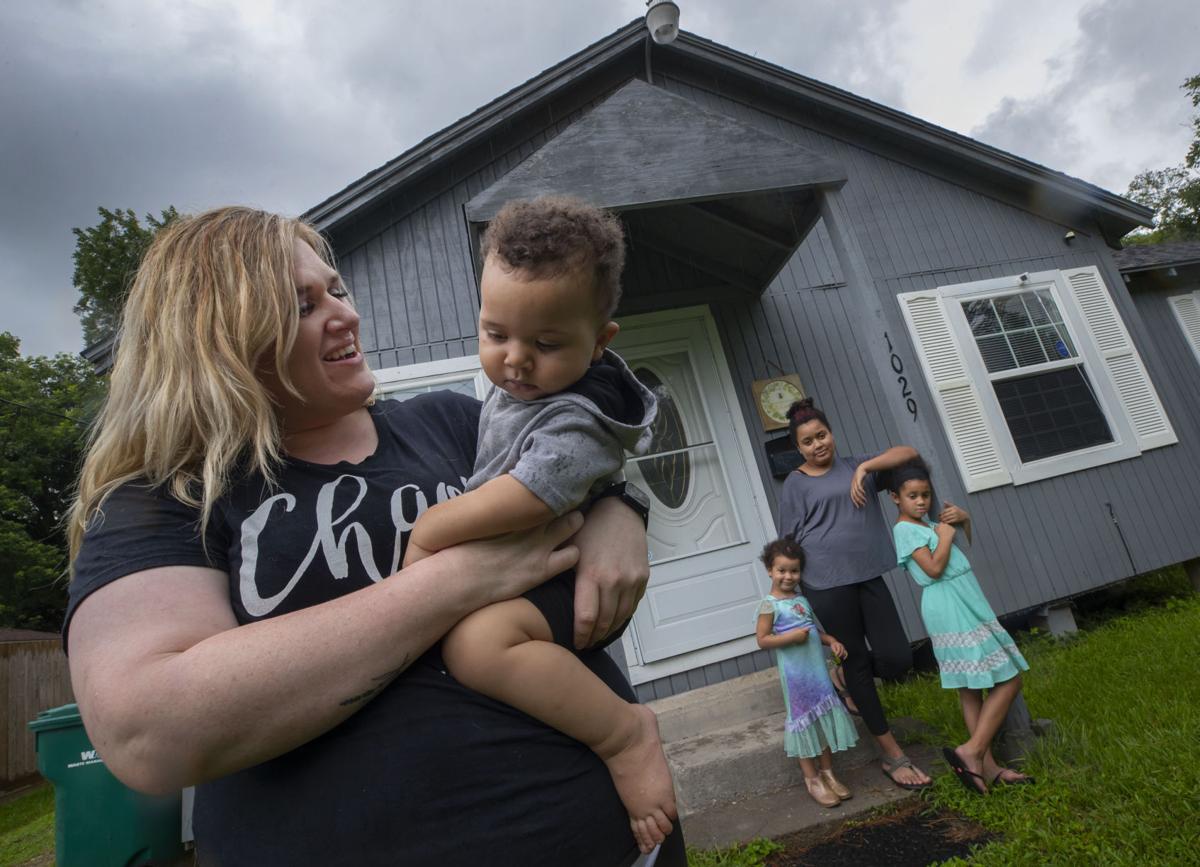 Jami Daniels and her husband, Mason, not pictured, moved with their children, from left, Noah,1, Luna, 3, Nyah, 11, and Thea, 7, to La Marque from Washington state. 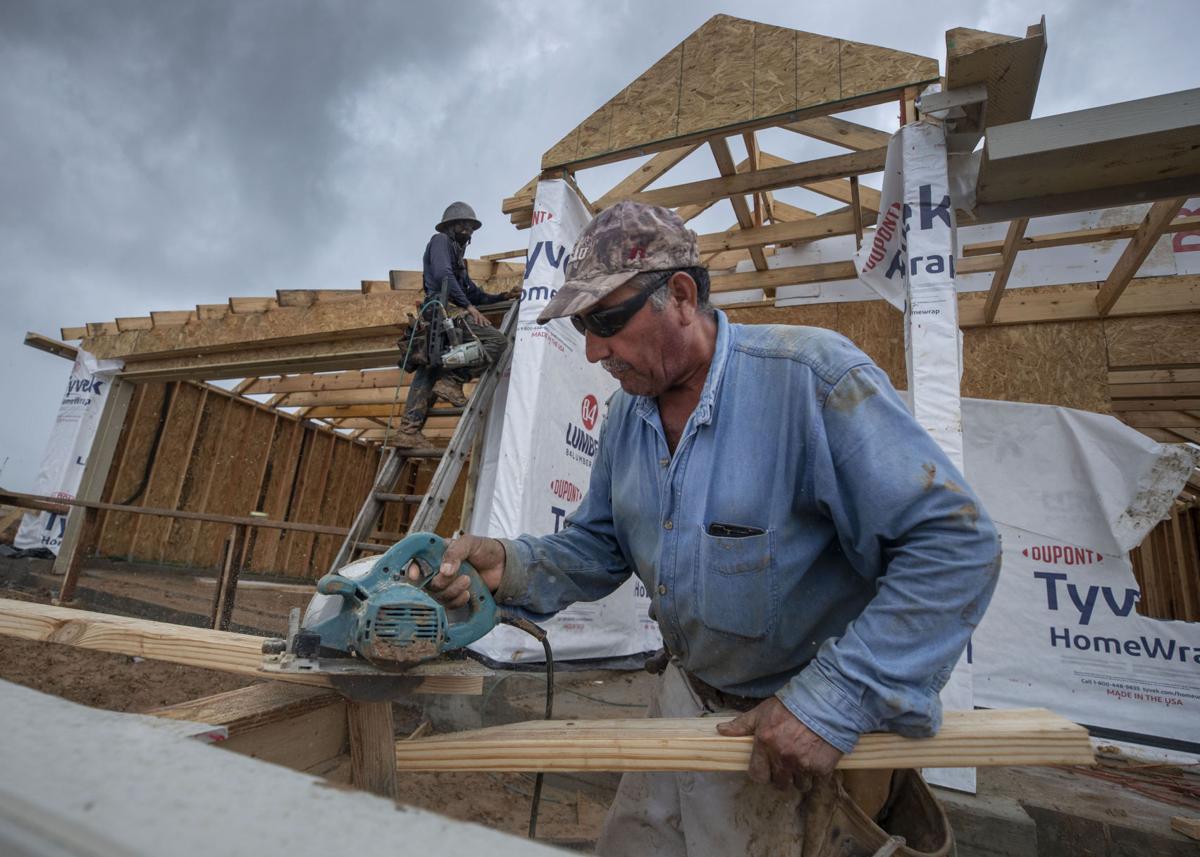 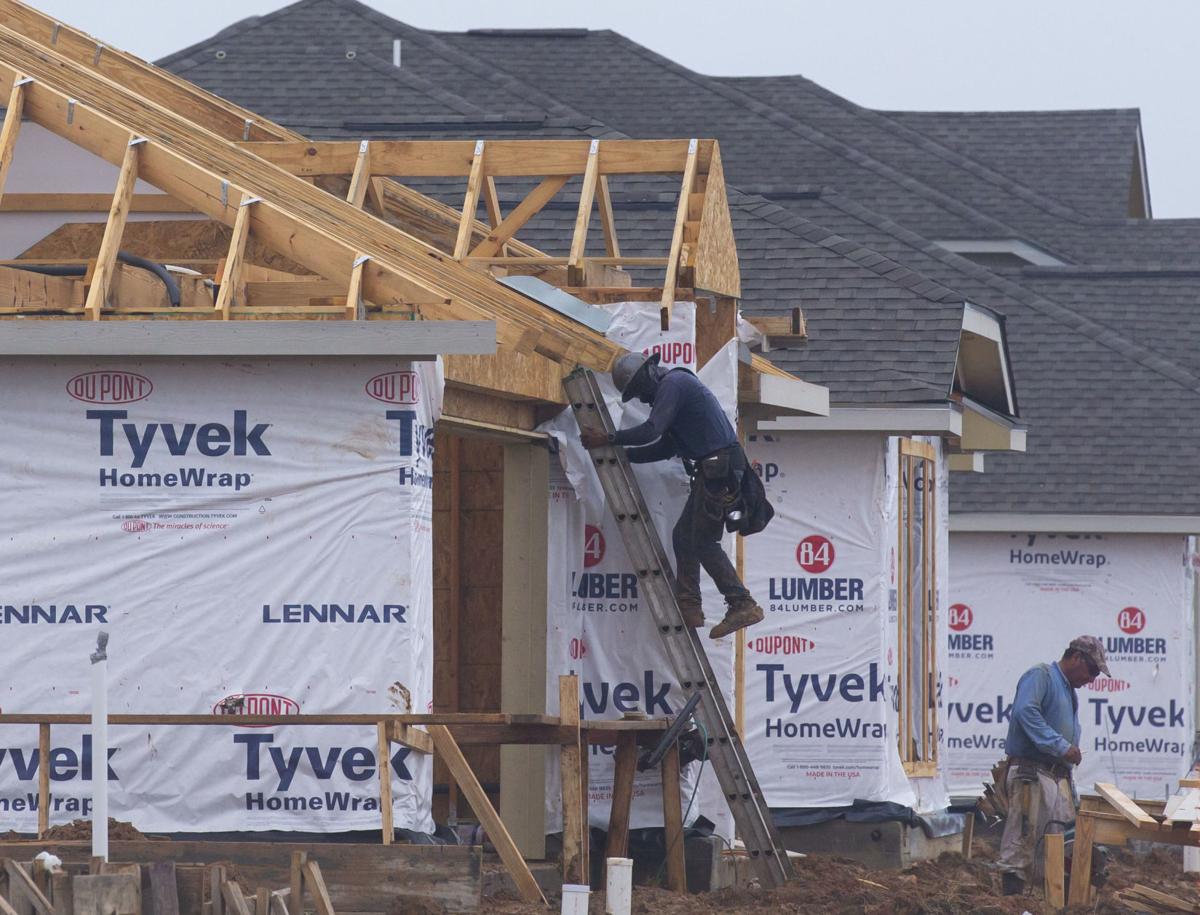 Construction continues in the Delany Cove subdivision in La Marque on Friday, July 9, 2021.

Jami Daniels and her husband, Mason, not pictured, moved with their children, from left, Noah,1, Luna, 3, Nyah, 11, and Thea, 7, to La Marque from Washington state.

Construction continues in the Delany Cove subdivision in La Marque on Friday, July 9, 2021.

Jami Daniels moved to La Marque last year because she wasn’t happy about the way things were going in Washington state.

Compared to Texas, the Pacific Northwest was undertaking stricter COVID-19 precautions, which Daniels said she felt were too restrictive. Between that and the cost of living, Daniels and her family started looking for a better place to live.

They found that in La Marque, she said.

“We looked at houses from League City and Webster to Galveston and we looked for where the price was right,” Daniels said. They found a house in La Marque on an acre of land that rented for less than half of what it would cost in her former state.

“We kind of found the perfect house,” Daniels said. “It was mainly about the cost of living and a culture change for our kids.”

In the first 12 months of the pandemic, more people moved into La Marque’s ZIP codes than almost any other city in Galveston County, according to data released by the U.S. Postal Service.

Between March 2020 and February 2021, 2,444 people notified the postal service they were changing their permanent home address to an address in La Marque’s 77568 ZIP code. In the same time period, 1,885 people informed the Post Office they were permanently leaving the city.

In total, 559 more people moved to the city than left it.

Only booming League City gained more new residents, 725, during the same period, according to the Postal Service data.

Parts of Galveston County, especially on the mainland, have been growing for years as development has spread south from Harris County.

That League City’s population grew isn’t too surprising, said Michelle Hatmaker, the owner of Real Living The Hatmaker Group, a real estate company based in Galveston. Galveston County’s most populated city has been among the fastest-growing cities in the country in recent years.

La Marque is more interesting, Hatmaker said. The city generally has been considered a sleepy town and has struggled in the past against a bad reputation about crime and education.

“La Marque has worked diligently with the economic development to get back on track,” Hatmaker said. Homes in the newly built Lago Mar development are in the La Marque zip code, Hatmaker said, and the city’s recently announced Amazon warehouse might also be drawing interest from new residents.

“I just went under contract with a Coast Guard family, and they specifically asked for La Marque,” she said. “I never personally saw a lot of transactions in or out of La Marque. That’s kind of one of those little sleepy towns that nobody paid attention to. But they’ve worked really hard to change that.”

La Marque Mayor Keith Bell wasn’t surprised by the numbers and noted the city’s population has been growing for some time, he said.

Bell said he thought one of the biggest draws in La Marque was its position between family attractions and major job centers such as Galveston, Kemah and Houston.

Also notable in the population shift data is when the moves happened.

Between March and May 2020, more than 760 people changed their permanent address to La Marque, the highest three-month total reported in the city since the beginning of 2018.

During the pandemic, millions of people fled major metropolitan areas in favor of living in cheaper, less densely populated places.

According to a June report from Zillow, the real estate website, the average person who moved long distance in 2020 moved to a ZIP code where home values were $27,000 lower than where they came from and where homes were 33 square feet larger on average.

Those statistics might explain why not every community in Galveston County saw growth. In Galveston, where housing costs generally are more expensive, more people reported moving their permanent address out of the city than moved in.

Some of the pandemic flux might not be permanent, however.

Marty McKeever was a computer engineer for a bank in North Carolina. His employer asked him to work from home in March 2020. In the middle of a divorce and with the ability to move anywhere to work, McKeever looked for a place near the water, he said.

He ended up in Galveston.

“For the duration of COVID, I could live anywhere,” McKeever said. “I wanted to live near the beach, where I could walk out my front door and catch fish on my lunch break.”

But McKeever considered himself a short-time islander, he said. Once his bank goes back to in-office work, he thinks he’s going to have to move away again. At least, he thinks he will.

“Crazy things happen here,” McKeever said. “This island’s a little wild. I’m embracing it and taking it day by day.”

Population changes in Galveston County from March 2020 to February 2021

For LaMarque, getting the school district in order couldn’t have hurt.

If Lago Mar was counted for LaMarque population explains why the population growth there. The old part of LaMarque is dying and City Council about to implode.

The pictured construction and growth is in Delany Cove; City of La Marque, Hitchcock ISD.

Interesting use of the statistics - ZIP Codes. Wonder what the "Official Count" by the 2020 Census will show? Just my thoughts.

Something does not seem to "square." This statement notes that "Homes in the newly built Lago Mar development are in the La Marque zip code,..." However, my understanding is that "Lago Mar is a 2,033-acre master-planned community in rapidly growing Texas City." So, the information using ZIP Codes to assess City growth or shrinkage seems incongruent. Juts my thoughts.