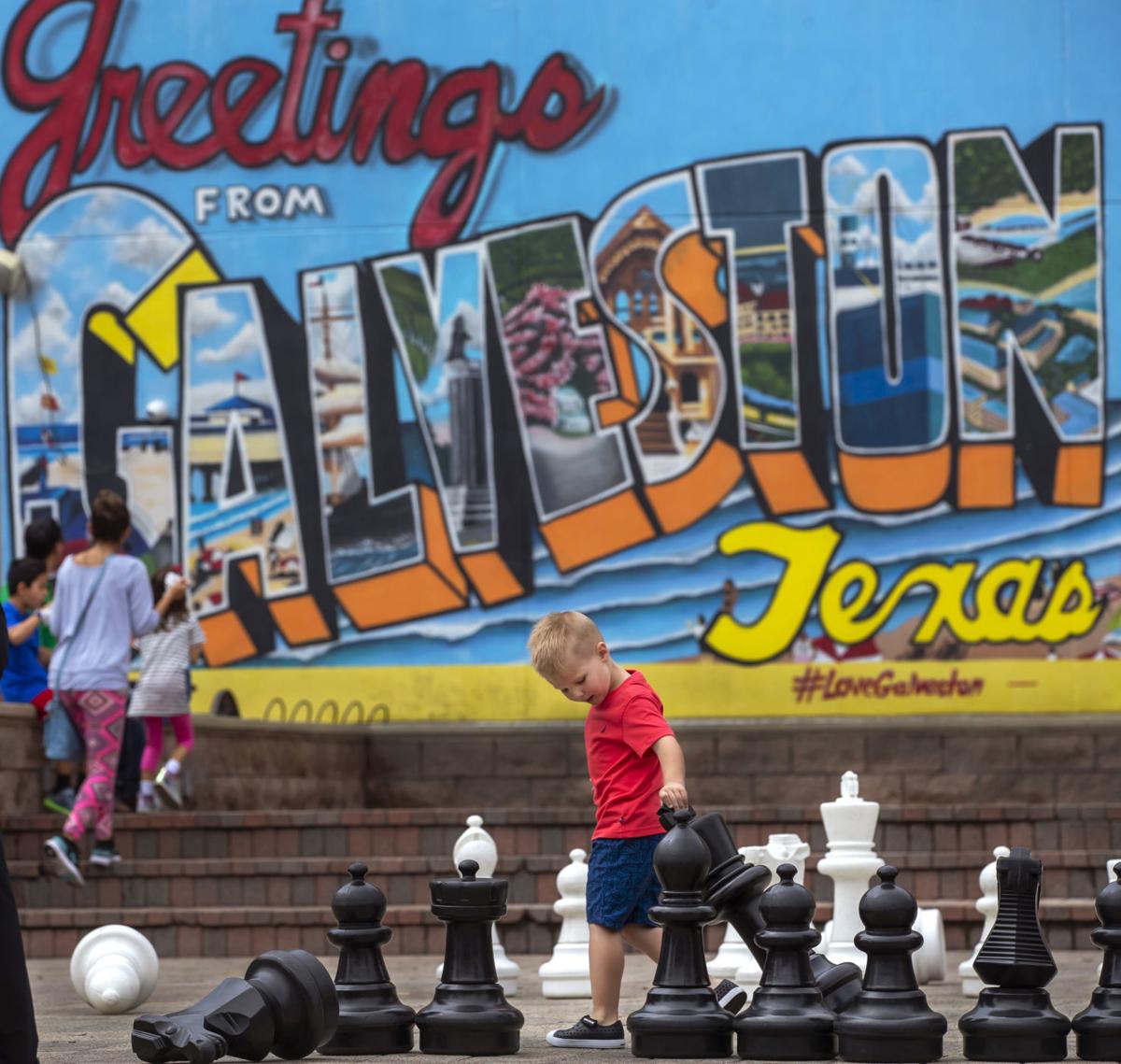 Kreyce Manuell, 4, drags chess pieces across the board at Saengerfest Park while visiting Galveston with his family on Wednesday, March 11, 2020. 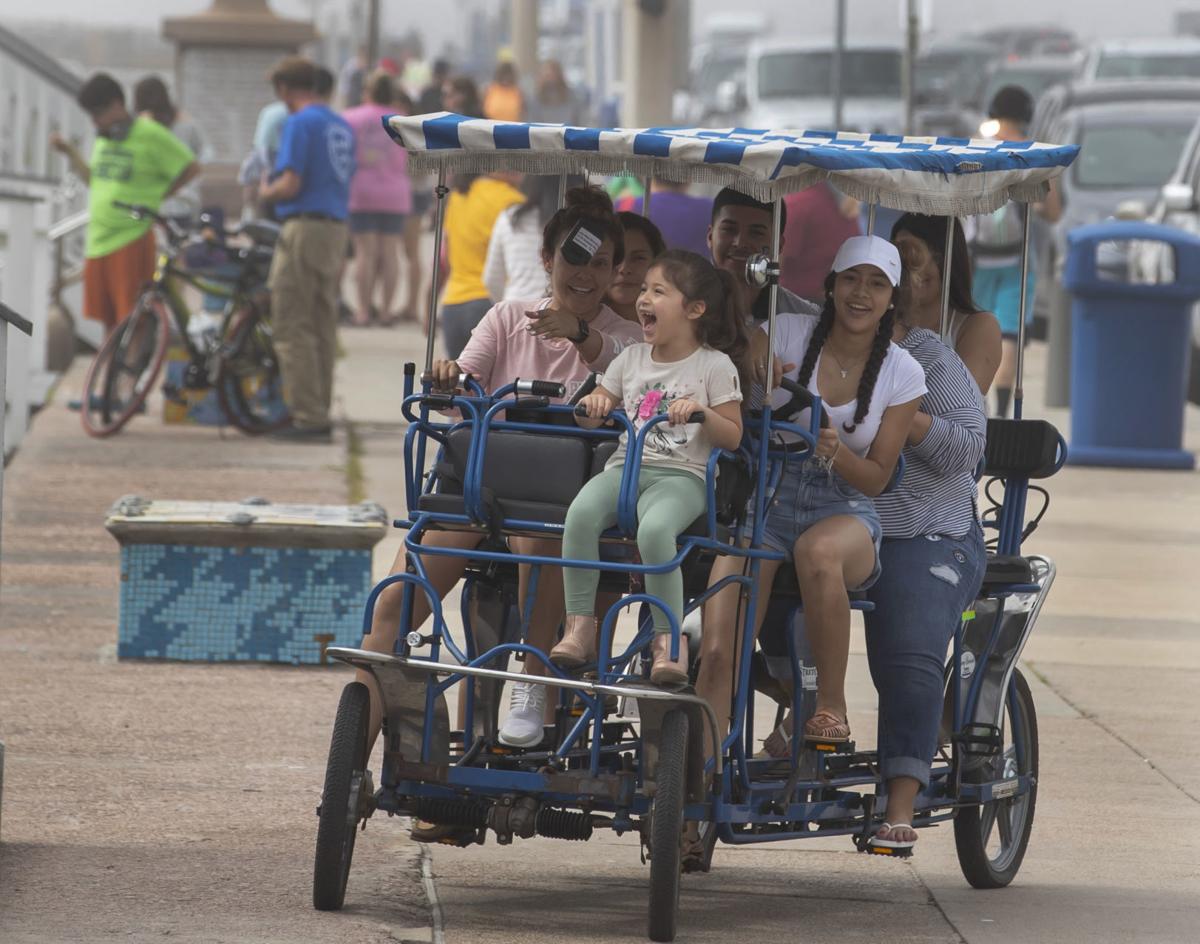 Analee Resendiz, 5, yells with delight while riding a rented cart along the seawall with her family in Galveston on Wednesday, March 11, 2020. 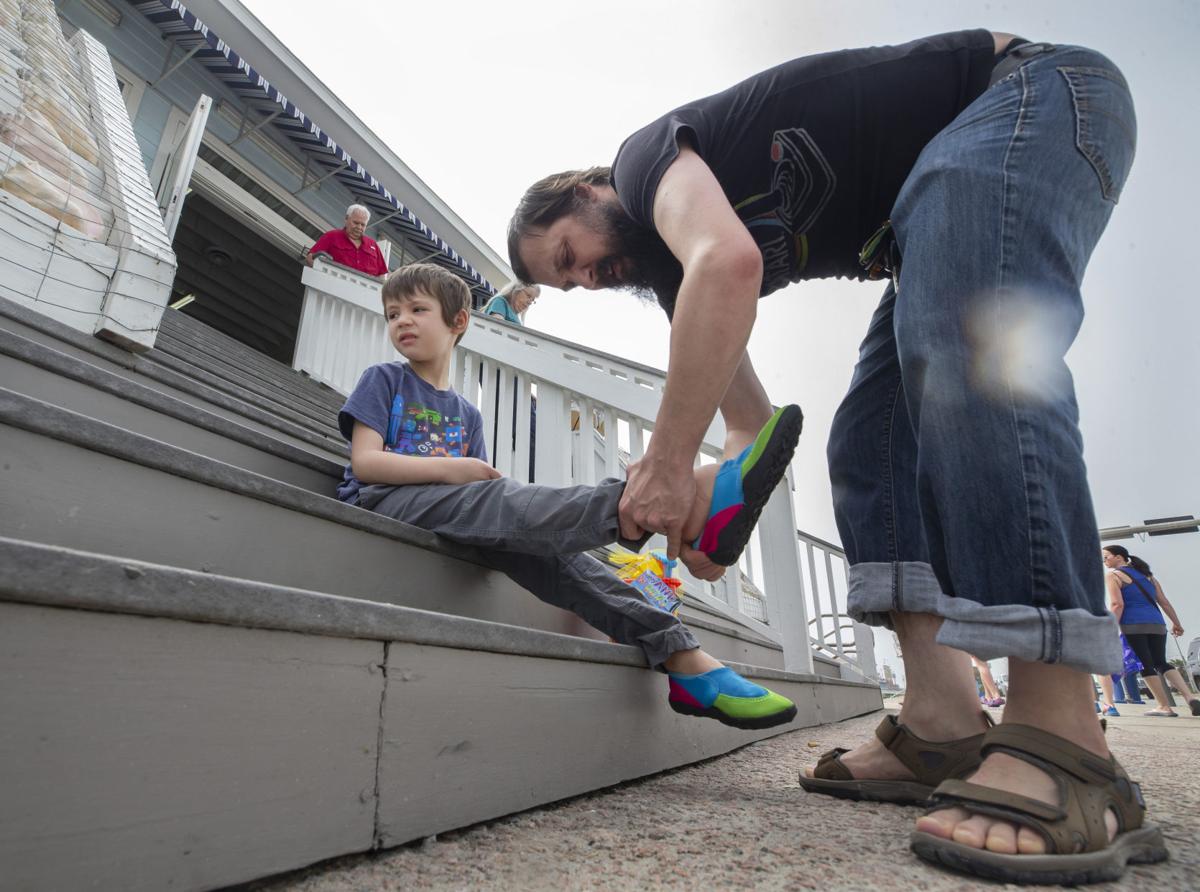 Jason Womeldorph places newly purchased beach shoes on his son Orion, 5, outside of Murdoch's Bathhouse on the seawall on Wednesday, March 11, 2020. The Womeldorphs are visiting Galveston on their spring break holiday from Columbus, Ohio. 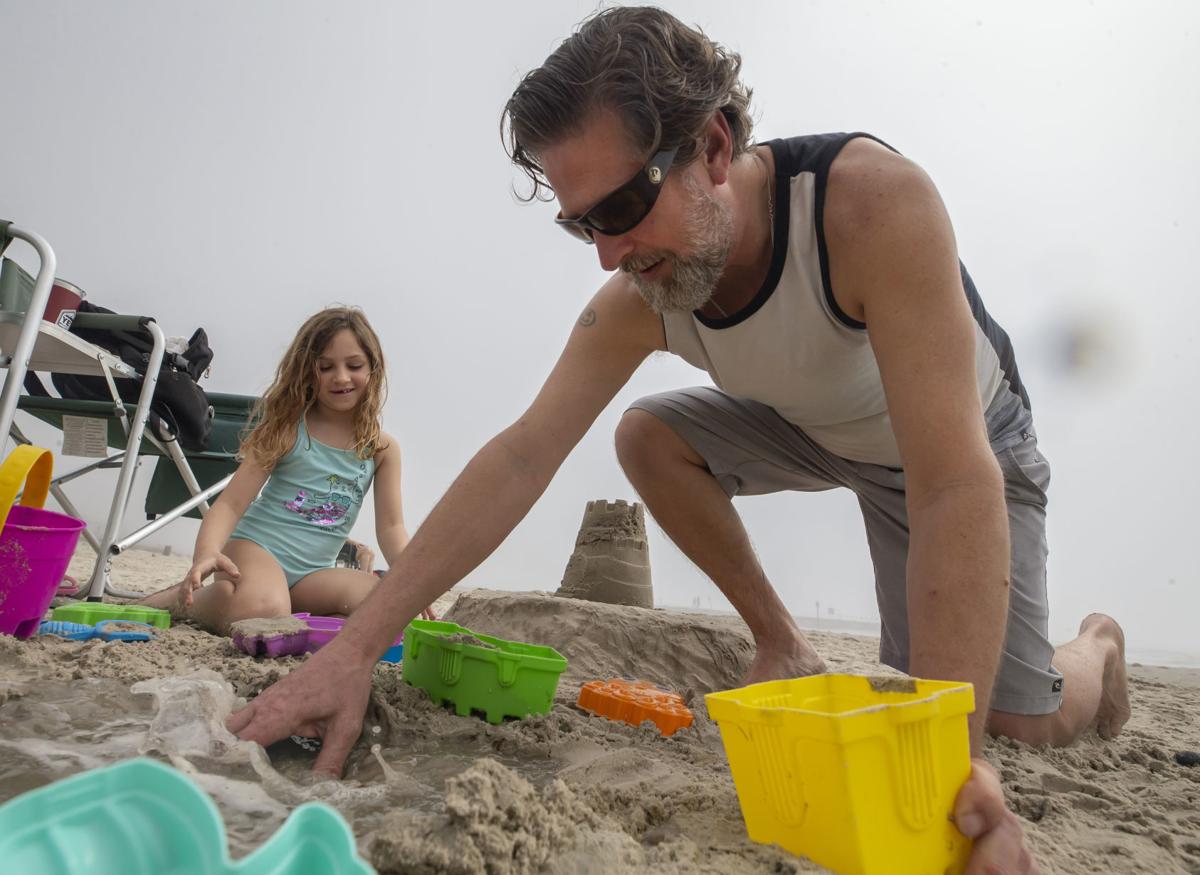 Aaron Fox, of Dallas, builds a sandcastle with his daughter Daisy, 6, on the beach near 25th Street in Galveston on Wednesday, March 11, 2020.

Kreyce Manuell, 4, drags chess pieces across the board at Saengerfest Park while visiting Galveston with his family on Wednesday, March 11, 2020.

Analee Resendiz, 5, yells with delight while riding a rented cart along the seawall with her family in Galveston on Wednesday, March 11, 2020.

Jason Womeldorph places newly purchased beach shoes on his son Orion, 5, outside of Murdoch's Bathhouse on the seawall on Wednesday, March 11, 2020. The Womeldorphs are visiting Galveston on their spring break holiday from Columbus, Ohio.

Aaron Fox, of Dallas, builds a sandcastle with his daughter Daisy, 6, on the beach near 25th Street in Galveston on Wednesday, March 11, 2020.

Tourists were still coming to Galveston County for spring break last week, but growing concern about coronavirus meant more of them were from nearby and fewer were booking hotel rooms.

While restaurants and some attractions had yet to feel a slowdown, other businesses serving visitors were cutting employees’ hours and facing potential long-term financial consequences, operators said.

Gandhi has been getting last-minute bookings from Houston-area residents looking for a nearby getaway, but rates are much cheaper than normal for spring break, he said.

Gandhi has had to cut employees’ hours because demand is so low, he said.

“It’s tough on everybody,” Gandhi said. “With the hotels, we’ve still got a mortgage to pay.”

If things don’t pick up, the financial situation could look bad for island hotels, he said.

“It can get pretty ugly,” Gandhi said. “I don’t even want to think that far.”

Traffic might be lighter at the Kemah Boardwalk and other mainland attractions, but people are still coming, said Shawna Reid, spokeswoman for the Bay Area Houston Convention & Visitors Bureau.

People are calling to see whether attractions are open and with concerns about visiting, Reid said.

Galveston tourism officials were pitching the beach as a lower-risk place to visit because people won’t be packed into close confines, Galveston Park Board of Trustees Chief Tourism Officer Michael Woody said.

At the Galveston Island Convention Center, 10 conventions rescheduled and two cancelled, Woody said. Those two conventions had attendees primarily from Asia, he said.

“It’s been a wonderful spring break, to be honest,” Clark said. “It’s been a very calm vibe or atmosphere among all the guests as well.”

Restaurants are still waiting to see how next week will shape up, he said.

Some attractions have closed entirely.

This could mean Moody Gardens may need to reduce some of its staff’s hours, Hamachek said.

“I know, in general, the volume of traffic that comes into your doors does affect staffing that you need,” Hamachek said.

But vacation rentals are busy.

Houston-area residents who had travel plans out of state are canceling those trips and going somewhere close, such as Galveston, instead, Reiswerg said.

Occupancy on Thursday was at 90 percent, which is 7 percent less than last year, but the company had many last-minute bookings coming in Friday, Reiswerg said.

Mary Branum, president of the Short Term Rental Owners Association of Galveston, hasn’t had or heard of any cancellations, she said.

Branum thinks people might feel more comfortable in a short-term rental, she said.

“You’re not in a large group atmosphere,” Branum said.

The changes didn’t stop Jason Womeldorph, who was traveling the county with his family last week, from visiting, but it might have if he’d been traveling this week, he said.

The Ohio resident hasn’t really changed much about his vacation, but did decide against going to some large attractions, Womeldorph said.

“I’m second guessing myself a little because I’m reading all about Italy,” Womeldorph said. “I saw my first person wearing a mask on the beach.”

Restaurants and bars in Galveston were mostly packed this weekend, normally very good news. Since these and other business that put people into close contact now help spread a deadly disease, we cannot afford to continue business as usual. It would be great if people would use common sense and voluntarily stay home, but the example of Italy shows that this will not happen, and that delaying the drastic measures required cost lives. Closing schools and non-essential businesses cause inconvenience to everybody and great hardship to some, but such measures are necessary. The sooner our leaders bite the bullet and do what is required, the sooner we get back to normality, and the more lives we will save.