As day-trippers continue to flock to island, Galveston closes beaches 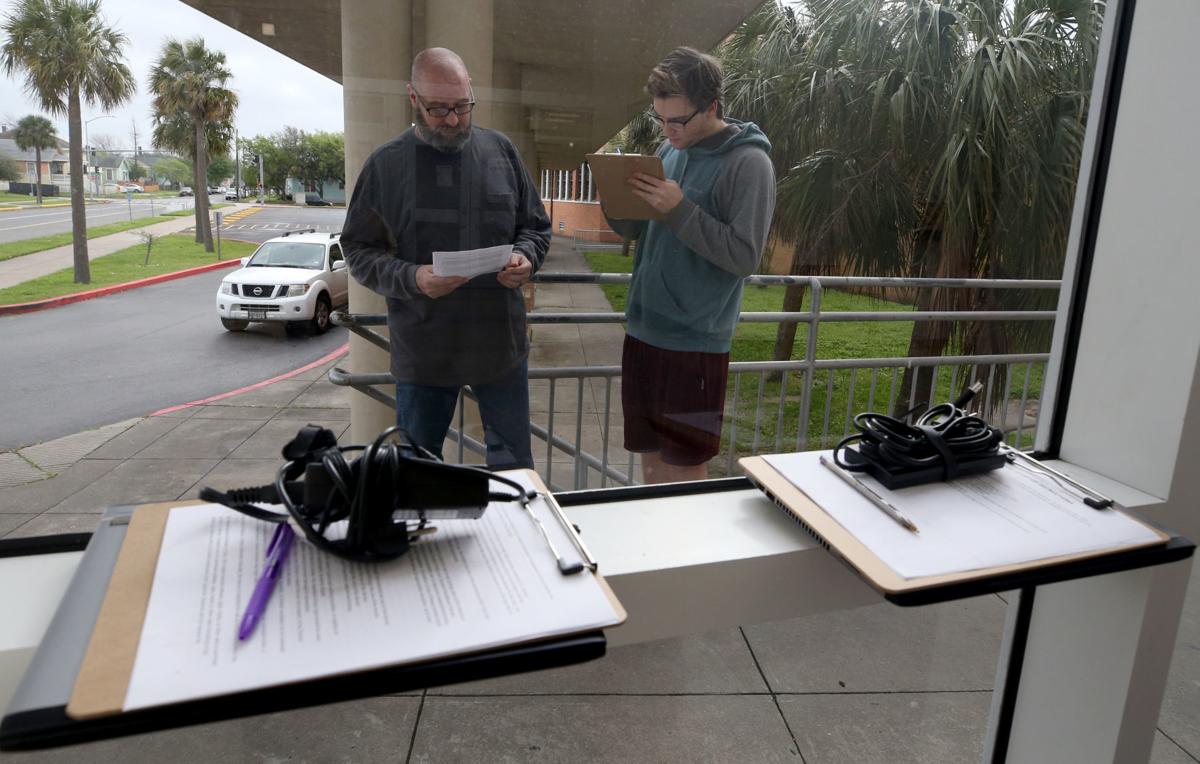 Steven Hickman, left, and his son, Josh, a Ball High School senior, fill out paperwork to check out a laptop from the school Thursday. 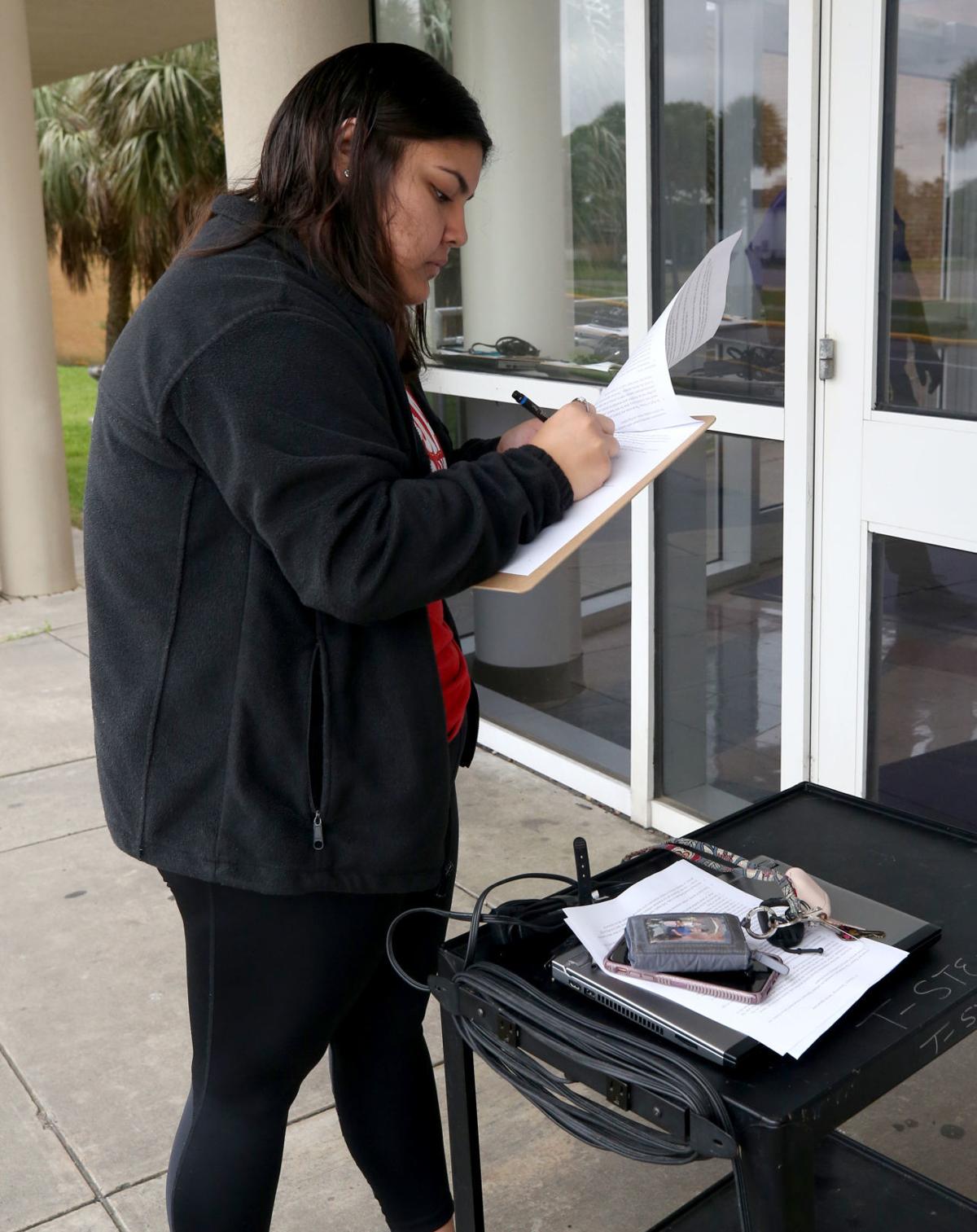 Steven Hickman, left, and his son, Josh, a Ball High School senior, fill out paperwork to check out a laptop from the school Thursday.

It was a sign of these unusual times Thursday morning, when a group of administrators from the Galveston Independent School District stood in the lobby at Ball High School next to a cart piled high with laptop computers.

Outside the lobby, students and parents walked up to the door and waved. One of the administrators would open it a crack, get a name and then return with one of the laptops.

One of the most profound changes coronavirus has caused is the sudden and massive shift of schools from classrooms to homes, making learning dependent on technology.

Tens of thousands of Galveston County students are out of school until at least April 10 because of COVID-19 closures. Over the past two weeks, school districts have scrambled to teach students, parents and educators how to instruct and learn with computers.

Part of the challenge of switching to an online-only school is ensuring students can actually get online.

The district earlier this week completed a survey of district families to find those who might not have technology available to study and complete assignments online, said Stephanie Mendoza, an assistant principal at Ball High School. The district on Thursday loaned out about 150 computers, officials said.

Some families don’t have computers, or have only one device to share among several people. Some people might be trying to complete all their work on Canvas, the district’s computer learning platform, with smart phones and some people don’t even have that, Mendoza said.

“A lot of students don’t have a computer,” Mendoza said. “One student I encountered yesterday still had a flip phone. So they can’t do the work right now.”

The Galveston Independent School District isn’t alone in handing out computer equipment and other devices to help make home-schooling easier.

Officials from the Texas City, Dickinson, Santa Fe and Hitchcock school districts all confirmed Thursday they either had started or planned to soon start distributing electronics to their students.

In Santa Fe, more than 900 students requested a device to help them with home-schooling, district spokeswoman Patti Hanssard said. The district on Thursday distributed about 500 devices, she said. The district also is inviting people to use open Wi-Fi connections at local schools to access the internet.

For students, the loaned electronics mean a little less hassle for their upended lives. Katherine Rivera, a senior at Ball High School, picked up her laptop Thursday morning. At her home, she has two brothers who need to do work on computers, too.

Students are expected to return the devices when schools resume and they’re expected to keep the machines in working condition, officials said.

“Me, I’m not that worried,” Rivera said. “But I’m worried about my brothers; they’re really messy.”