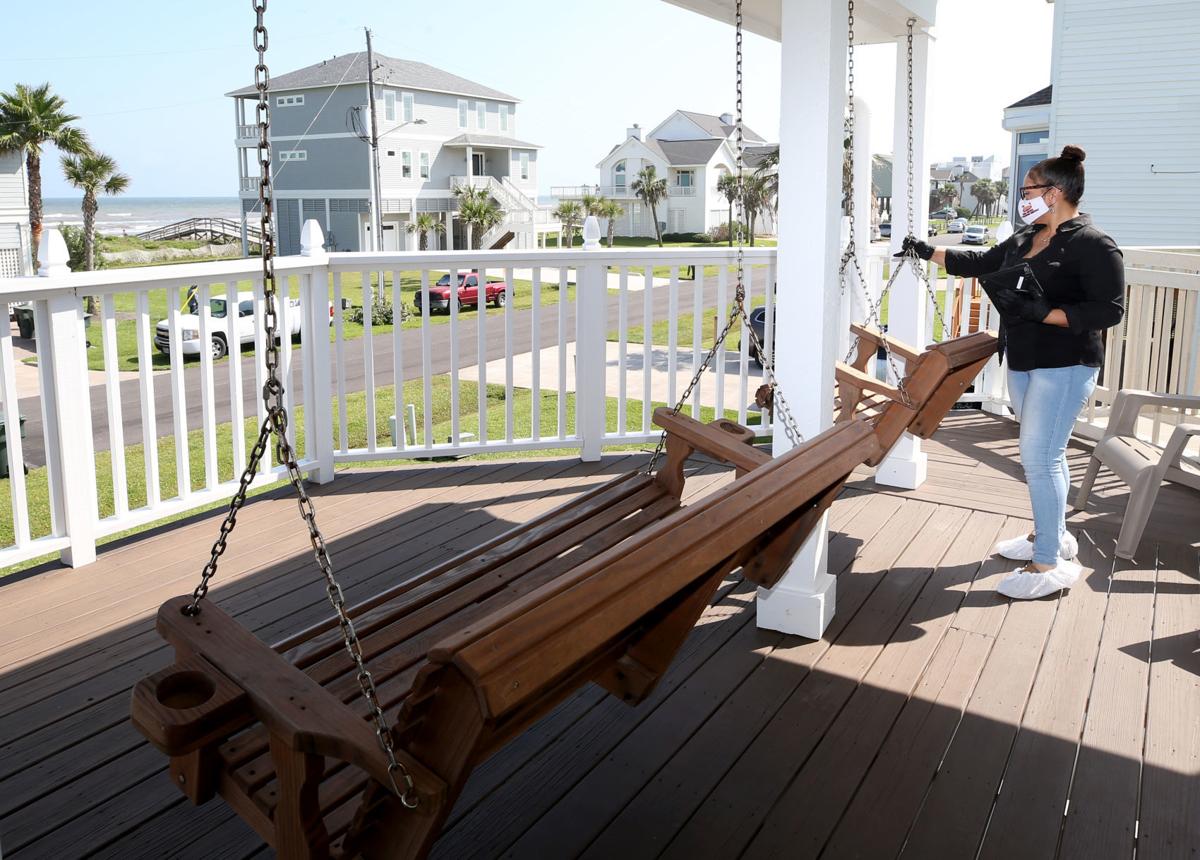 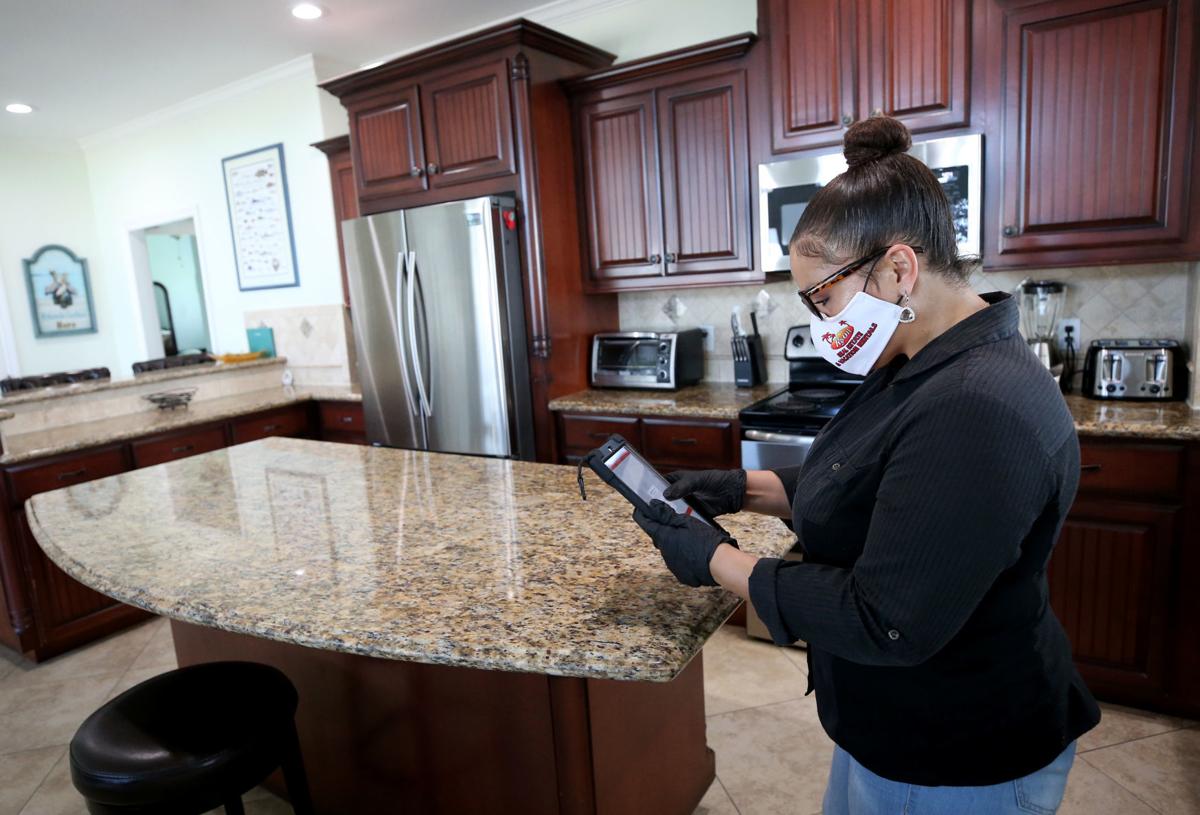 Jacquelyn Arroyo, director of housekeeping for Ryson Real Estate & Vacation Rentals, pulls up her digital checklist before she inspects a vacation rental to make sure everything is in working order Wednesday, May 20, 2020. 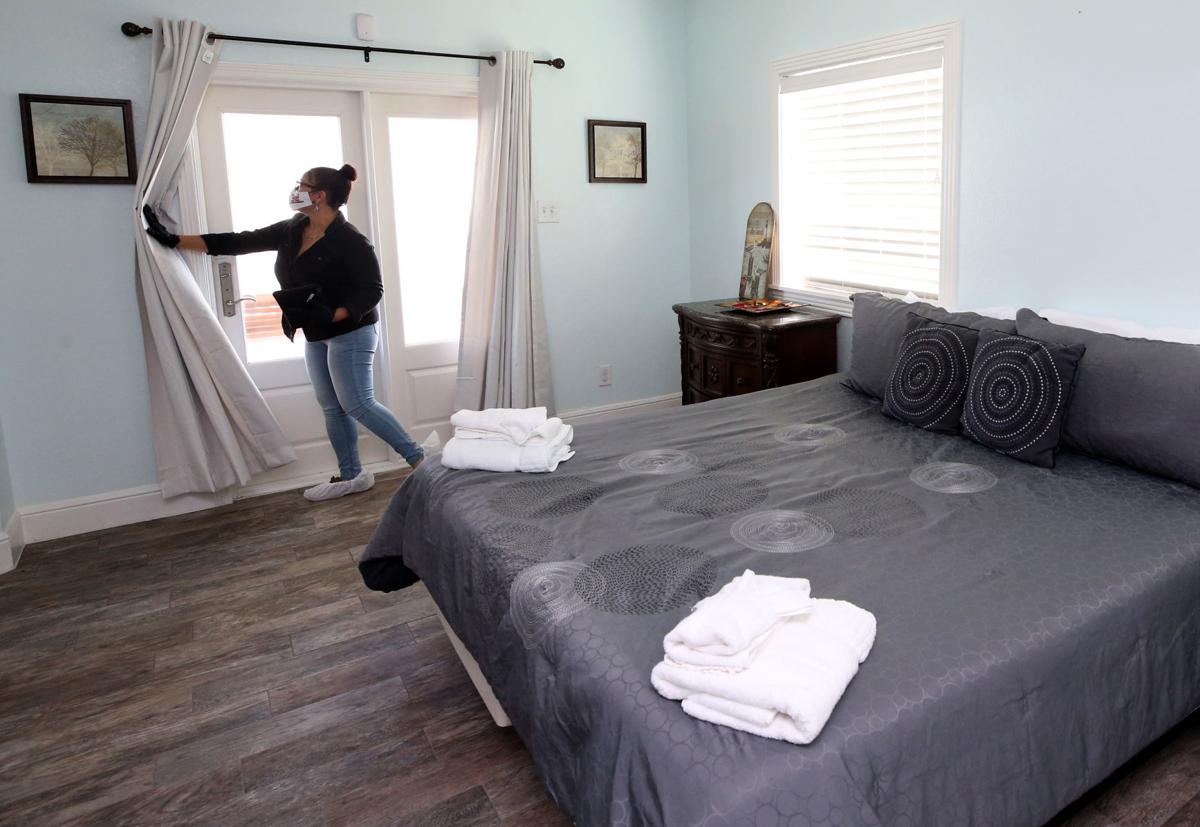 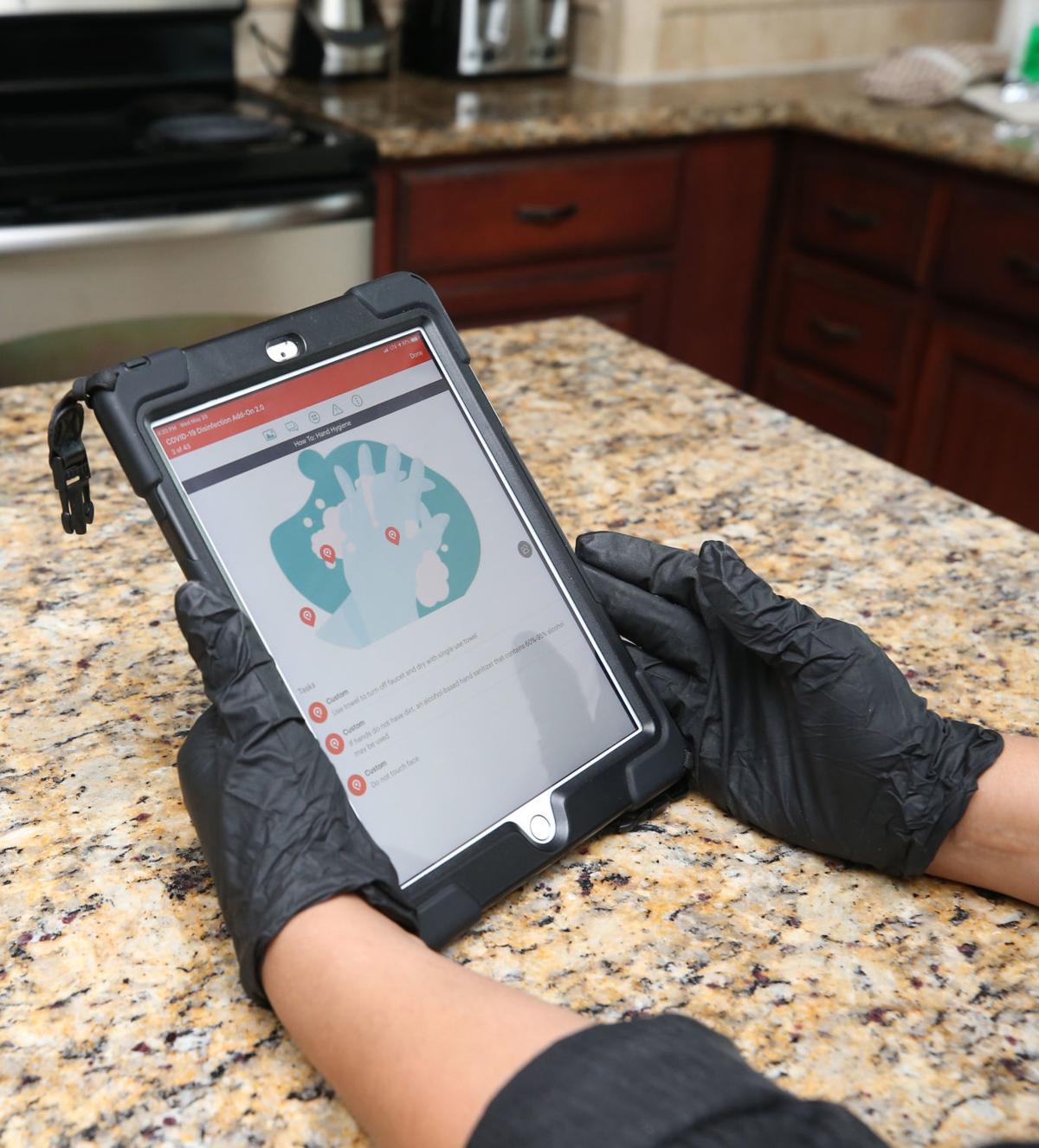 Jacquelyn Arroyo, director of housekeeping for Ryson Real Estate & Vacation Rentals, goes through the COVID-19 checklist during a vacation rental inspection Wednesday, May 20, 2020.

Jacquelyn Arroyo, director of housekeeping for Ryson Real Estate & Vacation Rentals, pulls up her digital checklist before she inspects a vacation rental to make sure everything is in working order Wednesday, May 20, 2020.

Jacquelyn Arroyo, director of housekeeping for Ryson Real Estate & Vacation Rentals, goes through the COVID-19 checklist during a vacation rental inspection Wednesday, May 20, 2020.

Memorial Day weekend is shaping up to bring hundreds of overnight visitors to the island as vacation rental property operators experience a strong surge in demand.

Vacation rental companies across the island report being fully booked for the long Memorial Day weekend as out-of-towners seek an island getaway.

Sand ‘N Sea’s more than 150 properties usually book up during Memorial Day, and the company normally has to turn away a few dozen people, Reiswerg said.

“But we’ve never seen so much demand,” she said.

Although it’s a welcome change for management companies and owners who endured more than a month of vacation rental closures because of pandemic protocols, bookings for the rest of the summer still are lagging behind last year as people hesitate to commit, industry stakeholders say.

Vacation homes managed by Ryson Real Estate & Vacation Rentals are fully booked, but the company’s condominiums are at about 70 percent occupancy, CEO Liz Overton said. The company manages about 230 properties.

Vacation rentals across the island were nearly empty through April after Mayor Jim Yarbrough ordered all short-term vacation rental and hotel guests to leave the island to reduce the spread of COVID-19.

Total occupancy for hotel and vacation rentals in Galveston was 46.7 percent in January, February and March compared with 51 percent last year, according to Source Strategies Inc., a San Antonio-based lodging analysis company.

Data for April and May wasn’t yet available.

Although it’s good that occupancy is picking back up, Ryson is eager to make up for lost spring bookings, Overton said.

The pandemic closures also meant that when bookings opened back up, companies had to drop their prices to stay competitive with all the rental properties suddenly returning to the market all at once, Overton said.

Rates are starting to rise with demand, but prices aren’t what they’d normally be this time of year, Overton said.

Although the weekend is booked, reservations for later in the summer are still slow to come, said Vonda Tackett, CEO of Soar Vacation Rental Services.

Bookings are only trickling in for later in the summer as people continue to exercise caution, she said.

“It’s still an uncertain time,” Tackett said. “I don’t think they want to book too far in advance.”

But the surge in bookings bodes well for the summer, Tackett said.

It’s not surprising there’s so much demand to visit Galveston, said Mary Branum, president of the Short Term Rental Owners Association of Galveston.

“I do believe people are ready to get out,” Branum said.

The high booking rates also mean there will be a lot of people on the island this weekend — and that’s good for local businesses, Branum said.

Vacation rental owners will have to wait and see how the rest of the season plays out, especially the late summer and early fall. But Memorial Day rates are off to a good start, Branum said.