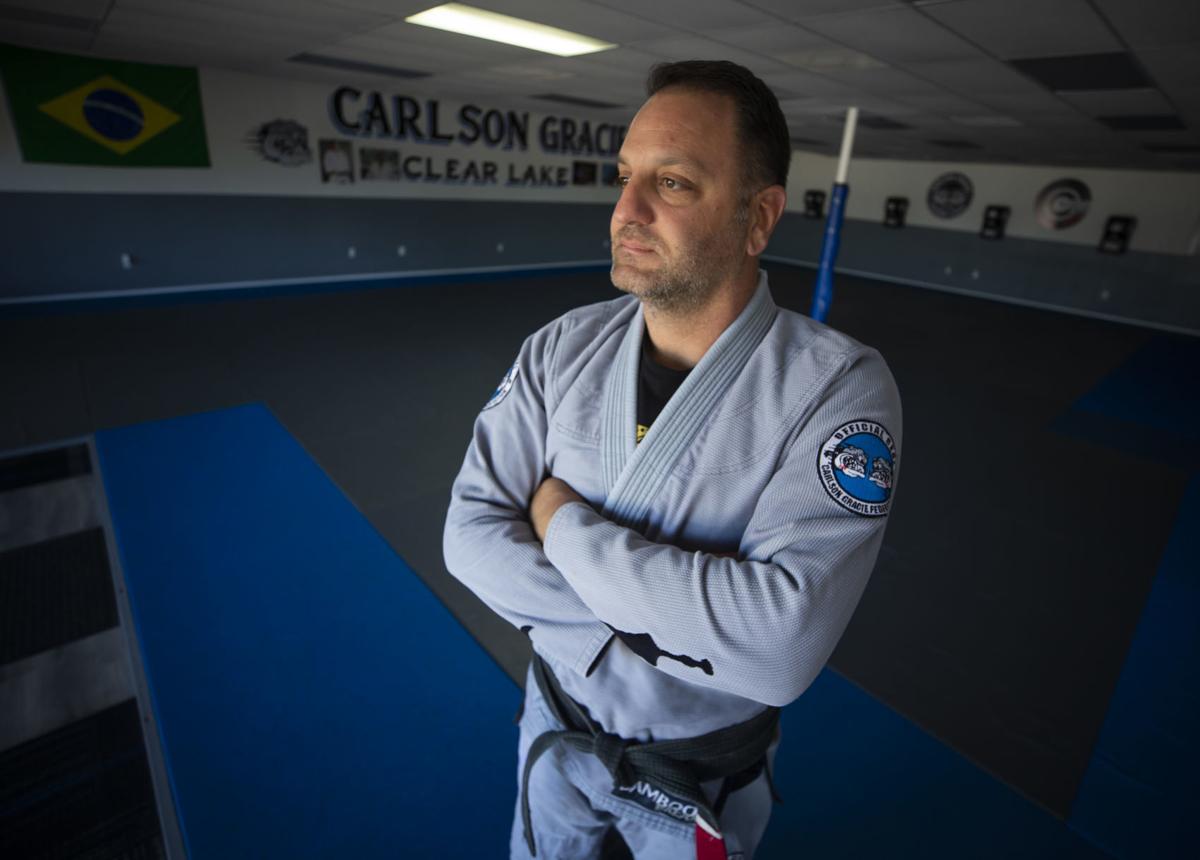 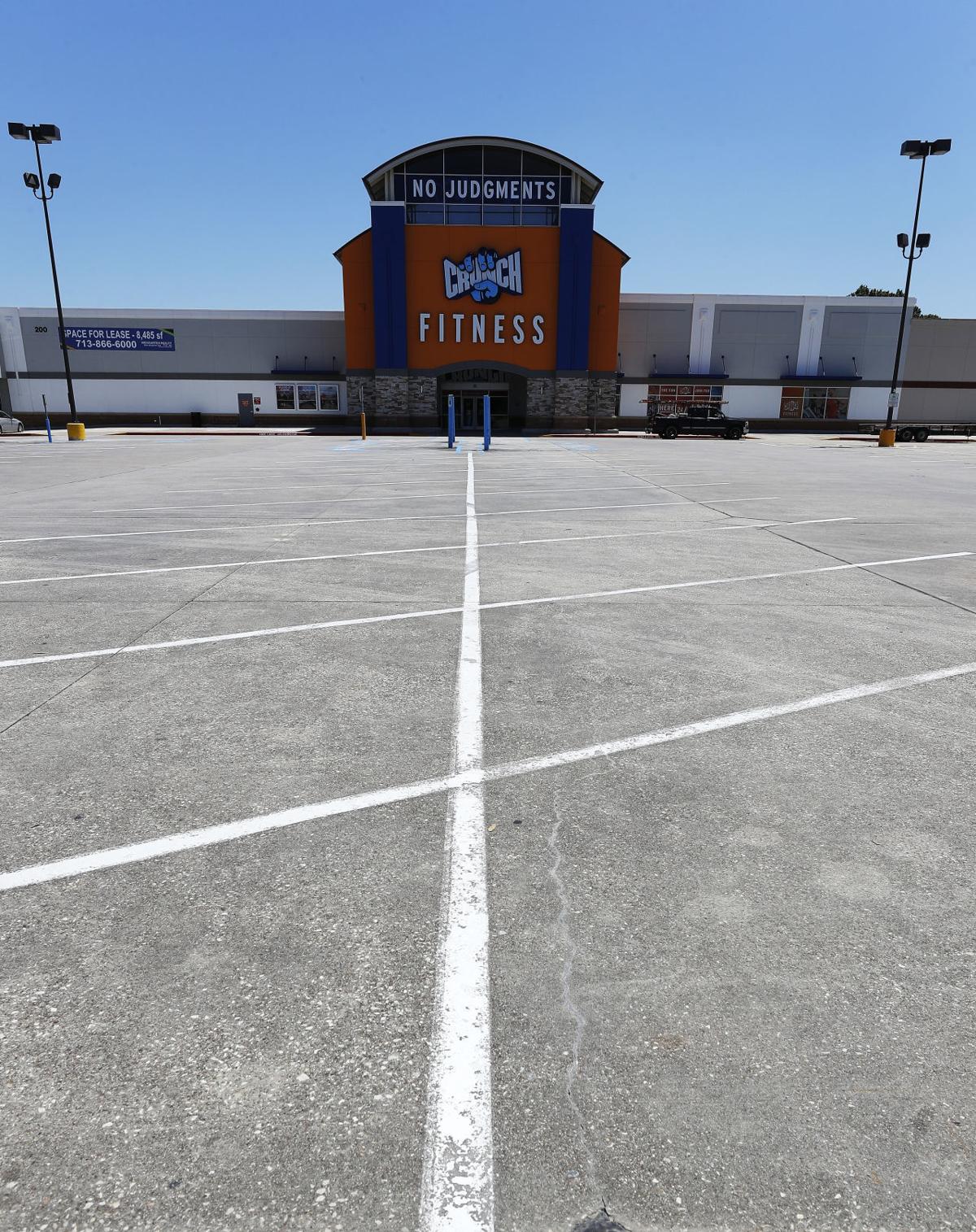 The large empty parking lot in front of Crunch Fitness in League City highlights that the facility remains closed on Thursday, April 30, 2020. Despite many business being allowed to reopen on May 1, gyms will have to wait until at least May 18 to allow customers back inside, according to Gov. Greg Abbott’s plan. 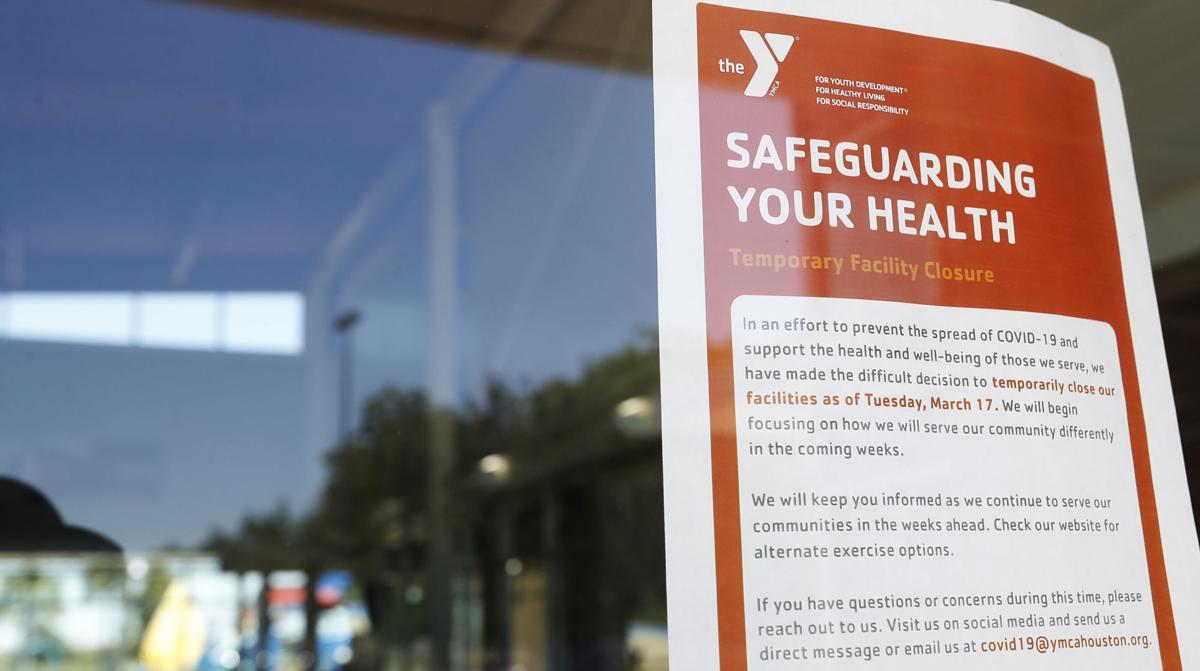 A sign on the front door at the Perry Family YMCA in League City announces a temporary facility closure that began March 17. 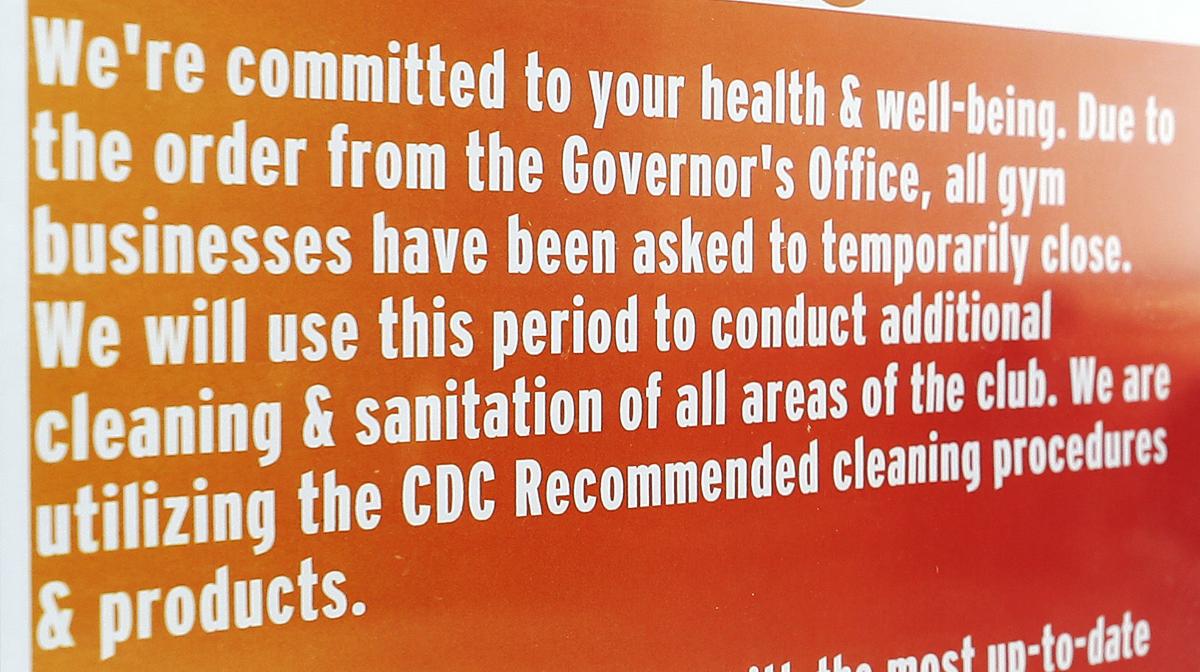 A sign on the front door at Crunch Fitness in League City informs members that the gym is currently closed on Thursday, April 30, 2020.

The large empty parking lot in front of Crunch Fitness in League City highlights that the facility remains closed on Thursday, April 30, 2020. Despite many business being allowed to reopen on May 1, gyms will have to wait until at least May 18 to allow customers back inside, according to Gov. Greg Abbott’s plan.

A sign on the front door at the Perry Family YMCA in League City announces a temporary facility closure that began March 17.

A sign on the front door at Crunch Fitness in League City informs members that the gym is currently closed on Thursday, April 30, 2020.

As restaurants, retailers and other businesses make final preparations to reopen to the public, Robert Lee stands in his big, empty gym.

“I’m hurting,” said Lee, owner of the Carlson Gracie Clear Lake martial arts gym, 1002 N. Meyers Ave., in Seabrook. “I’m friends with a lot of martial arts gym owners around here because we all get together and do seminars for each other, and we’re all hurting. Bad. Some worse than others.”

With many gyms already struggling to survive, they now face closures extending to at least May 18, when a second reopening wave is tentatively set to begin, as announced by Gov. Greg Abbott on Monday.

Shortly before the coronavirus-related shutdown began about seven weeks ago, Lee had purchased an open retail space next to his gym, formerly a cell phone store, to expand what had been a booming business from 2,300 square feet to 3,500 square feet, he said.

“We started growing very fast, and our kids’ program was ridiculous,” Lee said. “The cell phone shop next to us went under and we had just opened it up and we had just completed the build-out, and then this hit.

“So, now our rent is even more and now we have a ton of space and it cost us a lot of money for the build-out,” he said.

Lee, who has operated his gym for about a year and a half, has lost a significant number of his students, but there are some who are continuing to pay their fees while the gym is shut down, he said.

“They want a gym to go to when it reopens,” Lee said. “They understand that I have rent and bills. I have really, really good members.”

Lee estimated about half of his roughly 100 gym members are continuing to pay their dues during the ordeal, while the other half had to freeze their memberships.

“The older members said they’re not coming back, unless there’s a vaccine or something like that,” Lee said. “So, I’ve lost them for good until they come up with something.”

The gym, which specializes in teaching Brazilian jiu jitsu, didn’t qualify for a small business loan, and Lee has been selling personal items — such as a boat, a golf cart, stereo equipment, a truck, a paddle board — online to stay in business, he said.

“I’m selling everything I own that I don’t need right now just to make sure I have a little cushion to remain open for at least three or four more months after this is lifted,” Lee said.

Normally at this time of year, Absolute Volleyball Academy club program co-director Katy Garza would see her gym at 451 Spruce St. in Dickinson buzzing with young athletes learning the sport and the more seasoned youth players preparing for national tournaments.

Now, of course, the gym is quiet.

“I go up there to use the Wi-Fi because I live in a dead zone in Alvin, but that’s about it,” Garza said. “The kids would have been practicing two to three times a week, and we would have been going to Reno this weekend for 18s nationals.”

Although a handful of tournaments have been canceled, there are others that have merely been postponed. Garza is hopeful that Absolute Volleyball Academy can bring back its coaches starting in June and complete its 15th season.

Program members were able to play in two tournaments and the 18-year-old students were able to have their spring break volleyball mission trip to Costa Rica before everything was shut down, Garza said.

Garza also is hopeful Absolute Volleyball Academy still will be able to open its new 56,000-square-foot facility in Webster this summer for the club’s nearly 500 members, who range in ages from 5 to 18.

In the meantime, its coaches have been conducting virtual meetings and workouts with their athletes.

“When this is all lifted, we do plan on making up for lost training time by bringing the kids in for some clinics at no extra costs,” Garza said. “It’ll just be training time to make up for some of the hours they’ve missed.”

Although a lot of the Absolute Volleyball Academy’s program is largely funded by upfront club fees, the overhead costs of its facility and the loss of the revenue it receives from its summer camps are significant losses caused by the shutdown, Garza said.

“You’ve got to always plan for rainy days, and several years ago, we hired my former volleyball manager when I was at Alvin High School many years ago who is a CPA, and she’s really helped us run a good, tight ship,” Garza said.

Despite closing their doors, there are gyms out there that haven’t been hit too hard by the shutdown, and they’ve been able to transition fairly seamlessly to online classes.

“We’ve only had a few people who have had to freeze their accounts until we can reopen the gym, just based on their needs,” said Kara Listowski, owner of the Flying Fortress CrossFit gym, 820 51st St., in Galveston. “I’ve been very lucky that I haven’t had to cancel too many memberships.”

As the gym, which Listowski opened with a business partner in November 2016, prepared to close, members were allowed to take their favorite dumbbell from the gym home with them, and then instructors centered at-home workouts for the members with their piece of equipment in mind, Listowski said.

The gym has, since its closure, conducted online classes and workout briefings using the Zoom teleconferencing app, Listowski said.

“This is actually something I’ve been thinking about doing for a while,” Listowski said. “It had been on the back burner for a while, and this just kind of hurried everything along to figure out how we were going to do it.”

When gyms are allowed to reopen and welcome people inside their facilities, Listowski feels like most of her 68 members will want to return. But she also will continue to offer virtual classes for those hesitant to come back, she said.

“The biggest thing that we’re missing is just seeing everybody and the community that comes along with being in a CrossFit gym,” Listowski said. “You tend to talk to people a little more than you would in a regular gym. And the motivation that comes along with being in a group class is so much more motivating to be with other people who are doing the same thing as you.”