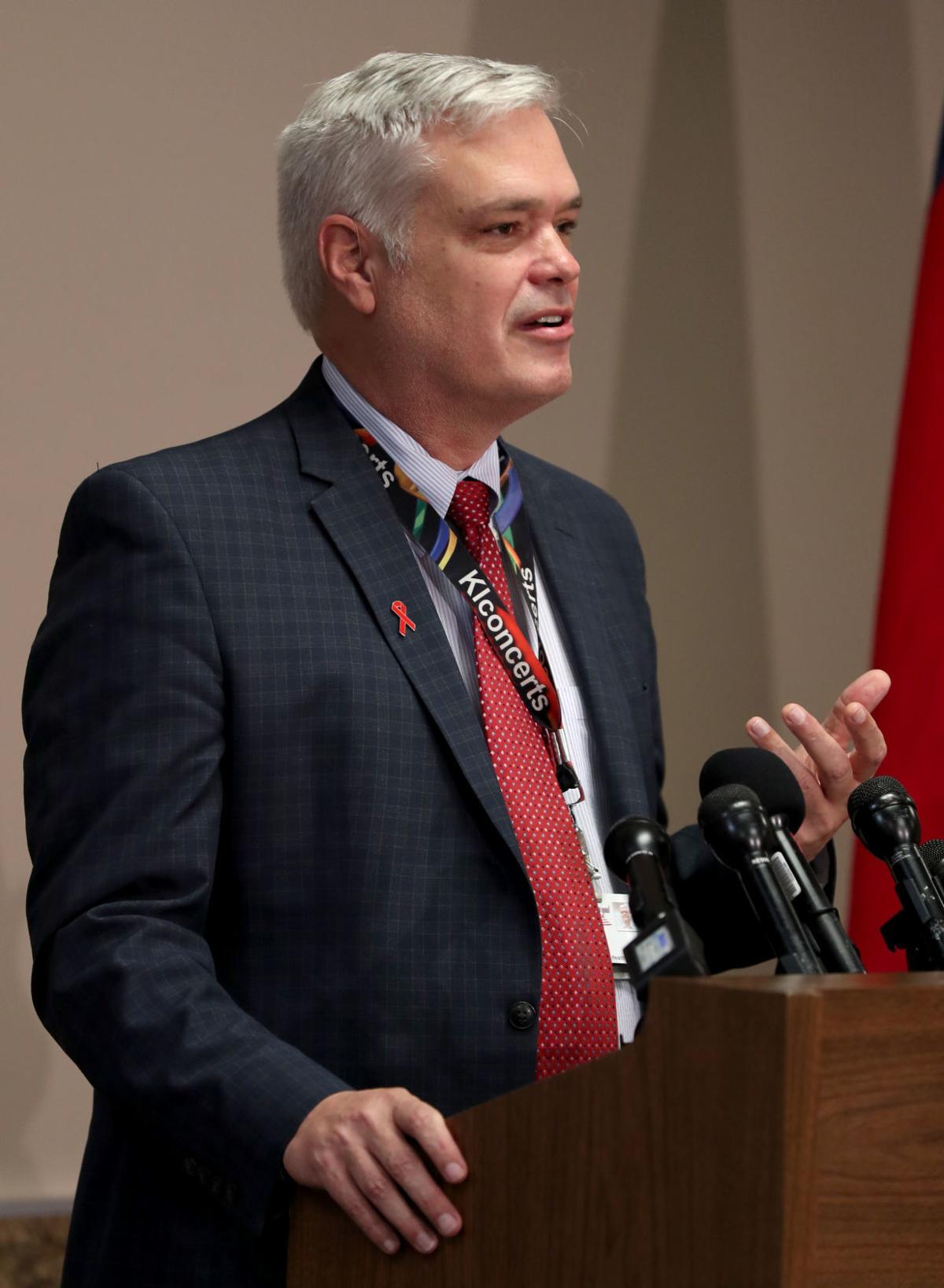 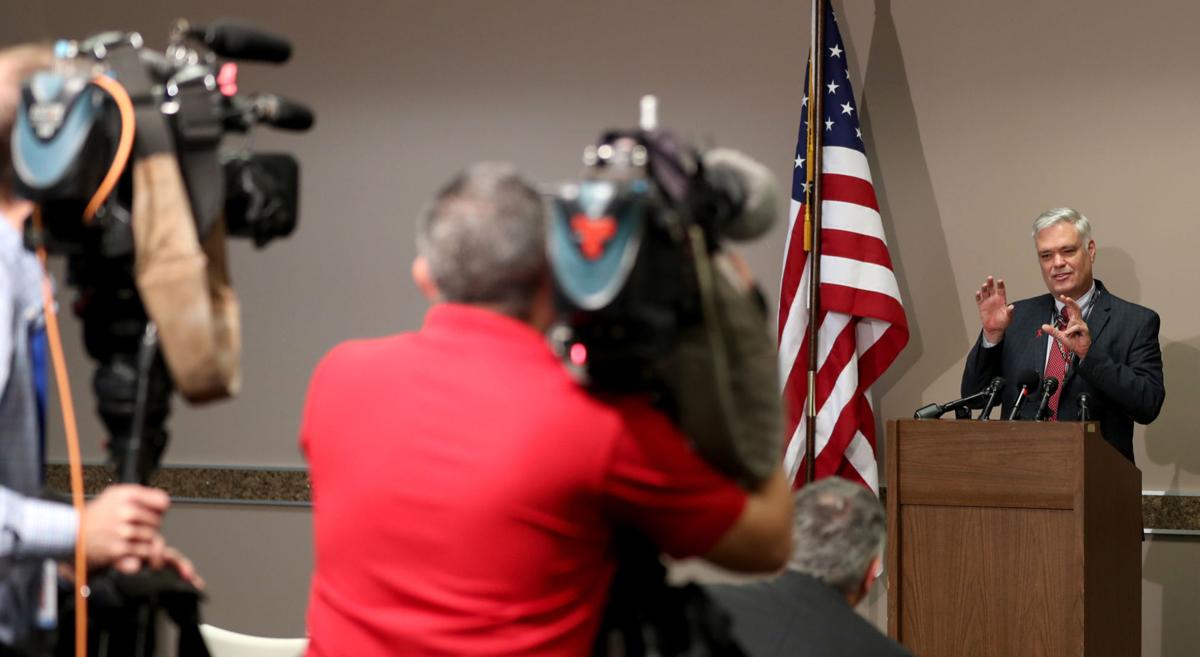 Dr. Philip Keiser, with the Galveston County Local Health Authority, explains how Electronic cigarette, or Vaping Associated Lung Injury damages the lungs during a press conference at the Galveston County Health District in Texas City on Monday, Jan. 6, 2020. Keiser confirmed the first death in the county associated with the vaping related lung damage.

Dr. Philip Keiser, with the Galveston County Local Health Authority, explains how Electronic cigarette, or Vaping Associated Lung Injury damages the lungs during a press conference at the Galveston County Health District in Texas City on Monday, Jan. 6, 2020. Keiser confirmed the first death in the county associated with the vaping related lung damage.

A Galveston County woman died Dec. 29 because of complications related to an illness connected to e-cigarettes, health officials said Monday.

The woman, who was between the ages of 30 and 35, was the first local person and the third person in Texas to die from the illness that became a nationwide crisis over the past year.

The Galveston County Health District did not release the woman’s name or other identifying information, citing privacy restrictions.

The woman was from Galveston County and was treated in Galveston County, officials confirmed. She had been receiving medical treatment for a long time before she died, said Philip Keiser, Galveston County’s local health authority — the top medical official at the health district.

In announcing the woman’s death, Keiser urged people to recognize the health dangers of vaping.

“It’s really dangerous,” Keiser said. “People die from this. That’s the real message that we have to get through.”

As of Dec. 27, 55 people in the United States had died and 2,561 had been hospitalized by the illness now known as EVALI, or e-cigarette, or vaping, associated lung injury, according to the U.S. Centers for Disease Control and Prevention.

The woman and four other Galveston County residents are included in the number, Keiser said. The other four people were treated and have been released from the hospital, he said.

The health district did not announce what exactly caused the woman’s illness beyond saying it was connected to e-cigarettes. The woman might have used a vaping product to vape a substance that contained THC, a component of marijuana, Keiser said.

“We believe there might have been THC involved in this case,” Keiser said. The district didn’t have any information about how often she vaped, or what type of vaping products she used, he said.

While the CDC has not specifically identified what substances led to vaping-related lung injuries, the agency has said that recent testing supports theories that the illness is related to using products that contain vitamin E acetate.

Vitamin E acetate is commonly used as an additive in vaping products, particularly in products that contain THC, according to the CDC.

When a possible case is identified, the health district alerts state authorities for investigation, Keiser said. The state will then pass more information onto the federal health agencies, he said.

The health district is not taking any specific actions in reaction to the woman’s death, beyond making a public announcement about it, Keiser said.

Still, he urged people to avoid using e-cigarettes and told parents to speak with their children about the dangers the products present.

“It’s a very serious public health threat and we would encourage people to avoid vaping products if at all possible,” Keiser said. “It’s just not a good time to be vaping in the United States. These products can be dangerous.”

E cigarette implies the nicotine variety although the article mentions the THC variety. Which one was it?

According to KPRC News it was THC in case anyone else was wondering.

Kelly, E cigarette are not like they use to be. It is hard to keep up with the changes.

October 07, 2019 01:26 pm News Staff – The CDC said the latest findings from its investigation into lung injury associated with e-cigarette use, or vaping, indicate that among cases for which information on substances used in these products was available, tetrahydrocannabinol-containing products (or a combination of THC- and nicotine-containing products) were used by more than three-quarters of people affected by the outbreak.

Specifically, patients with cases of lung injury associated with vaping had

a history of e-cigarette use or "dabbing" (i.e., vaping concentrated marijuana) within 90 days before symptom onset;

no evidence of infection (confirmed cases) or infection not thought to be the sole cause of the lung injury or infectious disease testing not performed (probable cases); and an absence of alternative plausible diagnoses