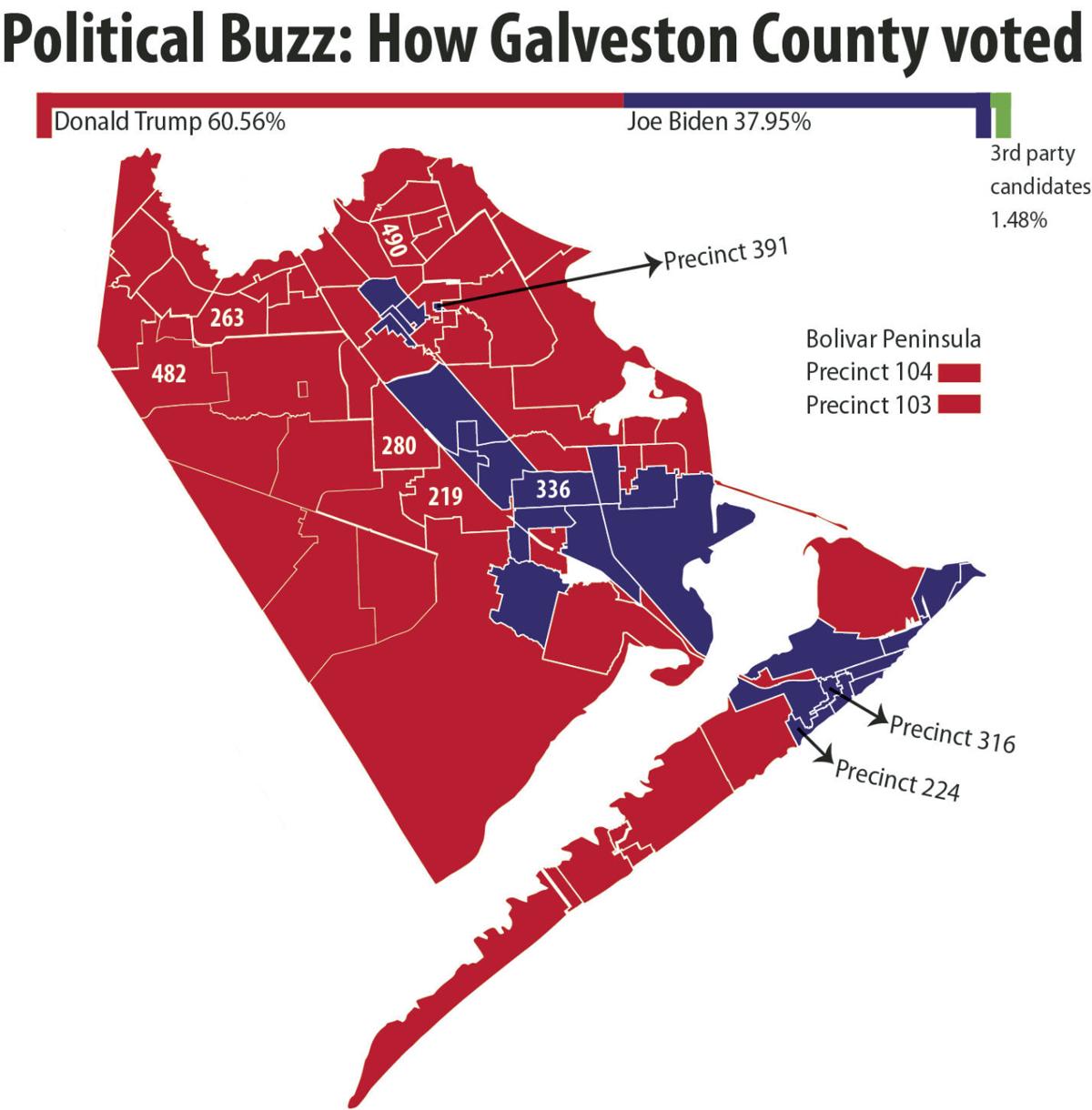 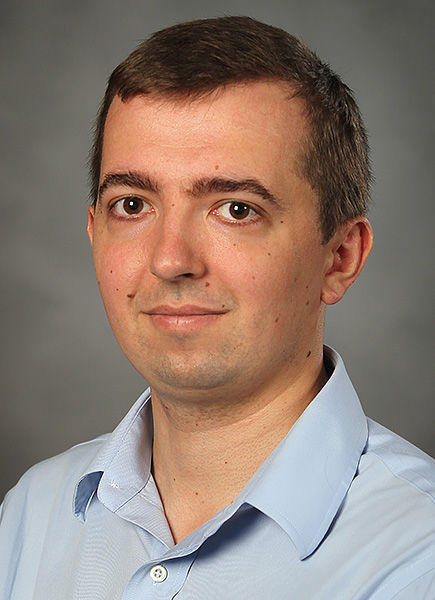 In topographical terms, local results of the 2020 election in Galveston County would be a sea of deep red surrounding a blue peninsula and some small blue islands.

Looking at precinct-level results shows just where local support was for the president and for Biden. Among the 82 county precincts in which more than 10 ballots were cast, 57 went to Trump and 25 went to Biden.

Neighborhoods at the edges of the county, in Santa Fe and on Bolivar Peninsula, were the most heavily Trump-voting districts, with more than 80 percent of residents there voting for him.

Biden’s support was strong in Texas City, where he earned more than 80 percent of the vote in two precincts.

WHERE DID TRUMP GET THE MOST VOTES

The neighborhood that cast the single most votes for Trump was Precinct 263 in League City, an area on the west end of the League City Parkway, south of Friendswood Drive, where Magnolia Creek winds through blocks of newly built neighborhoods.

The precinct provided 4,074 votes for Trump.

In terms of percentage, the biggest Trump precinct was Precinct 482, in the part of the county that is an unincorporated part of Alvin. Of the 153 votes cast from that precinct, 129 were for Trump and 22 were for Biden. Trump received 84.3 percent of the votes.

Among precincts where more than 1,000 votes were cast, the highest-percentage Trump precinct was Precinct 103 on Bolivar Peninsula. The precinct stretches from Crystal Beach to High Island. In that area, 860 of 1,025 votes, or 83.9 percent of voters, cast ballots for Trump.

WHERE BIDEN GOT THE MOST VOTES

While he was less popular in the county overall, president-elect Joe Biden did gain strong support from some Galveston County neighborhoods.

The single largest bloc of votes for Biden came from Precinct 336, an area of Texas City that stretches from North Amburn Road to the east end of the Emmett F. Lowry Expressway and includes Carver Park. Biden received 2,400 votes in that precinct, good for 86.8 percent of all votes cast.

The precinct also was the most pro-Biden precinct in the county.

WHO WAS EVENLY SPLIT

Some precincts in Galveston County were more evenly split between the two major presidential candidates, although some splits were more even than others.

Precinct 391 in Dickinson, a tiny area of about 20 blocks near Jake Silbernagel Elementary School, accounted for 97 votes in the presidential race. Of those, 48 votes went for Trump, and 49 went to Biden.

Amazingly, the one-vote margin in Precinct 391 is actually larger than the split in the 2016 election. Four years ago in the precinct, 38 voted for Trump and 38 voted for Hilary Clinton.

Precinct 391 is the only precinct that had a different overall result this year compared with 2016.

Among precincts with more than 1,000 voters, the most evenly split was Precinct 224 in Galveston, an area that stretches from 59th Street to 81st Street and includes Lake Madeline and numerous apartment complexes. In that neighborhood, 1,194 people voted for Biden and 1,152 voted for Trump. Biden took 50.3 percent of votes in the neighborhood, Trump took 48.6 percent.

While no precincts flipped in this year’s elections, there where shifts in how strongly certain areas supported Trump or how much they supported Biden over Clinton.

In League City, Precinct 490, which is centered on the League City Intermediate School, shifted slightly more toward the Democratic Party candidate. In 2016, Clinton received 26.4 percent of votes in the precinct. In 2020, Biden received 33.7 percent of the votes there.

Locally, turnout in almost every precinct increased by more than 10 percent, and in some places it increased by much more, likely because of increased residential development in the county.

In sheer numbers, the highest overall turnout was 6,216 in League City’s Precinct 263. In 2020, 1,817 more people voted in that district than voted in the 2016, the greatest overall increase in the county.

No matter the outcome, sure hope this kind of voting participation by all parties is sustained going forward.

Perhaps I need to leave the sandbar and move to Alvin!!