The law is fairly long. Its final version spanned 76 pages.

" SB 1 bans drive-through voting..." Curbside voting is still there for anyone physically unable to enter the building.

"The law bans drive-thru voting or casting a ballot from inside a vehicle unless participating in curbside voting due to sickness or a disability."

What Liberals wanted was ANYONE could do curbside voting.

During the last General Election I saw people with crutches, walkers, wheel chairs, even a quadriplegic enter the poling pace to vote. All buildings used for polling must be ADA compliant.

I only knew one person who used curbside. He was dying and was on oxygen. So what's your excuse?

Fellas, fellas, fellas! Why so testy? A bit touchy and defensive are we? Worry not, for it shall pass once you've gained some confidence through education and enlightenment.

Here's a bit of help to get you started. You both appear to enjoy & default to the use of the term "liberal" as if it is some type of slur. (Slurs being something y'all are familiar with.[wink]).

You see, those on your side of the fence have developed something of a negative connotation for the word "liberal", as if it we're a bad thing. Imagine if grandma didn't put a liberal amount of gravy on your turkey & dressing at Thanksgiving. Nothing wrong with an adequate amount of gravy, so as not to choke on that dry, white meat. And I'm sure she does this out of love and concern for you and others.

Now, travel with me as we harken back to the days of yore; a time when an automobile's wheel bearings required maintenance or replacement. When the instructions call for you or your mechanic to "reassemble in reverse order, applying a liberal amount of grease," no problem there, no? I mean, c'mon no one wants to see you and/or your car fail (ok, almost no one) so the "liberal amount of grease" was called for to ensure your safety and well-being, and the successful repair of your ride. Pretty simple stuff.

You see, a liberal amount of anything is intended and implied, perhaps even suggestive, of something good and favorable. Something by its quantatative amount, is a positive.

Unfortunately, somewhere along the way, and with the full endorsement of those those rascals Reagan, Gingrich, Limbaugh & O'Reilly, et al, the word "liberal" was hijacked and reimagined as being something negative. Hijacked, much in the way you all and your Tea Party nut-jobs stole the word "patriot" and redefined it as "being anyone we like and supports our misguided bunch, no matter how misguided we may ever be." Oh, for the shame!

Now we all know, and it has been repeatedly proven, just how devisive and manipulative FAWKS News is; even having to admit, under oath, that they are not a legitimate news outlet. So, I would venture guess that they, too, were complicit in y'alls bold attempt to molest common words of the English language. (Did I say "molest"? More on that later.)

So here is the deal. The opposite of 'conservative' is a 'progressive'. As most of you like to remind all of us, you believe that you are conservative, in thought, action and deed; down to the very fiber of your being. This is great and no problem (were it true). Most I know would have no issue with referring to you as a "Conservative"; showing you a modicum of respect & not questioning your actual, true ideology & world view. It would be only just, level and the honorable thing to do, by reciprocating with the use of "Progressive" for those of us which you have been unknowingly conditioned to dispise. Just giving it a try might allay your fears of it not being disparaging and derrogatory enough of a reference. Who knows, this could be your opportunity to get in on the ground floor of hijacking the next new moniker for those you have come to view as your arch-enemy & nemesis, The Boogeyman!

Let's wrap this up here. You all use 'liberal' as a slur; a name for the people whom you despise, at least politically. Should you ever think and care to address their agenda, it is a 'progressive' one; just as yours might be a 'conservative' one. When you choose to use an otherwise positive, descriptive word from our language and turn it into an ugly, spiteful name for a group you do not like or agree with, you just add fuel to the political fires that are destroying our country. Name-calling for lack of a better term, tends to be somewhat juvenile, even in this day and age. So please consider the use of the term 'progressive' and when you won't and don't, don't act dismayed and confused when someone refers to you and your 'conservative' friends as racists, hate-mongers, terrorists, misogynist, hypocrites, etc. "Conservative" and "Progressive" are so much more dignified, positive and respectful.

I like "progressive". They've got the Name Your Price Tool. 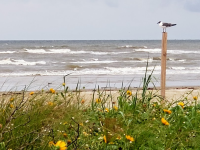 'You all use 'liberal' as a slur" Be happy. We used to call them Libtards.

“I Spit On Your Grave”. An all time great horror movie.

I haven't followed all the details about this, or all the comments- but...

when the state/gov said that Harris county - with MILLIONS of voters- could only have one drop box for ballots (the same as the least populated county in Texas) he lost all credibility concerning impartiality.

There's a ballot drop box sitting in front of my house.

There's a ballot drop box sitting in front of my neighbor's house.

There's a ballot drop box sitting in front of ALL my neighbor's houses.

When not used as ballot drop drop boxes they're used as mail boxes.

I'll bet there are millions of ballot drop boxes in Harris County. Are you saying Harris County voters are too stupid to use them?

Nothing wrong with John's article.

The facts are there, mixed in with a dash of 'no proof of fraud' as a shout out to the home team, for sure, but all in all a good article, laying it out.

Of course, there's no proof that anyone runs or rolls through stop signs, either, until caught....motive and opportunity and nobody looking...it's not just for traffic laws.... But, I digress...

Essentially, we return about 95% to where we were pre-pandemic, which is good, with another 5% tossed in to make it as likely as possible that Fred is Fred when voting.

If you feel suppressed by these extremely simple things making it easy to vote but a bit harder to cheat, ask yourself why, other than someone told you you should be.