(20) comments Back to story

How exactly does an appointment mitigate anything having to do with an election?

Sometimes decisions are just wrong and against the public’s best interest. Please change the map back for the minority district.

As a question, has there ever been a female county commissioner?

"As a question, has there ever been a female county commissioner?"

Does Charlotte have a checklist of unimportant qualifiers? You should put the best person in that office without considering race, creed, color, ethnicity, gender, sexual orientation, etc.

Absolutely, the most qualified candidate should be elected or appointed.

I know Dr. Robin Armstrong. I know he is qualified. The women I know who are qualified have goals other than County Commissioner.Specifying unimportant qualifiers for the position is prejudicial.

Carlos, the prejudicial parts of this issue are the comments that because Dr. Armstrong is black the lawsuit goes away. I notice you aren’t commenting on that. Many of the comments in the article were basically about race quotas instead of qualifications. Women make up at least 50% of the voting population, come in all colors and political affiliations, and many are qualified to be considered.

Unfortunately, the process sounds like we will never know if other qualified candidates - including women - apply.

I’m assuming that the answer is no ….. no women have EVER been viewed as the most “qualified” applicants and given the opportunity to serve. That seems a shame.

"Carlos, the prejudicial parts of this issue are the comments that because Dr. Armstrong is black the lawsuit goes away." True. But when the LAWSUIT filed by Democrats is ALL ABOUT RACE, County Judge Mark Henry and the rest of the Commissioners must respond in that manner.

Is Dr. Armstrong's race ever mentioned? No.

Charlotte posts, "Qualified women of all races and political parties and independents that could have qualified to be appointed."

How many women were interested in the position? NONE.

The only person interested in the position other than Ken Clark was fellow Republican Matt Robinson. No Democrat was interested. Exactly ZERO Democrats filed for the position in the March primaries.

Dr. Armstrong was on the Republican ballot for the position of State Senator but was defeated by Mayes Middleton in that race.

Is Charlotte O'rourke interested in the position? If so then file for it in the next election cycle. Or convince one of those "Qualified women of all races and political parties and independents that could have qualified" to run.

Otherwise, in THIS election cycle NO WOMAN WAS INTERESTED in the position.

Carlos, we weren’t talking about your posted article, but this one which starts off with in its “184-year history, two members of the commissioners court are Black men”, and goes on with comments about the lawsuit no longer being necessary.

Don’t be naive and think race or gender never enters into political appointments from Regan’s nomination of Sandra Day O’Connor to the Supreme Court to Biden’s recent nomination of the first African American woman …. Race and gender are part of the equation.

With that said, I like my county commissioner but not because he’s white, male, and Republican. I like him because I think he does a great job, but don’t agree with this vote that disenfranchises minority voters.

Sometimes, a vote in hindsight is just wrong, so back to the original question, in its 184 year history has a county commissioner ever been female?

BTW, According to this news story, we do not know who has or will apply for the position.

"BTW, According to this news story, we do not know who has or will apply for the position." Since this is NOT an position to be applied for what's the point of your post?

Carlos, The point was you stated no women wanted the job and I pointed out that you don’t know that is true as:

“County officials on Friday, however, said there was no formal application process to be considered by the precinct chairs or duty to reveal how many people were nominated or considered before the replacement is revealed.”

Happy Father’s Day to all you father’s. I hope you have a great time with family.

Good Lord! County Judge obviously does not have a clue. Hired counsel does not desearve whatever amount we are having to pay them. Commissioners Court needs to cut our losses now and settle these cases.

Good try Judge Henry, but your stunt is not going to work. Also it seems for this tactic to hold water Dr. Armstrong would need to be elected to this position. I just don’t see that happening. But hey Mark you tried!!!

"Dr. Armstrong would need to be elected to this position." Whomever the Republican precinct 4 chairs select, he or she will be the only nominee on November's ballot since Democrats are running no one for that position.

Dr. Armstrong is a good choice.

Dr. Armstrong will be running unopposed. I think that's a pretty clear path to victory. 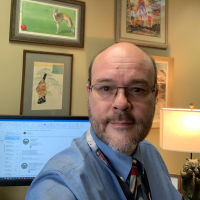 Untrue. What an awful argument. Disenfranchising the African American community’s vote has nothing to do with the color of a person who is elected (or appointed). It’s the fact that they must be allowed to vote together for whom they want to represent them. They don’t necessarily have to vote for an African American,…they may instead vote for an inspirational Asian American,…or Caucasian. But they must have that choice. Who cares what the current racial makeup of the court is. They need their voice…whomever they choose,…and it’s been intentionally taken away.

Dr. Armstrong seems ok with being used in this 'slick' way to make it all moot. Nickel says it doesn't.

Dr Robin (hydroxychloroquine) Armstrong is a far right Republican. Armstrong is pictured on the header of his website with Trump. He is also pictured with a bottle of controversial hydroxychloroquine. He is not someone the Stephen Holmes Democrats would choose to vote for. Galveston County argument that the redistricting lawsuit is moot is a Mark Henry lie.

Thanks for mentioning Dr. Armstrong's use of hydroxychloroquine to save lives.