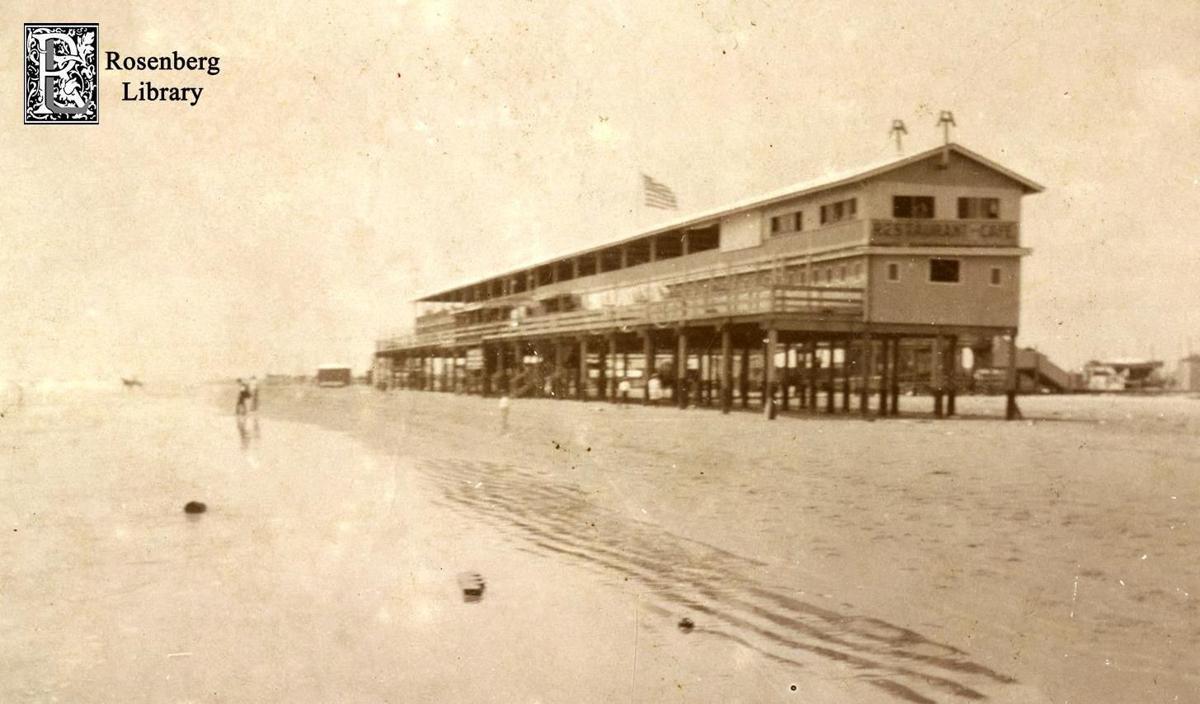 The original Murdoch’s Bathhouse was built directly on the beach along the Gulf of Mexico. The 1900 Storm destroyed the bathhouse on September 8, 1900. 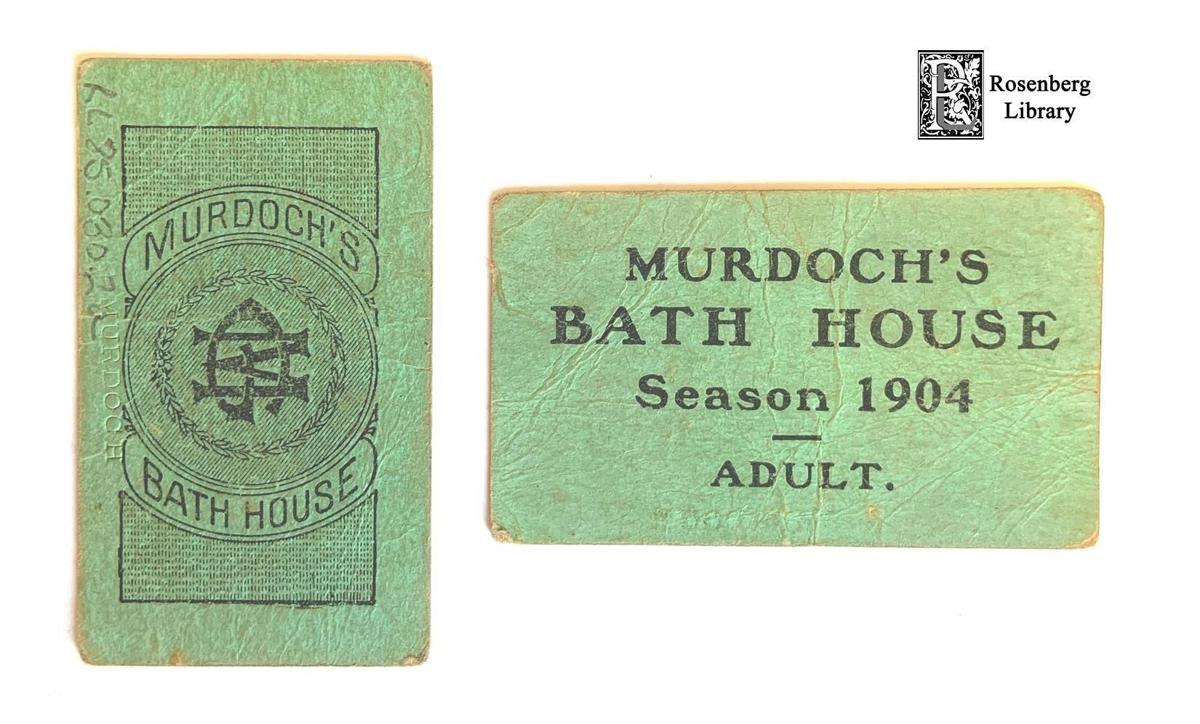 These membership passes were issued to bathers during Murdoch’s 1904 swim season (gift of Doyle McDonald). 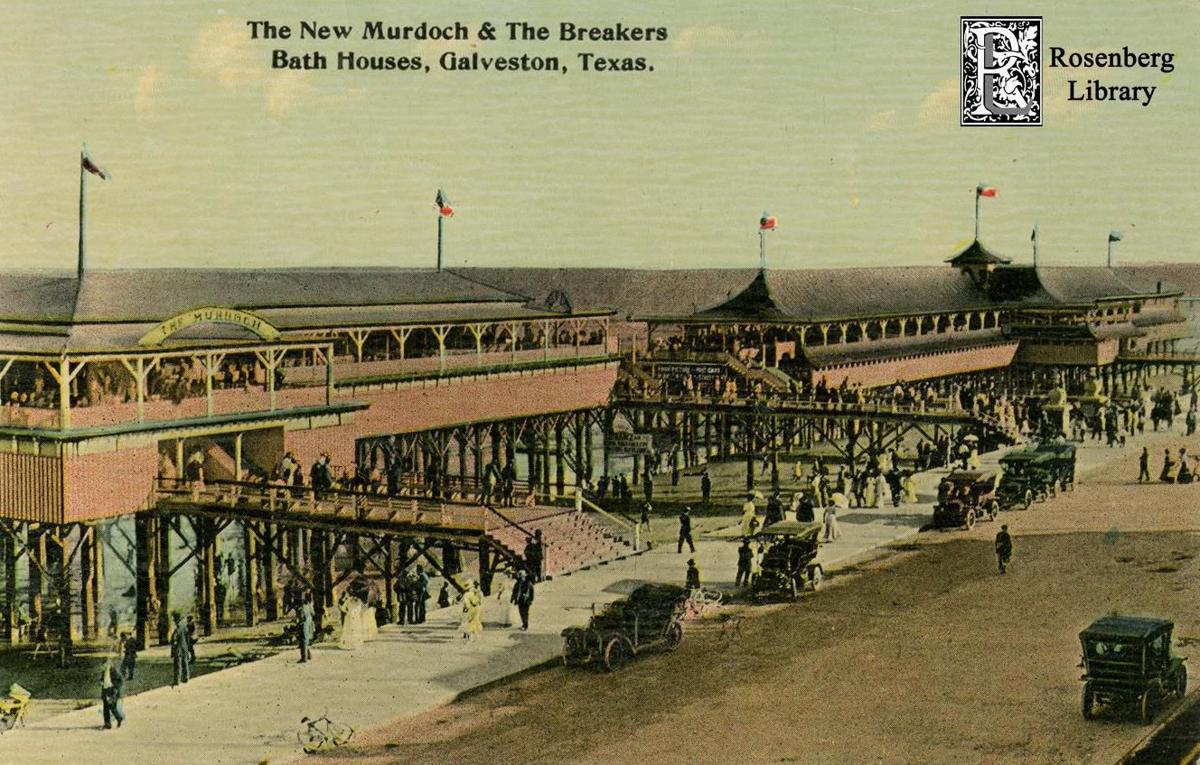 This ca. 1917 postcard shows Murdoch’s Bathhouse after it was rebuilt following the hurricane of 1915. The facility was expanded, and the floor height was raised to 10-feet above the seawall.

The original Murdoch’s Bathhouse was built directly on the beach along the Gulf of Mexico. The 1900 Storm destroyed the bathhouse on September 8, 1900.

These membership passes were issued to bathers during Murdoch’s 1904 swim season (gift of Doyle McDonald).

This ca. 1917 postcard shows Murdoch’s Bathhouse after it was rebuilt following the hurricane of 1915. The facility was expanded, and the floor height was raised to 10-feet above the seawall.

Murdoch’s Bathhouse has been a Galveston landmark since the late 19th century. During the month of July, Rosenberg Library, 2310 Sealy St. in Galveston, will display several items related to this island institution. Among these will be historic photos, tickets and other souvenirs.

The original Murdoch’s Bathhouse opened in Galveston during the late 19th century. Located directly on the beach near the foot of 23rd Street, Murdoch’s offered bathing suit rentals, changing rooms and shower facilities. Because Galveston lacked a seawall at the time, the beachside structure was destroyed by the 1900 Storm.

By February 1901, proprietor George Murdoch had rebuilt the bathhouse at the same site. According to an interview with The Galveston Daily News in January 1901, Murdoch said he believed Galveston’s recovery would be dependent upon its future as a tourist destination. Establishments such as his bathhouse attracted visitors to the island during the summer season and helped boost the local economy.

Unfortunately, just eight years later, another powerful hurricane struck the Gulf Coast and destroyed the bathhouse. In 1911, a new and improved Murdoch’s opened at a cost of $35,000 (nearly $1 million in today’s dollars). The bathhouse stood on 160 10” x 10” wood piles and was designed to withstand hurricanes.

It featured 542 rooms with separate changing areas for men and women. A promenade deck on top of the building offered excellent views of the Gulf of Mexico and could accommodate up to 2,000 guests for special events.

In addition, the bathhouse featured a lifesaving station for emergencies. This more substantial facility allowed for independent businesses to operate within Murdoch’s.

One such enterprise was a souvenir and gift shop managed by William Guyette, whose descendants became the owners of Murdoch’s bathhouse for several generations. The first Gaido’s restaurant was also inside Murdoch’s.

Sadly, the improved construction wasn’t a match for the devastating hurricane that hit Galveston a few years later in 1915. However, Murdoch’s was rebuilt once again in 1916, this time with its floor raised 10-feet above the seawall. The facility was expanded to accommodate 1,000 bathers.

Over the years, Murdoch’s evolved to meet the changing needs of its customers. When bathing suit rentals and changing rooms were no longer in demand, Murdoch’s began selling refreshments, beach supplies and tourist souvenirs.

The 1916 Murdoch’s bathhouse continued to stand strong until Hurricane Carla in 1961. As with the previous storms, it was reconstructed. Most recently, Murdoch’s was destroyed by Hurricane Ike in 2008.

The Galveston landmark was rebuilt and reopened its doors to visitors once again. The iconic structure is a symbol of Galveston’s resilience and willingness to weather storms for well over a century. It remains a popular destination for island tourists.

Thank you for this informative piece. In the 60's, we would walk up 23rd and "people watch" in front of this business. We were just kids but, so many different people were drawn to this unique place on The Seawall. Such good memories. Thanks Again! 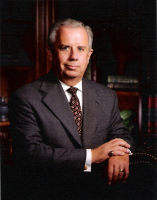 Murdoch's was substantially more than a bath house. It had a bingo parlor, slot machines around the parameter of the second floor, a night club called the Blue Room where there was a bar, illegal at the time, and always a nice dance band. Jose Ortiz and his orchestra played there frequently. And there was a gift shop that in the 40s and 50s was leased to Billy Guyette, The property was a high money maker.

That was interesting and well written. More like this, please.