Thank you. Your account has been registered. Check your email for details.

Submitting this form below will send a message to your email with a link to change your password.

An email message containing instructions on how to reset your password has been sent to the e-mail address listed on your account.

Thank you. Your purchase was successful.

A receipt was sent to your email. 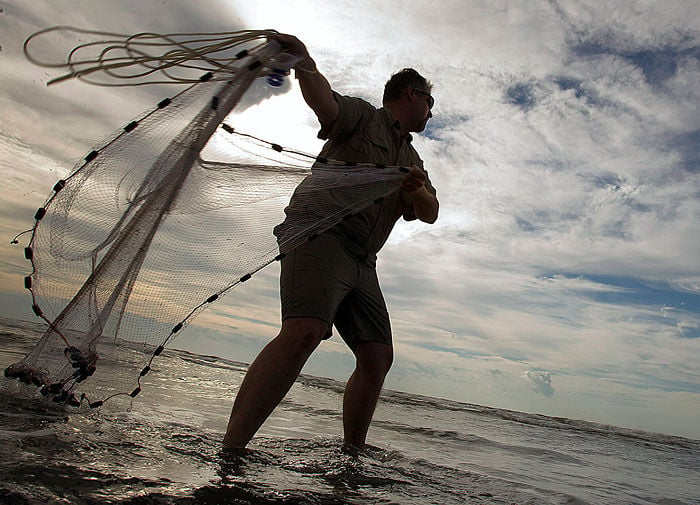 Mark Brister of San Antonio tosses a casting net into the shallow water near Termini-San Luis Pass Road on Galveston Island on Wednesday. 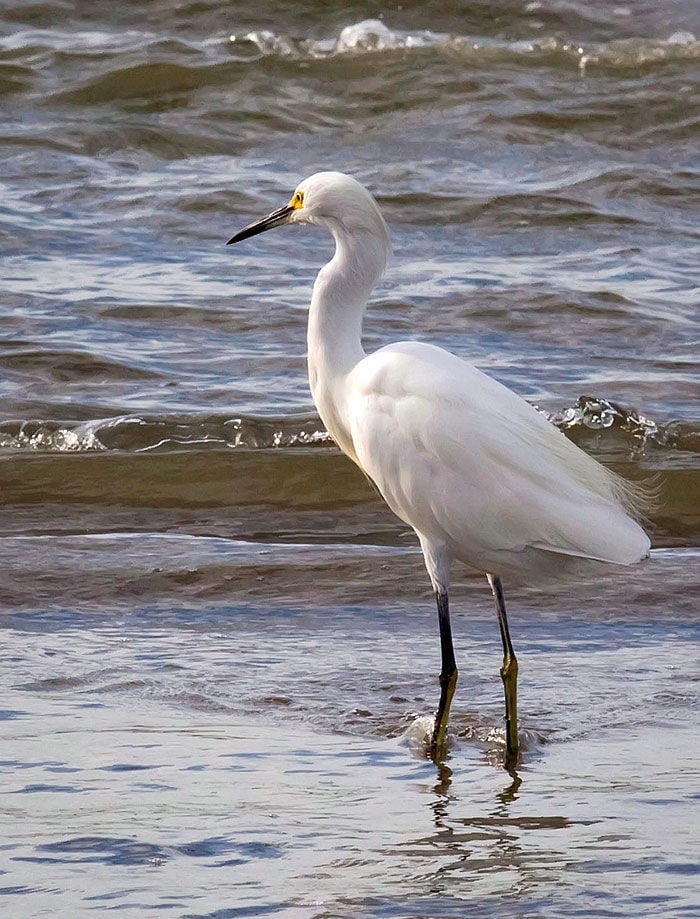 A bird looks for a morning meal in the surf near Termini-San Luis Pass Road on Galveston Island. 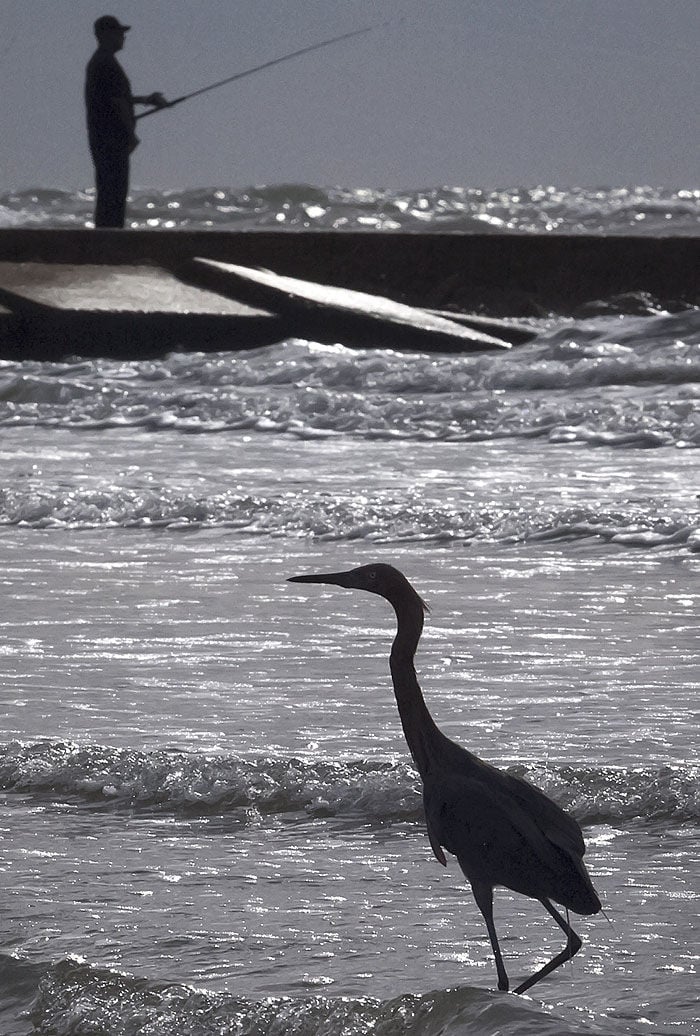 A bird wades in the surf as anglers fish off a jetty neat Termini-San Luis Pass Road on Galveston Island on Wednesday. 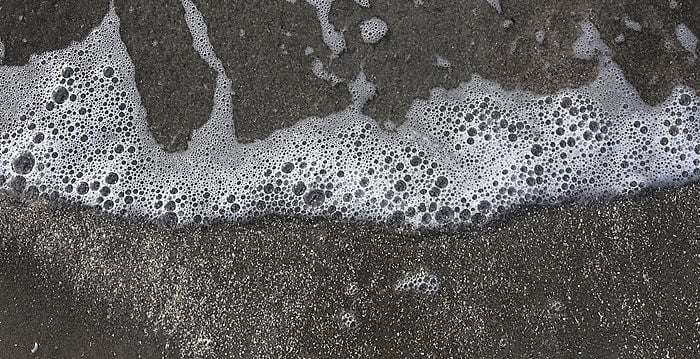 Water flows back out into the Gulf of Mexico.

Mark Brister of San Antonio tosses a casting net into the shallow water near Termini-San Luis Pass Road on Galveston Island on Wednesday.

A bird looks for a morning meal in the surf near Termini-San Luis Pass Road on Galveston Island.

A bird wades in the surf as anglers fish off a jetty neat Termini-San Luis Pass Road on Galveston Island on Wednesday.

Water flows back out into the Gulf of Mexico.

Tides are one of the most misunderstood natural phenomena.

If you asked a group of people what causes the tides, almost all would say the gravitational pull of the moon.

Although true, this is a gross simpli-

fication. Few can even explain why there are normally two high tides per day. I hope to cover, as Paul Harvey would say, “the rest of the story.”

In a previous column, it was mentioned that gravity decreases with distance from the source.

The earth is subject to what are called “tidal forces” from both the moon and the sun.

Tidal forces are the result of small differences in the combined gravitational pull of the moon and sun at different places on the earth due to differences in distance from the source.

This idea of gravitational differences due to different distances from the source, versus pure gravitational force, is quite confusing and complicated, but is the key to understanding what really causes the tides.

These differential forces that cause the tides are very small compared to the overall gravitational attractions of the earth, moon and sun.

As usual, the most accurate way to describe and quantify natural forces, such as the tidal force, is to use the real language of nature, which is mathematics.

However, in this case calculus and vectors are involved (yipes!) so we won’t go there. Instead, I will use two informative, but not perfect, illustrations.

Three brothers are standing in a row. They are in order, biggest to smallest.

The middle brother has on a long-sleeve shirt. The two other brothers each have hold of a sleeve of that shirt.

The oldest brother takes off running. As expected, the older brother can run faster than the middle brother and likewise on down the line.

This force in both directions is similar to the differential force which causes the two high tides on opposite sides of the earth in line with the Moon and Sun’s gravitational pull.

Let’s say you were to take an underinflated volleyball (something like what we used to use for a dodge ball) and attach a light cord to it at one point. Now swing the soft volleyball around in a circle, using maybe 10 feet of cord.

Our intuition and experience tells us the ball would elongate into an oval. Bulges would form on the front and back (high tide) of the ball in line with the cord. The ball would suck in on the sides perpendicular to the cable (low tide).

It’s amazing that our experience living in a gravitational field tells us what would happen even, though we are not exactly sure why.

Now the earth rotates once every 24 hours. This rotation continually brings different points or sides of the earth in direct line with our cord (gravity of the sun and moon). Thus the two tidal bulges and depressions move across the earth’s surface like a very long wave.

Therefore, on average, each surface location tends to have two high tides and two low tides per day.

Why do tides vary?

There are many more details to be covered to more fully understand the tides — things such as how and why the size and timing of the tides vary day to day.

As mentioned, both the moon and the sun cause the tides. The moon is the major cause of the tides; however, the sun has an effect that is about half that of the moon.

Since the sun’s gravity holds the earth in orbit around itself, while the Moon orbits the Earth, it is logical to ask why the sun has the largest impact on the tides, as its raw gravitational pull on the Earth is much larger.

The answer is that tidal forces are not due to raw gravitational pull, but are the small differences in these raw gravitational forces at different points on the earth. Because the sun is a greater distance from the earth, the sun’s gravity, although stronger than the moon’s, varies less across the earth than that of the moon. (Are you confused yet? I told you this tide stuff was complicated).

Now the sun and the moon don’t always line up and pull together.

When the moon is on the same side of the earth as the sun (new moon) or opposite side (full moon), their tidal effects combine and we get higher high tides and lower low tides called spring tides. The term “spring” here has nothing to do with the seasons but means to “to rise up.”

When the moon is 90 degrees from the sun at half-moon (waxing or waning), their tidal effect tends to cancel, and we get lower high tides and higher low tides. These are called neap tides.

The term neap comes from uncertain origins but likely originally meant “lacking power” or “barely touching.” The moon goes through a full cycle, full moon to full moon, in about 28 days.

To do this, the moon falls behind the sun each day in the sky by about 50 minutes. Thus, we observe the moon to rise 50 minutes later each day.

Since the moon has the biggest effect on the tides, and our time is based on the sun, high and low tides occur 50 minutes later each day. So the time, high tide to high tide, is 12 hour 25 minutes — if no land is involved.

Everything I have said up to now concerning the tides has disregarded the interruptions and complications introduced by land masses, such as continents, islands, straits, peninsulas, etc.

The regularity of the tides is complicated by the fact that about one quarter of the earth surface is land, not water.

In some areas such as the Bay of Fundy in Nova Scotia, Canada, the range of the tides is huge.

Here the Atlantic Ocean feeds an 80-mile wide bay entrance. The bay then narrows steadily over about 250 miles. This gradual funneling squeezes the tidal flow and results in average tidal ranges in the bay of 15 to 35 feet, which is higher than our seawall.

Since the Bay of Fundy is open to a large ocean, it has two high tides a day, spaced 12 and a half hours apart. These are called semidiurnal tides.

The situation in the Gulf of Mexico is on the other end of the scale. The Gulf is more like a very big circular bathtub, with rather restricted entrances around Cuba.

Tides in the Gulf are not as regular as in the open ocean. The tides tend to somewhat slosh around in the Gulf, which causes irregularities.

For example, most of the Mexican coast normally has only one high tide per day (diurnal tides), whereas our Texas coast has mixed tides — sometimes diurnal and sometimes semidiurnal (two high tides per day).

Furthermore, the average tidal range in the Gulf is low, something between one to two feet.

Things get even more irregular when we look at Galveston Bay tides.

We are a barrier island with two rather narrow openings to a back bay. These two inlets (the Jetties and San Luis Pass) restrict tidal flow into and out of Galveston Bay. Therefore, bay tides lag behind beach front tides significantly.

Unlike the beach front, the bay never really sees the full high or low tide. Before all the water from a high tide can get into the bay, a low tide has already begun.

Thus bay tides are generally about half the height of beach front tides.

To determine the timing and height of tides around Galveston, I first strongly recommend you find a published tide schedule for the exact location of interest.

However, if all you have is a schedule for the tides on beach front at the seawall, my crude “rule of thumb” for the bay is:

• Add about an hour for tides around the Texas City Dike.

• Add two to two and a half hours for tides in central West Bay and far East Bay.

• The further up Galveston Bay you go toward Houston keep adding time, knowing that tides around La Porte are about four hours behind beach front tides.

I know many will disagree with these estimates. I would like to hear others. Wind and weather can significantly affect the tides in Galveston Bay, so expect to be surprised.

Thanks for another nice article, Joe. Like you say, very complicated!

Thank you for a wonderful article.

Thanks for the comments.

I found a typing error in the section on " why the tides vary".
The sun has half the effect that the moon has on the tides. The wording in this section could be interpreted to say the sun has the greatest effect and that is not correct.

Hey Joe, in another story a person is quoted as saying sand migrates west along the Galveston beachfront, and another person confirms this in a forum comment.

Regardless of direction, what causes movement of sand parallel to the beach? No doubt it's a combination of winds, tides, storms, etc., but in the long term, what generally makes a grain of sand move along the beach?

Good article, Joe. Enjoyed getting back to basics just for a moment.

Jake, an excellent book on many beach related subjects , such as sand migration, is
" The Beach Book" by Carl H. Hobbs. Svrige1 is right many different things are involved. The book covers how barrier islands are formed, which I found very interesting.

Thanks, Joe. I'll check it out.

Thanks for comment Thomasgaian. Cannot get much more basic than what causes the tides.